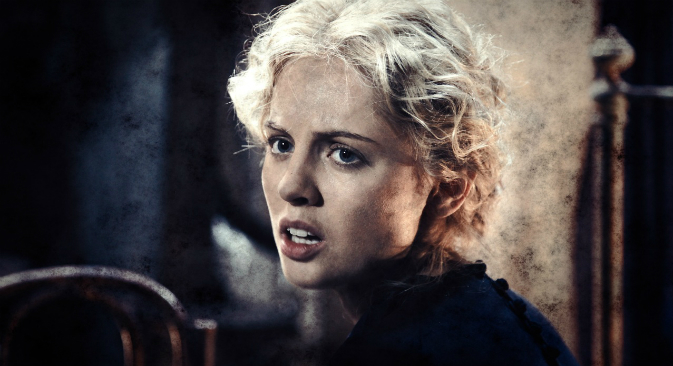 A still from the film Stalingrad. Source: Kinopoisk.ru

The U.S., Canada, and the Baltic republics are not on the list of countries where the Russian Culture Ministry intends to promote Russian cinema in 2015. They have been replaced by Asia, specifically China, Mongolia and North Korea. Film critics have described the move as political.

When it comes to promoting its cinema abroad, Russia is increasingly looking eastwards.

The list of countries where the Russian Culture Ministry will sponsor festivals and Russian film weeks in 2015 does not feature the U.S., Canada, the Baltic republics and several Western European countries. Instead the focus is on China, Mongolia and North Korea, as well as former Soviet republics, the Balkans (Serbia and Slovenia) and Latin America among other places.

This is the first time that festivals and Russian film weeks supported by the ministry will be held in North Korea, South Africa, the Trans-Dniester breakaway region of Moldova and Abkhazia. There is one place in Europe that will have a taste of the Russian silver screen: Monaco. The tiny European state is celebrating the Russia-Monaco year of culture.

Film critics are divided on the choices.  Some say this change in geography is a logical step, while others see it as a political move.

The places chosen to promote Russian cinema and the budget for the promotion have been steadily shrinking over the past few years. In 2013, the program involved 35 countries and had a budget of 169.8 million rubles, in 2014, 26 countries and 117.3 million. This year, it is 22 countries and 96.7 million rubles. Depending on the country, the cost of holding a Russian film week varies from 500,000 to 2.5 million rubles.

Focus on Asia and China

The managing director of the Lenfilm studio, Eduard Pichugin, says that the move eastwards and to regions of the former Soviet Union is quite justified: “Former Warsaw Pact countries are the best places to promote Russian films,” Pichugin says. “In America, nobody wants us apart from a rather narrow circle of the Russian-speaking diaspora. Whereas in these countries Russian culture still can resonate. The same applies to China. Many generations there grew up watching Soviet films and older people can even sing ‘Katyusha’ still.”

He adds that Russian movies could easily attract a large following in China. “This interest is alive still. A case in point is the box office result shown by ‘Stalingrad’ (the first Russian film to have received a distribution license in China in the recent past).”

Yuly Nisnevich, a professor at the Higher School of Economics disagrees and believes that the decision is political. “There is more of a political motive here,” he says. “Obviously, the ‘soft’ promotion of Russian culture in the West is currently somewhat complicated and there is a high risk it coming up against a brick wall, therefore it is logical to shift one’s attention to countries where there is no such danger.”

Prominent Russian film critic Daniil Dondurey also believes that the current program is driven by a political agenda and ignores established cultural links. “Rapprochement with China or many other countries from that list has its limits,” he says. “People living in Russia, whether we want it or not, feel like Europeans, think like Europeans and do not have an affinity with Asian culture.”

A still from the film Stalingrad. Source: Kinopoisk.ru

The films featuring in the 2015 program of festivals and Russian film weeks features movies made in the past two to three years. These primarily include war and patriotic hits, like the Russian-Ukrainian blockbuster Battle for Sevastopol, a biopic about the legendary female sniper, Lyudmila Pavlichenko, whom the Nazis were desperate to eliminate.

The drama Stalingrad, taking place in 1942, tells the story of a group of Soviet scouts who have been ordered to capture and keep hold of a house on the right bank of the Volga, at any cost.

Battalion is another drama, this time about World War I and the first female battalion, called the “battalion of death” under the command of St George cross-decorated Maria Bochkareva.

In addition to war films, this year’s program also features sports dramas, like Champions which tells five stories of Russian athletes’ great sporting victories, and Legend No 17, a biopic of legendary Soviet hockey player Valery Kharlamov; as well as a comedy called Speak of the Devil (Legok na pomine in Russian) about a young real estate agent who wants to get a power of attorney to buy and sell an old mansion and seeks to ingratiate himself with the elderly lady who owns it. Also on the list are Spiral, an action thriller about a gifted programmer from Novosibirsk, and one of the most acclaimed Russian films at festivals, the drama While Nights of Postman Tryapitsyn.