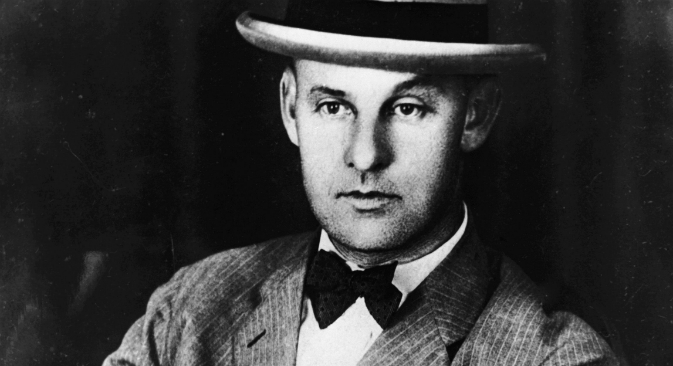 Sambo, a mixture of different wrestling styles, is the most popular martial art in Russia. 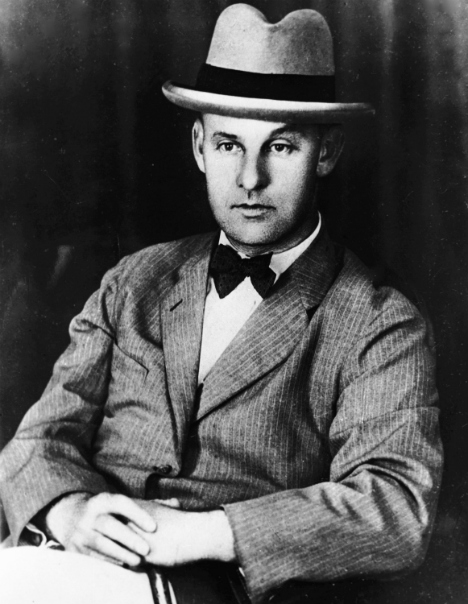 Vasily Oshchepkov was born on January 6, 1893 in a small village called Alexandrovsky Post, located in the northwestern part of Sakhalin Island. After his parents died in 1907, he was sent to the Tokyo Orthodox Seminary. The seminary specialized in teaching Japanese, one of the fields Oshchepkov excelled in.

Saint Nicholas, archbishop of Japan and the founder of the Seminary, also pointed out Oshchepkov’s calmness and politeness. The students of the seminary embraced a Japanese lifestyle. They wore traditional clothes, ate local food and even slept on futons. But Oshchepkov managed to become even a little ‘more Japanese’ than his Russian peers (there were over 20 Russian boys among the students).

In 1908, judo classes were included in the seminary curriculum. The classes were conducted by Okamoto Yoshiro, a police officer from the Tokyo district of Kanda, who held a 2nd dan. Showing great ability, Oshchepkov, along with another seminary student, was invited to the Kodokan Institute, the headquarters of the worldwide judo community.

Just like in the seminary, the discipline in Kodokan was harsh, and it was extremely difficult for the young Russian to attend two schools at the same time.

To make matters worse, judo classes used to be much less forgiving towards students back then, and, to boot, Oshchepkov had to practice the martial art among the people who had been at war with his country of origin just a few years back. Nationalism was on the rise in Japan, and the fact that Oshchepkov eventually became the first Russian student to graduate from Kodokan, holding the first dan, was nothing short of a heroic feat on his part. Much later, Oshchepkov’s students recalled he kept a newspaper clipping with an article mentioning his achievement, entitled Russian Bear Prevails. Alongside with that, Oshchepko also graduated from the seminary, receiving outstanding grades, and was sent to Harbin to serve in the Russian army as a military interpreter.

No matter how difficult his time in the army was or how horrible the situation in his home country became, he never stopped honing his judo skills ever since. In 1917, Oschchepkov became one of the organizers of the first ever international team tournament in judo with the team of the Otaru-city Commercial High School. The same year, during a trip in Japan, he passed the exam for the 2nd dan in judo.

After the 1917 Revolution in Russia, Oshchepkov served as an interpreter at the headquarters of the Japanese expeditionary force. On February 23, 1918, the Urajio Nippo newspaper reported, “The Sports Society of Vladivostok will host judo and boxing competitions. The tournaments are to start today at 3 AM. The competitors are brave men from Japanese and British warships.” The same day, the commander of the fifth Japanese fleet, Rear Admiral Kato Hiroharu, who was a keen judoka, wrote in his diary, “I had the chance to spectate at the judo competitions held by the Sports [Society]. Vasily was amazing! He made me participate in a demonstration of paired kata with him.”

Alas, Oshchepkov had to leave Vladivostok soon. Deciding to become a film distributor, he bought all the necessary equipment and film reels, and set off to Northern Sakhalin. For several years he screened movies for the Japanese military stationed on the island, acting simultaneously as the owner of his company, the projectionist and the benshi - a performer providing narration for silent films.

Some time later, he moved to Japan, which became a new home for a lot of Russian immigrants in the wake of the revolution. Unfortunately, he failed to establish a film enterprise in the country and had to return to the Soviet Union in the spring of 1926. Once there, he devoted his body and soul to the promotion of judo.

In 1929, Oshchepkov became the judo coach at the main sports club of the Red Army, later moving to the Moscow Physical Education Institute. In just a short period of time, Oschepkov, who was completely out of touch with his foreign colleagues due to the closed nature of the USSR, managed not only to make judo a truly popular sport among the Soviets, but also to change it and adapt it to the Soviet reality, creating a completely new martial art which was dubbed sambo (acronym of “samozashchita bez oruzhia” or self-defense without weapons) in the 1940s.

According to Alexey Gorbylev, a martial art historian from the Moscow University, evidence suggests Oshchepkov was familiar with at least several dozen different self-defense practices from around the world. By the end of 1930s, Oshchepkov’s judo was significantly different from the classic Kodokan judo, surpassing it in many aspects. It included various athletic and applied techniques borrowed from other martial arts, and was essentially a unique self-defense system. “With its vast array of techniques and high level of development, Oschepkov’s judo system was outstanding for the time, and, undoubtedly, was one of the most advanced hand-to-hand combat systems in the world,” says Alexey Gorbylev.

Sambo is becoming very popular in Japan. The country has already hosted several competitions for Vladimir Putin’s Cup (the Russian President holds ‘master of sports’ degrees both in sambo and judo), and the Japanese city of Narita held a world championship in November 2014. The Russians, of course, are flattered by these developments. As for the Japanese, sambo could very well become another source of pride for them, considering it was invented by a man who was educated in Tokyo, had a deep knowledge of judo and devoted his life to promoting this fantastic martial art. 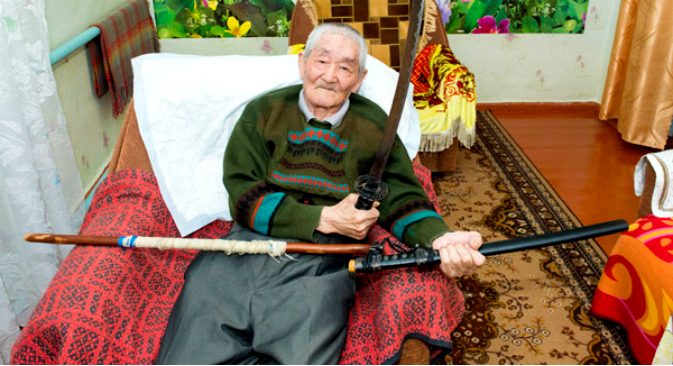