From Tolstoy to the Queen of Horror: Childhood in Russian literature 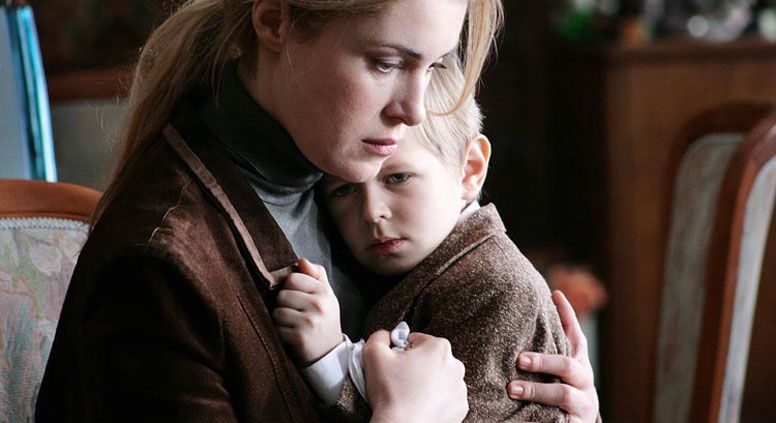 A screenshot from 'Bury Me Behind the Baseboard' movie, based on the book by Pavel Sanaev. Source: Kinopoisk.ru

June 1 is International Children's Day, and so to mark this occasion RBTH presents a round-up of famous Russian literature on the theme of childhood.

Many Russian writers, including Tolstoy, Gorky, Bunin and Nabokov, have recalled and written about childhood, each bringing their own style and interpretation to this subject.

As with so much else in Russian literature, Leo Tolstoy was the first major Russian author to combine autobiography with fiction in his depiction of his early years. When he sent his first novel, Childhood (1852) to The Contemporary magazine, the editor changed the title to History of My Childhood, which angered Tolstoy at the time, although he later recognized that the book was not a work of pure fiction.

Childhood dates form the Caucasian War and bears the influence of Rousseau, Dickens and Sterne. Life in the city only holds negative connotations for the boy, and Tolstoy uses his special, almost spiritual relationship to nature to explore the idea that childhood innocence is a paradise lost. “Happy, happy unforgettable time of childhood! How can one not love, not cherish its memories?” wrote Tolstoy.

Aleksey Peshok, the main character in Maxim Gorky’s My Childhood (1913-1914), the first part of an autobiographical trilogy, does not live in a Tolstoyan paradise. His upbringing is deeply affected by intense, violent arguments between his uncles, the beatings meted out by his grandfather, and his mother's complex and difficult life. It is only the compassion and care shown to the boy by his grandmother that allows him to navigate this harsh environment without his spirit being broken.

Gorky's book is notable for its depiction of the struggles faced by ordinary Russians of the day, and forms an excellent counter-balance to Tolstoy's fictional recollections of his own childhood.

During Stalin’s day, literature about childhood was used as a means of propagating socialism and its ideals. One of the most accomplished prose writers of this era was Valentin Kataev. His narrative takes on an epic quality, and the transformation of the immature child into an adult is part of the process of socialization and integration into the collective. Kataev’s Son of the Regiment (1945), the story of an orphan boy adopted by an artillery regiment during the war, was an immense success, and was made into a movie almost immediately.

Other mid-20th-century authors such as Bunin in The Life of Arseniev (1930) and Nabokovin Speak, Memory (1966) wrote about their childhood from exile. For both, their early years belonged to a time before the Bolsheviks, when they lived as privileged children: a golden age stolen by the Russian Revolution of 1917. Nabokov employees symbolist techniques to summon the emotional and descriptive impressions of an age and a type of family that is now long gone. Writing four years after the Cuban Missile Crisis, one of the most symbolic moments of tension between West and East, Nabokov recalls that his family loved Europe so much that he learned English before Russian, and his house was always filled with English products such as Pears Soap, Golden syrup and a collapsible rubber bath tub.

The Queen of Horror

Contemporary Russian literature about childhood has largely taken on a new and somber tone.  In his hugely successful autobiographical book Bury Me Behind the Baseboard (first published in a magazine in 1996 and then in book form in 2003) Pavel Sanaev recounts the agonizing years experienced by a boy taken away from his mother and raised by a tyrannical grandmother. It was made into a film in 2009.

In the 21st century, the myth of childhood in Russian culture has moved to the opposite end of the spectrum from Tolstoy's paradisaical portrayal. Bestselling author Anna Starobinets, often dubbed the “Queen of Horror,” presents a terrifying vision of childhood in An Awkward Age (2005), which tracks a boy growing into adolescence whose body seems to have been colonized by ants. For Starobinets, Russian children live in a hostile environment of big cities, are in conflict with their parents, and often alienated as they seek to understand themselves and their place in the world. 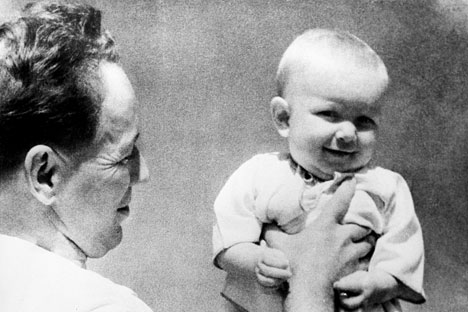