Tributes paid to Mikhail Sholokhov at the RCSC in New Delhi 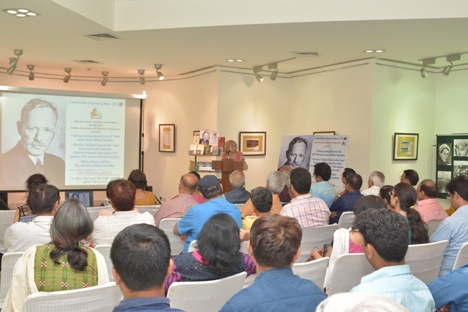 The event was also aimed at marking the Year of Literature in Russia. Source: RCSC

Tributes were paid to eminent Russian author and Nobel laureate Mikhail Sholokhov at a Literary Evening jointly organized by the RCSC and the Indian Association of Russian Compatriots on June 1, to commemorate the author’s 110th birth anniversary.

Glowing tributes were paid to eminent Russian author and Nobel laureate Mikhail Sholokhov at a Literary Evening jointly organized by the Russian Centre of Science and Culture (RCSC) and the Indian Association of Russian Compatriots on June 1, to commemorate Sholokhov’s 110th birth anniversary. The event was also aimed at marking the Year of Literature in Russia - 2015, within the framework of the project “Film adaptation of the classics of Russian literature”. 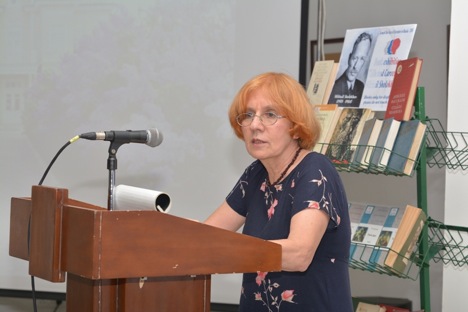 The film ‘And Quiet Flows the Don’, based on the author’s eponymous Nobel Prize winning novel, was shown as a highlight of the evening. The novel is considered one of the most significant works of Russian literature of the 20th century, depicting the lives and struggles of Don Cossacks in the decade between 1912 and 1922.

Directed by Sergei Gerasimov and produced by Gorky Film studio, parts I and II of the film was completed in 1957 and part III in 1958. The film won the Crystal Globe award at the Karlovy Vary International Film Festival and the Best Picture Award at the All-Union Film Festival.

Briefing guests about the film, Ms Perova underlined the historical relevance of the topic in the present context. The six-hour long film narrates the life of Don Cossacks in a village in Southern Russia. The leading character, Grigori Melakhov, is a rugged Cossack who is torn between his first and true love Aksiniya and his wife Natalya. Grigori’s personal life is shown through the backdrop of the turmoil of World War I, the Russian Revolution, and the following Civil War. The Cossacks are shown as traditional farmers and warriors, who suffer through the most dramatic events in the history of Russia.

The screening of the film was followed by recitation of poems by Ms. Satyabhushan, Anil Verma, Ranjana Agarwal, B. L. Gaud, Ravinder Sharma, Shanti Agarwal, Poonam Agarwal, and Sarvesh, well-known Hindi poets, who regaled the audience with their own creative work.