Turkish enterprise, beekeeping for the wounded, and widowed elephants 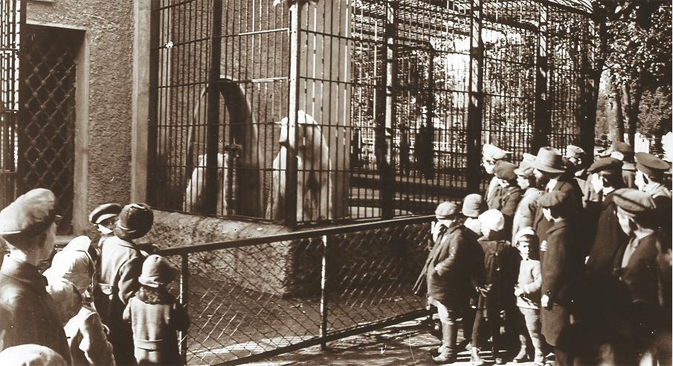 Hundreds of thousands of captive Austrians, Germans and Turks, after having immeasurably flooded the rear of our army, have been contributing with a certain vivacity to the life of our provinces and brought attention to certain particularities of the Russian soul. Here, for example, are some street scenes from Romanovo-Borisoglebsk in the Yaroslavl Region.

It is normal now for the Romanovtsy to hear the strange Polish language, to see swarthy southern faces. These are refugees from Poland and Turkish prisoners of war.

The Turkish prisoners of war are not poor. Part of them work at the factory, many have found work in the city, while others have become "merchants," walking around the whole day and selling various types of candy. And it cannot be said that the local population does not support them. Laughing, the people often buy their sweetmeats. "We must support them," say the locals.

In one of the people's schools the children had to write their exam paper on the following subject: "Is it right that now it is forbidden to sell vodka in Russia?" Here are the children's answers to this interesting question – there are 200 essays, says the examiner: "When they declared war, they prohibited selling goods in the village; this prohibition had a strong impact on the people." "Now the husband goes to work." "Now the husband speaks with his wife and the children are playing in the streets wearing clean clothes. Let's pray to God that this bad drink does not appear again." "The most miserable drunk has become a good person." "Everyone is happy" about the prohibition, but there are those – and they are many – "who volunteer for the war hoping to get some vodka on the front, but they can't get drunk until they conquer some kind of village."

Since the end of last year the General Administration of Land Management and Agriculture has been paying attention to the necessity of using the free time at the disposal of soldiers convalescing in military hospitals. With this aim, the administration has decided to teach the low ranks certain handicrafts and give them useful agricultural information.

The administration has coordinated its specialists, who have set up training facilities in 89 Petrograd military hospitals, teaching the soldiers basket-weaving, shoemaking, hat making, weaving and other types of crafts. With the arrival of warm weather, excursions have been organized to the Botanical Gardens and the beekeeping, aviculture and rabbit-breeding farms located in Petrograd and its environs. Moreover, small exhibition gardens have been set up in 17 military hospitals.

A bit of sun has come out and the gardens are aswarm with life. There are many new and interesting things here. A few days ago a snow-white doe was born. Gurve, the fearless tamer, was able to nourish Dezy the tiger cub on his chest using a horn. Dezy is eight months old, but every day he leaves his cage in the gardens and goes to Gurve’s apartment where he sleeps with him on one bed.

The elephant pavilion is experiencing some anxious moments: It is spring and two widow elephants are rebelling. A couple of days ago they made such a scene for their keeper Gurve that he jumped out of the cage with a damaged arm. For this the elephants are now shackled and are deprived of their right to go on stage.