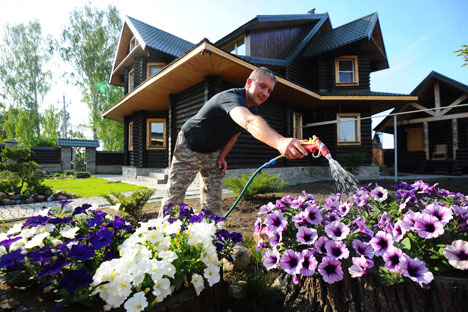 The dacha is a national characteristic of Russia. Source: PhotoXPress

A dacha is a country home, usually a cottage surrounded by a plot of land, outside the city. The word “dacha” originated in the 17th century from the verb “davat’” (to give), a reference to plots of land on which they were built, distributed by the Tsar. While foreigners view them as the epitome of the elegant Russian way of life, while delicately sipping tea from a samovar in the veranda, for Russians, it is a throwback to a simpler life, close to nature; hiking in the woods for mushrooms and plucking strawberries and cucumbers from the kitchen garden.

Ask almost any foreigner what aspect of Russian life they are most familiar with and they will mention the ‘dacha’ or country home where Russians go on summer weekends to get away from the rigours of city life. It is almost a ritualistic exodus from the city. Even families with modest incomes can own a dacha with a small plot of land where vegetables and fruit can be grown.

What are the origins of the Russian dacha culture?

Literally, dacha means something that was given, and originated in the 17th century from the verb “davat’(to give). Initially they were given as a reward for services that Russian tsars gave to the ‘Streltsy’ (their closest guardsmen) as early as the 17th century.

This gift or dacha could have various forms; a cut of expensive fabric, money or land. The dacha plot of land was then not seen as a summer holiday retreat.

This custom was introduced by Peter the Great, the founder of modern Russia. At the beginning of the 18th century, during his reign dachas became popular as summer holiday retreats.

Life is a fairy tale in Peredelkino

Peter the Great began to reward his confidants with small plots in the suburbs of St. Petersburg. The tsar’s courtiers used to leave the city in the summer to go to their ancestral estates, located in remote parts of Russia, an exercise that took a great deal of time. By giving out plots of land near the capital, Peter sought to have his nobles "at hand," even in summer, as well as to teach Russians to have summer holidays in the European manner; without losing touch with their work for three to five months.

By the end of the 19th century, a house in the country was one of the necessary possessions of the rich as well as the middle class. Russian poets and playwrights (including Alexander Pushkin and Anton Chekhov) mentioned dachas in their works.

The nobility used their dachas for social and cultural gatherings, including masquerade balls and fireworks displays.

Holidays for the intelligentsia

By the early 19th century, the dacha had ceased to be the privilege of the aristocracy. Townspeople began to rent huts and small cottages from villagers for the summer.

As early as 1803, historian Nikolai Karamzin observed that Moscow would empty in summer, as residents rushed out of town. To rent a dacha was now considered a matter of honour for a townsman; this was how concern for the health of the family and a willingness to keep pace with the times were demonstrated. But the real dacha boom began in the mid-19th century, with the advent of the railways in Russia. 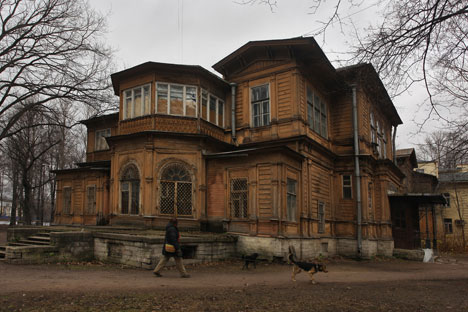 The first dachas were a reward for services. Source: PhotoXPress

As more and more people began to aspire to life in the big cities, finding a living space was a pressing issue for many. And a dacha was then seen as an opportunity to spend at least three or four months living freely without huddling together in a small room in the city. Students would often pool their resources to share the rent for a dacha. But the families of officials, merchants and intellectuals – the emerging middle class – occupied the same fancy vacation homes from year to year. The first dacha settlements, where housing was built specifically for rental, began to develop; the concept of a dachnik (summer cottage resident) also began to emerge.

In the first years of Soviet power, in conditions of civil war and devastation, people of course had to forget about dacha life. But as early as the second half of 1920, dacha cooperatives began to emerge; large enterprises and workers' trade unions distributed land among the highest paid employees, making a mockery of the proclaimed egalitarian principles of the new state.

Such dachas were occupied by teachers, engineers, writers and government officials. There were also special state-owned dachas – these were given not to the man, but to the position, and passed from one employee to another.

Before the 1940s, a dacha was a sign of belonging to the Soviet elite. Ordinary citizens could not acquire their own dacha until the era of Nikita Khrushchev (1953-1964). During this period, the so-called garden partnerships began to appear; big enterprises and organizations were given large tracts of land, and they, in turn, distributed the land among their employees.

The dacha had become a place where people went in the spring to plant a row of carrots and potatoes, and in the fall to collect their own small harvest. However, the state, having detected an attack on socialist principles in private gardening and horticulture, imposed restriction on land plots exceeding 0.15 acres (0.06 hectare, popularly known as "a six hundred"). But most dachniki manage to fit a house, a summer kitchen, a vegetable lot, greenhouses and flower beds even on such a tiny piece of land.

To this day, the traditions of the Russian dacha remained unchanged – many families decamp en masse to the dacha for most of the summer, where they tend the garden, carry out repairs and enjoy tea parties on the same old terrace or veranda. 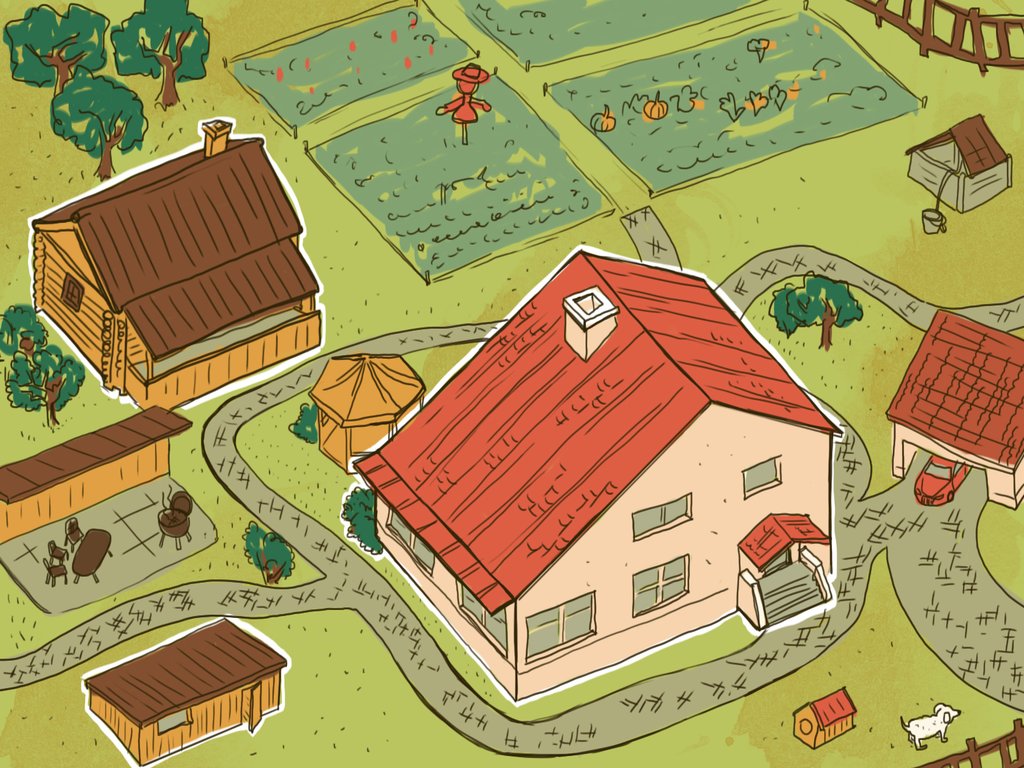 "Speaking about the reasons for the love of the Russian population for dachas, we can talk about their craving for their own plot of land, of Russia as a traditional agricultural country; we can recall the collective farms and collectivization, which deprived people of private ownership of land," says ethnologist and historian Olga Malinova-Tziafeta.

But the dacha (even if it involves almost constant physical labor, with domestic discomfort and struggles to grow crops almost mandatory) is a Russian archetype, just as a fur hat or balalaika.

From May onward, every Friday evening sees hundreds of thousands of cars leaving cities throughout Russia, with tomato seedlings in used milk cartons or plastic sour cream tubs on rear seats, heading for the countryside and the peace and fresh air of the dacha.