Homemade tomato paste — a staple in the Soviet diet 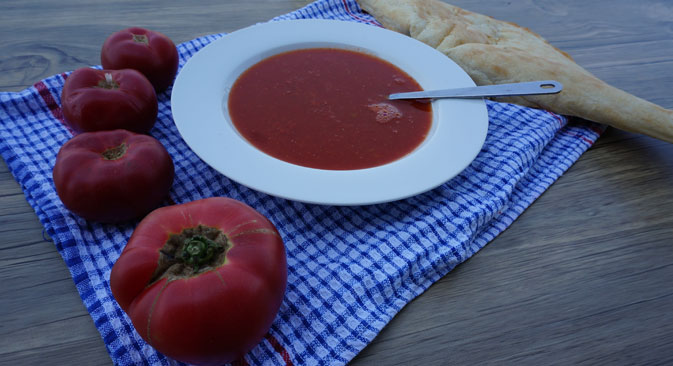 While it’s rare to make tomato paste today, when there are thousands of store-bought varieties available, like nearly everything, it tastes better if made from scratch with fresh ingredients.

Tomato paste is an ingredient found in many Russian recipes — it’s in the sauce for golubtsy, in borscht, sour shchi and other staples. These days it’s sold in small cans and honestly it has quite a chemical taste to it so I haven’t used it much, and granny never uses it either. I think it’s a bit of a foodie protest she’s proud of, and I’m pleased by, as she says “tomato paste kills all other flavors in a meal, you can’t even tell sturgeon from sprat if it’s in a can with tomato paste.”

Tomatoes are the first thing my husband and I give those who make the trek to Tbilisi to visit us to try, and everyone agrees that the explosion of flavor that happens in your mouth makes you want to empty your suitcase and stuff it entirely with tomatoes to bring home. I am trying to figure out how to bring ripe tomatoes over to Moscow so granny can taste them.

In Moscow the recipe from the Book simply wouldn’t work today — if you find a beautiful ripe tomato, you’ll just eat it fresh instead of trying to stew it. You also know that there will still be imported tomatoes in winter, so the need to preserve summer ones is not very high. In Moscow, you are guaranteed to get bad tomatoes throughout the year.

Speaking to my grandmother I was surprised to discover that things used to be much better with regard to tomatoes!

“All vegetables used to be seasonal, and in summer tomatoes were great. We would get them from Astrakhan, Ukraine and the southern republics. My mom and I took a cruise down the Volga to Astrakhan, and on the way back the open deck was full of green tomatoes. By the time we got back to Moscow they were red, and really good! Seasonal vegetables were pretty cheap, so everyone would make preserves and pastes for winter. You could buy salted tomatoes in winter — they were yellow, red and green. I would make tomato paste, too. These days it’s impossible — the tomatoes are such low quality you couldn’t make anything of them.”

It suddenly dawned on me that moving to Georgia took me back to the “good old days” when seasonal vegetables were abundant, delicious and cheap. The perfect occasion to make tomato paste, although I have a feeling as soon as I get hold of some Italian pasta it won’t have the chance to survive until winter — it turned out delicious!

The recipe from the Soviet Cook Book

Select the ripest tomatoes, wash, cut in half, put into a heavy saucepan and put on the stove over low heat, stirring occasionally until a thick mass forms. Stir well, and let the mass boil down, but stir so the mass does not become thick. Add salt, cool, and store in a jar. Once in the jar, cover the mass with a thin layer of oil. Cover the lid with parchment paper and tie off. 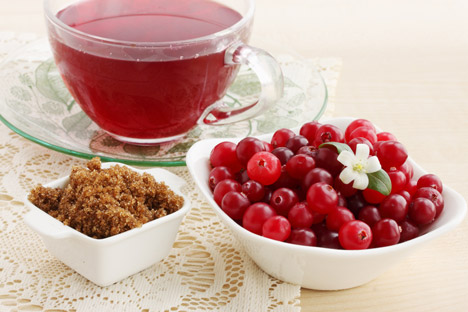