Bolshoi Ballet 2015/2016 season to be screened live in cinemas 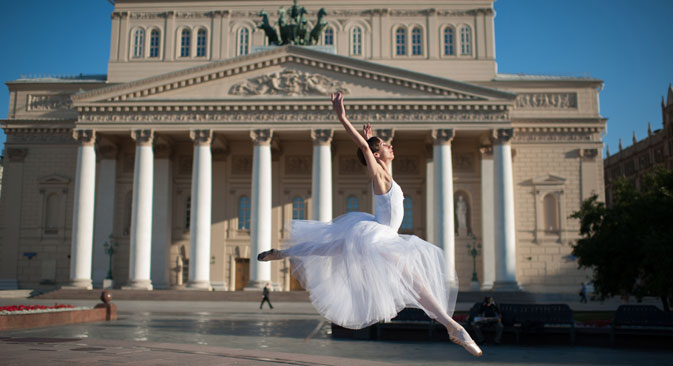 Aficionados now have a chance to watch Russia's greatest ballets live on the big screen.

The Bolshoi Ballet returns to the world’s cinemas with an outstanding new season for 2015-2016. During the season four exceptional titles will be broadcast live and three other productions in recorded versions via satellite from Moscow: Giselle, Lady of the Camellias, The Taming of the Shrew and Don Quixote; and in recorded versions: Jewels, the Nutcracker and Spartacus. Featuring some of the greatest names in the ballet world, the shows have been specifically shot for the big screen, offering a unique opportunity to experience the Bolshoi Ballet.

Opening the season on Oct. 11 is one of the oldest and greatest romantic ballets, Yuri Grigorovich’s Giselle, which tells the story of a young peasant girl who dies following her betrayal by the man she loves. Along with the spirits of jilted women, the Wilis, she reluctantly turns against Albrecht, condemning him to dance until he dies of exhaustion.

Jewels sees George Balanchine’s abstract ballet build an homage of captivating beauty to the dance schools that forged his style. It is an opulent triptych celebrating the cities and dance schools of Paris, New York and St. Petersburg, each represented by a contrasting jewel.

John Neumeier’s tragic masterpiece Lady of the Camellias, based on the novel by Alexandre Dumas, is a new production for the 2015-2016 season. A tragic love story set in Paris, it follows a young man who falls madly in love with a gorgeous courtesan celebrated by Parisian high society. Presented live on Dec. 6, Lady of the Camellias will be followed by the beloved holiday classic The Nutcracker, featuring Tchaikovsky's timeless score, which promises to enchant the whole family.

Exclusive to the Bolshoi, Jean-Christophe Maillot’s adaption of Shakespeare’s comedy The Taming of the Shrew offers two hours of breathtaking, non-stop dance unlike any other live broadcast on Jan. 24.

The season concludes on April 10 with a live broadcast of Don Quixote. In a tale full of adventure, eccentric hero Quixote sets off on a journey in search of his perfect woman, with his loyal squire Sancho Panza at his side.

The UK screenings are offered by Picturehouse Entertainment.

Tickets are available at www.bolshoiballettickets.co.uk

The Bolshoi Ballet is also presented in HD in theaters across the U.S. and Canada. Information about tickets and locations can be found at www.bolshoiballetincinema.com/ 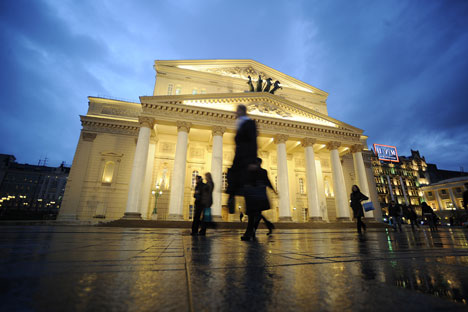