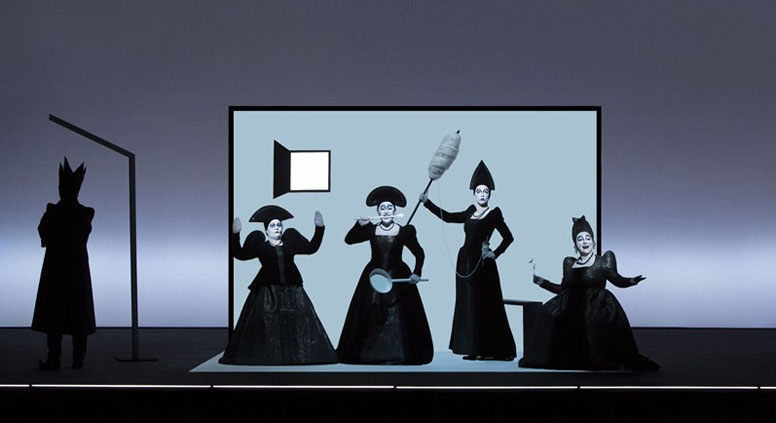 The world premiere of a groundbreaking new production by Robert Wilson took place at Moscow’s Theater of Nations on June 12. Entitled “Pushkin’s Fairy Tales”, it mixes musical theater, dance and contemporary culture to become a visual feast that leaves the audience wanting more.

The Theater of Nations is the only theater in Russia to have staged productions by leading western directors such as Robert Lepage and Thomas Ostermeier, Alvis Hermanis and Eimuntas Nekrošius. Now this elite group has been further enriched by a true rarity – a production by the world’s most expensive stage director, Robert Wilson.

Wilson’s first original Russian play is based on several stories by Alexander Pushkin, including The Tale of Tsar Saltan, The Tale of the Fisherman and the Fish, fragments from the poem Ruslan and Ludmila, and others.

Pushkin’s Fairy Tales joins a series of productions Wilson has staged in various countries based on their literary classics: Homer in Greece, Brecht in Germany, Strindberg in Sweden and Ibsen in Norway. Working with material like this is always challenging for a foreigner, as people hold their classics dear – they are a kind of national folklore. Directors run the risk of offending locals or staging a piece of kitsch, as was the case with Peter Stein and his Moscow production of Pushkin’s Boris Godunov, where the lavish historical costumes looked out of place in a modern theater.

Failure was never an option for Wilson, however. As with other authors he has adapted, he stages Pushkin in his trademark surrealist world. The set design alludes to famous illustrators of Russian fairy tales, specifically Ivan Bilibin, constructivism, Soviet avant-garde art and agitprop. The Swan Princess is reminiscent of the famous image created by the artist Mikhail Vrubel, while the red-haired Narrator looks like Pushkin himself in his iconic portrait by Orest Kiprensky. All these artistic allusions have been creatively processed to become part of Wilson’s inimitable style.

In Wilson’s world, the characters on stage are far removed from the familiar fairy tale characters Russian audiences remember from their childhood reading; they become freaks with chalk-white faces that bring to mind a Tim Burton movie.

Russian actors, who are used to psychological theater, found it hard to master Wilson’s style, where each gesture is calculated down to the movement of a little finger, like in dance notation, where facial expressions are amplified, emotions are exaggerated, and the voice is used like a musical instrument.

The head of the Theater of Nations, Yevgeny Mironov, is the Narrator in Wilson’s Fairy Tales. Mironov, who has worked with leading figures from the theatre world, admitted that he found Wilson the hardest of all: “At one point I lost heart. It seemed like it wasn’t my story. I don’t know why but I felt very shy. I couldn’t justify all that grimacing and buffoonery, which is seen as affectation in our tradition. But once I put on the makeup, I felt completely free – as it is exactly this exaggerated means of expression, bright colors and broad strokes that work well in this kind of theater.”

Wilson’s production is like a music box, with marionettes moving, dancing and singing to a melodious ding dong sound. Sometimes it is more like a cabaret or even a musical. Part of the text is set to the music of the popular American duet CocoRosie, with elements of rap and folk, a bit of Stravinsky thrown in, and oriental Japanese motifs. Some passages are repeated several times, like a refrain, while others, which are quite important in terms of the plot, are cut out completely. Wilson abandons the plot halfway, as if giving up on it. His view is that the audience knows what happens next. He extends this theory to the endings of the fairy tales, which are either diluted or cut off altogether, leaving the audience perplexed as they await the classic concluding moral.

This makes the production challenging for the audience as well as the actors, as their natural response is to look for the director’s message when original literary sources are used. However, Wilson’s concern is visual imagery based on his overall interpretation, rather than the text itself. “What matters for my work is the feeling of volume, space, rhythm,” he explains. “Everything starts from a human body, from concentration, from how the person on stage feels the space ahead of them and behind their back, how their arms move. Pushkin’s got it all. He’s not just a great poet. His fairy tales have an amazing feeling of movement; there is light and volume there. One just has to feel and see it. And the sense of humor, of course, he had an amazing sense of humor.”

Wilson himself is never short of humor. His Pushkin sits on the branch of an oak tree, like the learned cat from his poem Ruslan and Ludmila, drinks from a bottle with relish, smokes a cigar and dances to crazy rock ‘n’ roll. Few, if any, other foreign directors would have been allowed to take such a liberty with the great Russian poet. However, Wilson’s production is so beautiful and visually perfect, so exciting and striking that the audience is sure to take delight in it and see past any shortcomings in terms of plot.

Pushkin’s Fairy Tales will be performed at Moscow’s Theater of Nations on September 15-19, 23 and October 21,22, 24, 25. Tickets are limited due to popular demand, we advise you to secure your ticket in advance. 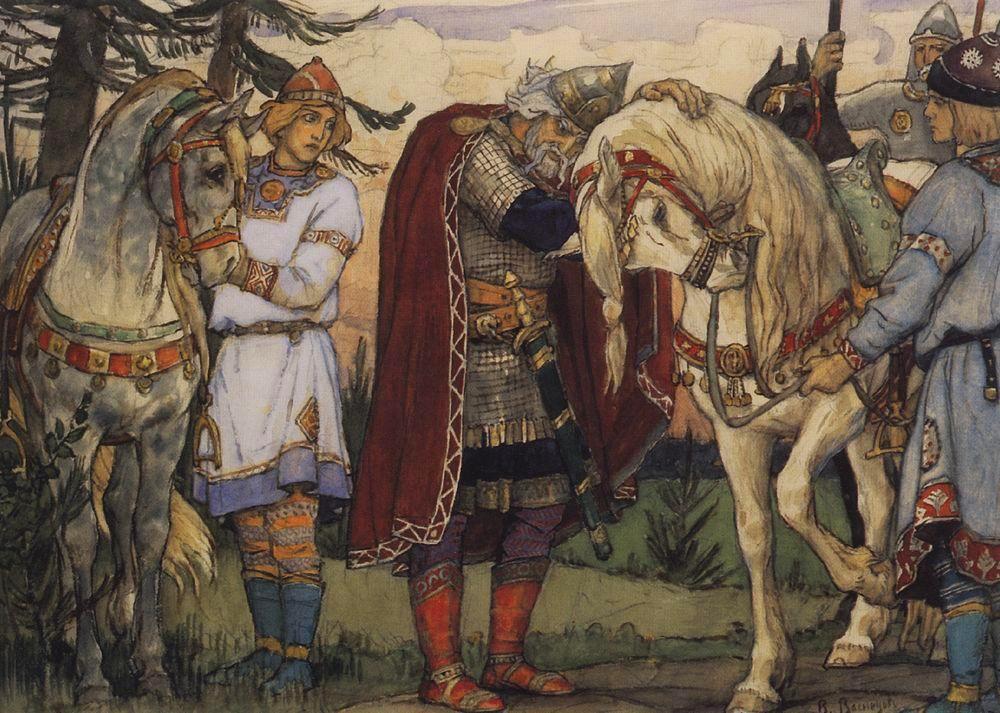 Russian book art from folk tales to the Pushkin's