A male baby boom, the vanishing homeless and the torture of tight collars 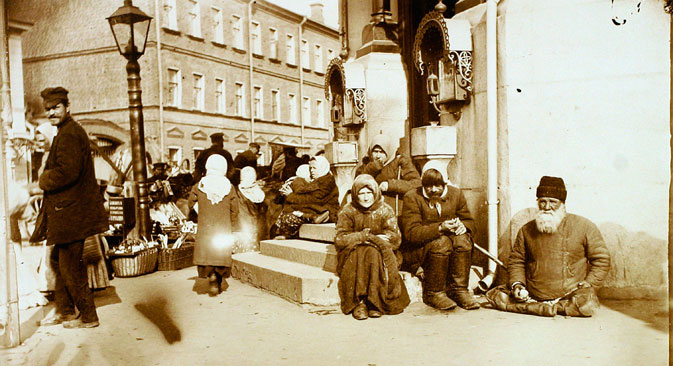 Echoes of the day

Summer has come into its own. The sun bakes us mercilessly. It is not only overburdened dacha husbands that are having to be fried and steamed in their own juices, but all those simply decent people who have been confined to the city by force of circumstances, even if it is Moscow.

What do we mean by a “decent man”? Morning dress, jacket, vest and things like that, plus tight collars and cuffs that make one sick and tired, and boots with oak lacquered toes, heavy and hard like wood – all this makes a decent man... But at the same time a martyr, a sufferer, a victim. To wear this devilishly close and stuffy sheathing is the real self-torture. But how could it be otherwise? So it is accepted.

This summer, Petrograd is witnessing a completely new phenomenon – the total disappearance of dossers in the open air from parks and under bridges. Petrograd’s poor, not wanting to pay a few kopeks for lodging for the night in the summertime (and often not having any), used to prefer to rest in the open air, stirring up plenty of fuss during police raids.

Wardens of suburban parks as well as officers of the land and river police waged a long but futile war against these lovers of free accommodation in nature's bosom.

This summer, the war has been resolved. A decrease in the number of unemployed and poor, the prohibition of vodka and stricter police supervision have eliminated free dossers.

Admission of Jews to schools

The Ministry of Education has established a new procedure for the admission of Jews to secondary schools. Jews are taking examinations at the same time as students of other faiths.

Answers given by Jews during examinations are evaluated with the words “pass” or “fail.” All the children of Jews who have been drafted into the army and awarded with distinction, as well as those killed or injured, are admitted first, provided they pass the examinations.

In regard to the war, many statistical studies have been carried out recently to address all sorts of issues influenced by the war. Statisticians are particularly interested in the numbers of births and deaths.

The war and the associated decrease in the male population have forced the authorities to ensure the future of the country's male population. Doctors at maternity shelters have been instructed to calculate the number of births and their distribution by gender.

This calculation has led to an interesting observation that, during the war, the number of births of boys is significantly higher than in peacetime.