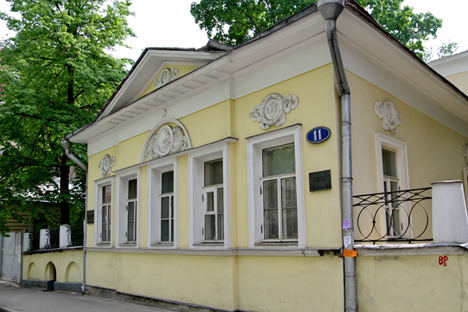 Every fourth person in the Russian capital claims to be a native Muscovite, and every one in three has lived in one place for over thirty years, making the expression “ancestral home” appear an absolute archaism. Over the past century, the houses of Moscow have become multiplexed, depopulated, sold and demolished. Nevertheless, some old "family nests" can still be found in Moscow. Interestingly, they were built by neither noblemen nor merchants.

The House of architect Kuznetsov

Exactly one hundred years ago, at the turn of the Silver Age, in Mansurovsky Lane in the heart of Moscow, architect Alexander Kuznetsov built himself a mansion with an  entrance gate, complete with the sun, the small gate and the porch, and semicircular knee-high columns.

Inside are a Dutch stove, a study on the mezzanine, stained glass and tiles. The architect lived here with his wife, son and daughter. In spring the ice-breaker brought ice for the cellar from the Moskva River. The house owner received guests: the famous Russian modernist architect Fyodor Shekhtel, and constructivist architect Konstantin Melnikov.

After the revolution, Kuznetsov was found building a factory on the outskirts of the Soviet Union, and was jailed for it, because the roof was flat and an enemy plane could supposedly land on it. In jail, he conceived the Palace of Soviets.

Stalin, Khrushchev, Brezhnev died. Eras changed one after another; Gorbachev's perestroika passed, the Soviet Union collapsed, the area became renowned as the "golden mile" because of the high cost per square metre in the area, and became populated with famous new inhabitants.

As for the house with a small gate, Kuznetsov's grandson and his family still live there. The same grapes grow on the wall and the same fired stove functions. The Kuznetsovs have no intention of moving out. "Family nests should not be sold," they say.

The House of sculptor Vera Mukhina 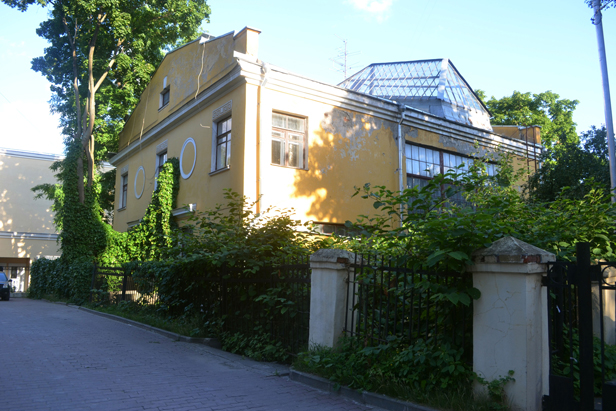 Nearby, in Prechistensky alley, one can see a structure which would perhaps fit better in Timiryazevskaya, where the Agricultural Academy is located; because of the glass roof, it looks more like a greenhouse. This is the home-workshop of Vera Mukhina, who created the iconic sculpture, "Worker and Collective Farm Girl." She is believed to have designed the building herself in 1947, together with the ideologue of the Stalinist empire, style architect Zholtovsky. If Vera attended the elegant balls before the revolution, by 60, she was an officially recognized ‘living classic’.

Mukhina spent her last six years in the house on Prechistenka. There she created the sketches for the famous memorials to Gorky and Tchaikovsky; referred to as "poster in sculpture" and "We demand peace."

Ivy is winding up the yellow walls of the house, just like 70 years ago. Each summer, the apple tree Mukhina planted yields fruit. In front of the porch, the laundry of the current owners is drying on the clothesline. Now Vera Mukhina's granddaughter and  her husband and son live here. They say nobody has ever tried to evict them or turn the house into a museum. Fortunately for Mukhina's descendants, her sculptures seem to cause more interest than her house.

The House of architect Melnikov 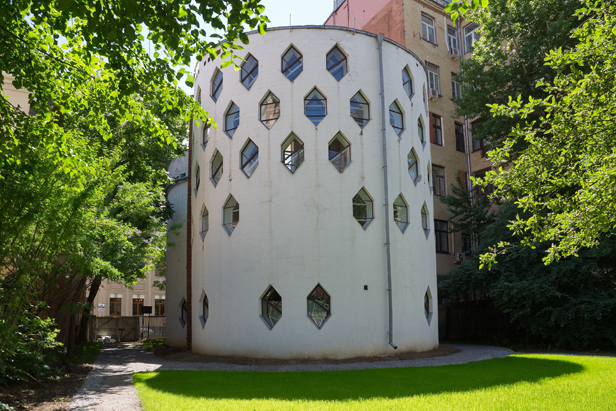 Another “family nest” has a more dramatic story behind it. The famous house of constructivist Konstantin Melnikov, an avant-garde masterpiece, the "bee hive" was the talk of the town for over a year. For decades, it was hidden from prying eyes  in Krivoarbatsky Lane, with the architect's granddaughter Yekaterina Karinskaya living there.

In front of people ‘fortunate’ enough to be received by her at home, an incredible sight unfolded. An old wooden fence opened into a dark courtyard, a cracked porch, wooden flooring and dirty windows. The hallway, famously described in textbooks on architecture, was full of different junk-like stuff from garden wheelbarrows to worn galoshes. Children played on the antique couch while the 1920s vintage rug was being cleaned with a wet vacuum cleaner.

For decades, Yekaterina and her sister Elena have been at odds with their father, Konstantin Melnikov's son, the painter Victor Melnikov. They then began to quarrel with each other over who owned the house and what could be done with it. Numerous lawsuits were filed to decide the fate of the house.

In his will Victor Melnikov stated that the house would remain at the disposal of the state on condition that a memorial museum was built honouring his father. The museum would also contain the complete furnishing and archives of his famous ancestor. The museum was established in February 2014, at the initiative of the State Museum of Architecture.

The main exhibition at the museum, dedicated to the life and work of Konstantin and Victor Melnikov, will however not be located in the famous house, but nearby, on Vozdvizhenka street. The opening of the permanent exhibition is scheduled for 2016.

The family homestead did become a museum.