Ambitious Instagram project aims to reveal Russia, one region at a time 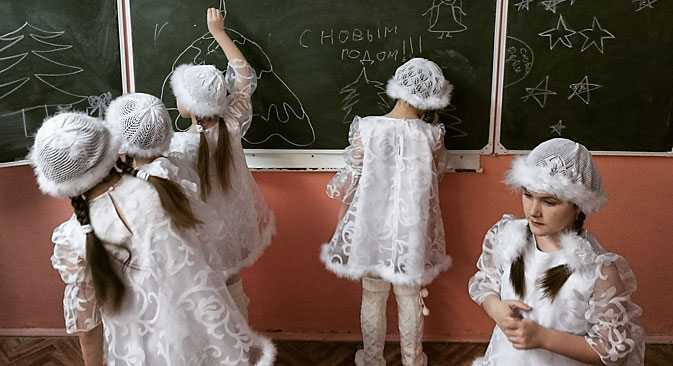 Amateur and professional photographers alike have joined forces to contribute to a special Instagram project that aims to document each one of Russia’s 85 regions. In the eight months since its creation, the Everyday Russian Federation blog has already introduced viewers to 30 of the country’s regions and published 600 photographs. RBTH spoke to photographer Mikhail Mordasov, the founder of the blog, about his hopes and aims for the project.

Producing a photographic record of the daily life of an entire country is a daunting enough challenge in itself, but when the country in question is the largest in the world, then the task becomes one of a truly epic scale, requiring years of work from a small army of photographers and volunteers scattered across a sixth of the planet’s landmass.

The Everyday Russia blog (everyday.russianfederation) is an attempt to do just this. Founded eight months ago, its creators have already been able to show more than 30 regions, from Sakhalin in the east to Kaliningrad in the west, by publishing 600 Instagram photos taken by professional photographers, as well as talented amateur snappers.

The Instagram Everyday movement began in early 2012 with a blog on Africa, which was launched by documentary photographer Peter DiCampro and writer Austin Merill. They wanted to destroy the stereotypes of poverty and perpetual warsthat are typical of the way the mass media presents Africa. Similar blogs were then created by people from other countries and parts of the world: the Middle East, Asia, Latin America, Eastern Europe, Iran, Egypt, Jamaica. The idea is the same everywhere: Each week the moderators select a "man on duty," a professional or an amateur who shares his stories and impressions.

RBTH spoke with Mordasov about the blog and its authors, as well as his upcoming journey across Russia by car with the editor of the American magazine Russian Life.

RBTH: How did you decide to create this blog?

Mikhail Mordasov: The idea itself came to mind at the beginning of 2014. I was looking at it and realized that no one was going to take up this idea, even though it was obvious. So I decided to do it myself and registered the everyday.russianfederation account in November last year.

RBTH: Do you have a map on which you maintain a record of the regions you talk about?

M. M.: I have an Excel sheet where I write everything. As of today we have shown 33 out of 85 regions. I counted that we need one and a half years to talk about each region.

RBTH: Which corners of Russia did you find exotic?

M. M.: There were many! For example, Magadan [the port city on Russia’s Pacific coast, 4,000miles from Moscow – RBTH]. I had seen photos of that place before and I had the impression that it was a sort of proletarian city with people who in the 90s were unable to move to warmer places. But the author showed me a completely unexpected city – modern, young and active. 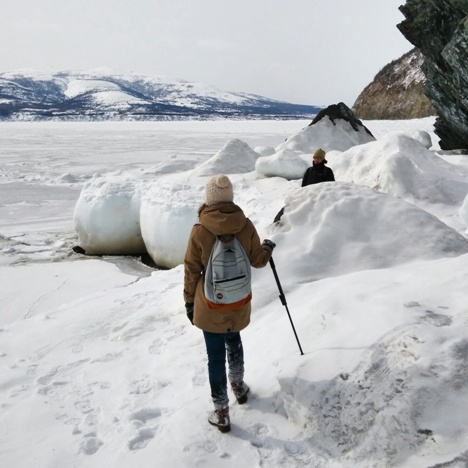 Frozen shoreline of the Gertner Bay, about one hour walk on ice from the city. Source: Everyday.Russianfederation / Evgeniy Serov

Then there is Sarapul [in the Udmurt Republic, 620 miles east of Moscow – RBTH]. Not only had I never been there, I had not even heard of the city. Now I want to go and see it. 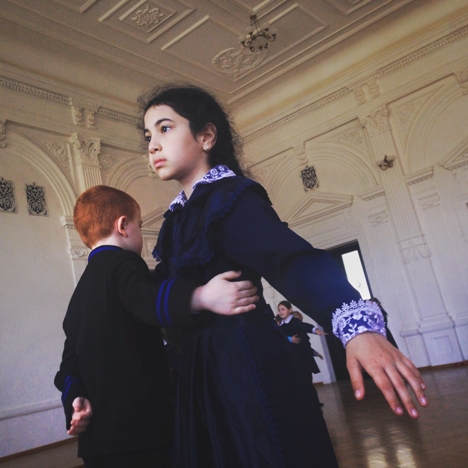 In addition to ordinary classes, Sarapul School No.15 has gymnasium classes for girls and technical classes for boys. The photo shows a rehearsal of a Lilac ball that is held for young schoolgirls from gymnasium and technical school boys. Source: Everyday.Russianfederation / Constantine Gulyaev

RBTH: Is it easy to find participants for the project and what are the requirements for them?

M. M.: At this stage it's the hardest thing. In the beginning I turned to the photographers I knew, those who live in the Russian regions or travel into the depths of the country for work. Then they started recommending other photographers. Now all these reserves have been exhausted.

It is not easy to find an author who, first, would be interested in the idea and who would work for free, and second, one who would be a good photographer. Thirdly, one who writes well in both Russian and English, or would be able to find a translator.

Now I'm continuing my search among photographers I know, on Instagram itself. My partner in the project, Mikhail Solunin from Nizhny Novgorod, is helping me. Articles in mass media also help, of course.

RBTH: Can a foreigner living in Russia contribute to the blog?

M. M.: Of course. I don't filter anyone out based on their nationality. Foreigners have the same requirements. Everyone has to publish two to four pieces a day, make hashtags, indicate the geolocation and write accompanying texts in two languages.

The photographs must be taken with a phone. The only exception is the northern regions, where cell phones discharge immediatelyin winter. This happened once on the Yamal Peninsula.

And since our blog is about daily life, we try not to look for problems and difficulties. We don't talk about scandals, for example. The mass media does that anyway. We try to do something else.

RBTH: After you finish reportingfrom all the regions what will happen to the blog?

M. M.: We plan on continuing collaboration with the most interesting – in my view – participants. They will continue their "duty" and share their new photos.

We will experiment. For example, on December 31 we had a relay race across the country to celebrate New Year's Eve. I had found photographers in all the time zones except one (Moscow+7) and every hour we would show how the New Year was being greeted by people in Petropavlovsk-Kamchatsky, Vladivostok, Irkutsk, Yakutsk, Norilsk, Tchaikovsky, Novosibirsk, Samara, Moscow and Kaliningrad. 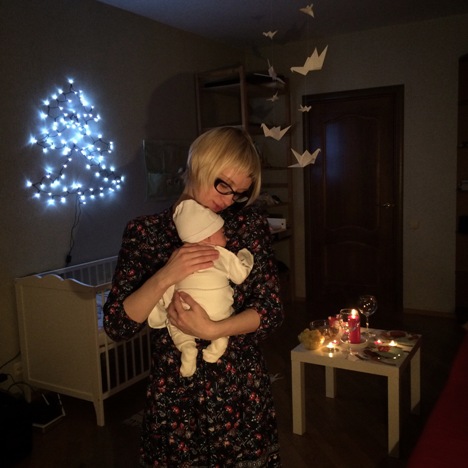 In the future I plan on giving several authors assignments on the same theme, for example, in the course of one week study the issue of water everywhere in Russia, in all its manifestations.

RBTH: Besides the blog about Russia, you are planning to take a 3,700-kilometer [2,300 miles – RBTH] journey that will start in the north, in Murmansk, and will take you south on highway E105 to the Crimean Peninsula. This is a joint project that you are doing with Paul Richardson, editor of the American magazine Russian Life. Whose idea was it?

M. M.: It was Paul's. He's been dreaming of it since 2008. He chose me as a fellow traveler because some of my photo stories were published in his magazine: from Sochi, Crimea and Teriberka (the village in the Murmansk Region where the film Leviathan was filmed).

We plan on going in September this year. We are currently collecting funds through crowdfunding on Kickstarter.

Two photojournalists – one American, one Russian – on a 3700 km quest to capture the heart of Russia in a beautiful photo book. Source: Kickstarter

RBTH: What are your expectations of the journey? How will it be different from other similar projects, for example the journey from St. Petersburg to Moscow, which resulted in The New York Times long read?

M. M.: First, we represent two different countries – countries that at the moment don't really like each other, at least on the governmental level.

Secondly, we are planning to travel about 500 kilometers [300 miles – RBTH] through Ukraine into Crimea, which currently is a sore point for Russia and the world. We need to understand if it is possible now.

I am very interested in how the country lives, how it is transforming. I think the entire journey should take us a month. We've already found 10-15 places that we'll talk about.

RBTH: Aren't you worried that, since you're representatives of different cultures, you'll have arguments? What should be photographed, what shouldn't?

M. M.: Perhaps we will. But that's good. It'll be great if we have dissimilar points of view. That broadens the mind.

In this time of heightened tension and conflict between east and west, we hope to slow down, spend time traveling through parts of Russia that westerners rarely visit or see, gather the stories of regular Russians along the way, and share them in a beautiful book, both in words and images.

Because they will be in a book, these stories will last longer, be more permanent, and have more chances of being shared and re-shared than even if they were in a magazine, and of course far more than in the fleeting bytes of online existence. 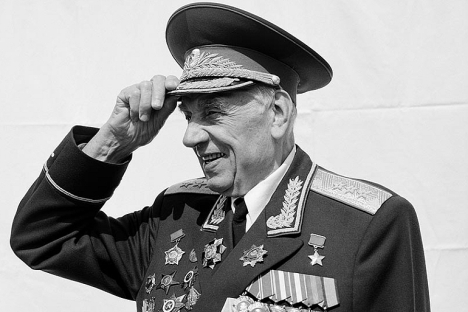