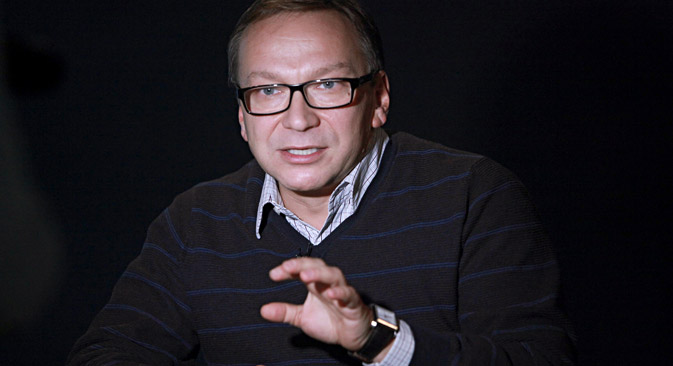 What do you think is the main reason for the success of your film at the Mumbai International Film Festival and the acclaim it received from the Indian public? Is it related to the fact that women’s issues are a very serious issue in India right now, or is it about common human values? In one of your interviews, you said, for example, that this film was difficult to understand in China…

The story in China is interesting. The Chinese told us that we are like the Europeans to them, all “of one face”, and that they could not for the life of them identify the shaved bald women. That was why it was hard for them to follow the plot. Frankly, I myself recently watched a film on the Sino-Japanese War, where I could only tell the difference between the Chinese and Japanese with difficulty when watching battle scenes. It has to do with our mentality. But I am willing to empathize.

Concerning India, the Indian viewers do not have this problem. The can identify us normally, just like we easily distinguish between Indian actors. Indian faces are more familiar to the European viewer’s consciousness.

I think that Indians are very sincere and emotional people. They are capable of laughing, crying, and sympathizing with genuine emotion when they watch movies. This is something found more in Indian cinema. I think this is specifically why there was such an elated reaction to Battalion. Plus, the women-centric theme. For Indians, everything related to the role of the women in history is taken seriously.

All the same, I must say that we did not set before ourselves the goal of making the Indian audience like it. I think that our film should be understood by any audience because it contains the theme of patriotism. The story of Maria Bochkareva’s battalion’s feat, a deeply tragic and impactful subject, is worthy of a cinematographer’s attention. Just think: a battalion of women defended to the end. These young women returned honour to the men and tried to bring honour back to their country… Overall, the main theme of our film is the female willingness for self-sacrifice. It is this aspect which, in my opinion, was recognizable to and understood by the Indian audience.

As far as I know, you are now working on a film where the main protagonist is going to be Vladimir Ilyich Lenin. Do you think it will meet with such a strong response among a foreign, particularly Indian public? Or will this film be aimed at Russian viewers?

There are producers who will sit down and calculate like so: I’m doing this movie for the international film festival, and I’m doing this film to show in Russian movie theatres, and this one I’m going to do for something else. We work differently. Above all, we try to make films that we ourselves would like to see. Ideally, one should also gain some enjoyment from watching it.

Regarding the upcoming film, I have not yet wanted to rush too far ahead since we are only working on the screenplay at the moment, and the character of Vladimir Ilyich Lenin is not fully developed yet. But, of course, he will have the main role in the film. I am interested in the events of 1917 most of all. I’m always asking the question, “How could this have really happened?”

I understand pretty well why the February Revolution occurred. But how did our forefathers let the October Revolution happen, and what could they have been thinking? That is what occupies me most… Also, how was this event able to invert our consciousness and lead to the most shameful and terrible results possible – to civil war? How could it happen that our mutual ancestors killed each other on our own native land? This was a catastrophe on a national scale, which we must now perceive as the greatest warning to succeeding generations. I think that in the film about the 1917 February Revolution, October Revolution, and Lenin, we will honestly treat the events leading up to this tragedy, which significantly altered the course of world history. That is something which cannot be permitted to happen again for any reason. And are they not provoking us? Just the same as a hundred years ago, our Western “partners” would very much like for there to be a coup and civil war in Russia. They certainly got something out of it then. We lost.

You mentioned that you wanted to shoot a film with an Indian film star – Aishwarya Rai. As far as I know, you have received an offer to participate in the shooting of a film about Roerich with Aishwarya Rai in a leading role. Could you talk about this in more detail?

This proposal was made by the Indian Embassy at the award ceremony for the Mumbai International Film Festival. A producer had approached us from the Indian side. He is developing this project. So, I did say that I like this actress and would be happy if we were able to shoot a film with her. And then this offer arrived. For now it is just an idea. Roerich is a very serious figure and it is necessary to treat this theme as responsibly as possible. And if it becomes feasible to unite our forces with Indian cinema, well, the theme of Roerich fits better than any other one would; Aishwarya could play the part of Roerich’s wife. That would be wonderful.

It is no secret that Lev Tolstoy and Mahatma Gandhi were very close in their ideas and thoughts, and they corresponded with and inspired each other. Have you had any interest in shooting an historical film in cooperation with Indian cinematographers on this theme?

I am so passionately interested in Lenin and 1917 that I can’t think about other themes yet. If the Roerich possibility comes up again, that’s a different question. I have no other ideas though, since, I repeat, my head is completely full.

How do you feel about Bollywood? What is it to you?

Right now I see Bollywood as a planet there’s nothing left to do but fly to. For us it is a closed-off planet that is located somewhere far away and lives by its own rules. But if the American spacecraft made it to Pluto, then, maybe, we can get to Bollywood! For this to happen, we need to make steps towards meeting each other in the middle.

That is to say, your step will possibly be a film with Aishwarya Rai about Roerich?

It is well known that Bollywood produces more than four hundred films a year, which cannot be said of Russia. What is your opinion on why this is happening? Surely the Russian audience greatly loves movies, just like the Indian viewers.

The thing is that the Indian viewer stands in line at the box office in order to watch Bollywood films. If something similar can happen in Russia, then the rise of Russian cinema would inevitably follow. And probably even more than 400 films would be produced. But the quality of these films would be a different matter altogether. It seems to us now that we almost have to put quotas on American films so that Russian viewers will start believing in domestic cinema again and going to the movie theatres to see Russian movies. He or she will go happily if the film is of good quality. That is why it is necessary to first improve the product quality and then think about imposing quotas or not. If we take France’s example, then, yes, American films are limited, but the great French cinema had already been created.

You said, "I want to believe that the success of our film will raise the interest of South Asian film distribution companies in Russian films and will help open the way for them into Indian theatres." Do you think it is possible to return both countries' interest in Russian and Indian films to how it was in the Soviet Union? Or will cooperation reach some new level over time?

We need to make steps forward. If films like ours appear at the Indian box office, and conversely, Indian films appear in ours, then we expect a renewal of interest. Yet, all this is very small still. We must strive to make great, good quality films so they can choose whether to watch it or not.  But there certainly should be the opportunity to provide them with our films. This must be done at the level of the ministries and centralized mass media, as well as at the level of the producers who will be offering the films. And, of course, at the film marketing level. At present, many Indian as well as Russian film companies are represented on international markets. I think that such markets are a good, real mechanism for bringing our cinemas together. Steps towards convergence are already being done. But for this you need time and gradual progress.

You said that when you were still a little boy you used to run to the movie theatres to see Bollywood films. Do you have a favorite Indian film?

With Raj Kapoor, of course. All of Raj Kapoor’s films!