Bolshoi artistic director Sergei Filin's contract not to be extended 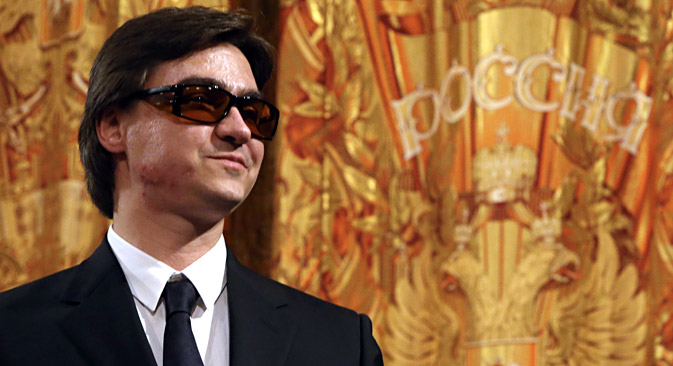 Victim of 2013 acid attack to leave in connection with ‘affairs of the inner life of the theater’.

The Bolshoi Theater has announced that it will not renew its contract with the artistic director of the Bolshoi Ballet, Sergei Filin, who was the victim of an acid attack in 2013 after internal feuding at the theater.

“I have decided not to extend the contract with Sergei Filin,” said General Director of the Bolshoi Theater, Vladimir Urin.

“According to the law, I could notify him two months prior to the expiration date of the employment contract, but given the importance of the event, [my] ethics and respect for Sergei, I decided to tell him in advance so that he was ready and had time to consider his next steps.”

Urin admitted that he has no complaints about Filin as the ballet's artistic director. According to him, it is largely to Filin’s credit that such world-famous choreographers as Roland Petit, Pierre Lacotte, John Neumeier and Jean-Christophe Maillot staged their ballets at the Bolshoi Theater during his stint.

“The non-renewal of the contract with Filin is connected with the affairs of the inner life of the theater,” Urin said.

Urin declined to name the future director of the Bolshoi Ballet, saying only that the appointment would be announced shortly after a staff meeting in September.

“This is when we present the ballet troupe with its future director," he said.

Filin said in an interview with the Russian news agency TASS that he has “no reason to be bitter” with the management of the Bolshoi Theater.

“The contract with me was concluded in 2011 for a period of five years,” said Filin.

“I signed this contract myself and I am ready for the fixed-term employment contract with me for the post of artistic director of the ballet troupe not to be extended. In the modern world, it is normal practice. I think it is fair.”

In January 2013, Filin was attacked: he was splashed acid on the face. The choreographer received burns to his face and eyes. Filin underwent several dozen surgeries in Germany and still restores his eyesight.

Read more: Times of turmoil at the Bolshoi Theater>>>