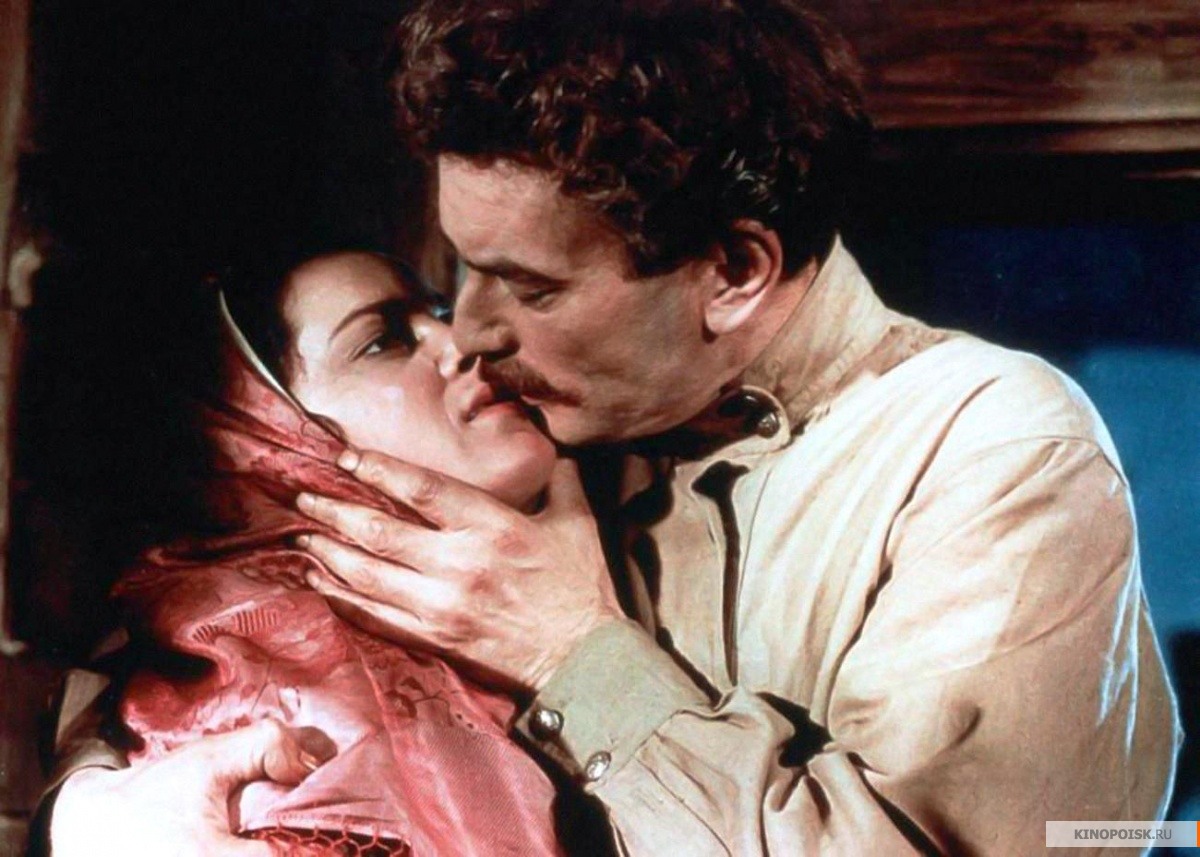 A scene from "And quiet flows the Don" film

Kinopoisk
The Gorky Film Studio, one of the oldest in Russia, is marking its 100th anniversary. Many movies made in these studios went on to become Soviet and Russian classics. The Gorky Studio has been a testing ground for new technologies and new genres. The country's first science fiction, sound and colour films were all made at this studio. RIR lists eight Gorky Studio movies that won acclaim in Russia and abroad.

The film is an adaptation of the eponymous novel by Mikhail Sholokhov, who won the Nobel Prize for Literature for the novel in 1965. The story is a love triangle between Cossack Grigori Melekhov, his wife, and his first love, unfolding against the backdrop of the First World War and the Civil War. Historical fault lines coincide with a personal drama, in which the protagonist vacillates between the two women and between opposing sides in the conflict tearing the country apart. The film very accurately portrays the everyday life of the Cossacks, their dress, speech and customs. The movie won the best foreign film award from the Directors Guild of America, the Crystal Globe prize at the Karlovy Vary International Film Festival and a certificate at the Mexico International Film Festival. 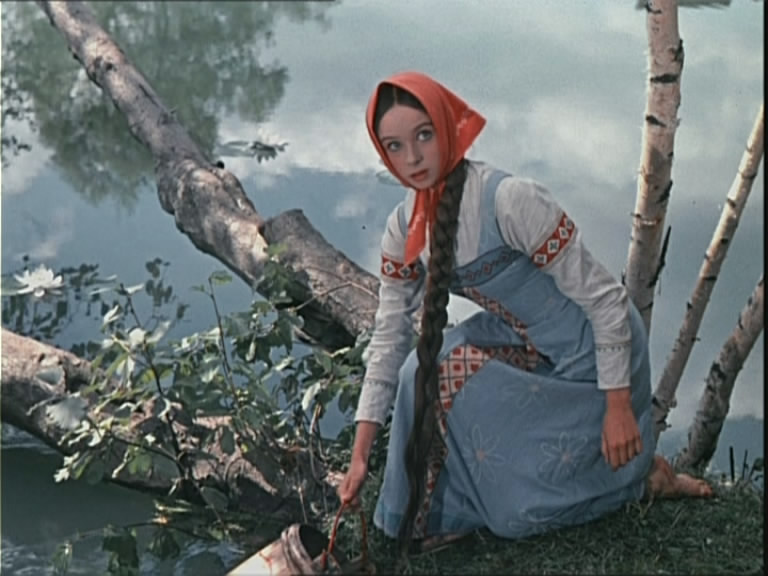 A musical film based on Russian folk tales, with the use of special effects that were very advanced for Soviet cinema of that era. It is a variation of the Cinderella story in a notional Old Rus setting. In 1965, the film won a Lion of San Marco-Grand Prize at the Venice Film Festival as the best children's film. In 1966, "Morozko" was released in the UK and the USA, and the US Cinema Advertising Council presented Rou an Award of Excellence for the best script for family viewing. The film became a particular favourite with the Czech audience and is still considered to be essential Christmas and New Year viewing in that country. 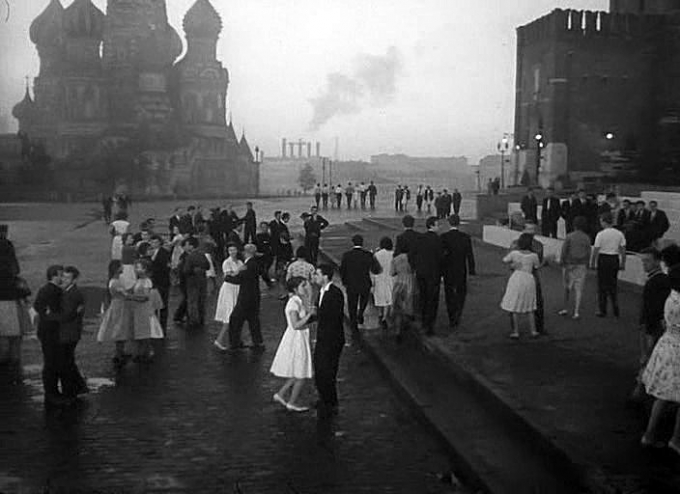 The movie is a lyrical tale about the younger generation at the time of the Khrushchev Thaw. The film featured cult poets of the 1960s, Yevgeny Yevtushenko and Andrei Voznesensky. It tells the story of three friends, trying to make sense of what life is and what one should seek in life. One gets an offer to become an informer and tells the others about it. The three men have differing opinions on the matter and their friendship suffers as a result. Another strand in the plot explores the relationship that the 1960s generation had with their fathers' generation, who fought in the Second World War. The film captures the spirit of the 1960s in the Soviet Union and raises important ethical questions. It won the Special Jury Prize at the Venice Film Festival and a top award at the Rome Film Festival. 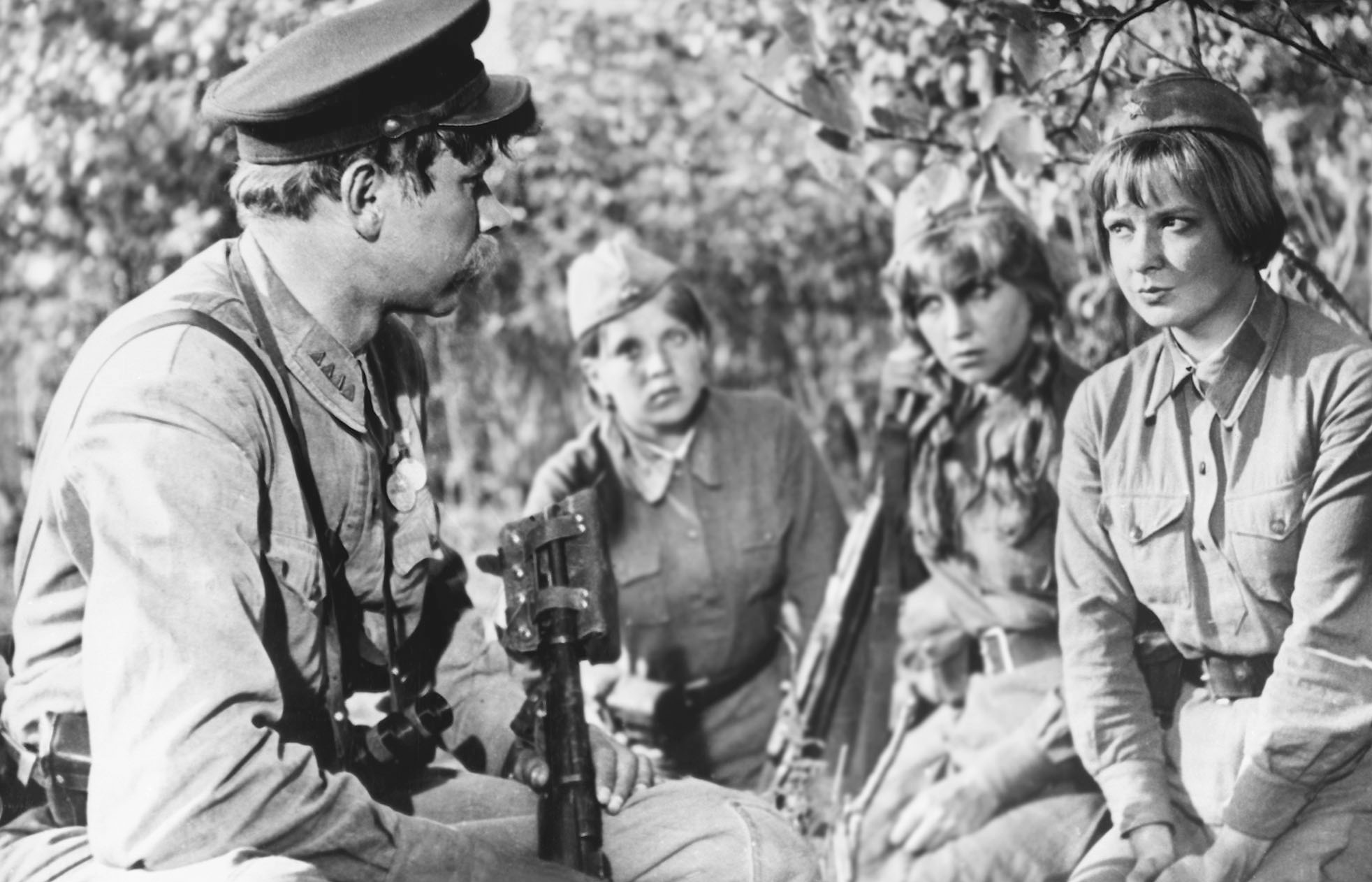 This adaptation of Boris Vasilyev's novel of the same name, which tells the story of five women serving in an anti-aircraft artillery unit during the Second World War, became the highest grossing film of the year in the Soviet Union. In the film, young female volunteers, who have just learnt how to hold a weapon, have to take on a larger number of Nazi soldiers and show wonders of courage in the clash with the enemy. In 1973, the movie was nominated for an Oscar in the Best Foreign Language Film category, the fourth of nine Soviet films to ever receive this nomination. It also received recognition at the Venice Film Festival. "The Dawns Here are Quiet" still enjoys popularity in the West: its IMDB rating is 8.3. It also became a favorite with the audience in China, and the Chinese even filmed a remake.

"Mio in the Land of Faraway", 1987; director – Vladimir Grammatikov 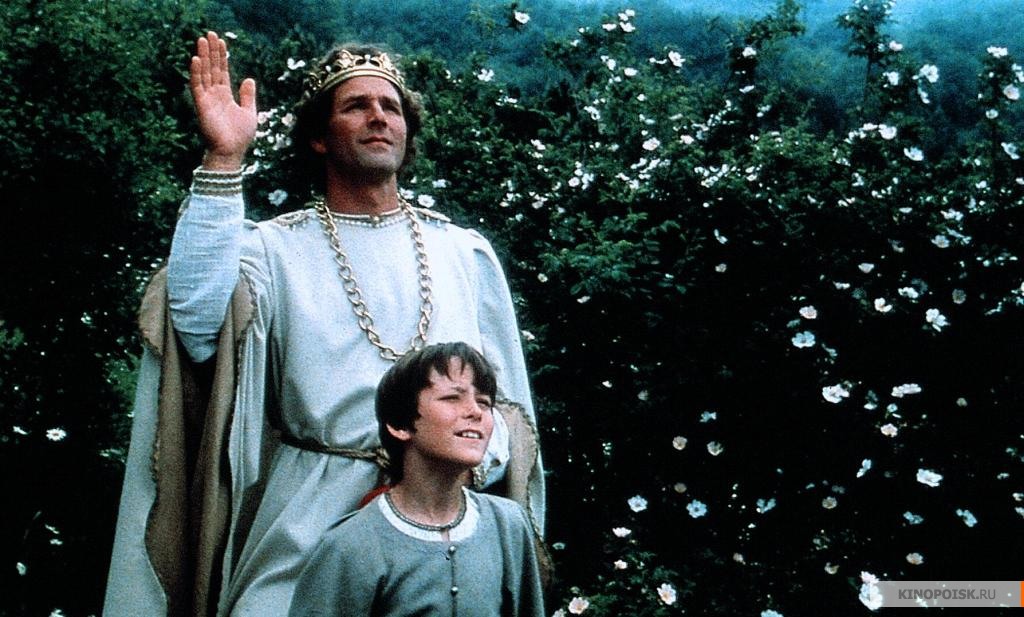 This is a fairy tale about two friends' adventures in a magical land, based on Astrid Lindgren's story of the same name. In it, a little boy called Bosse, who lives with his adoptive parents, finds himself in an enchanted country where he becomes Prince Mio. Now he has to defeat evil knight Kato, who kidnaps children. Mio does it with the help of his loyal friend Jum-Jum. In 1985, the Swedish producers decided that the film should have a Soviet director. Vladimir Grammatikov was chosen to direct the movie. Astrid Lindgren approved the choice. The film was shot in Crimea, Scotland and Sweden, while the music for the film was composed by an ex-ABBA soloist. The part of Jum-Jum was the debut of Christian Bale, the British film star now famous for "American Psycho" and the Batman trilogy. The movie won an award at the Cinekid festival in Amsterdam. 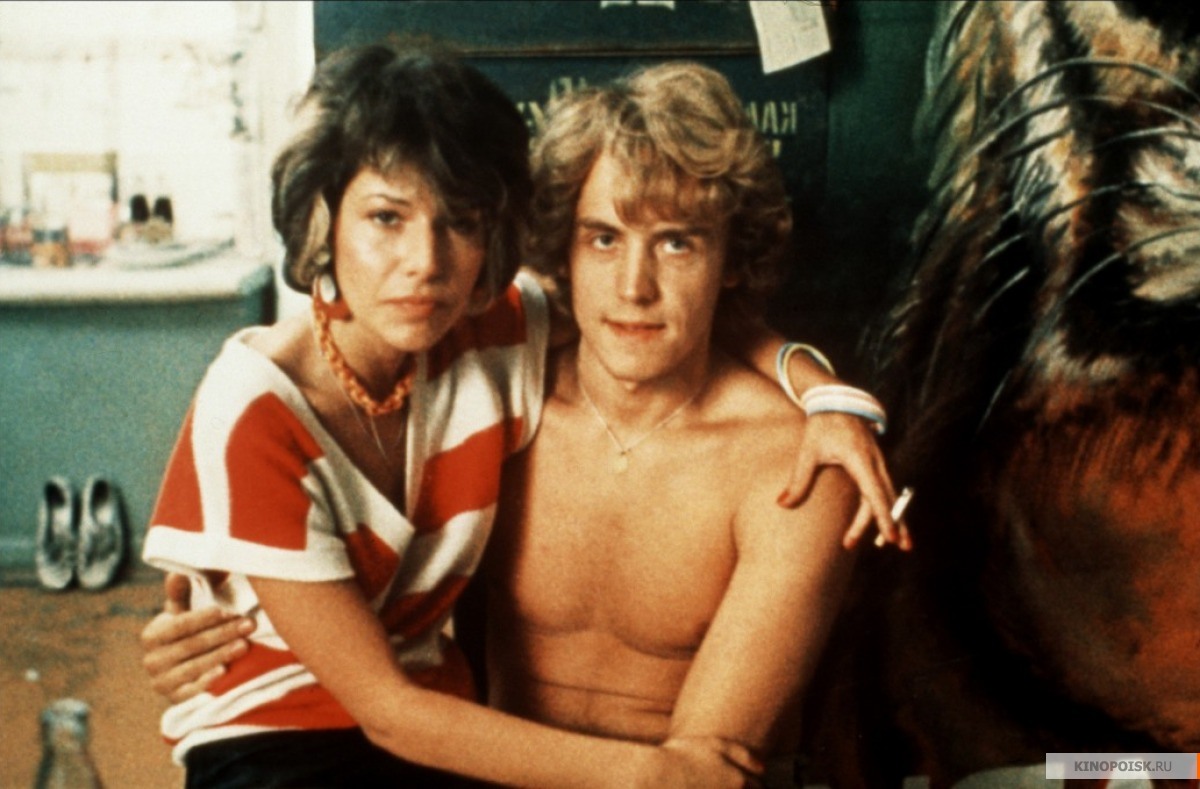 One of the top grossing films of the year in the Soviet Union, the film captures the angst of a teen rebellion in the 1980s. With a father who drinks heavily and an overworked and constantly exhausted mother, high-school student Vera's family is far-removed from the ideal of domestic bliss. Trying to escape from this grim existence and avoid following in her parents' footsteps, Vera is rebelling in every way available to her: she has dollars in her bag (which was illegal at the time), goes to discos and gets involved in a brawl with the police. That is where she meets a student, Sergei, and they fall in love. However, the girl's brother and parents are opposed to the match.
The film featured the first sex scene in Soviet cinema, which may have been one of the factors that contributed to its success. "Little Vera" became a symbol of the ‘perestroika’ years and the second most popular Soviet film in the USA after "Moscow Does Not Believe in Tears". The director, Vasili Pichul, won the Special Prize of the Jury at the Montréal World Film Festival and the FIPRESCI Prize at the Venice Film Festival. 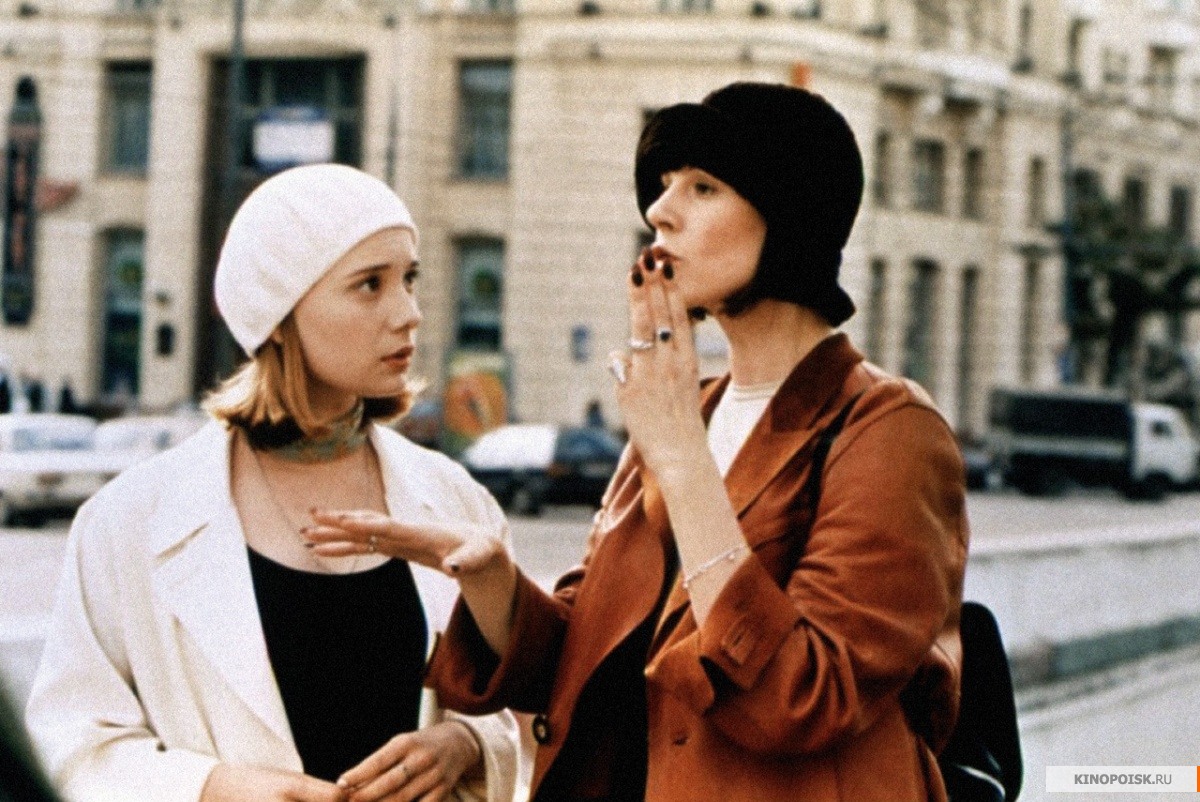 A utopian drama and comedy about friendship between two young women: the meek and unlucky Rita, whose fiancé sets her up having lost all his money playing roulette, and a deaf dancer called Yaya, who dreams of going away to an imaginary "country of the deaf".
The film is an adaptation of a story by a famous Russian actress, film director and writer, Renata Litvinova. It won numerous awards in Russia, took part in the Berlin Film Festival as well as in festivals in Chicago, Belfort, Brussels and Seattle. 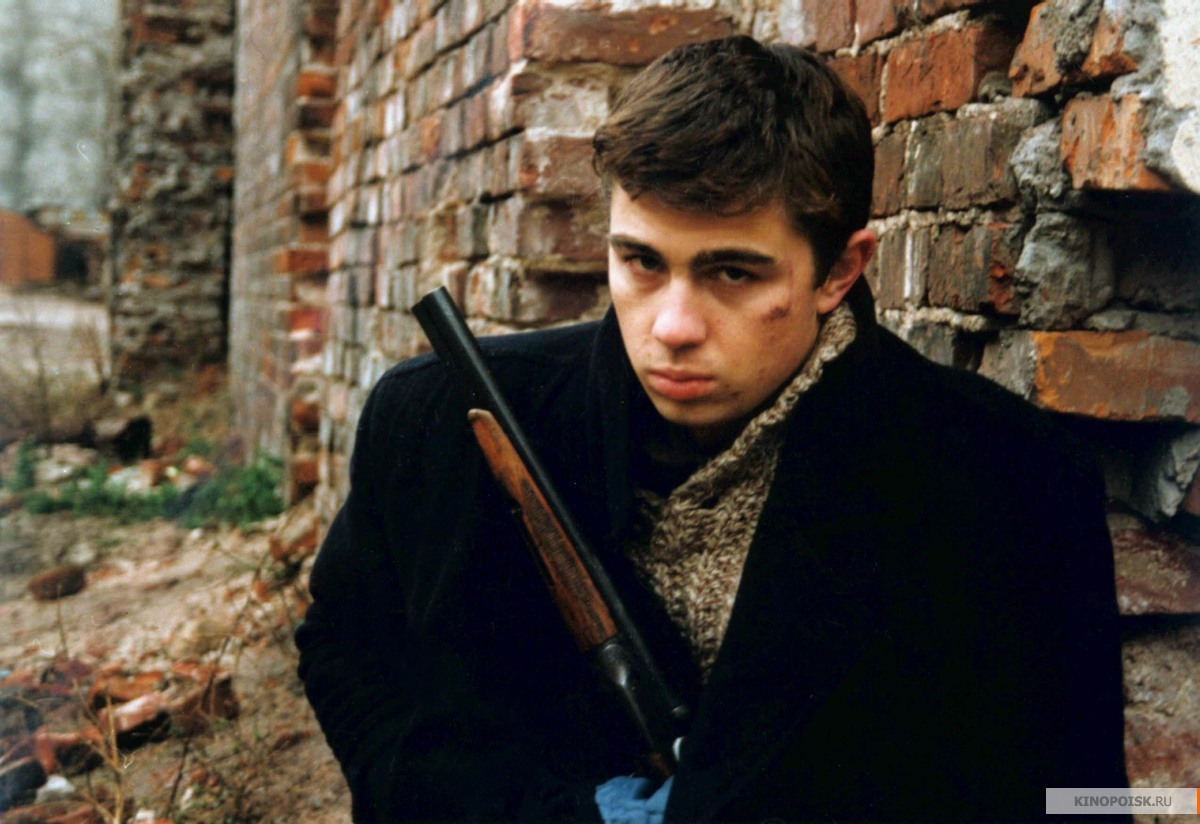 A cult criminal drama, this movie introduced a 1990s hero, Danila Bagrov. Danila, a veteran of the first Chechen war, returns to his native town, but a quiet provincial life does not agree with him. He comes to St Petersburg to his older brother Viktor and discovers that the latter has become a professional killer. The brother involves Danila into his shady business, trying to get him to kill Chechen, a criminal boss who runs a local market. Despite getting dragged into criminal wars, Danila manages to remain a simple and sincere guy, the quintessential nice guy.
The film became a landmark and a symbol of its time. Its soundtrack featured songs by the legendary rock band Nautilus Pompilius. The film was well received by the international film community. It won a Crystal Globe at the Karlovy Vary International Film Festival and awards at film festivals in Minsk, Trieste, Chicago and Turin.