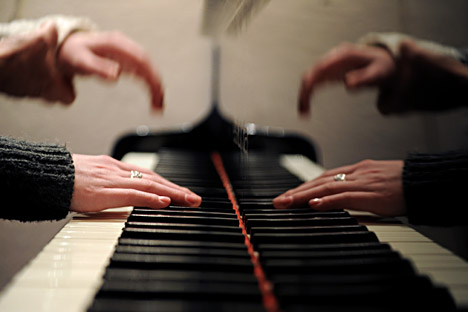 Russian woman won the contest with Brahms’ Concerto for Piano and Orchestra No.2 in B Flat Major. Source: Konstantin Chalabov / RIA Novosti

Anna Tsybuleva won £20,000 - the equivalent of more than two million roubles at current exchange rates - to become only the second woman in the history of the Leeds piano contest to take top honors.

The Moscow conservatory graduate's winning piece was Brahms’ Concerto for Piano and Orchestra No.2 in B Flat Major. The contest also saw another young Russian musician, Vitaly Pisarenko, 28, among the finalists, taking third place.

The competition, founded in 1961, is held every three years for pianists no older than 30. Russian musicians have won the contest four times. In 2009, the winner was Sophia Gulyak.  Previous winners were Dmitry Alexeev, Vladimir Ovchinnikov and Ilya Itin. Russian pianist are almost always among the competition's finalists - even when they are not the winners.