The Jackie Chan and Owen Wilson starrer Shanghai Noon was set in the time period when Russian exiles lived in the Chinese metropolis. Source: Kinopoisk.ru

The Chinese metropolis had a thriving Russian community in the 1920s and 30s. It sheltered both intellectual exiled White Russians and the working class that fled poverty in the Russian Far East.

Hidden among a multitude of colonial treasures on Shanghai’s Bund is a four-floor mansion that has housed the Russian consulate since 1896. If the walls inside the heritage structure could talk, there would be many an interesting story.  The building is a reminder of a time when Shanghai was a free port that was dominated by foreigners and had a Russian community that numbered 25,000 at its peak.

The first Russians to move to Shanghai were the wealth-seeking tea merchants who boarded the ferries from Vladivostok to the Chinese metropolis, which had a large international settlement, set up after the Qing Dynasty lost the First Opium War to the British Empire.

The Russian community in Shanghai began to grow from 300 in 1906 to more than 10,000 with a decade, as revolutionary winds swept across Russia. In her book, ‘Shanghai. The Rise and Fall of a Decadent City,’ Stella Dong describes the metropolis at that time as the most “pleasure-mad, rapacious, corrupt, strife-ridden, licentious, squalid and decadent city in the world.”  Here the Russian Diaspora belonged to all rungs of society.

Before the Bolshevik Revolution, Russians had extra-territorial protections, but the turn of events back home proved detrimental to the diaspora. It’s also after the revolution that many Russians, both exiled White Russians and economic migrants came in droves to the city.

Jinglei Wan, a historian based in Shanghai says the Russians in the city had a unique position in the race-based hierarchy in the city. “They enjoyed a status that was higher than the Chinese, but were never accepted as being European by the English and French,” he says.

“They were hardly welcomed with open arms by Shanghai’s caste-based foreigners,” according to Dong. She added that the Westerners, who wanted to “preserve the appearance of their superiority to the Chinese,” found the “inundation by so many desperate and impoverished” Russian immigrants to be embarrassing.   While the wealthier Russians could speak European languages and brought with them jewelry, heirlooms and furniture, the poorer masses had no money or skills and could not speak English.

The wealthier Russians opened restaurants, started businesses and became musicians. Margot Fonteyn, the famous English ballerina of the Royal Ballet studied dance under various Russian masters in Shanghai, including Georgy Goncharov, a White Russian who danced at the Bolshoi before the revolution.

It was more difficult for those without specific skills. Many Cossack soldiers and officers would join a White Russian battalion, while others joined the police or became bodyguards for rich Chinese people.  Some even joined the armies of Chinese warlords, according to Dong.

“The poorer of the lot even became beggars, burglars and pick-pockets,” says Wan “When they were caught, they were tried under Chinese law since they lost extraterritorial protections when they refused Soviet citizenship.”  He adds that the poorer Russians were an “eyesore” for the Westerners who hated the sight of destitute drunken Europeans being arrested by the police.

Russians musicians and dancers further livened up the entertainment scene in Shanghai. “Incongruously, the Chinese City has the Bolshevik Revolution in Russia to thank for the first of what would be some three hundred cabarets at the peak of Shanghai’s career as the Jazz age capital of the Far East,” Dong wrote in her book.

Dong cited the example of Russian women providing for their families by working as escorts and prostitutes.  She quoted a writer of that era as saying that many of the Russian women were “blonde, beautiful and bewitching in the eyes of young and exiled Englishmen and Americans.”  Many women worked for drinks and commissions and learned a few words of English for survival.  “Rather than bemoaning their fate, Russians simply tossed their waved tresses and forged bravely ahead,” Dong wrote.

“The sheer number of prostitutes made the trade very competitive,” says Wan. “The Europeans hated the fact that Russian prostitutes would even provide their services to low class Chinese.”

A great fictional depiction of those days is the 2005 Merchant-Ivory film, ‘The White Countess,’ which focuses on Russian women trying to survive in Shanghai in the 1930s.

The Russian consulate had iron gates surrounding all the windows on the first floor. Wan says there were several attempts by White Russians to storm the consulate and take over.  “On two occasions, they almost managed to enter the building, before being quelled,” he adds. “This led to huge security arrangements right through the time Shanghai had an international settlement.”

The Russian community managed to survive the Japanese occupation of Shanghai in 1941.  Initially the Japanese saw those who took Soviet citizenship in a positive light, but as tensions grew between the countries, White Russians were treated better.

Once the Second World War was over, the Russians loyal to the Soviets returned home, while the White Russians fled to the Philippines.

In 2015, there is a new and growing Russian community in Shanghai, which is now one of the powerhouses of the global economy.  This community, comprising mainly of businessmen, professionals and students, is increasingly seen as a bridge between Russia and China. 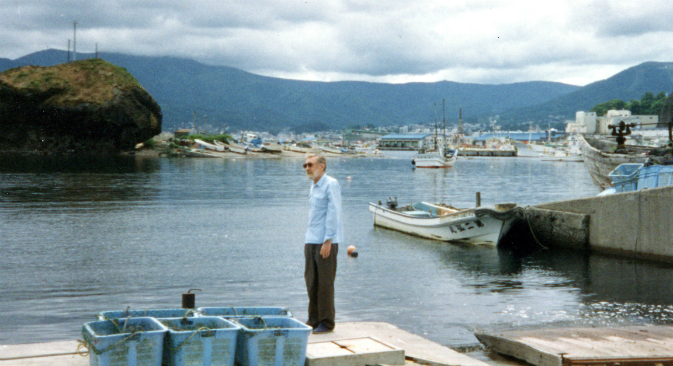 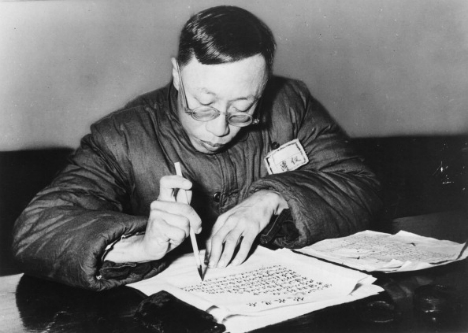