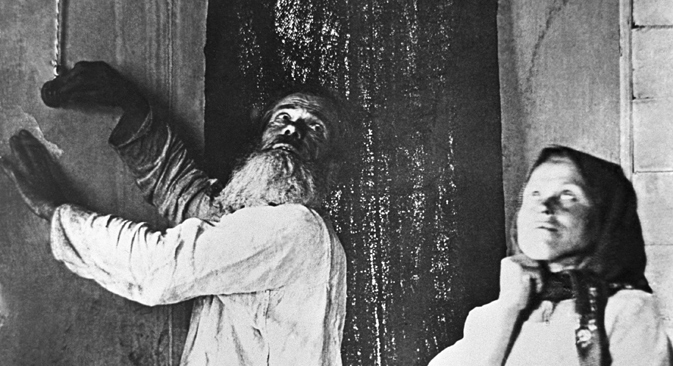 People have been concerned with economizing on electricity since it first appeared. Source: TASS

The Moscow gubernatorial medical administration has set up a special committee to test eau de cologne before it goes on sale. The aim of the committee is to fight the "potable" eau de cologne that has appeared on the market (this was used during periods of prohibition as alcohol – RBTH). The alcoholic strength of the eau de cologne to go on sale has been established by the committee at 80 degrees with a mandatory three percent of essential oils.

The Moscow administration wants to increase the fee of a tram ride by one kopek, attributing the increase to tram expenses. The Moscow tram, in comparison to others, is very cheap, say the administrators. At a time when prices for coachmen and automobiles have increased by 3-4 times, the tram price has remained the same. As a result of the huge waves of people riding trams, many passengers just avoid paying. This, along with privileged passengers who ride free of charge, costs the city at least 500,000 rubles a year.

The Ministry of Trade and Industry has held a meeting on the adoption of measures for decreasing electricity consumption.

The city administration made an estimate of the usefulness of the reduction of outside illumination.

In a year the savings would equal 40 tanks of oil.

Yesterday the initiators of the "British Flag Day" in Moscow held a meeting. The representative of the Moscow Society of Universities announced that the society is planning to organize 10 lectures dedicated to bringing Russia and England closer together.

The association chose October 26 as the date of "British Flag Day."