A cashmere classic from Russia: 10 facts about the Orenburg shawl 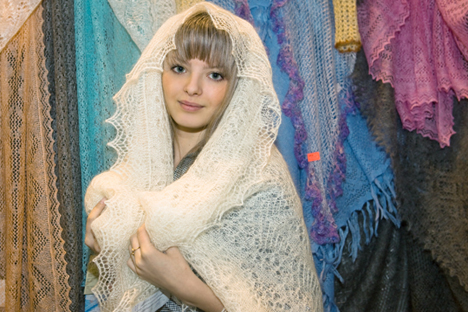 Lori/Legion Media
Cashmere lace shawls made of Orenburg goats' down hair are renowned for their warming and healing effect, and have been worn in the Urals since the 15th century, when horsemen wore them to protect themselves from the fierce frosts. But only in the city of Orenburg was practicality combined with great skill, making the shawls one of the enduring symbols of Russian folk handicrafts.

1. The "women's era" for the shawl began in the 18th century; Ural Cossack women, experienced in lace and embroidery, started using down hair to knit open-work shawls called pautinki (gossamer) for their subtlety. The handicraft emerged almost contemporaneously with the city of Orenburg itself.

2.  The handicraft became a trade out of scholarly considerations. Ethnographer Pyotr Rychkov paid attention to the healing properties of down. The researcher proposed to set up a down-knitting trade in the province in 1766.

3. The "world premiere" of Orenburg shawls took place in Paris in the mid-19th century. Then in 1862, Orenburg Cossack woman Maria Uskova was awarded the gold medal for shawls made of goats' cashmere at the International Exhibition in London.

4. The main secret of Orenburg shawls is the unique down hair used to make them, taken from the goats that graze in the harsh climate of the Ural steppes. The down is the world's finest – just 16 microns thick. For comparison, the mohair of the famous Angora goats is 22-24 microns.Source: YouTube/ Interweave Craft

5. An attempt to breed Orenburg goats in France, South America, and Australia in the 19th century failed. The mild climate lacked the severity of the Volga region, and the unique breed degenerated.

6. The down hair of Orenburg goats was a separate category of article exported by the Russian Empire. France bought tens of thousands of pounds of this hair. In England, they went further – they knitted shawls marked "Imitation Orenburg."

7. In the USSR, authentic Orenburg shawls were a museum rarity. It was almost impossible to buy a handmade shawl. Until 1985, cashmere knitters were registered, and their work was used exclusively for export. 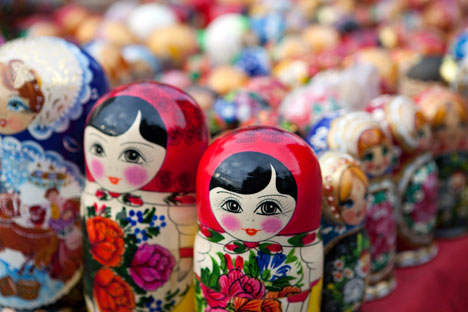 More than just a pretty face: The secrets of the Russian matryoshka

9. Many celebrities who have visited Russia have become the proud owners of Russian shawls, including Madonna, pop singer Fergie, U.S. actress Sean Young and opera singer Montserrat Caballé, among others.

10. An Orenburg shawl should be able to be drawn through a wedding ring and fit inside a goose egg – though this is not a test of authenticity. It refers only to the famous "gossamer" shawl produced by the city’s shawl makers. You cannot put weightier shawls from Orenburg through the ring, but they will warm you better in the cold.

Read more: What do you know about Russian superstitions?