Back to the USSR: Lamenting the loss of the everyday 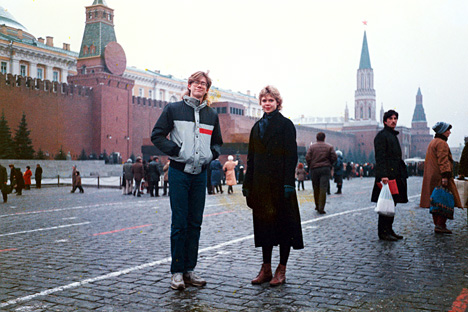 Bart Everson/flickr.com
While the range of consumer goods available to ordinary Soviet citizens was notoriously narrow, some of those goods were – and still are – so dear to people that they couldn’t have imagined life in the Soviet Union without them. RBTH interviewed a number of people who lived through the era to find out what they miss the most.

“The thing I remember most fondly is how milk was sold on tap,” said Polina Maslovskaya, a retiree. “You had to buy it before going to work, around 7 a.m., since stores used to run out of a day’s supply by the afternoon. This kind of milk would turn sour very rapidly, and if that happened, my mother used it to cook pancakes.

“Nowadays,” said Maslovskaya, “you can store a milk carton for an entire month, and it will still be drinkable, even if it’s past the expiration date. We used to store glass bottles for milk – we sterilized them and then put them on the radiator to dry. It was sometimes difficult to carry several liters’ worth of milk in bottles, so we also used to bring barrels and little buckets to be filled. That was the tradition.”

“Russian writer Ivan Bunin once said nothing brings memories back quite as well as smells. That’s probably why I thought of the Troinoi (Triple) cologne,” said Irina Dubtsova, a pediatrician.

The fragrances of a bygone era

“This is the scent of my childhood. There was a rumor at the time that Troinoi was Joseph Stalin’s favorite perfume. My grandfather, my dad, my first boyfriend, a university professor of mine, a cab driver I once met – all of them used Troinoi.

“It was cheap and came in a sizeable bottle. My mother used it to treat cuts, and my dad cleaned his scissors with it. So, I guess you could say that everyone smelled the same in the USSR”, added Irina, laughing.

“I, for one, miss collecting things”, said journalist Yury Kravchenko. “I used to collect stamps, and also ice hockey-themed badges. Later, I started collecting lighters. I’m now remembering how fascinated I was when I saw a rare stamp in my friend’s album – it was incredibly stressful, it was probably easier to swim a kilometer than to find this cursed stamp! Nowadays, there is really no point in collecting anything – you can buy whatever you want without too much trouble.”

“My generation had no personal computers or consoles. My son plays “Counter-somethings” and “Whatnot-crafts,” and my daughter is feeding animals at the farm she has in her phone,” said Alexei Belevich, an engineer.

“We had more interesting games – we used to arrange secret rooms in our house, we played in our yard and in my father’s garage. That said, I can think of one video game I miss – it was Nu, Pogodi! (“Well, Just You Wait!,” the name of a popular Soviet cartoon the game was based on).

“It was actually an unofficial clone of a Nintendo handheld electronic game. There was a rumor that after you scored 1,000 points, you would be rewarded with a cartoon that would be shown on the screen. I used to play it until my fingers got covered with calluses, and I did manage to get to 1,000 points once, but there was no cartoon! I was devastate,” said Belevich.

“When we went to our local market, we always took our mechanical scales. It was really convenient, since we could be sure no vendor could deceive us,” said retiree Larisa Yegorova.

“No-one uses scales like these today. I could only imagine how surprised people standing in the line at the store would be if I were to get those scales and start checking the weight of every vegetable bag.”

QUIZ: What do you know about perestroika?