Potatoes and spring onions: A Soviet version of an American classic 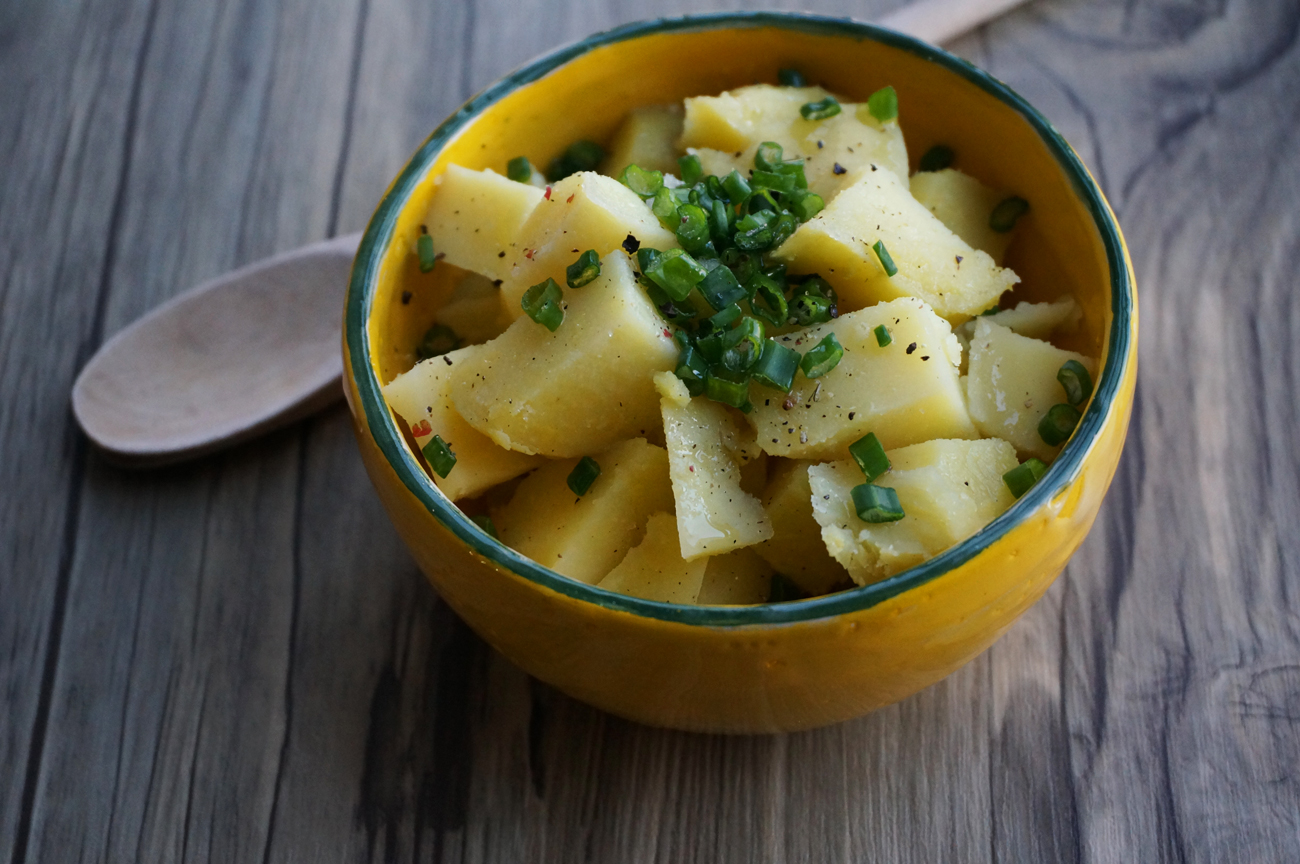 Anna Kharzeeva
The humble potato can break down barriers in the strangest of ways.

On the 4th of July, we had an American friend staying with us in Tbilisi, and I was trying my best to make something American. The best thing I could come up with was potato salad in addition to apple pie (there was more food on the table, but the rest was probably not American). I had made potato salad a few times before after I first tried at an American friend’s place. My salad was “American approved,” as my friend put it, and I was very pleased with myself.

A few months later I stumbled upon a potato salad recipe in the Soviet cookbook. I can’t say it surprised me, as I now know the Book has everything – even if don’t see it at first, it’s there.

The Book’s version of the salad has spring onion, vinegar and sunflower oil as a dressing, with some salt and pepper. The addition of spring onions didn’t surprise me  either. When I was a kid, we grew our own, and my mother, brother and I would take a sprig, pour some salt over it and savor it like it was the most delicious thing in the world – and it was. Granny says her and my grandfather’s guilty pleasure was spring onion soaked in vinegar with some salt and pepper. “So bad for you, but so absolutely delicious!” Granny said. 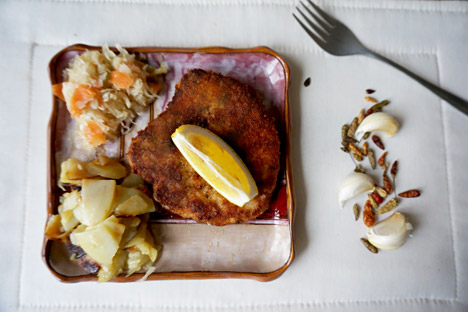 As much as we loved both potatoes (especially with some sour cream and salt!) and spring onion, I don’t recall ever having them together, certainly not in a salad.

Around the time I was into spring onions with salt I tagged along on a trip to London with Granny’s friend, Galina Vassilyevna, and kids from the school she taught at. One of my memories of that visit is being stronly reprimanded by her after failing to come back to the hotel one evening, as I was too busy catching buses going in unknown directions until very late. I knew very little about her life back then, and obviously even less about discipline, so now it means alot to me that she shares memories from the past for this project, like this one:

“When the war started, we weren’t given an order to evacuate, and without one we weren’t allowed [to go]. The order came in very late, when the Germans were already very close to the village. They came in and stayed with us – they took a chicken from our backyard and got some potatoes and put both on to cook in separate pots. When the potatoes were cooked, they added some chicken broth and mashed them – the idea of mashed potatoes was so alien to us, we had never heard of it! When the meal was ready, a German said to my mother: ‘kinder’ – and pointed to the room we were hiding in. She brought the potatoes to us and honestly they were the most delicious thing I’d ever had!”

A picnic with a few foreign friends or hiding in a room while invaded by foreign soldiers – we all encounter foreign cooking in one way or another!

The Soviet version of the potato salad is lovely, but it needs some herring on the side, and I don’t think it’s up for competition with its American sibling – although this might be an idea for a Soviet/American cook off! 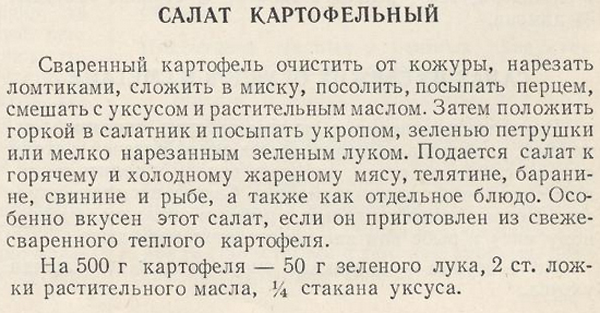 The recipe from the Soviet Cook Book, page 44

Boil potatoes. Peel, cut into slices, sprinkle with salt and pepper and mix with vinegar and oil.

Put in a bowl and sprinkle with dill, parsley or finely chopped green onions. It can be served as a side dish to cold roast beef, veal, lamb, pork or fish, or it can be served on its own.

This salad is especially tasty if made from freshly boiled potatoes.