Disney to show adventures of Mickey Mouse in Moscow 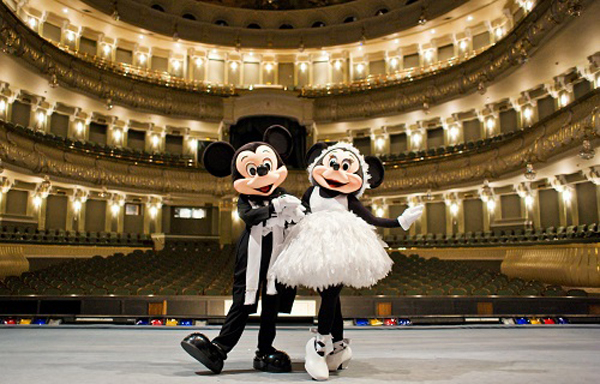 The new episode brings Mickey Mouse and his friend Minnie to the Bolshoi Theater.

The Disney Studio has made an animated film about the adventures of Mickey Mouse in which the studio’s iconic creation visits Moscow, the press service of the Walt Disney Company Russia & CIS has announced.

The animation will be screened on the Disney Channel in the U.S. on Feb. 5, and in Russia on Feb. 14.

The episode, called "The Bolshoi Ballet," brings Mickey Mouse and his friend Minnie to the Bolshoi Theater, where they are introduced to Russian ballet culture.

The film was created in honor of the Disney Studio’s 10th anniversary in Russia, and its animators were involved in writing the script.

The creators of the "Mickey Mouse" series often transfer its heroes to different cities of the world: They have already “visited” Tokyo, Beijing, Paris, Venice and New York.