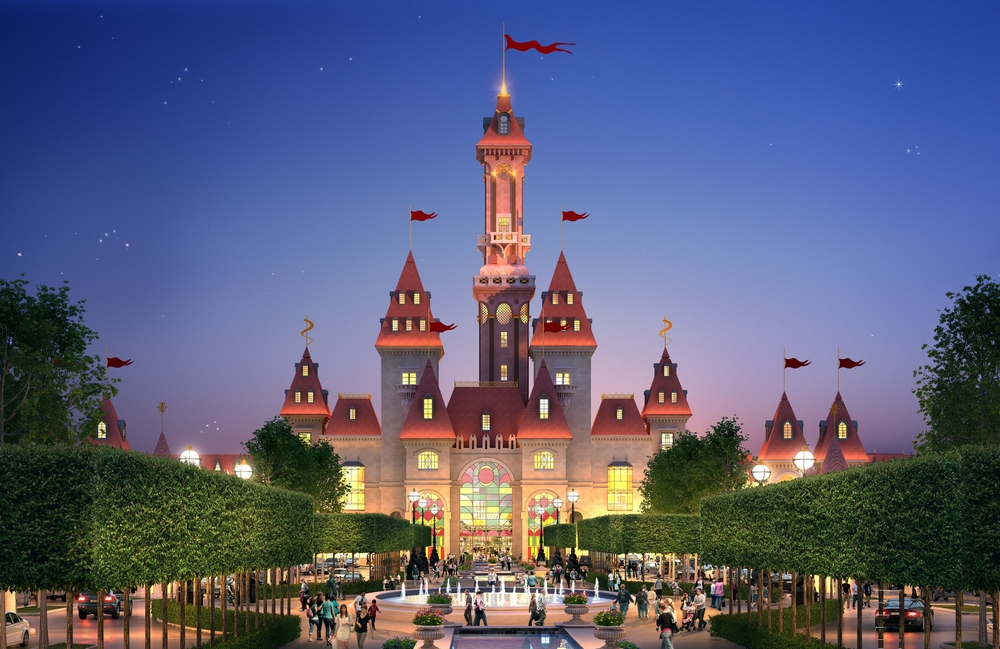 The Russian capital intends to open ‘Dream Island’ in 2018.

Press photo
The Russian capital intends to open ‘Dream Island’ in 2018. When complete, this will be the world's largest domed indoor theme park.

Generations of Muscovites have dreamed of having a Disneyland of their own. Former mayor Yury Luzhkov actually promised to build one in the Russian capital, but failed to find investors.

Sergei Sobyanin, the current mayor, has been lucky: he has managed to attract Regions Group, among the country’s largest real estate developers, which plans to invest at least $1.5 billion of its own and borrowed funds in the project.

The park, to be built on an allocated site of around 100 hectares in the Nagatinskaya Floodplain to the south of Moscow, will begin operating as early as 2018, the developers have said. The preparatory work is underway, and construction is due to begin in March.

The main obstacle to building a licensed Disneyland was the climate. In Moscow, it is only possible for an open park to function during four months of the year. The authorities therefore chose the theme design for an indoor park (one-volume, 35-metre-tall building), which people can visit throughout the year.

The developers expect around four to six million visitors to the park annually. The authorities and the investors rely on the internal flow of tourists, but also hope that the park will lure foreign tourists, who spend no more than three or four days on average in Moscow, to stay longer in the capital city.

The visual representation of Dream Island is reminiscent of ‘Cinderella’s Castle’ in Disneyland, but the project authorities and designers insist that it is not a stylization, but a completely original design. The architectural concept of the park has been developed by the British company Chapman Taylor, while the Italian company Land Milano was in charge of landscape design.

"All castles have similarities, so such comparisons cannot be avoided," says Amiran Mutsoyev, a member of Regions' board of directors. "The principal difference is that Disneyland is aimed at children, while The (Dream) Island is designed for visitors of all ages. Our park will focus on the characters from Russian fairy tales and cartoons, for example Cheburashka, and Gena the Crocodile."

More than 60 percent of the space in the park will be dedicated to Russian cartoon characters, and the rest to international characters. The company has signed licensing agreements with three major studios, including DreamWorks Animation, on the use of their cartoon characters.

The thematic areas will have not only the characters, but also the scenery from famous cartoons. For example, a mild rainforest climate will be recreated in the area of dinosaurs, while the Snow Queen area will have the winter sky and snow.

In addition to thematic pavilions, the park will have about 40 rides, including a roller coaster with a vertical loop. The park will also have a sailing school, concert hall and a three-star, 410-room Accor hotel, as well as shops and restaurants.