Blowing up the show: The nomadic life of a museum with no address 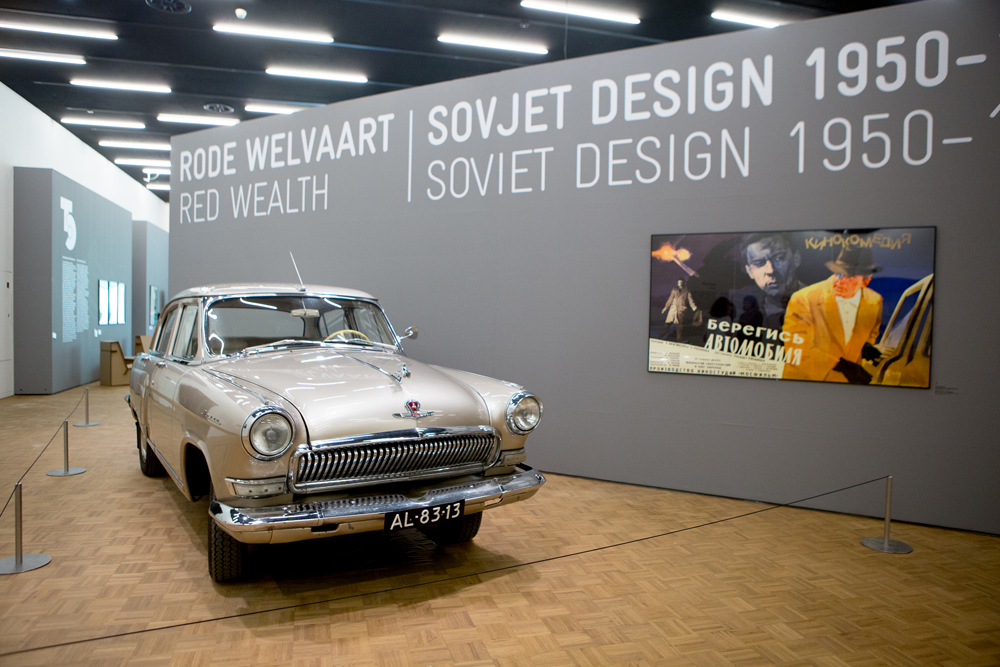 Exposition in the Moscow Design Museum.

Press photo
The Moscow Design Museum is not in great demand at home, but it has held successful exhibitions in the Netherlands and at the World Expo in Italy, and is now preparing for the London Biennale and collaboration with U.S. museums. RBTH spoke to its director, Alexandra Sankova.

"We literally blow up the show!" said Alexandra Sankova, director of the Moscow Design Museum, of her appearances at the annual museum network conferences organized by the Vitra Design Museum in Germany.

With bated breath, the directors of successful design museums of London, Barcelona or New York follow the ups and downs of their nomadic colleagues from Moscow, marveling at their vivacity.

"In the beginning, we told them about a museum in a bus," said Sankova.

"When we came a year later, the situation changed and we were given the Manezh Central Exhibition Hall in Red Square! A year later, we said that we had left the Manezh, but we were doing an exhibition in the Pushkin Museum."

Founded by Sankova in 2012, the museum was conceived as a mobile platform with educational exhibitions and lectures. A bus depot provided a free bus – a 25 square-meter space on wheels, which was supposed to travel around Moscow and surrounding areas.

"As a museum we focus on heritage," said Sankova.

"Seventy-five percent of the items are Russian design, 25 percent are Western items, the style icons that we can afford. We began to form the collection with our own large stock of graphic design and posters.

"Gradually, we began to add objects – equipment, furniture. We got a lot as gifts. Designers who once worked at VNIITE [the All-Union Scientific Research Institute of Technical Aesthetics – RBTH] donate us their personal archives," she said.

But plans changed, the bus did not budge, and the museum was sheltered by Manezh. The museum premiered with a retrospective exhibition titled "Soviet Design, 1950s-1980s," which attracted by 150,000 people in total.

Flushed with success, the museum held an exhibition dedicated to Russian packaging from the end of the 19th century to the present day, and then brought the project "New Luxuries: Less + More in an Age of Austerity," featuring cult objects of Dutch design, from the Netherlands to Moscow.

Shortly after the closing of the exhibition, Manezh changed its management, and the museum was asked to leave.

The museum found itself on the street in the run-up to the Olympic Games in Sochi, for which Sankova was preparing the exhibition "Sportkult," devoted to how the ideas of sports have been reflected in avant-garde art, product design, posters and film.

Sankova moved the project to the Proun gallery at the capital's famous Vinzavod art center, and soon received an invitation to show British design within the walls of the Pushkin Museum in Moscow.

The project "British Design: From William Morris to the Digital Revolution" was prepared by the Moscow Design Museum in cooperation with London's Victoria and Albert Museum as part of the Russian-British Bilateral Year of Culture in 2014.

In the summer of 2015, the museum took part in the Russian pavilion at Expo 2015 in Milan.

Even in the absence of a permanent address, the museum’s director has no plans to reduce its exhibition activity. Sankova recently traveled to New York to visit the Cooper Hewitt Design Museum, which was just opened after reconstruction. According to her, she "managed to interest the curators with the exhibition "Red Wealth: Soviet Design 1950-1980," which was a success at the Kunsthal in Rotterdam.

Sankova is also in talks with the Museum of Modern Art Department of Film in New York about a possible exhibition titled "Mosfilm and Hollywood," dedicated to the cooperation of the American dream factory with the oldest film studio in Russia, which may be held in 2017.

The Design Museum's nearest plans include the London Design Biennale, to be held on Sept.  7-27, which will be devoted to new technologies and industrial design.

While in Moscow, the director of the Victoria and Albert Museum invited Sankova to take part in this project. The Kamaz truck factory agreed to finance the participation.

"We will show the history of design in Russia, all periods and trends, and how design continued to live, despite all the difficulties and historical cataclysms," said Sankova.

"Incidentally, the situation is very familiar to the Moscow Design museum," she added.