A life with Russian dolls: One family’s creative traditions 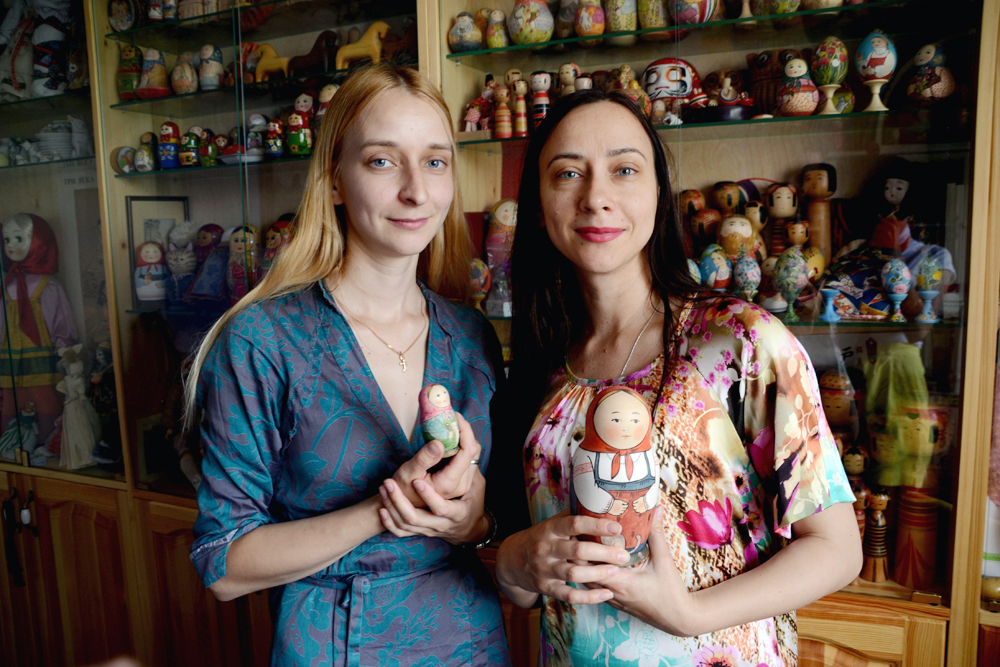 Alina Yablochkina
The town of Sergiyev Posad (43 miles north of Moscow) is famous not only for its old monasteries, but also for its long history of painting Russian dolls – matreshkas. In town there is a museum of toys and in the pavilions next to the Trinity Lavra of St. Sergius there is a wide selection of dolls to suit any taste. Among these rows of beautiful Russian dolls, you will always find a work of art created by the Dmitriev family.

Yuri, the father, makes the doll out of linden wood while Anna, the mother, and her daughters Masha and Lena, paint each one in their own unique way. Masha and Lena’s parents met while working at the Sergiyev Posad toy factory. They have instilled their love for doll making into their daughters since childhood.

“When we were small, mom and dad used to paint Russian dolls, not only at the factory but also at home in the evenings,” says Masha. “Therefore we also got involved with it at an early age.”

Young Masha and Lena not only decorated the Russian dolls but also played with them. Nowadays they may be married adults, but they still play with the dolls.

“I do not think you should look at Russian dolls with completely seriousness,” Masha continues. “Therefore, we view the process of creating dolls as fun and games.”

In addition to painting dolls, Masha and Lena work at the Sergiyev Posad Museum. Masha works with the dolls and gives master classes in different Russian cities while Lena works with fabrics. Therefore, her Russian dolls are often dressed up in clothes with patterns copied from vintage designs.

The factory doll versus an artist’s doll 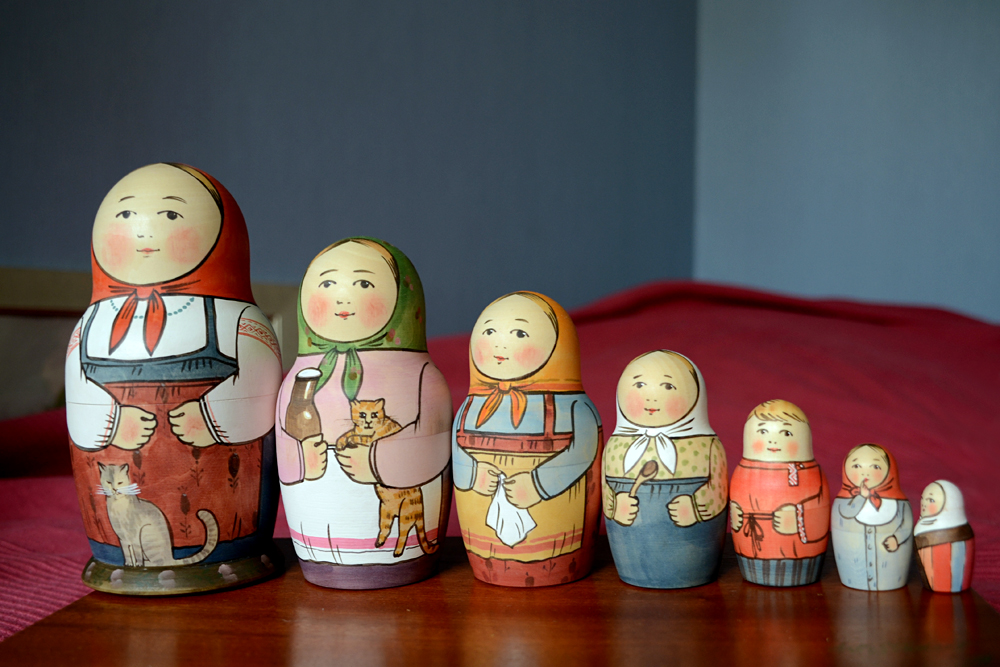 Anna is the main artist at the toy factory in Sergiyev Posad. She develops manufacturing samples for sequenced doll prototypes made at the factory.  They are painted with gouache paint and all bear the same identical pattern.

Decorating Russian dolls gives unlimited scope for creativity. Every artist finds their own favorite themes and images. Lena always paints her dolls with animals – goats, sheep, chickens and even owls. 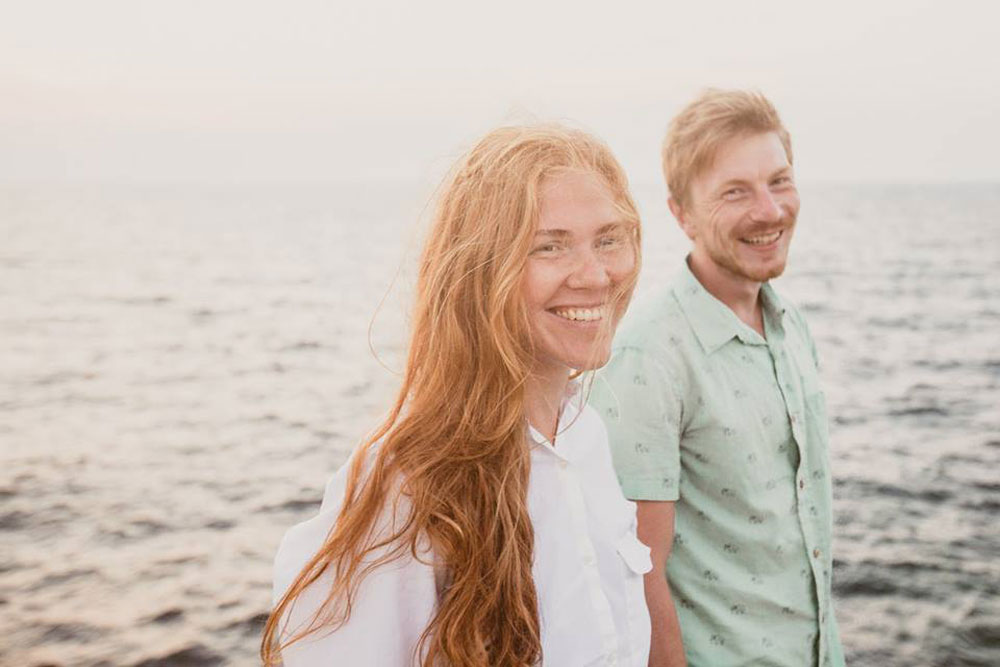 Masha’s favorite theme is family. Her large sets include all members of the family, from a grandmother to the tiniest of babies. The largest collection decorated by Masha consisted of 30 dolls.

“There are some Russian dolls that are so big that you could even fit a child inside,” remembers Masha. “When I was young and visited my father at work, the artists placed me in a big doll and closed it. It was actually very scary.”

The smallest wooden beauty in the Dmitriev family was made by Lena and is only four millimeters tall. 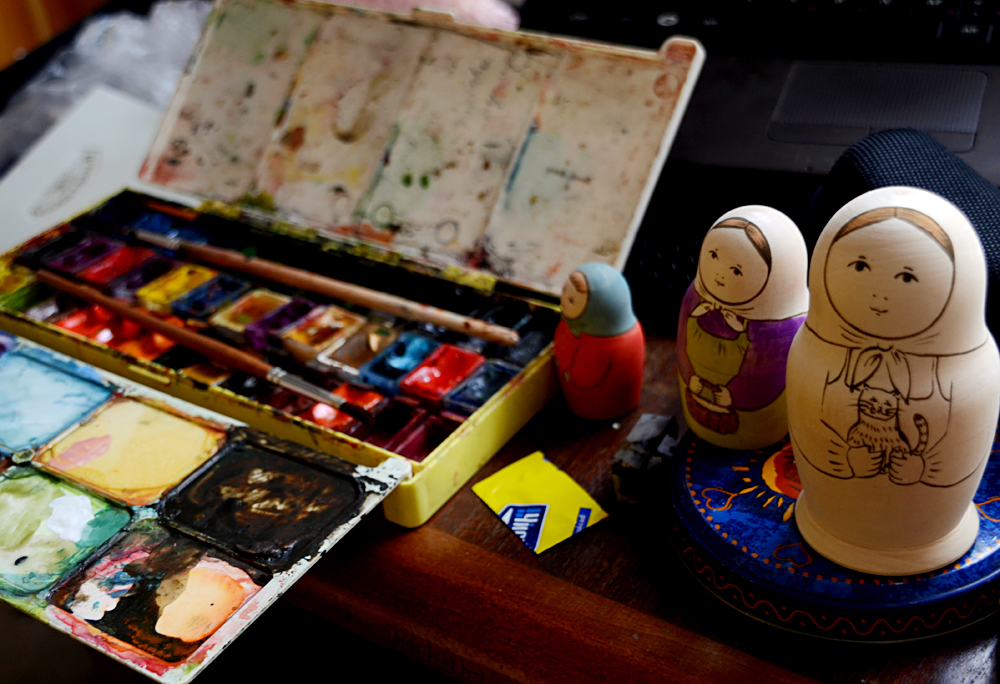 For the Dmitriev family, Russian dolls are the standard of beauty, the image of the Russian woman. Masha and Lena describe the perfect doll:

“The first and oldest Russian dolls essentially had almost unrealistic facial features; they were introverted, modest and silent. We try to stick to these principles in our work and preserve the image of gentle, Orthodox beauty. We try very hard. What if all Russian women were to be judged based on our dolls’ appearances?”

“All of the dolls in one set sit next to each other,” says Masha. “If we remove one member of the family from a set then there will be an empty space, confusion.”

The desire for simplicity 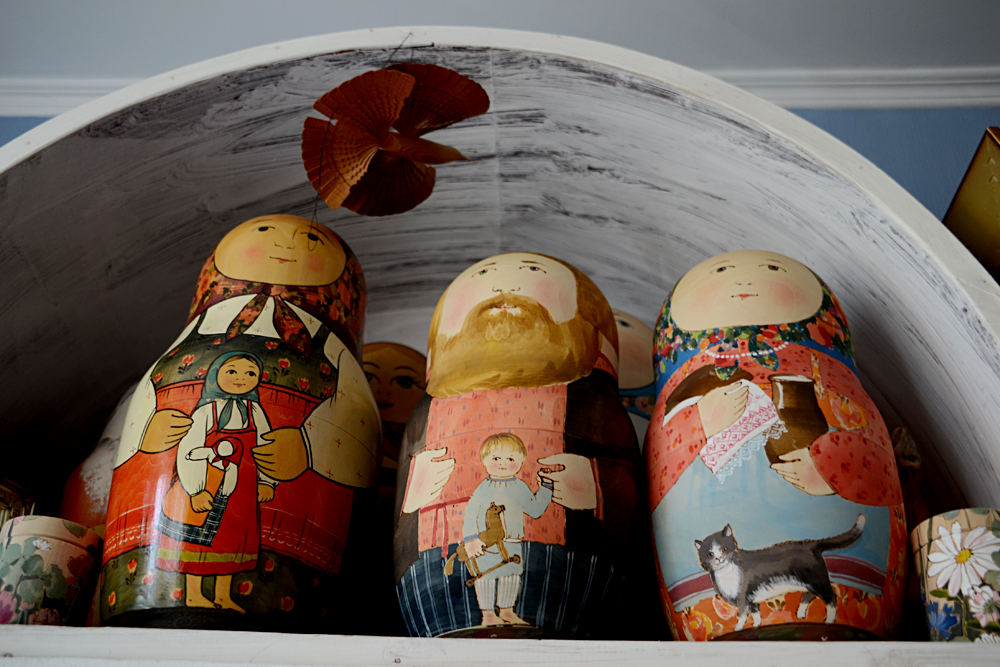 In the Dmitriev household you can find “kokeshi,” traditional Japanese wooden dolls, sitting alongside their Russian counterparts. Kokeshi and Russian dolls have a lot in common and artists from both countries are often interested in each other’s work.

“When I was in Japan for the first time, a Japanese newspaper published my article where I wrote about how much I love kokeshi,” says Masha. “One Japanese woman from Tokyo read this and said that she wanted to give me her collection of kokeshi dolls. So, we received some remarkable dolls.” 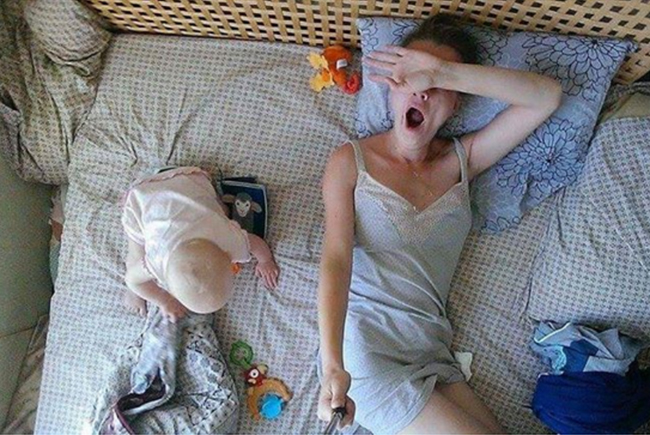 A detailed look at the daily routine of a Russian mother

Masha says she loves the kokeshi dolls for their simplicity. The less an artist does with the wooden doll, the better the toy.

“Artists are always trying to add something and paint it on,” Masha says. “In our family we try to continue the tradition of subtle painting, so that everything is painted in one stroke.”