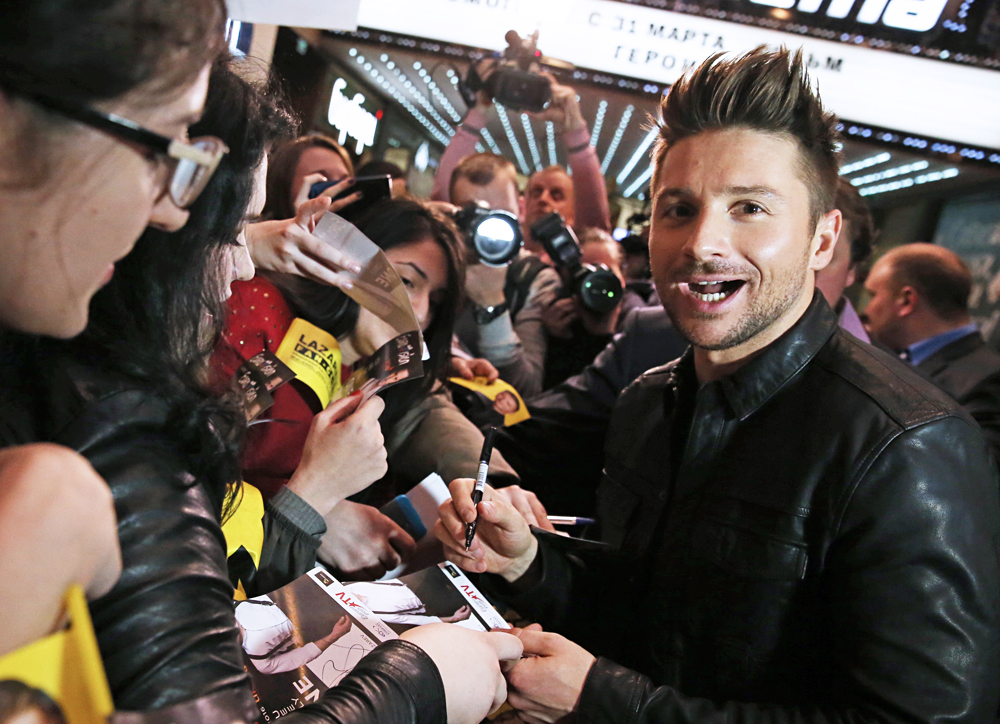 Vyacheslav Prokofyev/TASS
Sergei Lazarev will represent Russia at the upcoming Eurovision Song Contest on May 14. At the beginning of the 2000s he sang in the Russian equivalent of Wham!, but has still not managed to find his place on the Russian pop scene.

Russian singer Sergei Lazarev is hoping that "You Are The Only One," which he will perform as the country’s official entry at the 2016 Eurovision Song Contest on May 14, will not only introduce him to an international audience but will help him to make a breakthrough on the Russian pop scene.

"Each of us is unique and unrepeatable, and we must remember this," explained Lazarev in an interview with online newspaper Gazeta.ru, talking about the message the song is trying to convey.The video has already been watched 8.8 million times on YouTube and bookmakers are confident he will win the competition.

Lazarev admits that it was only the song that spurred him to enter the contest, which he has passed by for the last eight years. Critics say that the singer, with all the elements of success – record labels, a voice, experience and an English repertoire – cannot find his place on the Russian pop scene.

"The fifth element is always missing…. the breakthrough," said Lazarev.

Before embarking on his solo career, the 33-year-old singer performed in the duo Smash!! with Vlad Topalov. The group was a pop sensation in Russia at the beginning of the 2000s and Lazarev and Topalov became idols for teenage schoolgirls. The youths recorded the aria "Belle" from the Notre Dame de Paris musical and with the song won the Young Performers Contest in Jurmala, Latvia.

They were labeled "the Wham! of the 21st century” since they were originally managed by Simon Napier-Bell, the man who had once been manager to the kings of the early 1980s British pop charts, the duo Wham!

However, having arrived with a bang, the duo Smash!! abruptly disappeared into obscurity, repeating the fate of Napier-Bell’s previous charges. In 2005 Lazarev began a solo career and as of today has released four solo albums and 27 videos.

All earnings towards shows

Lazarev's first solo album Don't Be Fake came out in 2005. This led to the singer engaging in a collaboration with famous British record producer Brian Rowling (who had produced hits such as Cher's "Believe" and Enrique Iglesias' "Bailamos").

Two years later they recorded a third album called TV Show, having worked with more than a dozen composers from the UK, Scandinavia and the U.S. (one of the team members was Rob Davis, a co-writer of Kylie Minogue's "Can't Get You Out Of My Head").

In 2010 the singer signed a contract with America's SONY Music to record his next two solo albums, Electric Touch and Lazarev (2012).

Lazarev invests all his earnings in his shows. He says that he does not even own an expensive watch and only has one car.

"Costumes, decorations – this all costs crazy money and I always have my pockets empty. I would really need to work a lot to recoup it all," he said.

Due to his full agenda Lazarev recently lost consciousness during a concert. The preparation for Eurovision and the strain from his second profession, acting, had taken their toll. But he has now recovered from thebreakdown, and it should not affect his performance in Stockholm.

Pop versus politics: Russia steels itself for Eurovision backlash>>>