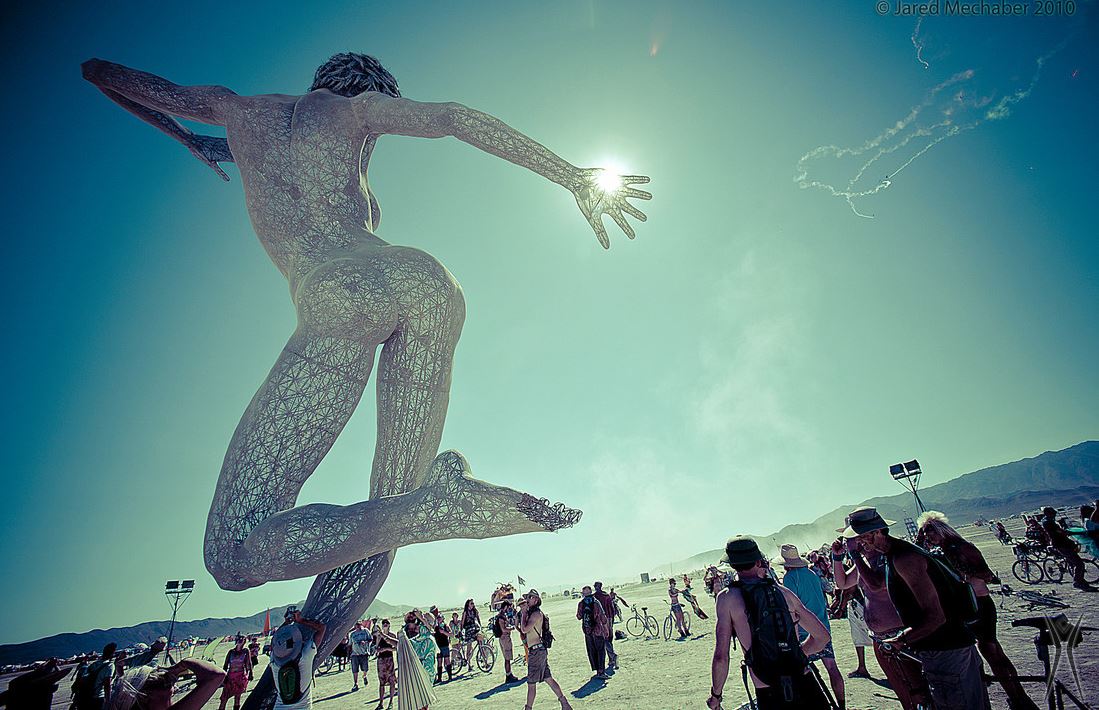 jared Mechaber
A self-balancing wooden statue, "Makhalych: Birding Man" will be partly constructed with a grant provided by the cult art festival in Nevada.

Contemporary Russian artist Vasily Schetinin intends to install a massive artwork called Makhalych: Birding Man at the 2016 edition of the Burning Man Festival, which will take place in the Black Rock Desert of Nevada, U.S. from Aug. 28 to Sept. 5.

The total budget for the construction of Makhalych is $97,000, which is mostly covered by a grant provided by the organizing committee of the Burning Man Festival, an event for artists and non-conformists of all stripes that has attained a cult status since its inception in 1986. However, Schetinin still needs to collect $15,000 and has started a crowdfunding page at indiegogo.com.

Makhalych is a self-balancing kinetic object with interactive design, which consists of six 18-yard wooden wings, a 16-foot-long figure and a multimedia system for audio and visual effects. The weight of various parts of the sculpture is distributed in such a way that the efforts of just one person will suffice to bring it into motion.

"A human figure, equipped with wings, is always the symbol which stands to counter injustice, transcend borders and celebrate human thought,” reads the description at indiegogo.com.

Vasily Schetinin, the artist, is well-known for his initiative to build an artist village outside of Moscow at Nikola Lenivets (125 miles southwest of the Russian capital), which became the site of the first Archstoyanie festival of landscape objects.