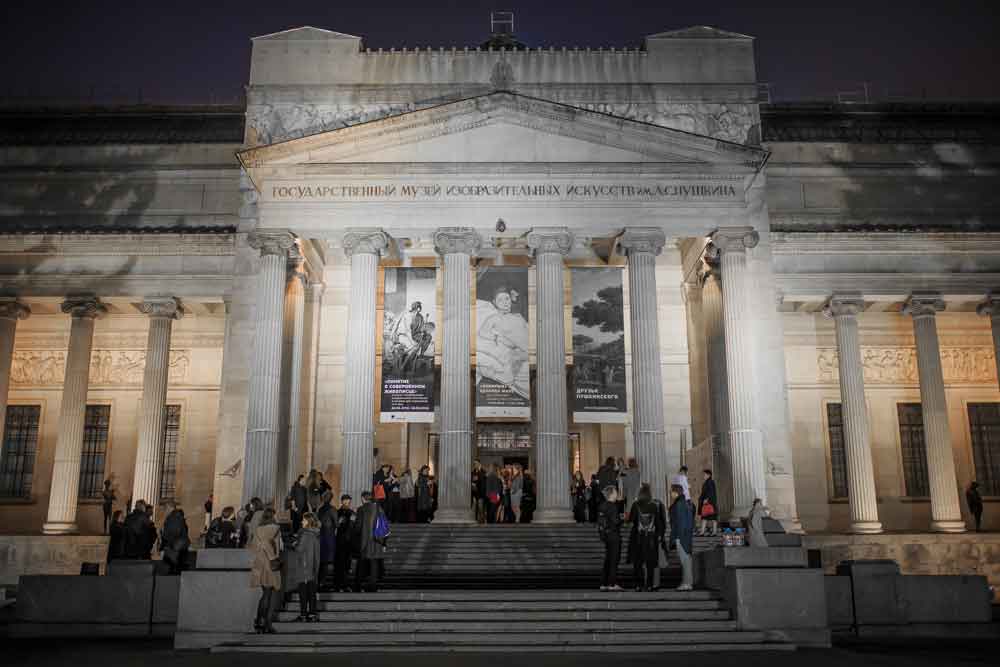 The Innovation award ceremony held in Moscow on May 18.

Press photo
Russia’s only state contemporary art award ceremony took place in Moscow on May 18 and saw the country’s best artists and curators of 2015 receive prizes. RBTH presents a guide to the winners.

Leading Russian curators and artists have been recognized for their work at the Innovation award ceremony, held in Moscow on May 18.

The prize, established by the National Center for Contemporary Art (NCCA) and the only state award given in the field of contemporary art, is bestowed on artists and curators for projects realized in the previous year.

This year, due to a scandal that had erupted in the spring during the session of the prize's expert committee, a prize was not awarded in the "Work of Visual Art" nomination.

A number of the committee members abandoned the session because the NCCA director refused an application to promote the work The Threat by artist-activist Peter Pavlensky. On Nov. 9, 2015 as part of the work The Threat, he set fire to the door of the Lubyanka, the FSB headquarters in Moscow, and was arrested. His trial is still ongoing.

RBTH presents the winners of this year’s Innovation prize.

One of the best-known Russian curators in the West, Misiano and his family spend most of their time in their house in Italy. He curates many exhibitions in Europe and in Asia. In 2015 he began a new large-scale exhibition project in Russia titled "The Human Condition," which will continue until 2018. The project's first exhibition (for which he won the prize) and symposium took place at the NCCA, assembling an impressive international pool of artists, including Elisabetta Di Maggio, Alexandre Joly and Christiane Löhr.

This perhaps is the most important Russian artistic project taking place outside Moscow and St. Petersburg.

Biennale commissar and director of the NCCA branch in Yekaterinburg Alisa Prudnikova practically did the impossible: She had the local authorities and businesses focus not only on contemporary art but also on the heritage of constructivist architecture, much of which has been preserved in the Urals, as well as on the memory of the region's Soviet industrial past.

The Biennale was indeed international: Last year 80 artists from 20 countries participated in the event, which was curated by Li Zhenhua from China and Bilyana Ciric from Serbia.

25-year-old Chechen artist Aslan Gaisumov has already attracted public interest at exhibitions in Russia and Ukraine, and was nominated for the Kandinsky Prize in Moscow and the Future Generation Art Prize established by the PinchukArtCentre in Kiev.

He works with the theme of national identity and in the video Volga, for which he won the prize, he reconstructed the history of his family: In 1995 his 21-member family moved with one old Volga car from war-torn Grozny to a mountainous village where the artist's grandmother lived.

For this and other works Stella Kesayeva, founder of the Stella Art Foundation and former Russian Pavilion Commissar at the Venice Biennale, presented Gaisumov with a special prize.

‘For creative contribution to the development of contemporary art’ – Boris Orlov

De-constructor of Soviet art and living Sots Art classic Boris Orlov is well known throughout the world in art circles. His ironic sculptures on the subject of Soviet heritage intermixed with pseudo-classical sculptures have been exhibited in many museums, from the Guggenheim in New York to the Kunsthistorisches Museum in Vienna.

‘For the support of Contemporary Art in Russia’ – Leonid Mikhelson

The Russian billionaire and founder of the Novatek gas company is famous for being a passionate art collector, and not only art that serves as a good investment, such as Impressionism, but also contemporary works.

A big part of his collection is located outside Russia. In Moscow he owns the V-A-C Foundation, which makes art projects all over the world. It once invited Italian architect Renzo Piano to reconstruct the foundation's building in a former hydroelectric station.