10 facts about the Tretyakov Gallery that even Russians don't know 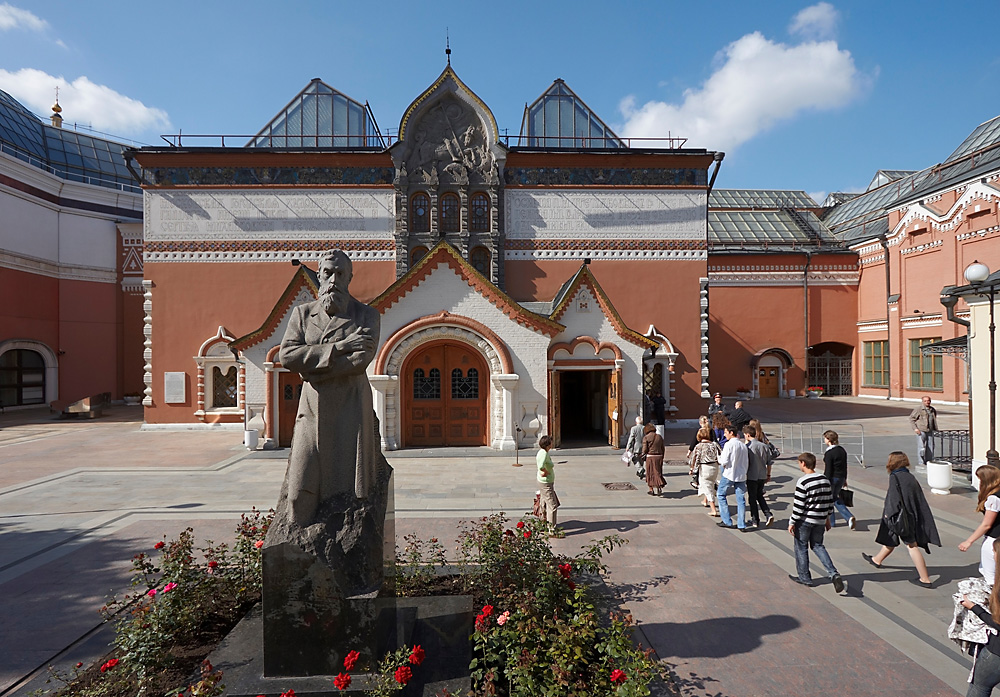 The State Tretyakov Gallery is the foremost depository of Russian fine art in the world.

Lori/Legion Media
On May 22 the State Tretyakov Gallery in Moscow, one of the most important museums in Russia, celebrates its 160th birthday. RBTH presents 10 interesting facts from the history of the country’s principal repository of Russian art.

1. The museum began with the purchase of one genre painting

The gallery's chronology began with Russian merchant and collector Pavel Tretyakov's purchase of Vasily Khudyakov's painting Skirmish with Finnish Smugglers. He bought it for 450 rubles (almost $7,700 in today's worth) in 1856 at the artist's workshop in St. Petersburg. 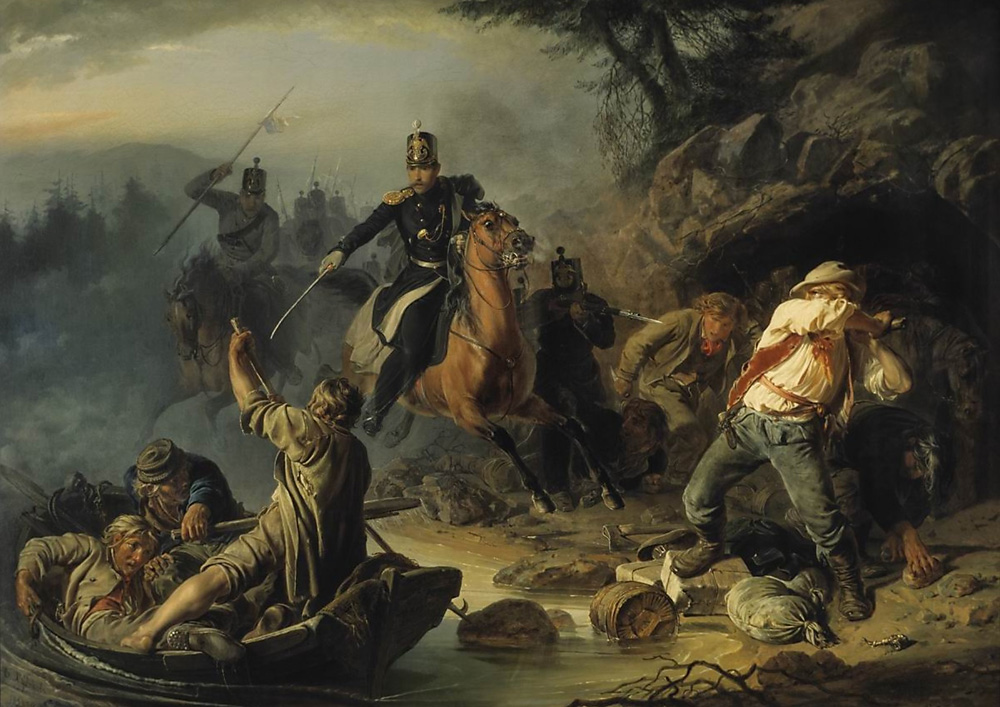 It was the Smugglers that initiated the collection, which later would become the largest assembly of Russian art in the world. Today the painting is located in the gallery's room 16.

2. The gallery was founded by two brothers, not one 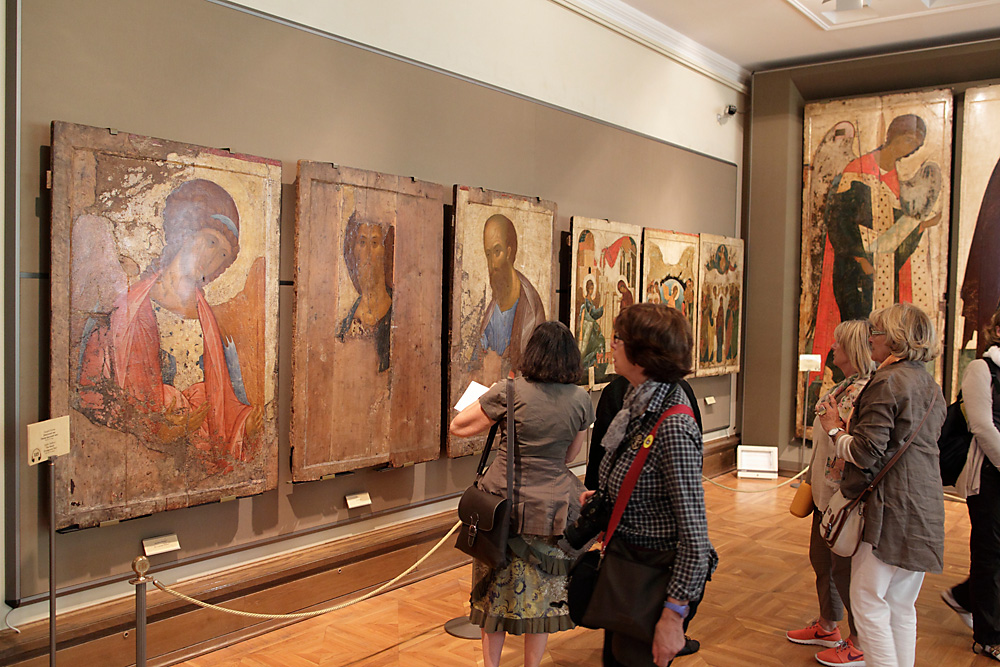 It was bought on recommendation from Pavel Mikhailovich. Later, if his older brother was for some reason unable to buy a painting, it was purchased by Sergei.

3. The Tretyakov Gallery was a collection not only of Russian but also of foreign paintings 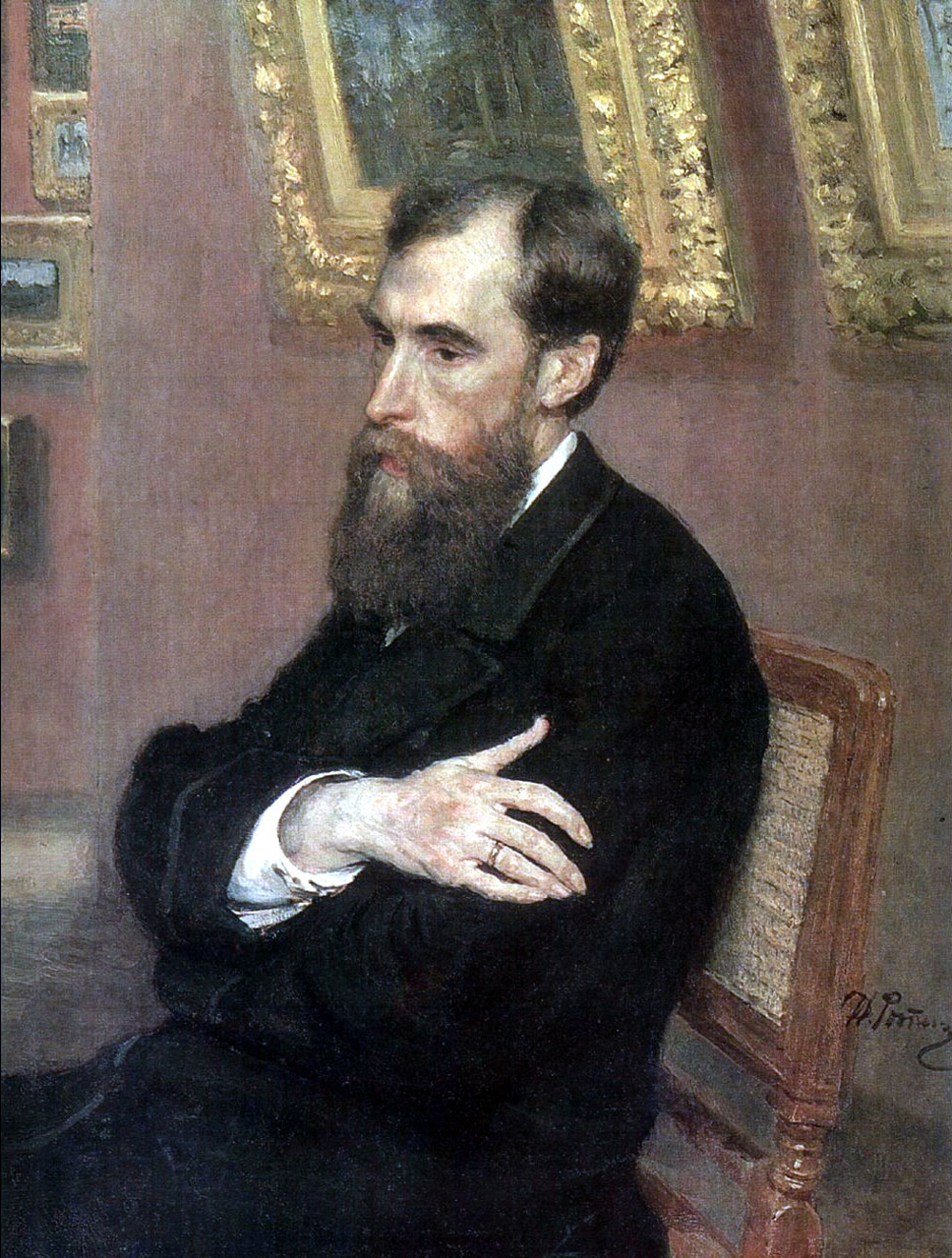 He bequeathed his collection to his brother. The paintings were brought to the mansion on Lavrushinsky Lane and in 1892 Pavel gifted the united collection to the city along with the house.

In 1925, during the Soviet regime, the foreign paintings in the Tretyakov Gallery were divided among the State Pushkin Museum and the State Hermitage Museum. That is how, for example, the Pushkin Museum obtained Jules Bastien-Lepage's masterpiece Love in the Village.

4. The gallery was bequeathed to the Russian people

Tretyakov was 28 years old when he drafted the first bequest on the creation of the gallery. Later, entrusting the collection to the city, he presented certain conditions: The gallery must be open "permanently" and be free of charge, and it must operate at least four days a week, excluding Easter, Christmas and New Year's Day.

5. The tsar who didn’t accept a historical painting

The first Tretyakov painting to show a historical theme was Konstantin Flavitsky's Princess Tarakanova in Prison. 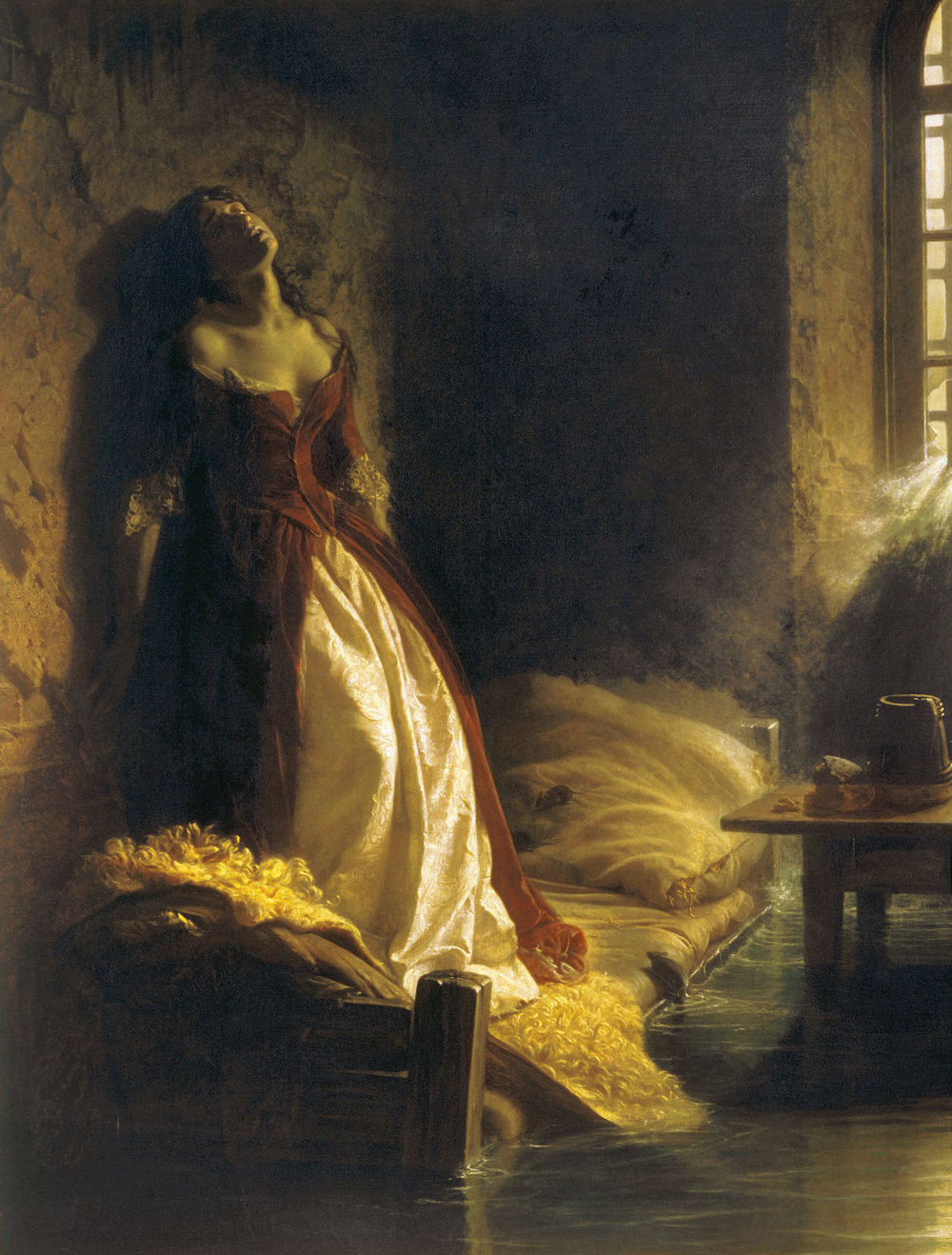 Its protagonist was the daughter of Empress Elizabeth Romanov and Count Alexei Razumovsky. By order of Catherine the Great, Tarakanova was brought to Russia from Italy and imprisoned in the Peter and Paul Fortress in St. Petersburg, where she died. Tsar Alexander II did not like the painting. In the catalogue of the Art Academy's exhibition he wrote that the painting does not correspond to reality.

6. There were practically no women at the inauguration of the gallery

On opening day in August 1893 the Pavel and Sergei Tretyakov Moscow City Gallery was visited by almost 700 people.

The newspapers reported that the visitors were artists from various generations, students, artisans, shopkeepers, clerks and peasants. However, there were practically no women among them.

Some canvases were forbidden to be exhibited with the collection. The first to be censored was Ilya Repin's famous Ivan the Terrible and His Son on November 16, 1581 (known as "Ivan the Terrible Kills His Son"). 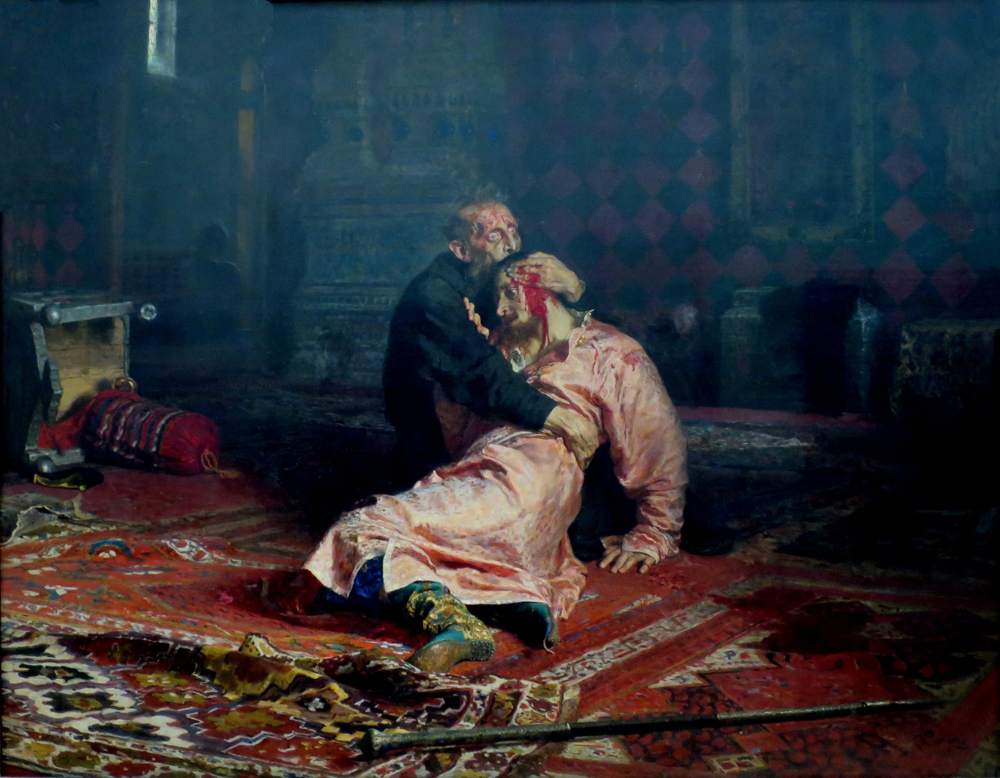 Ilya Repin. Ivan the Terrible and His Son. Source: Wikipedia.org

Tsar Alexander III categorically disliked the painting and on April 1, 1885 it was prohibited to be shown to visitors. Tretyakov had even built an annex to present it as a special work. The ban was lifted only three months later.

8. The artists valued the collector more than the tsar

Tretyakov's authority among artists was so high that he was secretly given the privilege of buying paintings first. The phrase "I ask you to consider the painting mine" was a sign of quality. 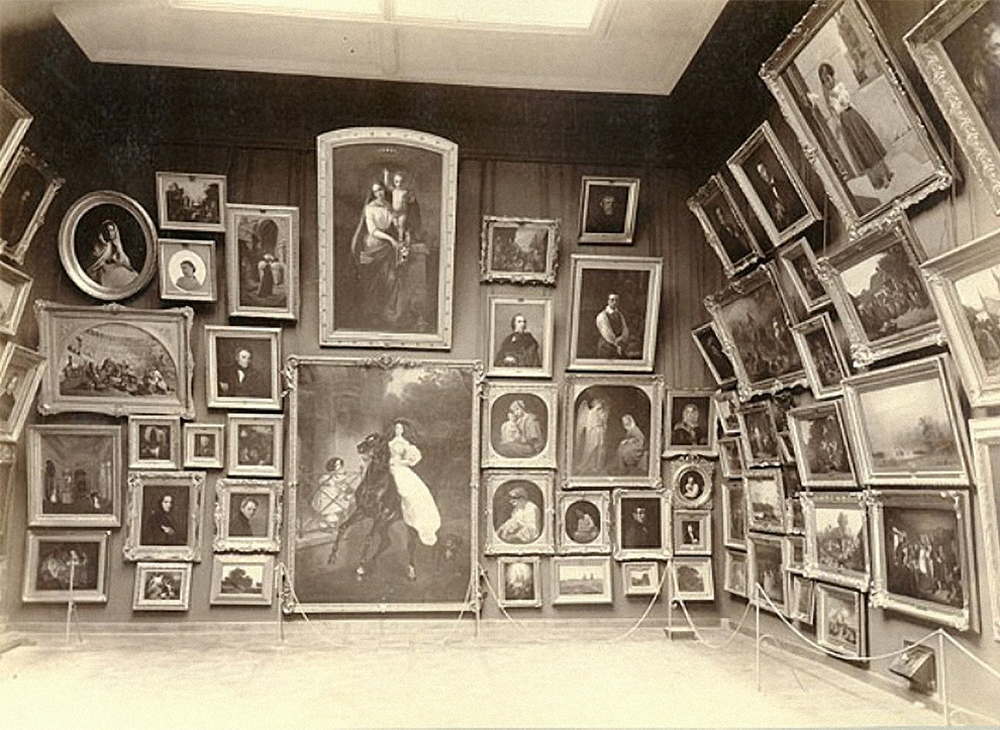 The collector's taste and ability to detect a masterpiece were undeniable. If Tretyakov showed interest in a painting, even members of the royal family sometimes could not purchase it.

9. A separate building was built for an AlexanderIvanov painting

Tsar Alexander II bought The Appearance of Christ Before the People for 15,000 rubles (almost $245,500 today) only a few hours after the death of painter Alexander Ivanov. Pavel Tretyakov was left only with its sketches. However, in 1925, in the Soviet period, it was decided to transfer the painting to the Tretyakov Gallery. A special hall was built in the gallery that could fit the 5.4 x 7.5-meter canvas. It has been there since 1932.

10. A bust of the gallery's founder replaced a sculpture of Stalin

Until 1938 a monument of Lenin had stood in front of the Tretyakov Gallery. In 1939 it was replaced with a statue of Stalin.