Meet the Romanov prince that paints 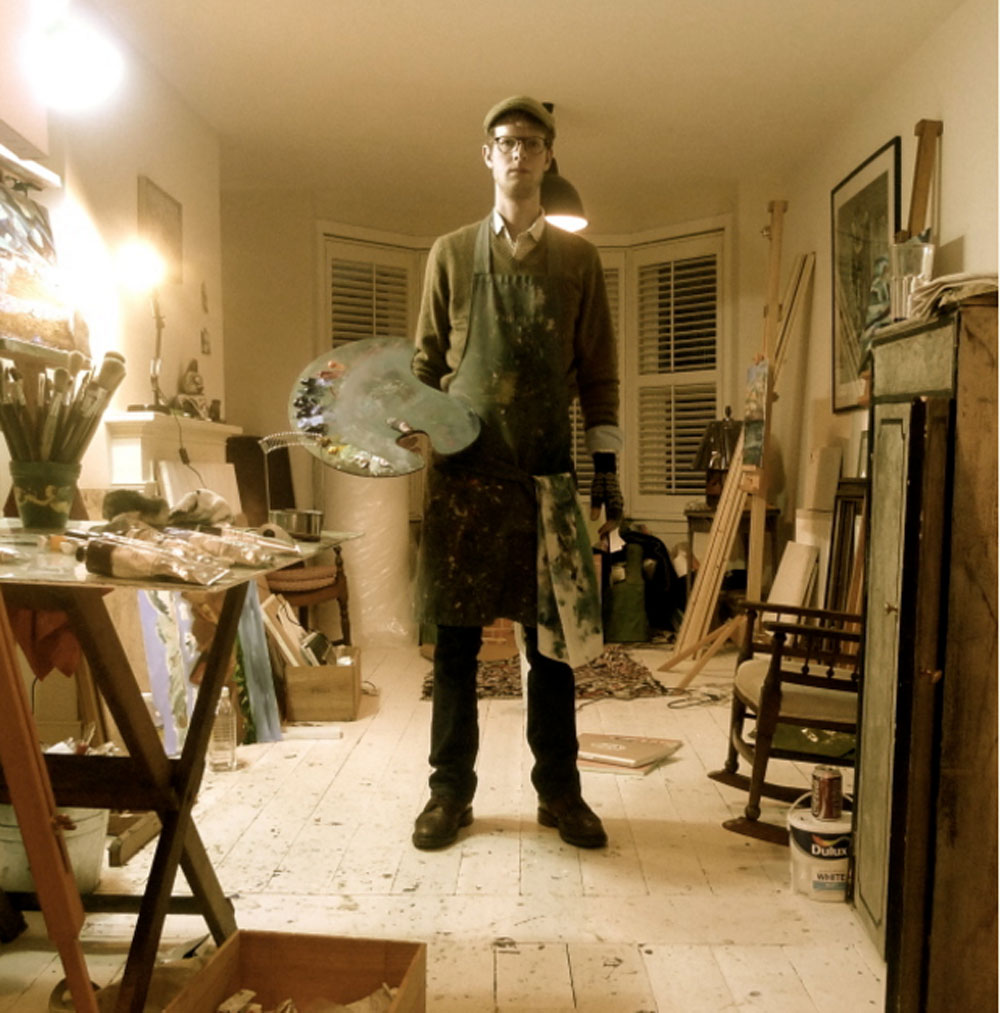 www.rostislavromanov.com
Rostislav Romanov talks to RBTH about his family history, his love of Russia and the power of art.

Prince Rostislav is a descendant of the imperial Romanov dynasty, who ruled Russia for more than three centuries. A great, great nephew of Russia’s last tsar, Nicholas II, Rostislav Romanov was born in Illinois in 1985 and spent his childhood in England, but he has always been surrounded by “stories of Russia.” Now he’s preparing to exhibit his landscape paintings in London and beyond.

Both Russian and British

“I feel both Russian and British, the best of both countries,” Rostislav told RBTH. He explained that when his family fled the Russian Revolution, they decided that, “instead of living in a Russian community they should integrate into…their new home.”

This has become the prince’s own guiding principle.

“Everywhere I travel…I keep my eyes and ears open to new and different cultures,” he says. “I am always eager to discover new ways of thinking and living.”

Rostislav describes the 18th-century Sussex house he grew up in as having a typically English exterior, but also a “Russian feel,” a description that “can also apply to me,” he adds. The house had artefacts, paintings and photos of the Romanov family on the walls. His parents brought the prince and his siblings up in the Russian Orthodox tradition and they collected little Russian icons and cups from Romanov coronations.

The Romanovs in the eyes of their closest attendants
“Being a Romanov…led me to discover Russian artists and culture,” he says.

When he was 13, the young prince went with his family to the 1998 re-interment and state funeral of Nicholas II in St. Petersburg where he fell in love with his “motherland.” He remembers that his father was eager to go back to Russia, but he was nervous at first, having learned about the dangers of communism in school. All this changed when he landed at St. Petersburg’s Pulkovo Airport.

“I just felt like I was home,” he says. “I wanted to see what Russians saw and walk where Russians walk.”

Soon afterwards, Rostislav’s father died during Russian Orthodox Christmas celebrations in January 1999. Devastated by his father’s death, Rostislav discovered the therapeutic power of art. When he was 14 and struggling with with the loss of his father, his art teacher suggested that he paint his feelings.

“I still remember my first painting,” he says. “It was not very good.”

But his art teacher introduced Rostislav to the work of Wassily Kandinsky and he says that he was immediately able to relate. Other Russian artists have also been influential, including Soviet painter Vasily Golubev.

“He [Golubev] was not afraid to experiment with color and marks,” he says.

The East Sussex landscapes that form the basis of Rostislav’s new exhibition has a special significance for the artist.

“The coast of Rye is where my family spread my father’s ashes,” he explains. “So, it is a place that holds a deep, important meaning for me.”

The designer and ceramicist John Hinchcliffe, who died in 2011, was an important mentor.

“He taught me so many things,” Rotislav says. “He introduced me to plein air painting…and [said] I should go to art school. He also taught me…to explore, learn and try new things as much as possible.”

In 2009, Rostislav decided move to Russia. He is now a member of Russia’s Romanov Family Association and sits on the board of directors for Raketa Watches as a creative adviser. Once known as Petrodvorets, the St. Petersburg watchmaking company runs the oldest factory in Russia. Rostislav’s ancestor, Peter the Great, founded it in 1721.

Rostislav’s first solo exhibition in 2011, in Moscow’s trendy post-industrial Fabrica gallery, was a series of works called “Cupola,” featuring domed churches. When the current landscape exhibition is over, he has more projects planned. He is working with another artist, Daria Fursey, on illustrations for a book of Russian fairy tales, featuring Prince Ivan, the Fire Bird and the Grey Wolf. The Russian Heritage Committee has also commissioned him to design a tombstone for the last imperial Minister of Agriculture, Alexander Rittikh.

Prince Rostislav is the first imperial Romanov to move back to Russia and currently divides his time between Russia and the UK.

“I take the good parts from the different countries and they get mixed up in me,” he says.

Hastings and Beyond will be held as a pop-up in a private residence in St. James's London, from June 6. For more information and art works visit www.rostislavromanov.com

Russian Art Week in London: What to look out for