6 animations by the Soyuzmultfilm studio that enchanted the world 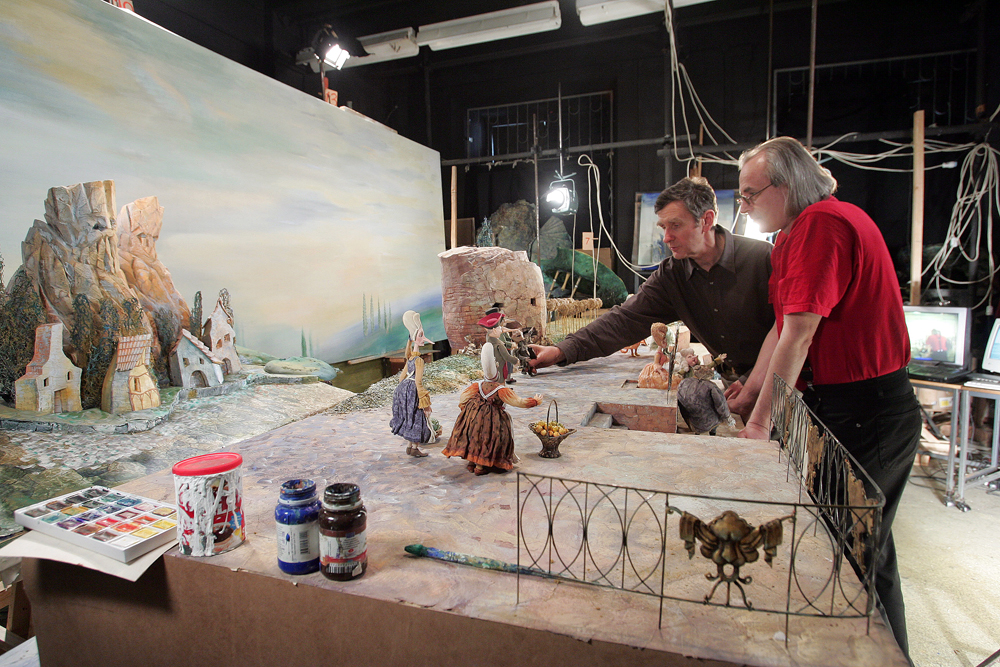 TASS
On June 10, the legendary Soviet animation film studio Soyuzmultfilm marks its 80th birthday. RBTH looks back at some of the studio’s creations that managed to get a rare foreign release in Soviet times and that captivated the audiences all over the world, leaving a mark in the history of animation.

This best-known film by Russia’s greatest animation star Yuriy Norshteyn won numerous awards at various festivals. At the Los Angeles Animation Olympics in 1984, it was voted the greatest animated film of all time.

Tale of Tales (1979) is a stream of memories and free associations that belong not to a specific character but, rather, to a whole nation. It contains references to 19th-century poetry, recollections of World War II and allusions to Biblical texts, as well as a lullaby known to every baby born in a Russian-speaking environment: “Baby, baby, rock-a-bye, on the edge you mustn't lie or the little grey wolf will come and will nip you on the tum.”

It is this sad and lonely little grey wolf who becomes the protagonist of the film as he sits in an abandoned house on a cold fall night, remembering his and the world’s past.

This is another world-famous film by Norshteyn that tells of the transcendental experience of a hedgehog who goes to visit his friend, a bear, for a cup of tea. Along the way, the hedgehog gets lost in the fog, meets a white horse, falls into a river, meets a fish … and becomes so entranced by the surrounding world that in the end, when he finally gets to the bear’s place, he is hardly capable of a friendly chat.

Hedgehog in the Fog (1975) has received numerous awards, occupied top places on various international lists of best works in art-house animation, been parodied in the Family Guy series (in the episode “Spies Reminiscent of Us”) and displayed at the Studio Ghibli museum (as a sign of Hayao Miyazaki’s particular respect for his Russian colleague). The government of Japan even awarded Yuriy Norshteyn with an Order of the Rising Sun.

Lev Atamanov’s feature-length animation adaptation of the fairy tale by Hans Christian Andersen became one of the few Soviet animated films to get an international release (1957).

It was screened in cinemas in the U.S., Canada and Japan, where it was seen by the great animator Hayao Miyazaki, who said the film had a lasting impression on him and influenced his future work.

Adventures ofMowgli (1973), the Soviet adaptation of Rudyard Kipling’s The Jungle Book, was originally conceived as a miniseries. However, director Roman Davydov later put the episodes together into a feature-length animated film.

Like The Snow Queen, Adventures ofMowgli was released in the U.S., although to lesser acclaim. This was possibly because the American distributors made some considerable changes to the film: They removed some suspenseful scenes and cut out the outstanding music by avant-garde composer Sofia Gubaidulina, replacing it with a narrator’s voice and merry songs.

The Cheburashka series (1969-1983) tells the story of a charming and naïve creature with very big ears, who becomes friends with a kindly crocodile and tries to outwit a scheming and wicked old hag called Shapoklyak.

This fictitious creature unknown to science (the creation of writer Eduard Uspensky and director Roman Kachanov) became the most successful Soviet animated character ever. In Japan Cheburashka continues to enjoy phenomenal popularity, and in the 2000s, it inspired the creation of a Japanese 2D movie and in 2013, of a full-length stop-motion animated film.

In Russia, Cheburashka has been used a symbol of many causes, from Olympic movement to charity to opposition protests.

This postmodernist version of the famous fairy tale was made in 1990, as the Soviet era was drawing to a close, and it symbolized the end of an era, presenting the viewer (both inside and outside the country) with a striking example of a nation’s self-reflection executed in superb clay animation.

The audience responded with enthusiasm, and Garri Bardin’s creation received the grand-prix at the leading international animated film festival in Annecy. Grey Wolf propelled Bardin to the top of the list of Soviet directors most recognized abroad.

His feature-length animated film The Ugly Duckling (2010) received a spectacular open-air premiere at the Locarno International Film Festival, while his latest work, the short animation Listening to Beethoven, competed at this year’s Cannes Film Festival.