7 highlights of the Moscow Transportation museum 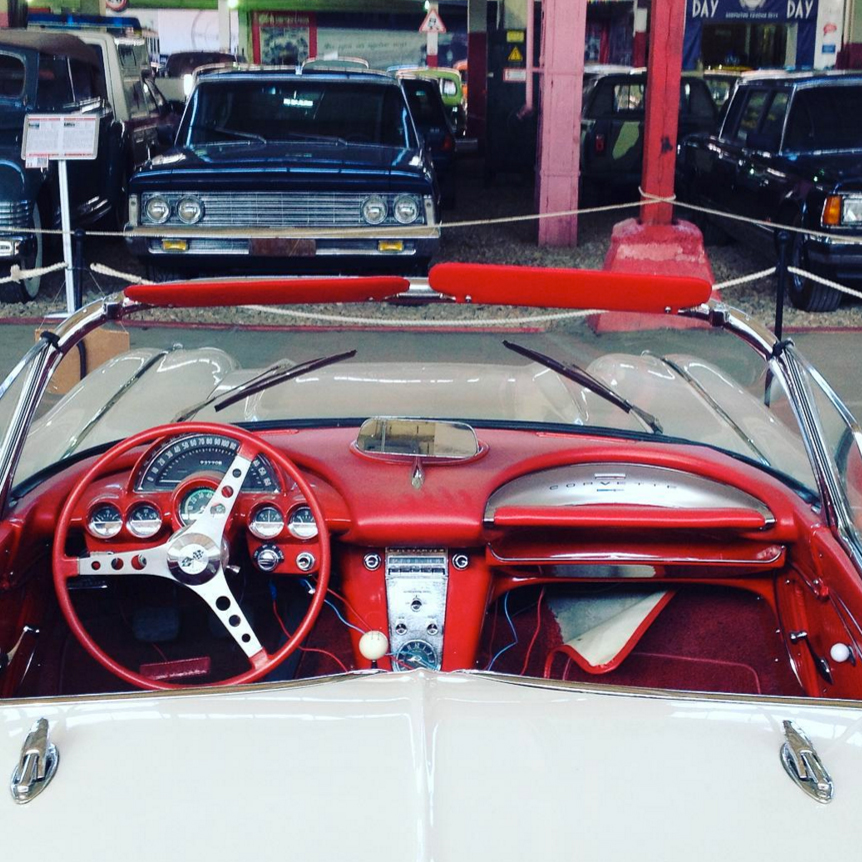 Instagram
Featuring over 300 vehicles, including cars, buses and trucks, the Moscow Transportation museum is planning to expand its collection by adding Soviet era bus stops, street clocks and other public transportation paraphernalia. RBTH presents a pick of the most interesting wheeled exhibits you can currently see on display.

The tiny Isetta has had a lot of nicknames over the years: “The Rolling Egg,” “The Yogurt Jar,” and even “The Bubble,” referring to its unique panoramic windows. This two-seater car has a single front door, the steering wheel swinging out with the door. Designed in Italy, the microcar, despite its tiny size, could not keep up with the more nimble mopeds in sales.

In mid-1950s, the car was licensed to Germany's BMW: The latter found out the Isetta performed wonderfully both within city limits and in rural areas. The Isetta 300 had a 13 hp engine with a top speed of around 55 miles per hour. By the early 1960s, some 160,000 Isetta 300s had been produced.

An off-road vehicle, the Bora was supposed to become an import-oriented car, destined mainly for Middle Eastern and African countries. However, the model never entered serial production – only two cars have been produced to date.

Designed in 1995 and based heavily on the trusty Lada Niva, the Bora was tested in the United Arab Emirates and displayed exceptional performance in the hot, dry desert climate.

VAZ planned to produce at least 5,000 Boras a year, but these plans were never implemented in the end. One car stayed in Russia, while the other one is still in the UAE.

The legendary French automobile manufacturer De Dion-Bouton et Trepardoux was founded in 1882; the company's name is made up of the names of its founders, Count Albert de Dion, engineer Georges Bouton and designer Charles-Armand Trepardoux. In 1890, the company patented a single-cylinder gasoline engine, and in five years, it switched from producing steam engines to designing and manufacturing exclusively internal combustion-powered cars.

By the early 20th century, De Dion-Bouton et Trepardoux had become the largest automobile manufacturer in the world. Each new model of their lineup used to get a letter designation in alphabetical order; by 1905, they got to “Z.” This car was considered extremely fast for its time: With an 8 hp engine, it could reach a top speed of just over 9 mph.

The pride of the Soviet auto industry, showcasing the best of what it had at the time: automatic transmission, vacuum servo, and, of course, the iconic design featuring a small metallic seagull (which chaika is Russian for) on the radiator. The luxury automobile was used by Soviet ministers and Party bosses, as well as diplomats stationed abroad.

Designed in the then state-of-the-art 1950s style, the car was not available for sale. However, it is known that Yuri Gagarin, the first man in space, and writer Mikhail Sholokhov both owned a Chaika, given to them by the Soviet premier Nikita Khrushchev. A total of 3,000 Chaikas were produced.

This top-of-line, luxury model of the Packard Motor Car Company was a favorite among both Western presidents and Soviet premiers. It was one of the most powerful automobiles of its time, reaching a top speed of 87 mph. Boasting wood and leather, the Packard 180 had unique features like climate control and power windows.

The Soviet dictator Joseph Stalin was a big fan of Packard's vehicles. Once Soviet manufacturers began developing the ZIS-110 luxury limousine after World War II, the Kremlin demanded they use the Packard 180 as an example to emulate.

One of the first batches of this line was produced to coincide with the World Festival of Youth and Students that took place in Moscow in 1957. During the 1960s and the 1970s, this bus was one of the most widely used public transportation vehicles in the USSR – at least one ZIL 158 could be seen in all Soviet towns. The model survived until the late 1970s in the capital, and until the early 1980s outside it.

Russia's first supercar, the Marussia B1 was in production from 2008 to 2014. It was the brainchild of Nikolai Fomenko, a well-known Russian musician, TV personality and racer. The design concept was developed by Russian designers, and the majority of components were also produced in Russia. The car reaches 100 km/h (62 mph) in 3.8 seconds, and its top speed is 240 km/h (150 mph). Thirty Marussias were produced in total.

Instaweek: 12 reasons why Russians are still in love with the classic Lada>>>