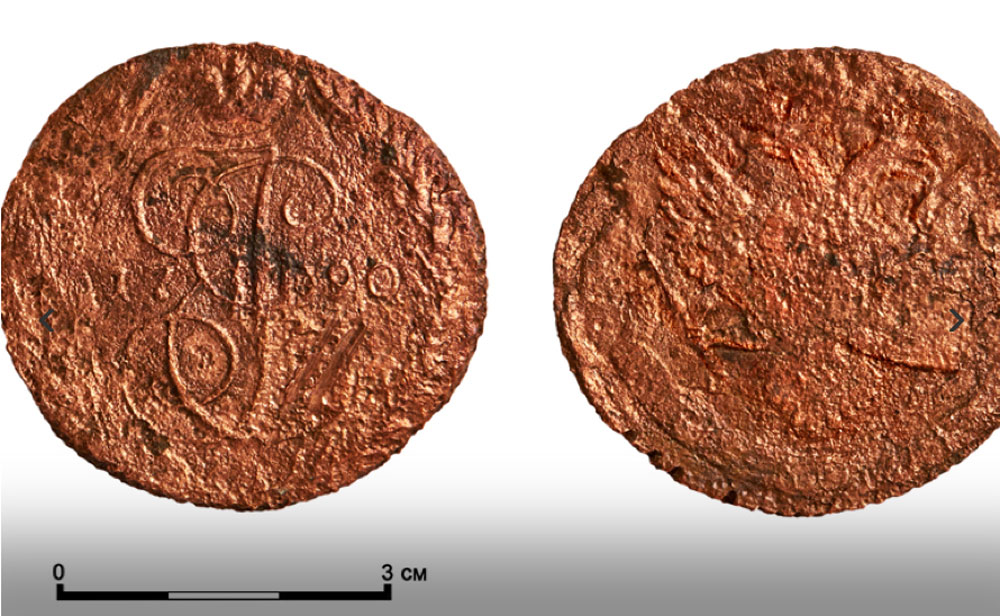 www.mos.ru
Money would have been enough to arrange a luxury dinner in the 1700s.

While completing renovations as part of the My Street urban improvement program, a treasure was discovered in the center of Moscow. An announcement was made on the official website of the Moscow city government quoting the city's main architect Leonid Kondrashyov.

The treasure was found on Voznesensky Pereulok and consists of 91 copper coins. Archaeologists believe that the money was probably kept in a purse, which likely rotted over the course of the past three centuries.

Konsrashyov noted that this money would have been enough to arrange a luxury dinner for several persons at the time the coins were issued. It’s probably not an accident that the money was found near Tverskaya Ulitsa, as this area was a center of Moscow trade in the 18th century.

These coins and other artifacts found by archaeologists will be exhibited in the Museum of Moscow.