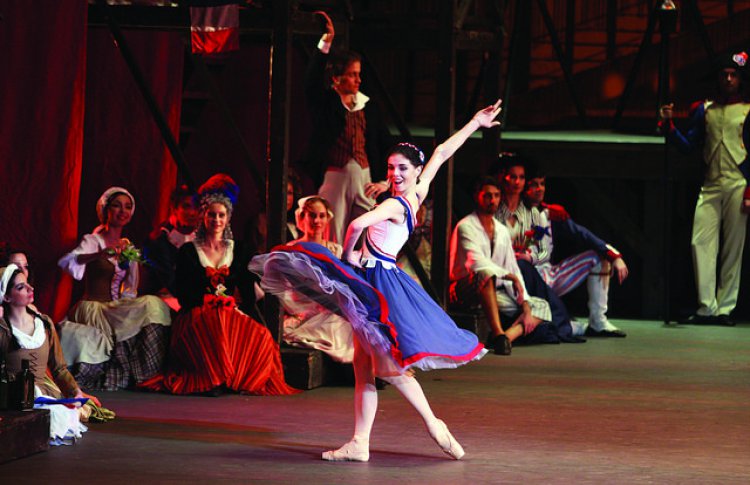 Natalia Osipova in "The Flames of Paris."

The Bolshoi Ballet will perform in Covent Garden in London in July and August.

London audiences will have a chance to see some of the Bolshoi's greatest productions: “Don Quixote,” “Swan Lake,” “The Taming of the Shrew,” “The Flames of Paris” and “Le Corsaire,” from July 25-August 13, 2016.

Please note that as of press time all performances to Don Quixote are sold out. Tickets to other performances are still available. Click on the titles for booking and further information.

The Bolshoi season opens with the London premiere of Alexei Fadeyechev’s dazzling new restaging of Marius Petipa’s magnificent “Don Quixote.” Breathtaking displays of virtuoso dancing and enchanting choreography perfectly convey the excitement, color and wit of Cervantes’ masterpiece. This is a merry, high-spirited account of the love between Kitri and Basil who must overcome all of Kitri's father's attempts to engineer his unwilling daughter into a more lucrative match.

The Bolshoi’s spellbinding adaptation by Yuri Grigorovich of “Swan Lake,” based on Petipa and Lev Ivanov’s classic choreography, is a masterpiece of lyricism, drama and magic. Set to Tchaikovsky’s ravishing score, this timeless favorite embodies all the elements that have made “Swan Lake” the world’s best loved ballet, as the forces of evil attempt to thwart the love of the swan-princess, Odette, for Prince Siegfried.

The Taming of the Shrew

Acclaimed choreographer Jean-Christophe Maillot’s fast-paced, athletic production is a perfect vehicle for the superb strengths of the Bolshoi. Set to the witty and lighthearted Dmitri Shostakovich score, Shakespeare’s brilliantly entertaining depiction of the clash between two feisty individuals is perfectly conveyed in this vibrant production, as the independent and tempestuous Katherina is “tamed” by the boorish Petruchio.

Renowned choreographer Alexei Ratmansky’s captivating revival of Vasily Vainonen’s “The Flames of Paris” returns to London. Set to Boris Asafiev’s powerfully evocative music, the ballet contains one of the most stunning pas de deux in the ballet repertoire. This drama of intrigue, love and tragedy unfolds against the backdrop of the tumultuous era of the French Revolution.

The Bolshoi’s stunning staging of “Le Corsaire” is a reworking by Alexei Ratmansky of Petipa’s legendary exotic grand classic and has become one of the its most acclaimed productions. Conspiracy, love, deception, kidnapping, a harem and a magnificent and dramatic shipwreck combine to give spectacular expression to the remarkable passion, virtuosity and strength of the entire company.