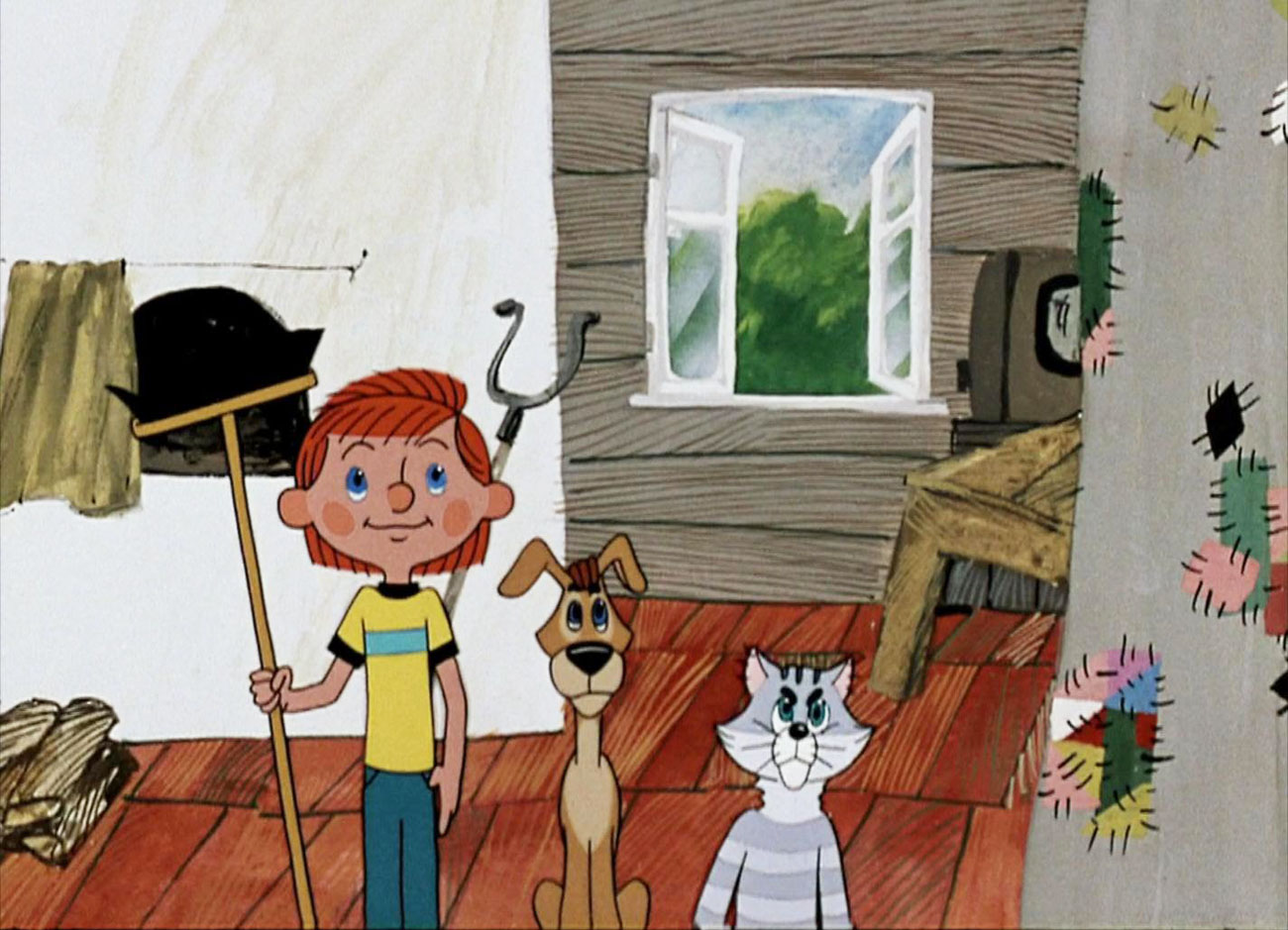 kinopoisk.ru
Children and adults alike can access a wide variety of animated Russian folk tales which are available in English. The Slavic ‘Lord Voldemort’, for example, or the magical Firebird and the girl who must search for spring flowers in January: We introduce you to some of the greatest Russian tales of all time.

The tradition of telling stories is as old as human civilization. Russian literature has always been very rich in fairytales: from cautionary folktales and fables to engrossing modern stories. Many of them have been adapted for the screen and translated into English.

The saga of the Russian fairytale originated by word of mouth, from telling stories; when tales had not yet been committed to paper and were instead transmitted orally. Numerous such tales have fortunately survived.

Among them is ‘Petushok’ the Golden Cock’s Comb . Almost every Russian child knows this story about three kind and honest friends; the Cat, the Thrush and the Cock; and their adversary, the cunning Fox. This is a traditional tale about the victory of a clear mind over craftiness. The tale was filmed in 1955 by Soyuzmultfilm (Union Cartoon), the Soviet Union’s and later Russia’s top animation studio.

‘The Princess Frog’  is another piece of great folklore that still has resonance today. ‘Vasilisa the Wise’, the protagonist, is a well-known character in Russian folktales, as is the antagonist ‘Koschei the Deathless’, who is like a Slavic version of Lord Voldemort (though much older). In The Princess Frog Vasilisa is deceived by Koschei and turned into a frog and, as in lots of Russian folktales, only true love can rescue the beauty from the beast.

The great classics of Russian literature not only gave the world profound novels, but also incomparable fairytales. Alexander Pushkin is considered to be one of Russia’s best children’s writers. His ‘The Tale of Tsar Saltan’  and ‘The Tale of the Dead Princess and the Seven Knights’ are considered masterpieces of the genre. All of Pushkin’s stories combine a breathtaking plot with beautiful poetical language.

Pushkin’s ‘The Tale of Fisherman and the Fish’ (https://youtu.be/KG0RiHT74yk) is an instructive and moral story that might be of interest for children, as well as adults. It won The Best Cartoon award at the VI Karlovy Vary International Film Festival in 1951.

Another notable tale work is that of ‘The Little Humpbacked Horse’  by Pyotr Yershov. This cartoon is one of the most impressive and colourful in the Soyuzmultfilm repertoire. Something akin to a national tale, it is quite distinctive in terms of its folk humour and authenticity. It was inspired by the story of the ‘Firebird’, a major figure in Slavic folklore. The Firebird is a magical glowing bird that can be either a blessing or a curse to its possessor.

There are two recognized pillars in 20th century Russian children’s literature. One is Samuil Marshak with his story, ‘The Twelve Months’ . It is an incredible tale about one girl who is forced to find the spring flower ‘snowdrop’ in the month of January. The tale is directed at children and also adults, with its ridicule of the absolutist system of governance.

Another master of 20th century fairytales is Eduard Uspensky. His first book for children, ‘Uncle Fedya, His Dog and His Cat’ was published in 1973 and was filmed as a three-part-cartoon five years later . It tells the story of the precocious city boy ‘Uncle Fedya,’ who runs away from home to live in the village of Prostokvashino. He is joined by a humorous talking cat and a trusting and very faithful dog. This cartoon instantly became a classic of Soviet and Russian animation.