Sergei Shchukin, the man who helped shape the fate of Matisse and Picasso 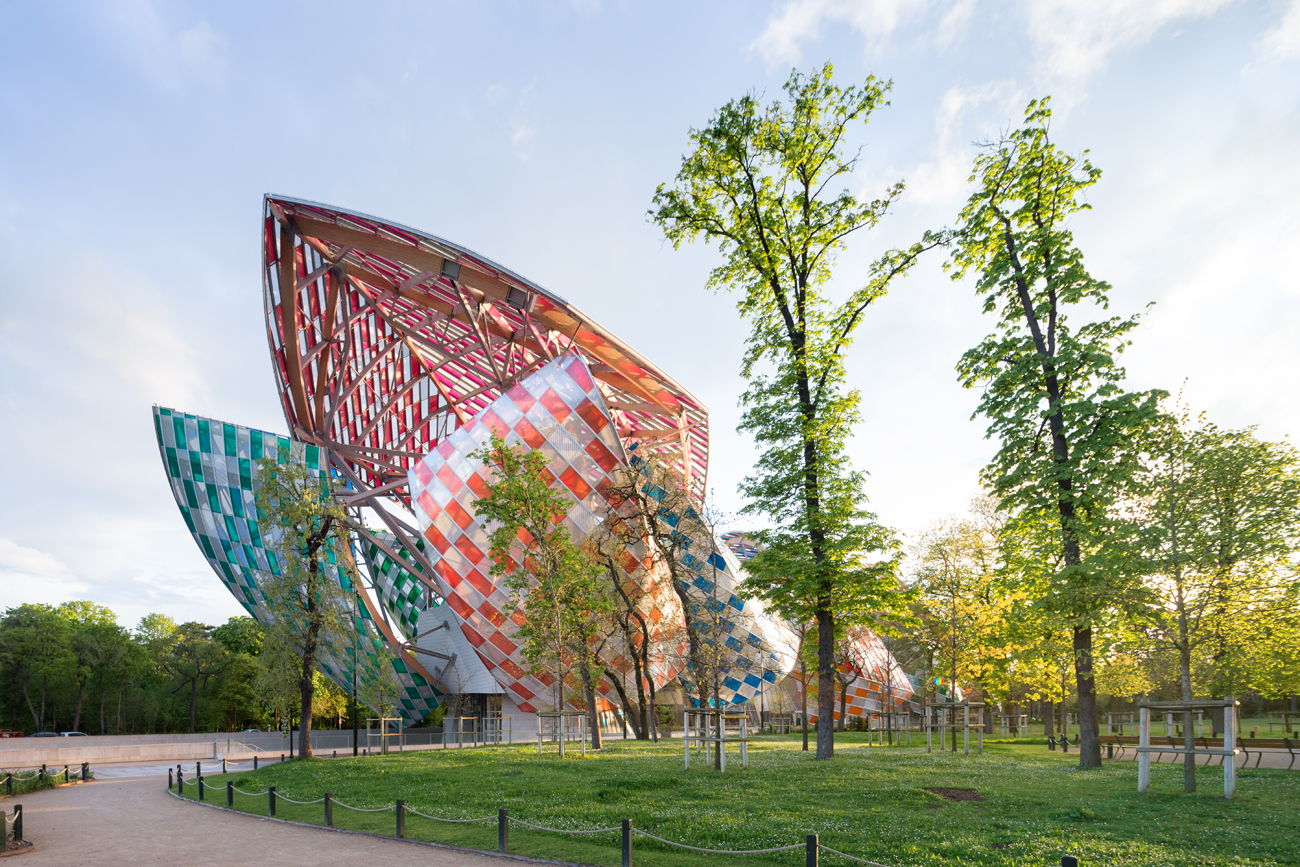 A part of Shchukin's collection will finally reunite as the "Icons of New Art" exhibition, which will take place at the Fondation Louis Vuitton museum in Paris from Oct. 20, 2016 to Feb. 20, 2017.

Iwan Baan / Fondation Louis Vuitton
Marina Loshak, director of Moscow's Pushkin State Museum of Fine Arts, speaks about Russian collector Sergei Shchukin's legendary collection of Impressionist and Modernist painters, which for the first time will be presented as a united exhibition by the recently opened Fondation Louis Vuitton in Paris.

Wealthy Russian merchant and industrialist Sergei Shchukin began collecting Monet and Gauguin, Van Gogh and Cezanne, Matisse, Picasso and other great names in 19th- and 20th-century art in the 1890s. His contemporaries used to say that Shchukin, the son of a famous Moscow manufacturer and educated in the German town of Gera, had extraordinary taste and always relied on it.

Having befriended the French art dealers Ambroise Vollard and Paul Durand-Ruel, Shchukin became the most beloved of clients, ready to pay any price for a painting that "inspired the strongest feeling in your soul." He knew all the French collectors of that new art and sometimes bought entire collections from them for his future museum in Moscow. That is how he came into possession of part of Gertrude Stein and her brothers' collection, as well as a series of Gauguin paintings from one of the artist's admirers, Gustave Fayet.

After the October Revolution the Bolsheviks nationalized Shchukin's collection and later divided it among museums, giving most of it to the Hermitage and Pushkin museums and selling parts abroad. Today a part of Shchukin's collection will finally reunite as the "Icons of New Art" exhibition, which will take place at the Fondation Louis Vuitton museum in Paris from Oct. 20, 2016 to Feb. 20, 2017. The show, which is a major coup for the museum, which only opened its doors in late 2014, will be completed by works from the Tretyakov Gallery and other Russian museums containing collections by avant-garde artists, who, in Marina Loshak's view, were greatly influenced by Shchukin's collection. 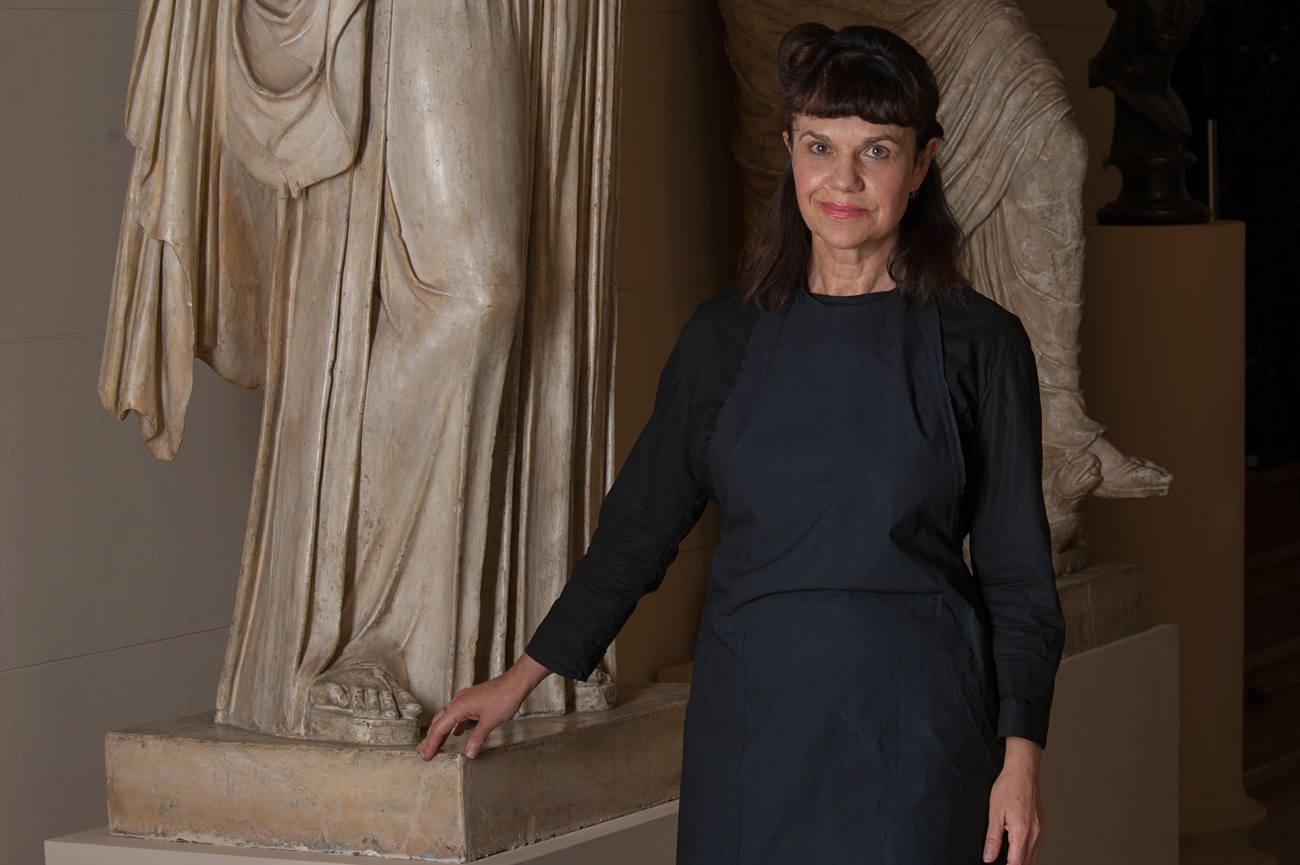 RBTH: Together with the Hermitage you are participating in the exhibition of Sergei Shchukin's famous collection in Paris. In terms of personal significance, can anyone among the international collectors be compared to Shchukin?

Marina Loshak: No, there is no one. I have studied the matter and have not found anyone in history similar to him. In my opinion, Shchukin was the leading, most important collector of modern art of the period and in the 20th century. In recent years there have been several exhibitions based on great collections from the past, such as the exhibition of the Stein collection at the Grand Palais in 2011, which brought together an enormous number of people. These are people who worked with artists in Shchukin's time, had a big influence on their creativity and collected their works. But all these collections cannot be compared to Shchukin's. And the person of Shchukin is also without equal, just like all the particularities of Moscow collecting, which was centered on this figure.

RBTH: What are these particularities?

M.L.: That which famous art scholar and critic Abraham Efros, who organized French modern art exhibitions in our museum in the 1920-1930s, used to write about. He would often mention precisely the specifics of Moscow collecting, which, unlike Petersburg collecting, is distinguished by more daring, aggressive and in a way autonomous elements. When a Moscow collector sets an objective for himself, he is capable of obtaining it through the most extraordinary methods, making very drastic, compelling and unexpected steps. Petersburg collectors are more balanced, more moderate and conservative in collecting.

That time was a period of great collectors. Along with Shchukin there were other important figures, mainly merchants, industrialists, people who in general were very gifted. Shchukin is one of them. He was an exceptionally talented businessman who was able to reach gigantic heights, turning manufacturing into an extremely profitable state enterprise. 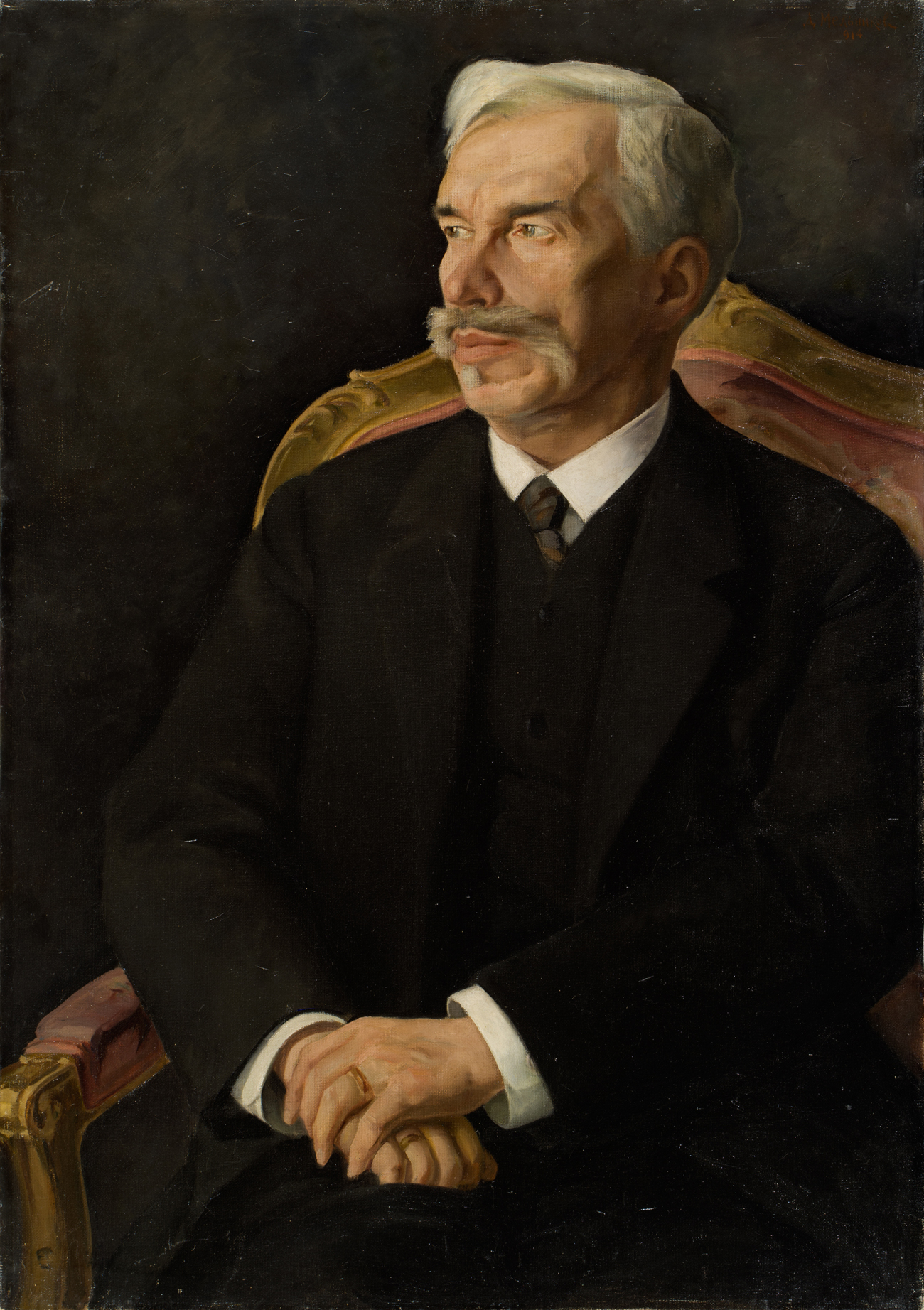 RBTH: And without having any basic education…

M.L.: Yes, but he was infinitely talented in many ways. What he was capable of doing as a collector was completely unique. Why unique? Because being a passionate man, he was able to realize this passion. And this is very important. He was a man who not only bought things he liked, but who grew together with his idea on art. He was a man who knew how to listen and how to learn from what he heard. He started with rather simple European objects, with traditional collecting, and ended up with discovering – not only for Russia but for the whole world – Henri Matisse and Pablo Picasso. We don't know what would have become of Matisse if at a certain moment of his life Shchukin had not stood beside him. And it is sad to say, but when Shchukin emigrated to Paris after the revolution, none of the artists gave him the due human and moral support, including Matisse…

RBTH: Meaning that Shchukin not only had good taste but also the gift of foresight?

M.L.: Exactly. He had impeccable, extraordinary taste. But also he had nurtured a strong personality, a collector in himself. Because the first portrait he bought from Picasso, which he did not dare hang in the rooms with the rest of his collection, hung in the corridor. And he would walk by it, getting used to it. He wrote in great detail on how his organism worked, how first he would look at the painting with the corner of his eye, then he'd study it; then how he'd feel its influence, its vital quality, realizing how it was impossible to live without it; how the portrait would then "penetrate" the rooms.

And this is how it was with each new "pungent" work. Because who else at that time if not Shchukin could permit himself Picasso's Cubism? No one! The same thing with Matisse, with his famous Dance and Muse from the Hermitage. We know how difficult it was for him to accept that new art, how first he would refuse the new canvases and then write to the artist and ask him to forgive his weakness.

Another important thing about Shchukin's personality is his understanding that his entire collection had to belong to society. He was the one who established the first open public museum, in 1909. And we can see the fruits it produced by looking at the history of Russian avant-garde. I don't know what would have become of our avant-garde artists if they had not seen Shchukin's collection, his wonderful Monets, Gauguins, Cezannes and others. And obviously we will make note of this at the exhibition we are preparing in Paris. 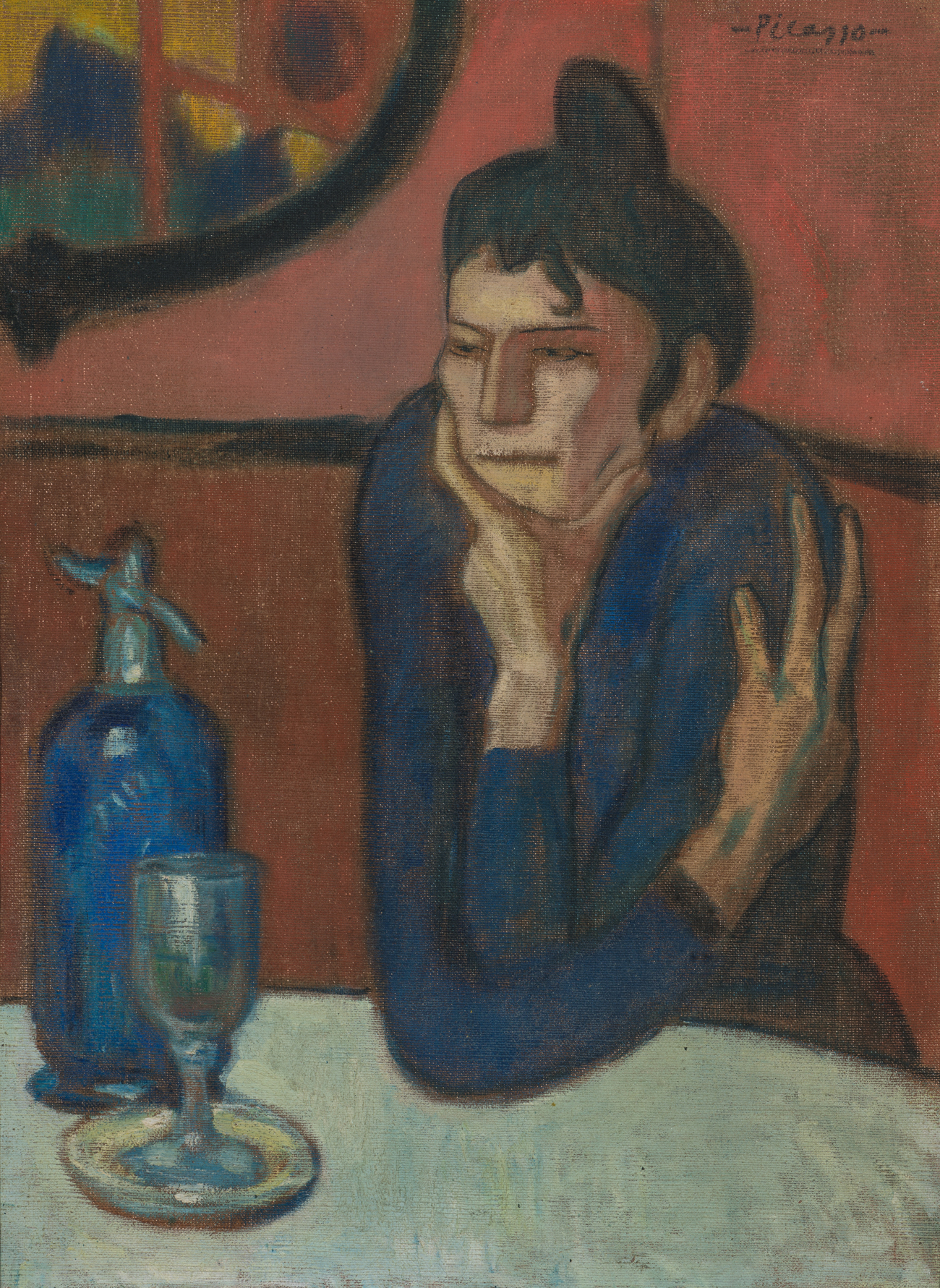 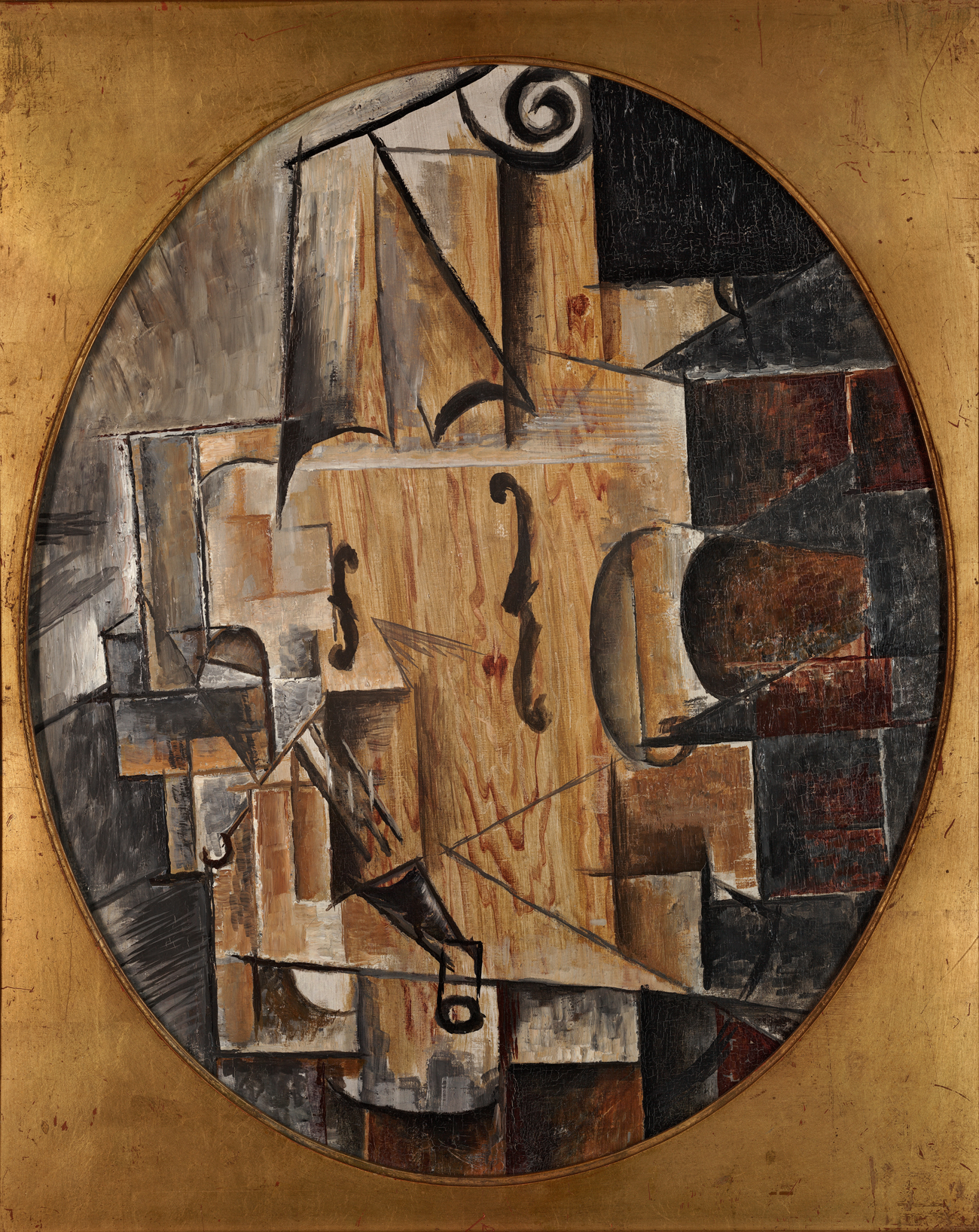 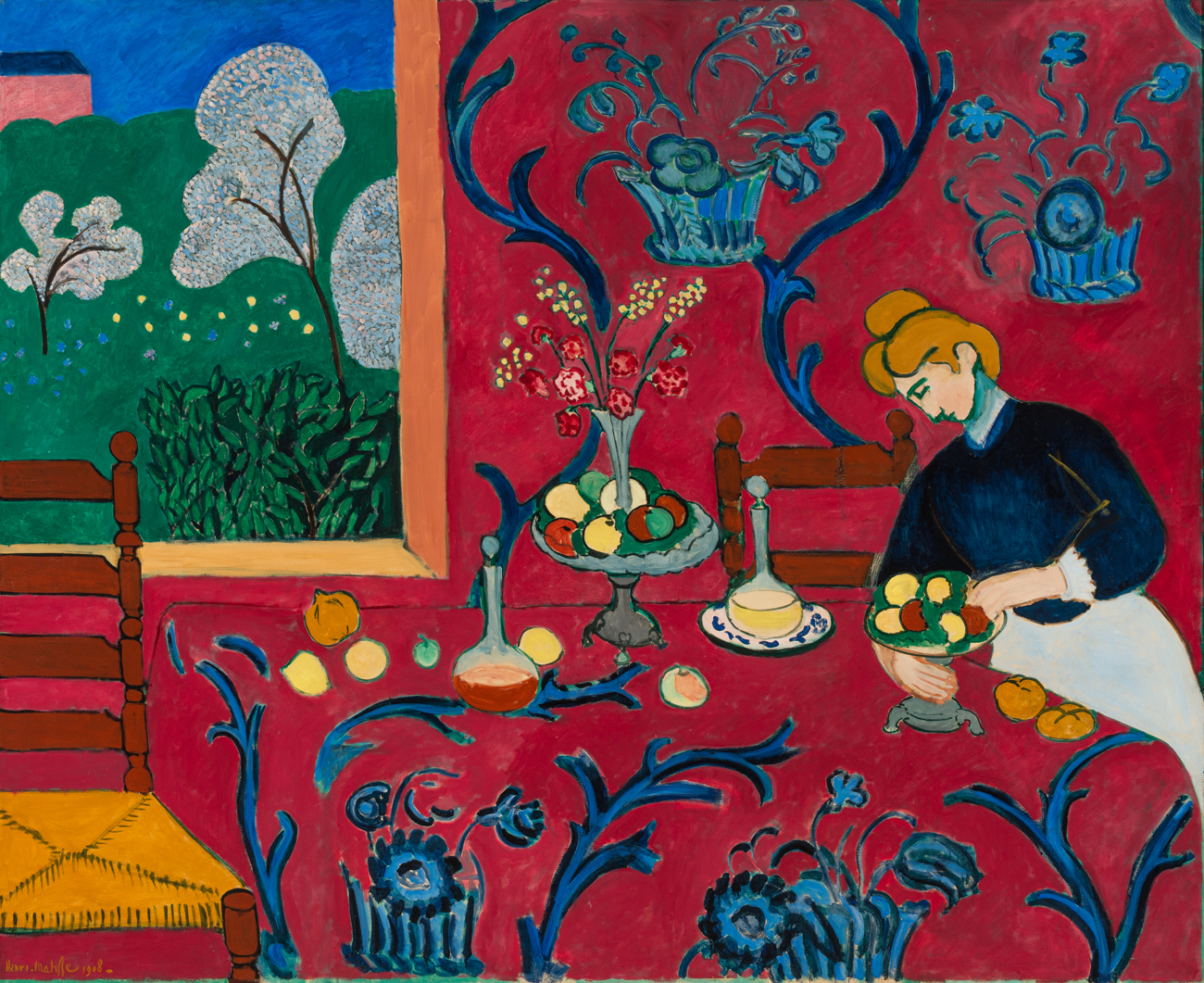 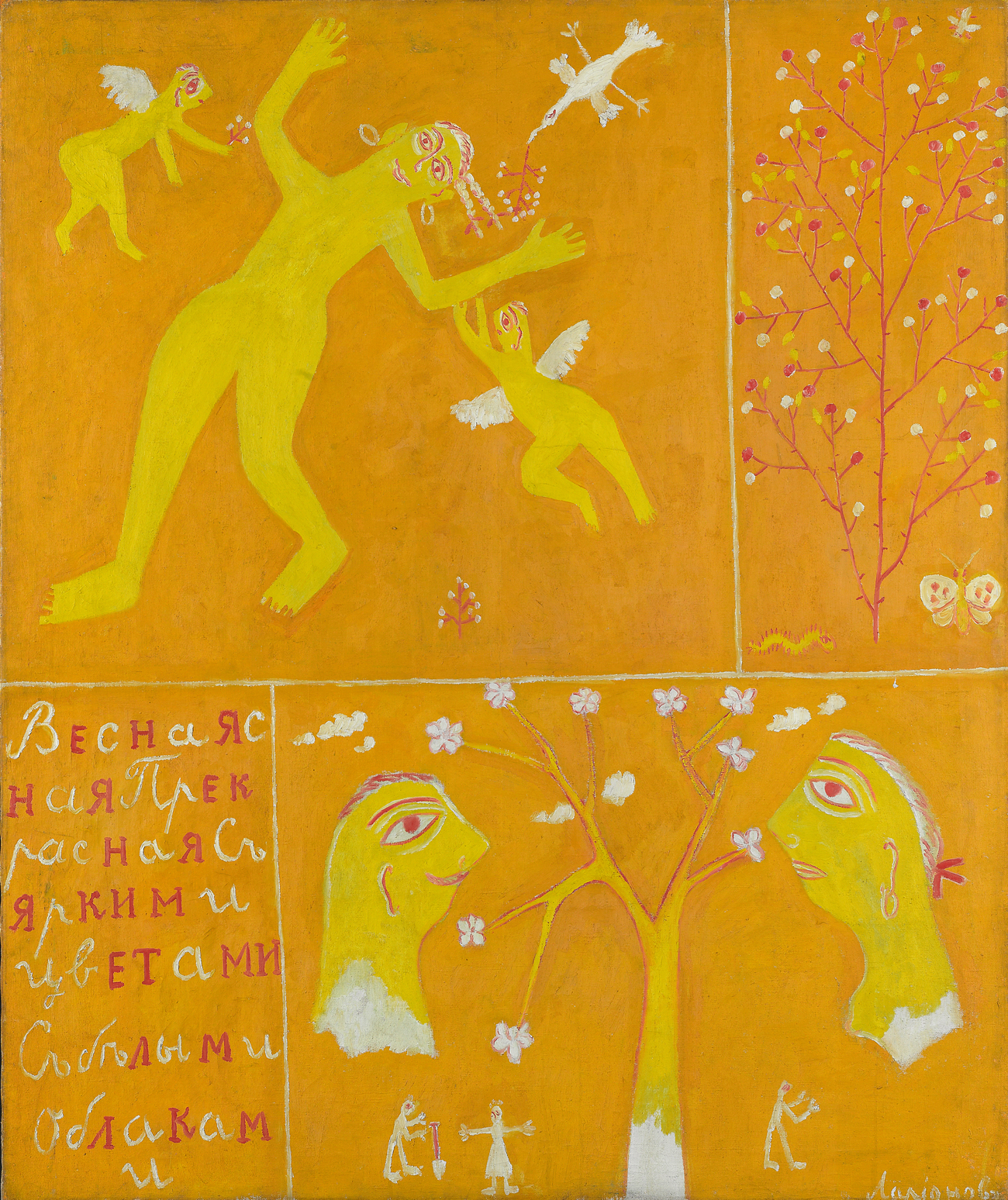 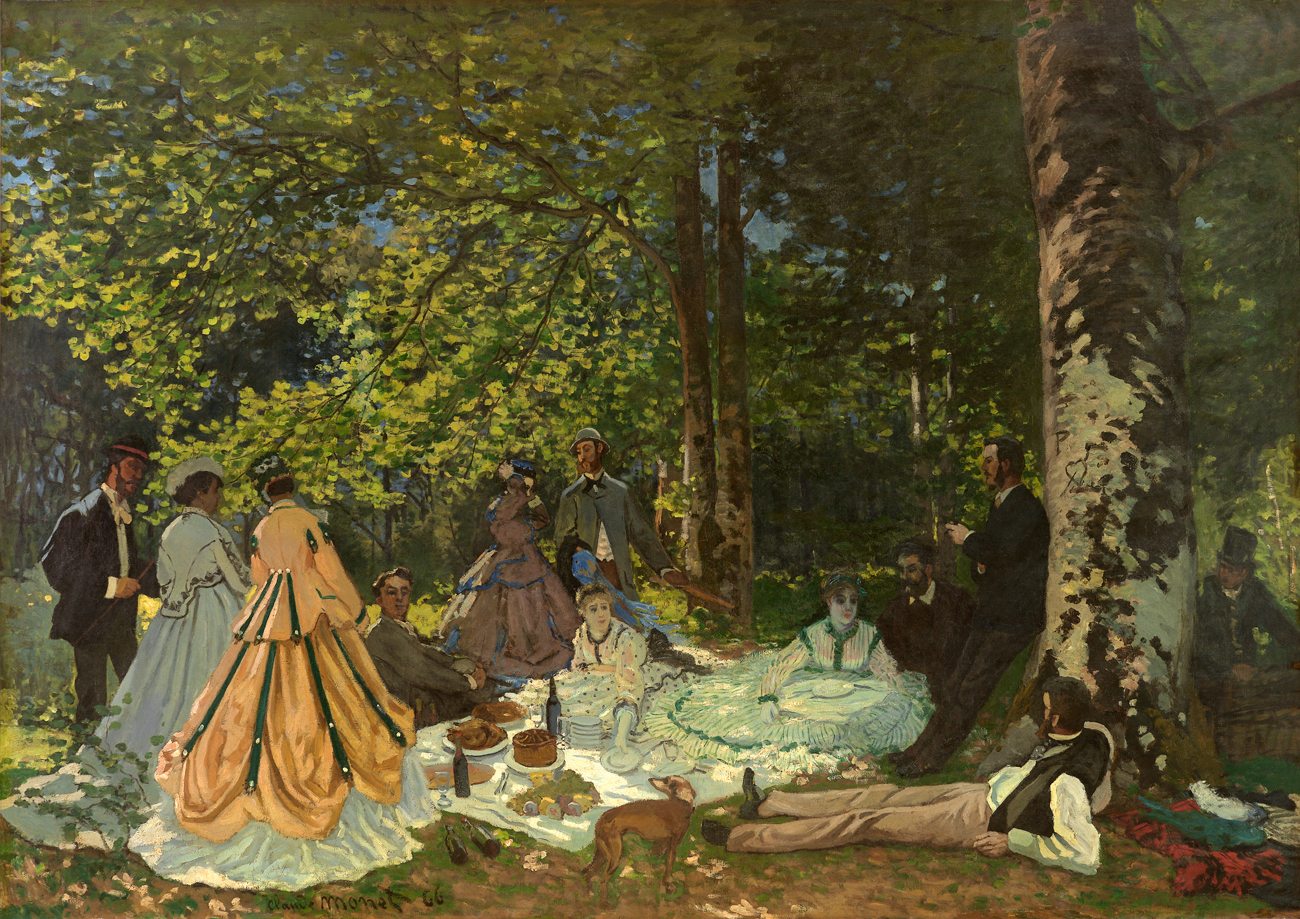 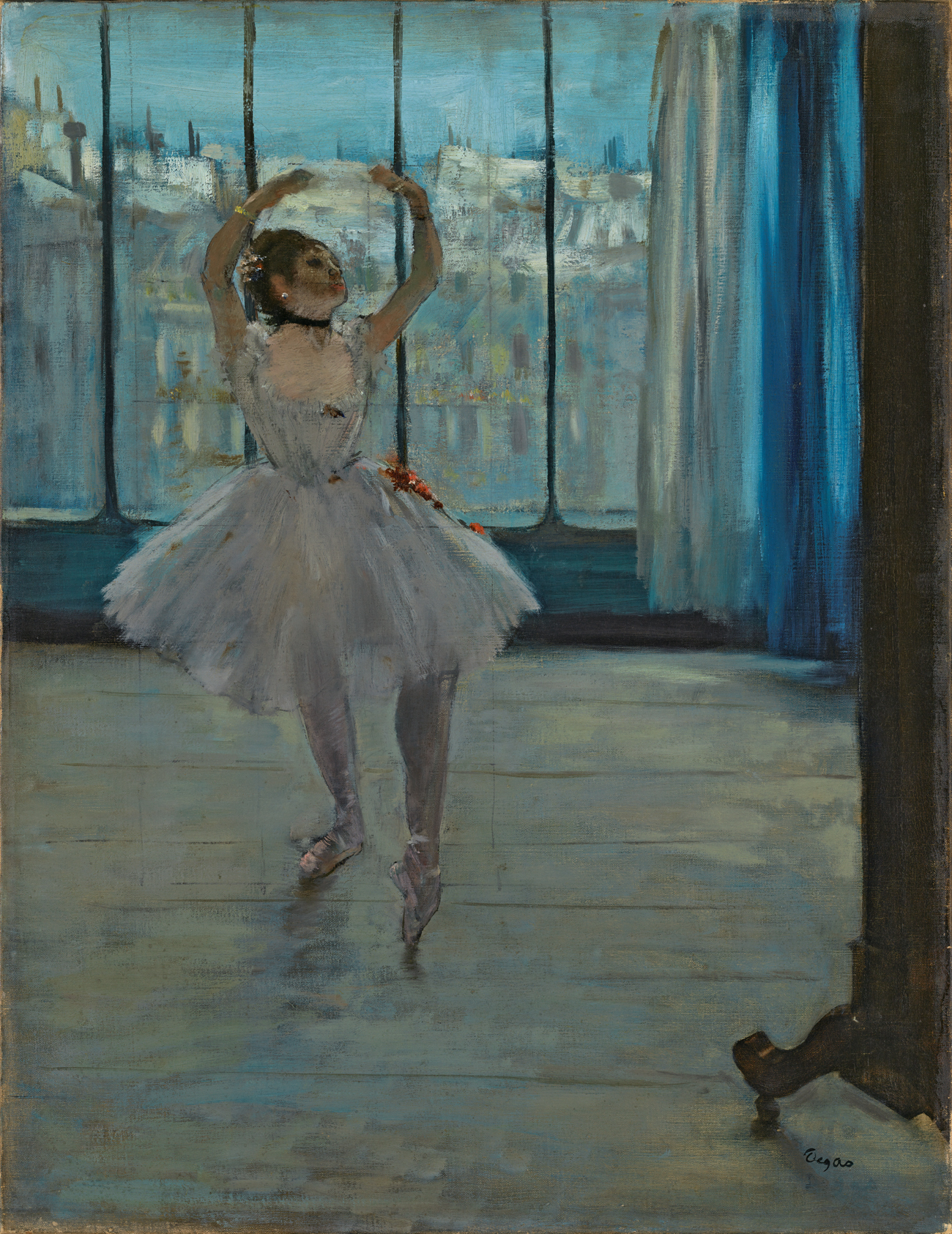 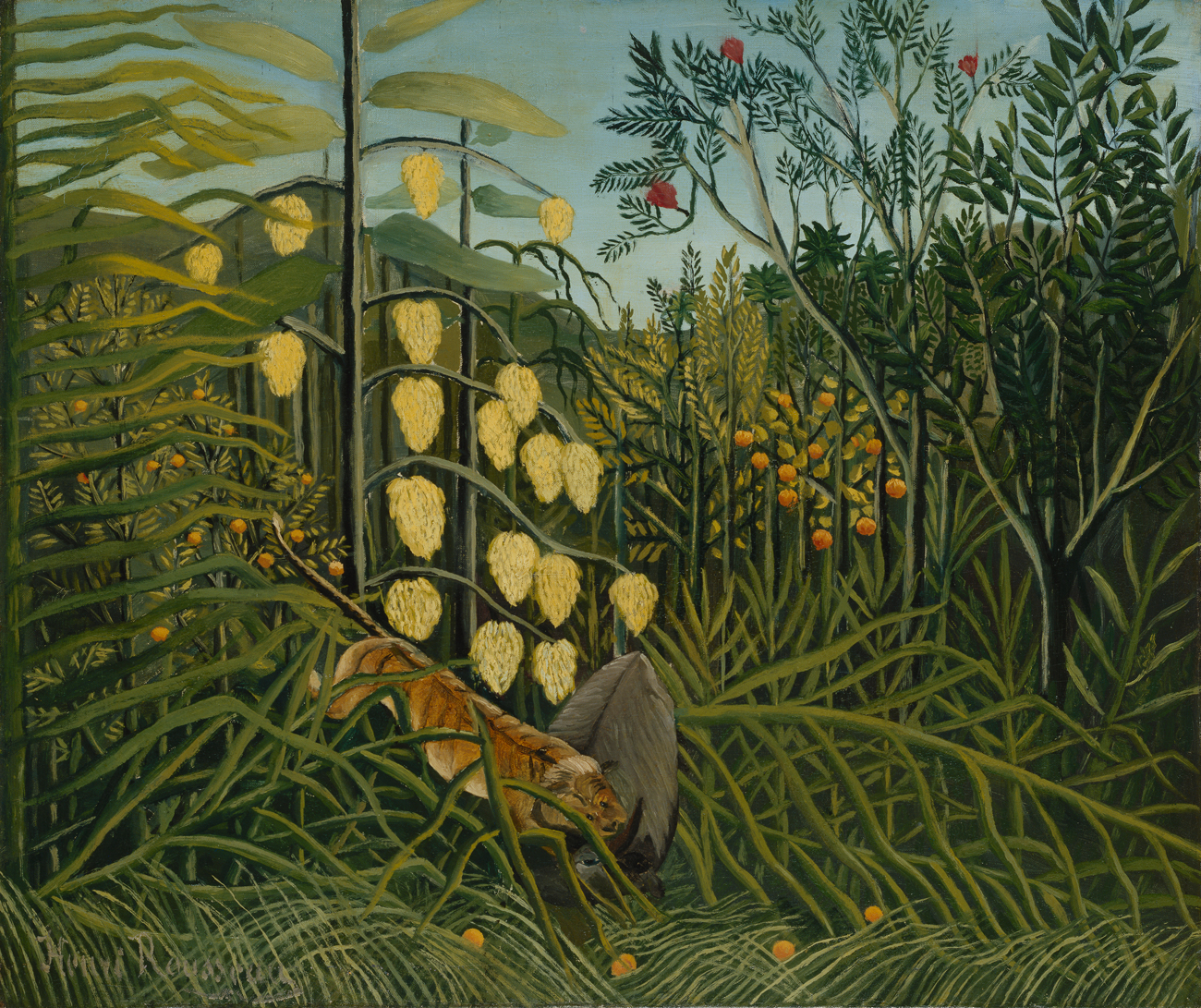 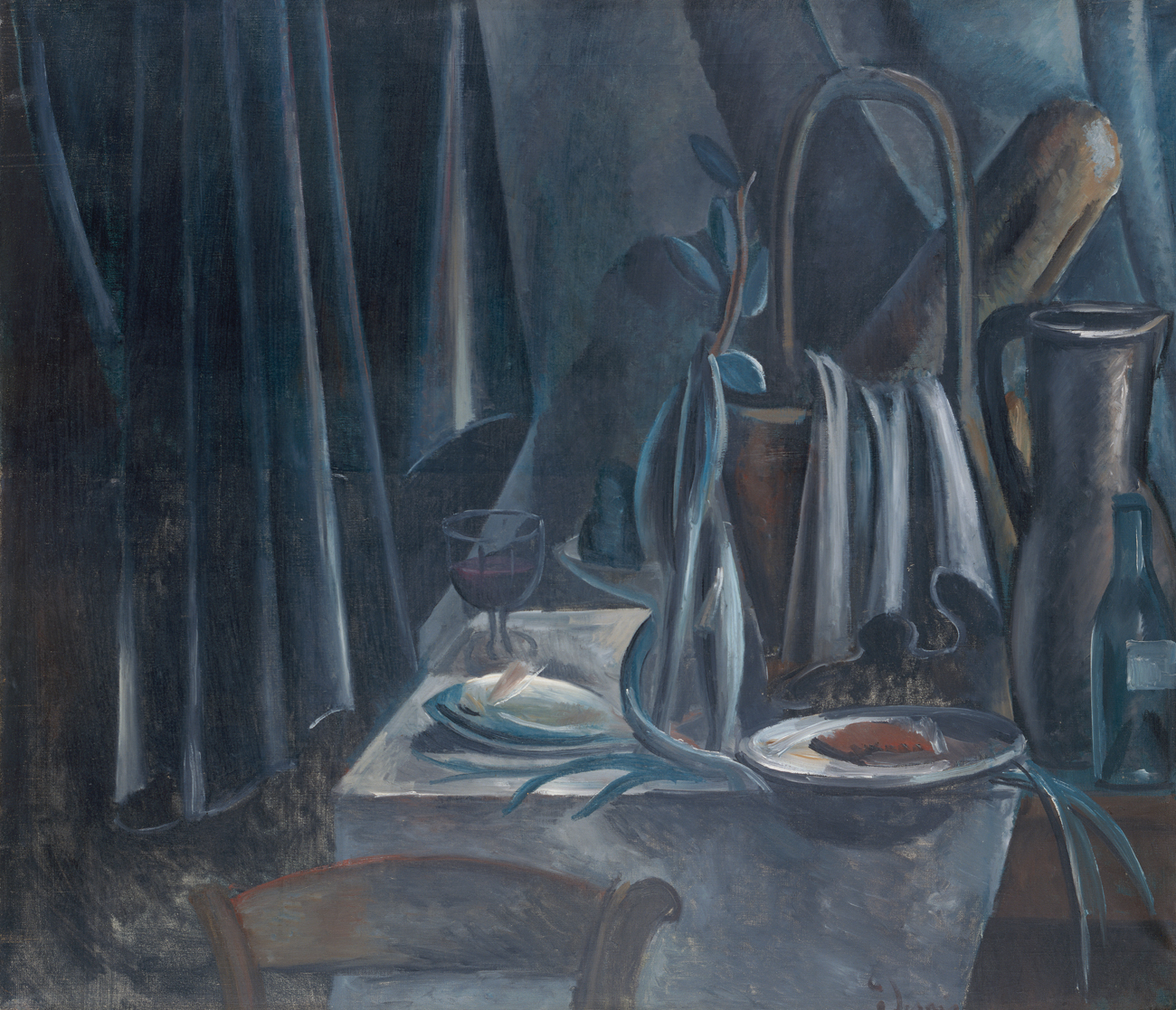 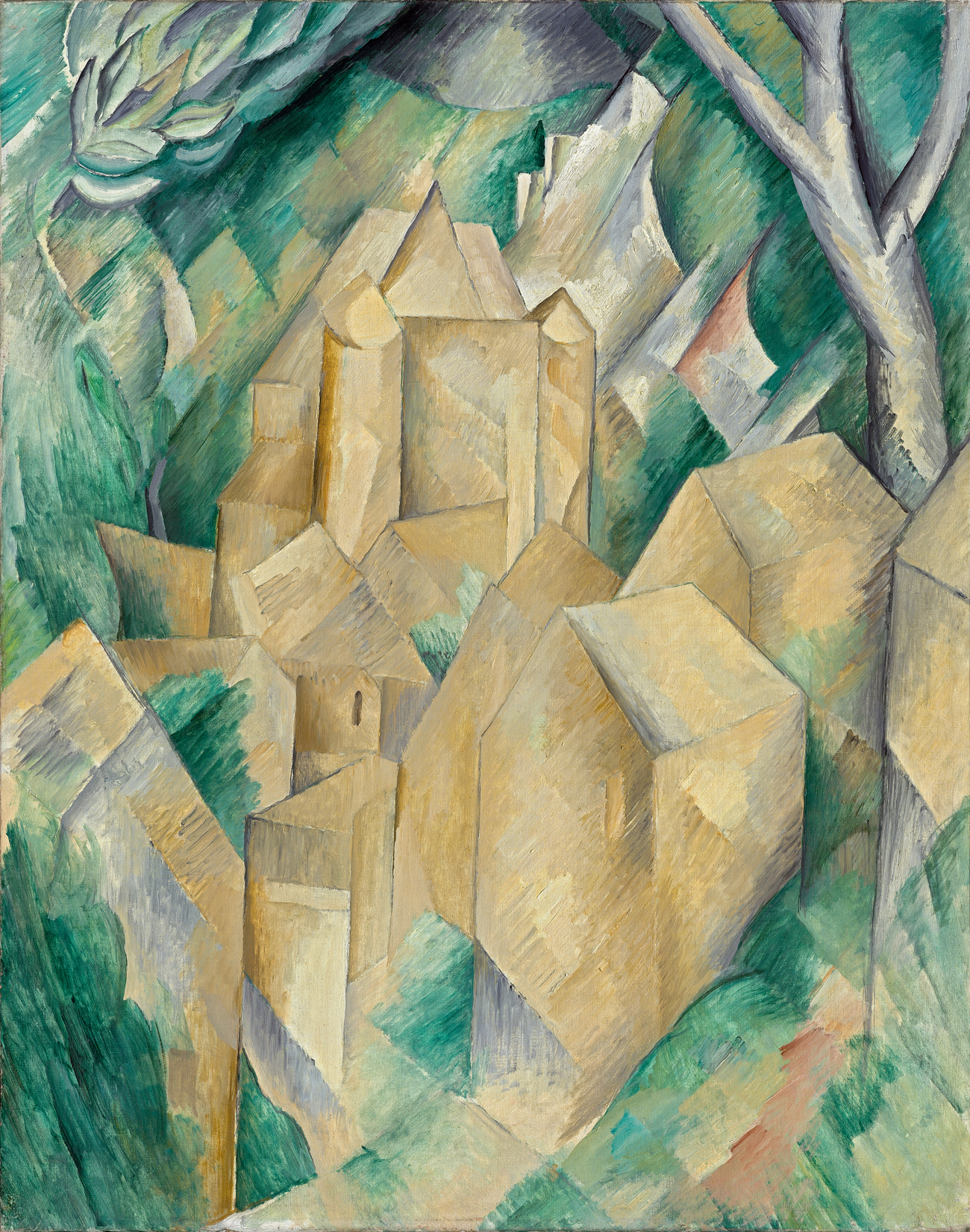 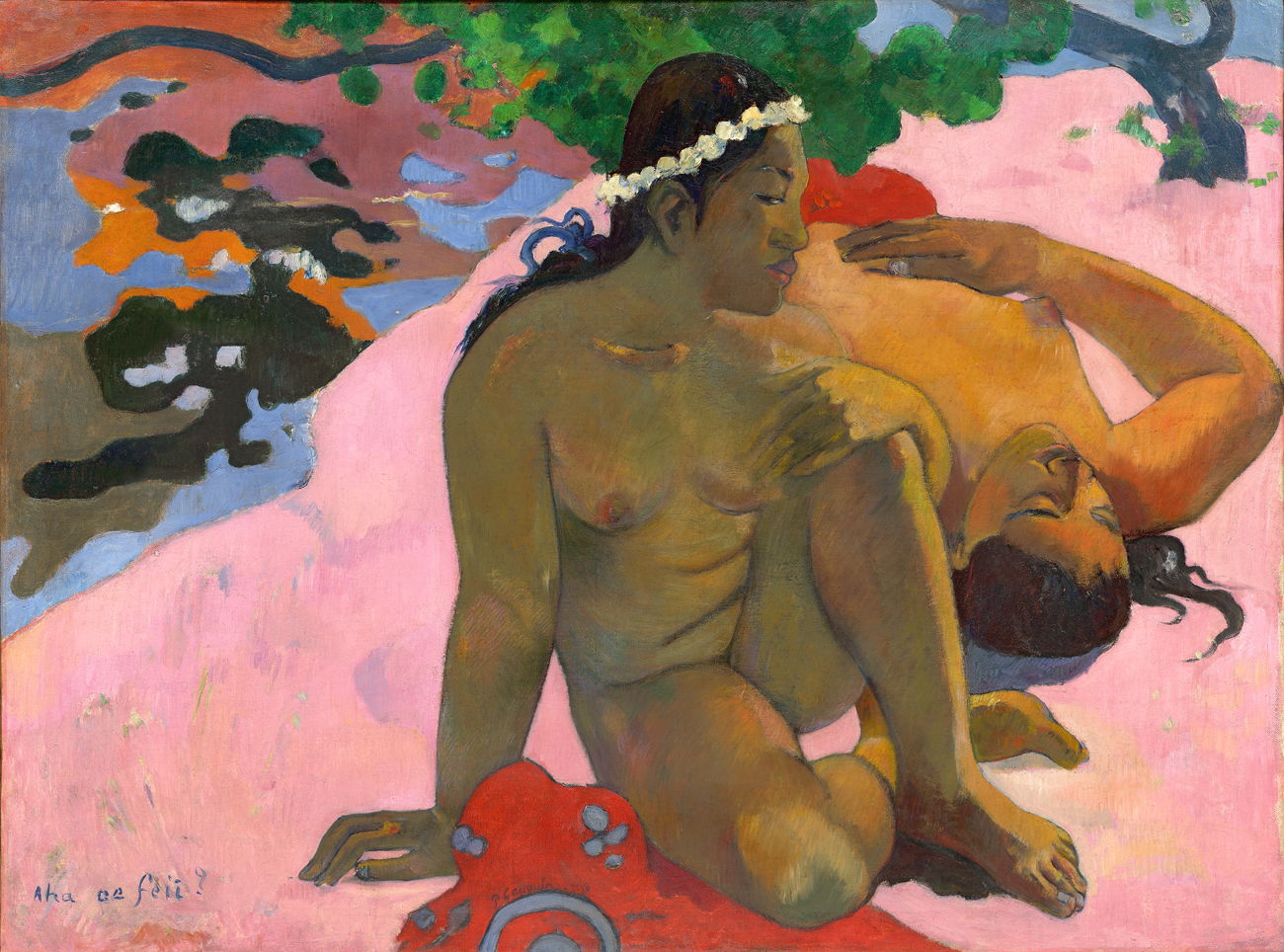 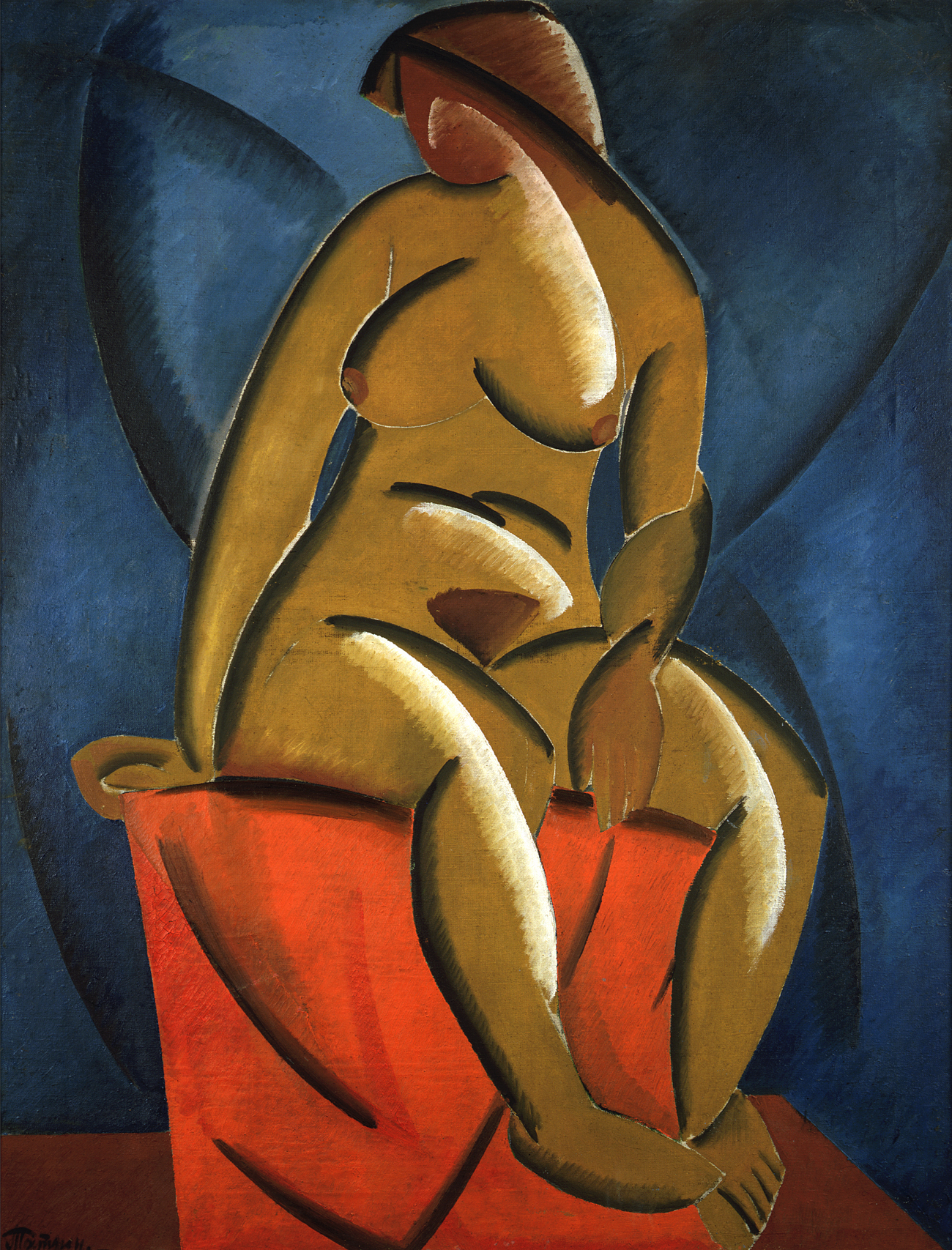 RBTH: Shchukin is known as a formidable collector. But where did his interest in the French artists, his contemporaries, come from?

M.L.: Everyone in his family collected art, just of a different type. There were many people around him who collected the Impressionists. There was a vogue for French Art and the influence of French taste in Russia was huge at the time. He studied in Europe, made friends with art dealers there. There is even a legend that says that Shchukin was able to amass an enormous collection because he began buying work by artists who were not bestsellers for little money at just the right time. This is absolutely wrong! He paid the maximum price, just like the other important Russian Impressionist and Modernist collector, Ivan Morozov.

RBTH: What happened to him and his collection after emigration to Paris?

M.L.: He led the life of a rather well-to-do man. But this is what is called life after death. He had the resources that helped the family live well, but nothing similar to the happiness that Russia had given him. The collection that motivated this man's strength remained in Russia. In Paris he bought little, just a few things, some of [French Fauvist painter] Raoul Dufy's works, which his grandson later gifted to our museum.

And the fate of the collection is well known: It was nationalized by the Bolsheviks. However, back then its fate was still not hopeless. Along with Morozov's collection it constituted the State Museum of New Western Art in the 1920s. And this was also a precedent – the creation of a modern art museum that held Western modern art exhibitions. There were always additions to the collection.

In 1948 the museum was reformed by Stalin's decree. Part of the collection went to the Pushkin Museum, part to the Hermitage.

RBTH: Does the upcoming exhibition in Paris have historical significance? 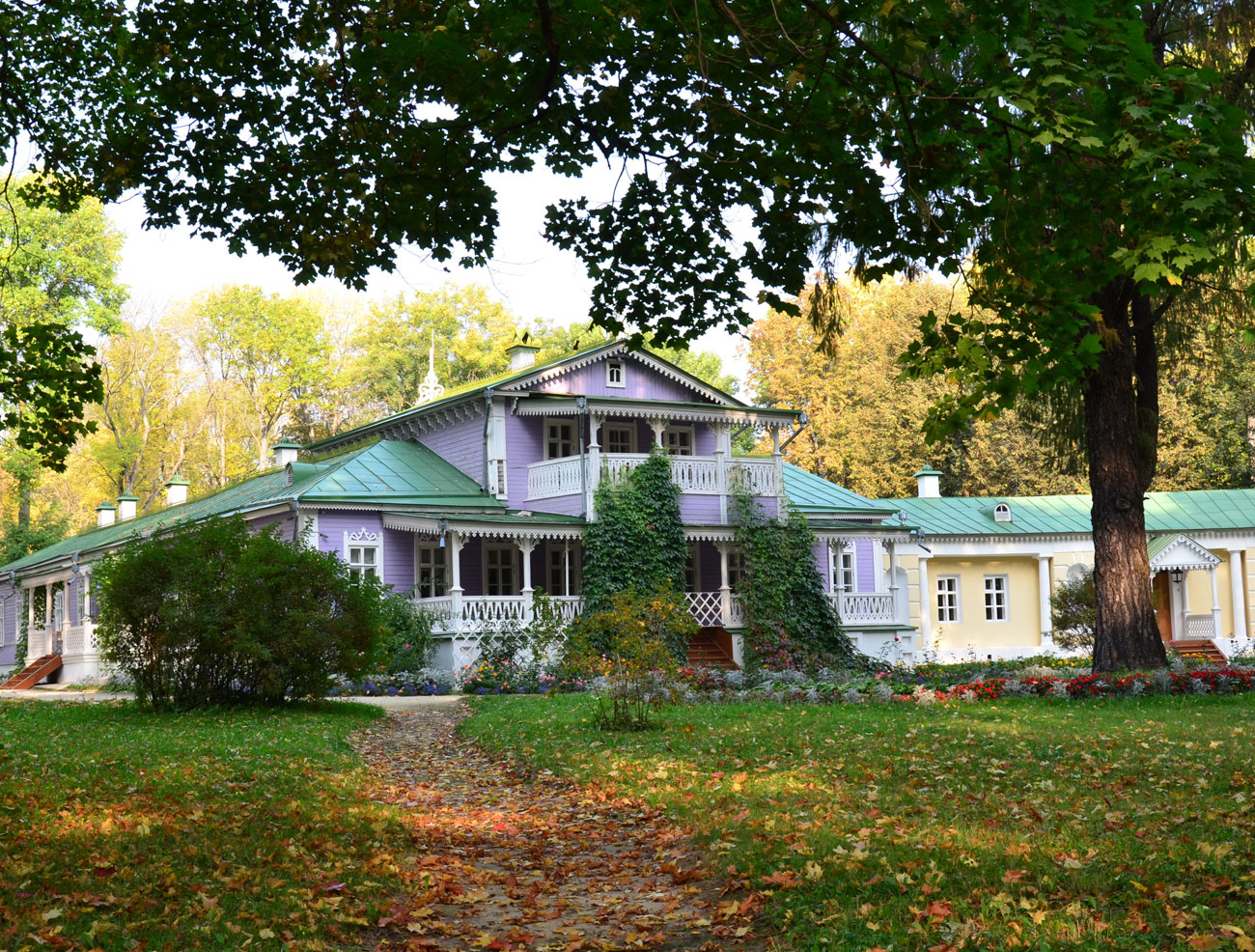 That is why for the first time Shchukin is presented as an autonomous protagonist. Even though in 2004 our museum organized a Shchukin exhibition from our collection, a dividing line was drawn between Shchukin and Morozov, as Pushkin Museum President Irina Antonova said. That is when we met Shchukin's grandson André-Marc Delocque Fourcaud and that is when he gave us Dufy's works.

It is also very important that the exhibition is taking place in Paris, because it is the birthplace of the art being exhibited. Afterward we'll put on this exhibition at our museum, and at the Hermitage. And the exhibition will have a slightly different aspect because we will add things that usually cannot leave our museums.

“Icons of Modern Art: The Shchukin Collection, Hermitage Museum–Pushkin Museum” will be open to visitors at the Fondation Louis Vuitton from Oct. 20, 2016 to Feb. 20, 2017.

Read more: 5 mobile apps to help you find your way around Russian art>>>