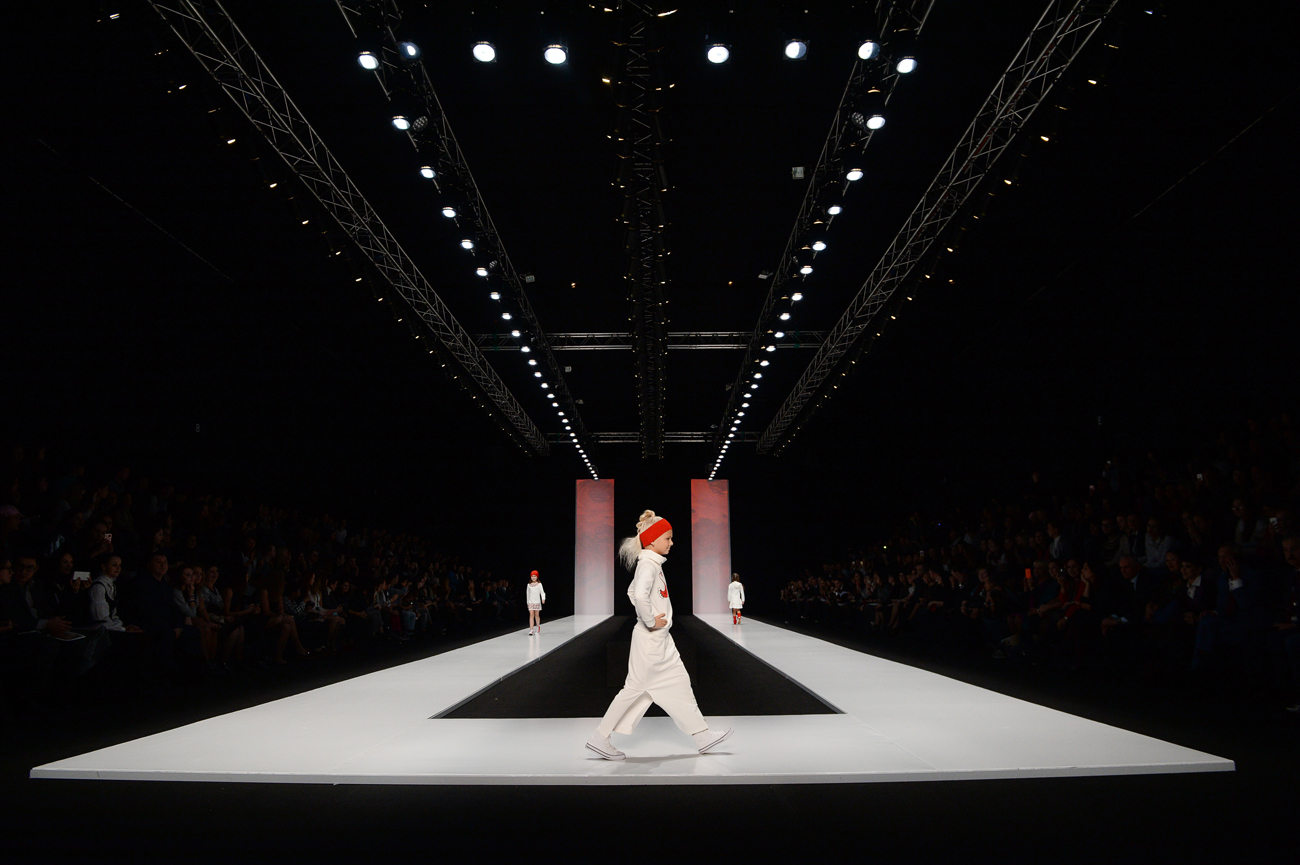 A model presents a creation during the Russian Art Heritage Collective Show at the Mercedes-Benz Fashion Week in Moscow on Oct. 14, 2016.

AFP/East News
The parades at Mercedes-Benz Fashion Week Russia, which took place from Oct. 13 to 17, have concluded in Moscow. We highlight five of the brightest newcomers who presented collections for spring/summer 2017 at the event.

The presentation of the young brand N.LEGENDA, founded in 2012, was dedicated to a new minimalist collection with knitted sweaters of unusual shapes, transformer dresses and skirts with back catches. The peculiarity of the brand is the variety of drapery on materials with different textures, handmade and neatly cut items. 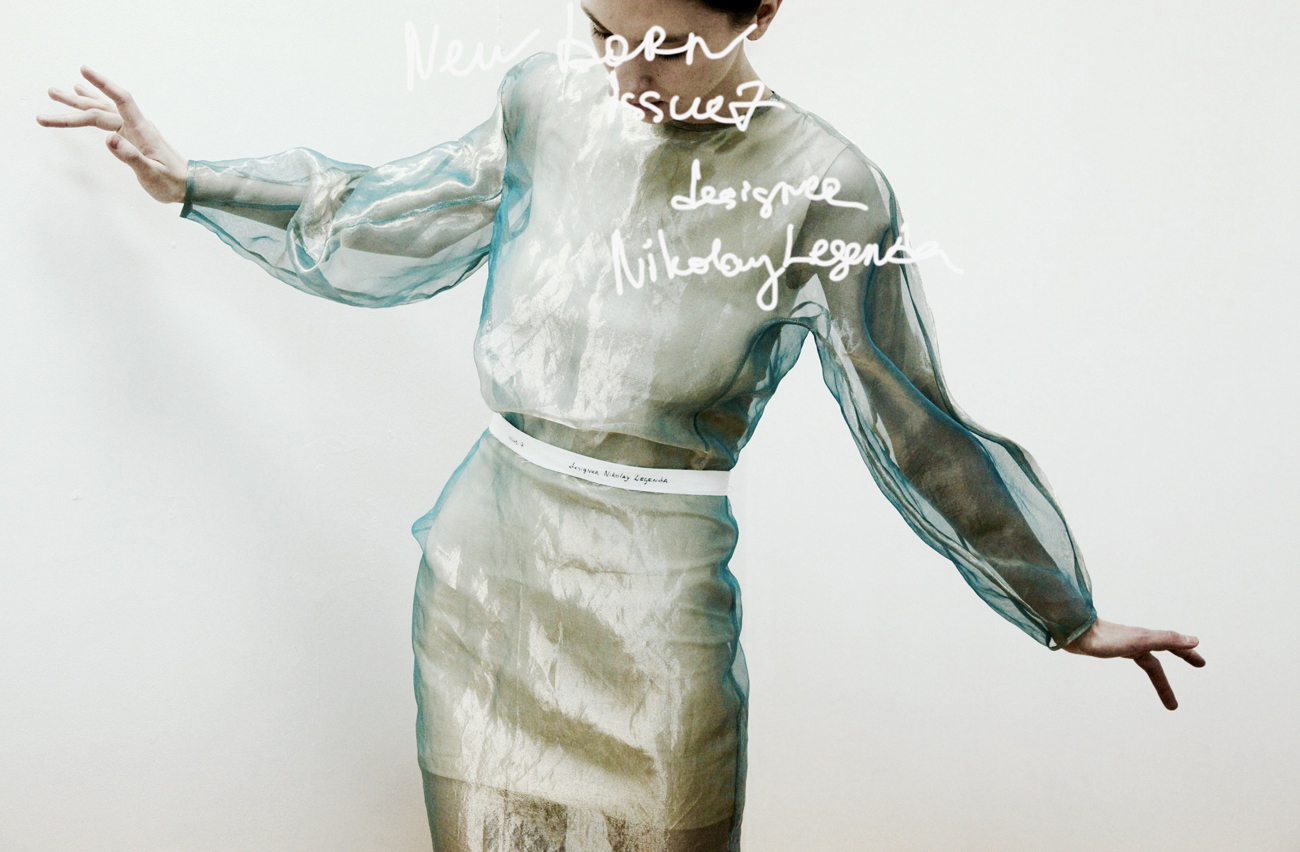 The final touch is added by branded belts made of white plastic, worn on top of the clothes or seen through a layer of thin fabric. According to the brand's designer Olga Kapitonova, the basic concept is drama in a minimalist style, and a slight craziness lends charm to the brand.

The collection "Asbestos" is about practical and stylish clothes for wanderers, which preserve traces of past “travels." Hence the abrasions and creases, the leather coats combined of several jackets, the souvenir buttons and stencil mandalas. The accessories are appropriate: patchwork plaids, roomy backpacks, sacks, waist bags and travel hats. 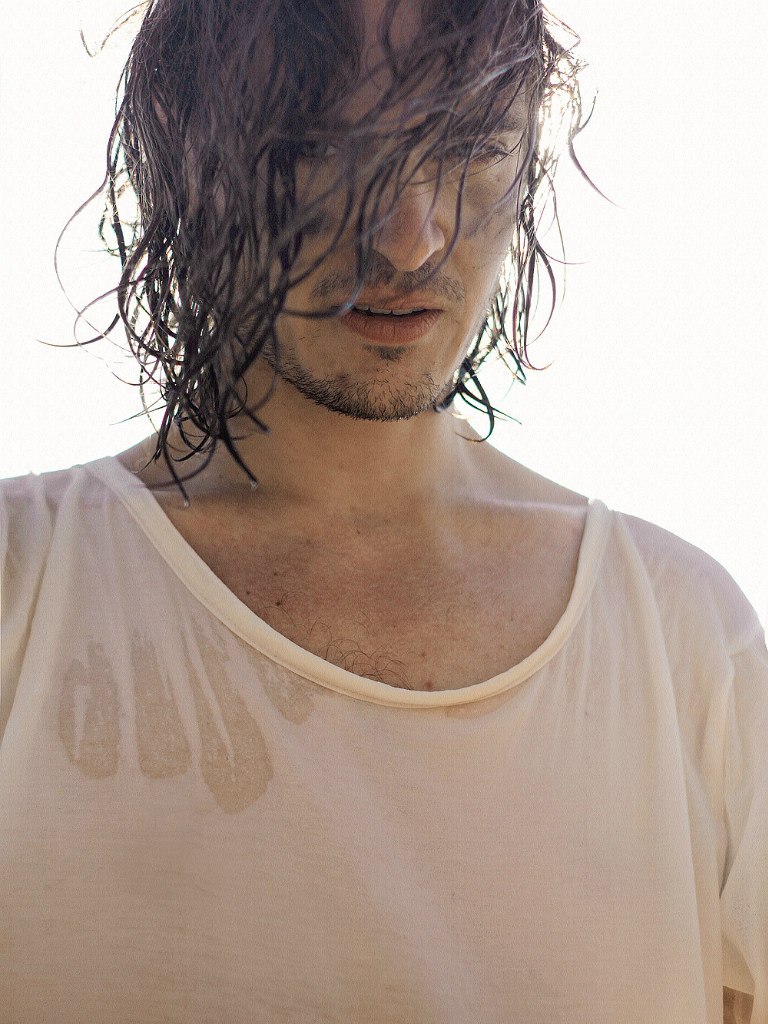 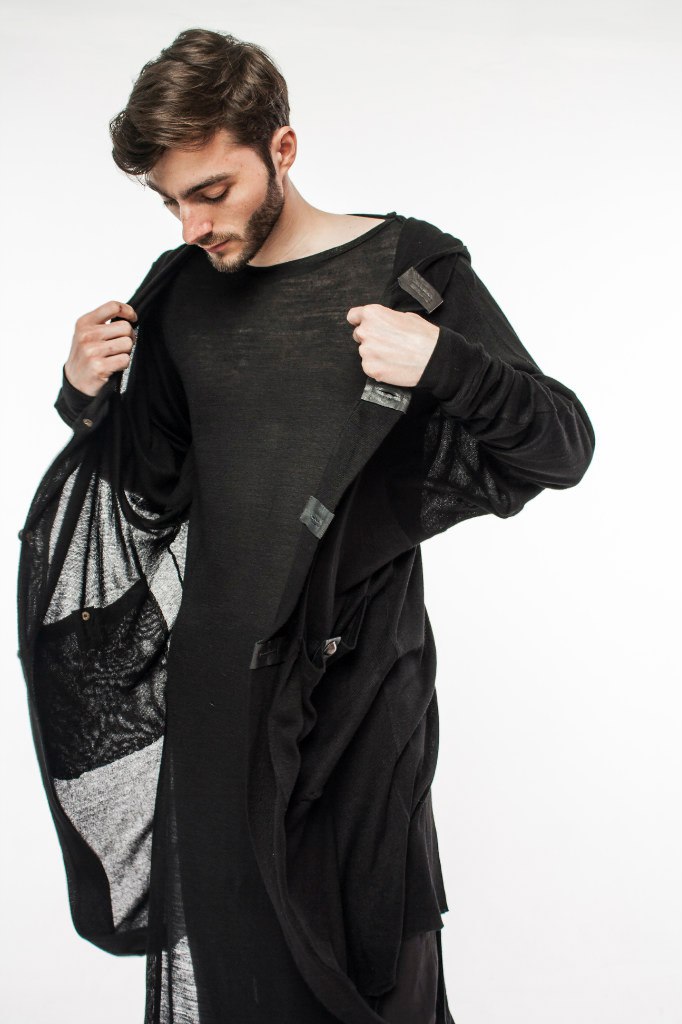 The brand's clothes and accessories are the brainchild of designer Alexei Naidenov, who loves to mix Russian and Old Slavonic styles with smart casual and post-grunge.

The brand was created by designer Anastasia Kondakova in 2015. The designer's trademark is a dress with a moving tuck, which increases or decreases depending on its owner's figure.

The inspiration for the new collection was "an imaginary garden of paradise, where a resident of a bustling metropolis would dream to be in in the middle of a summer day." 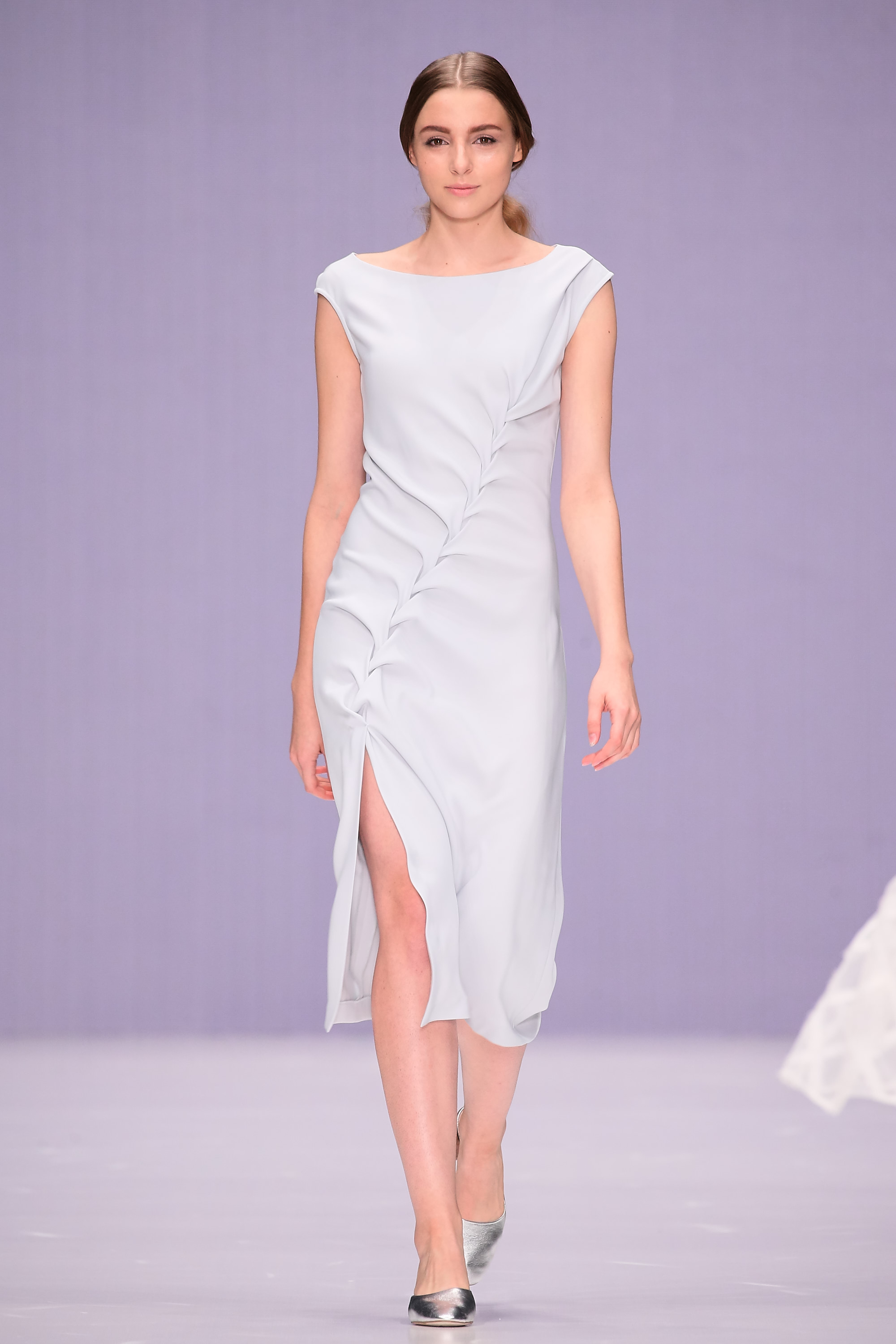 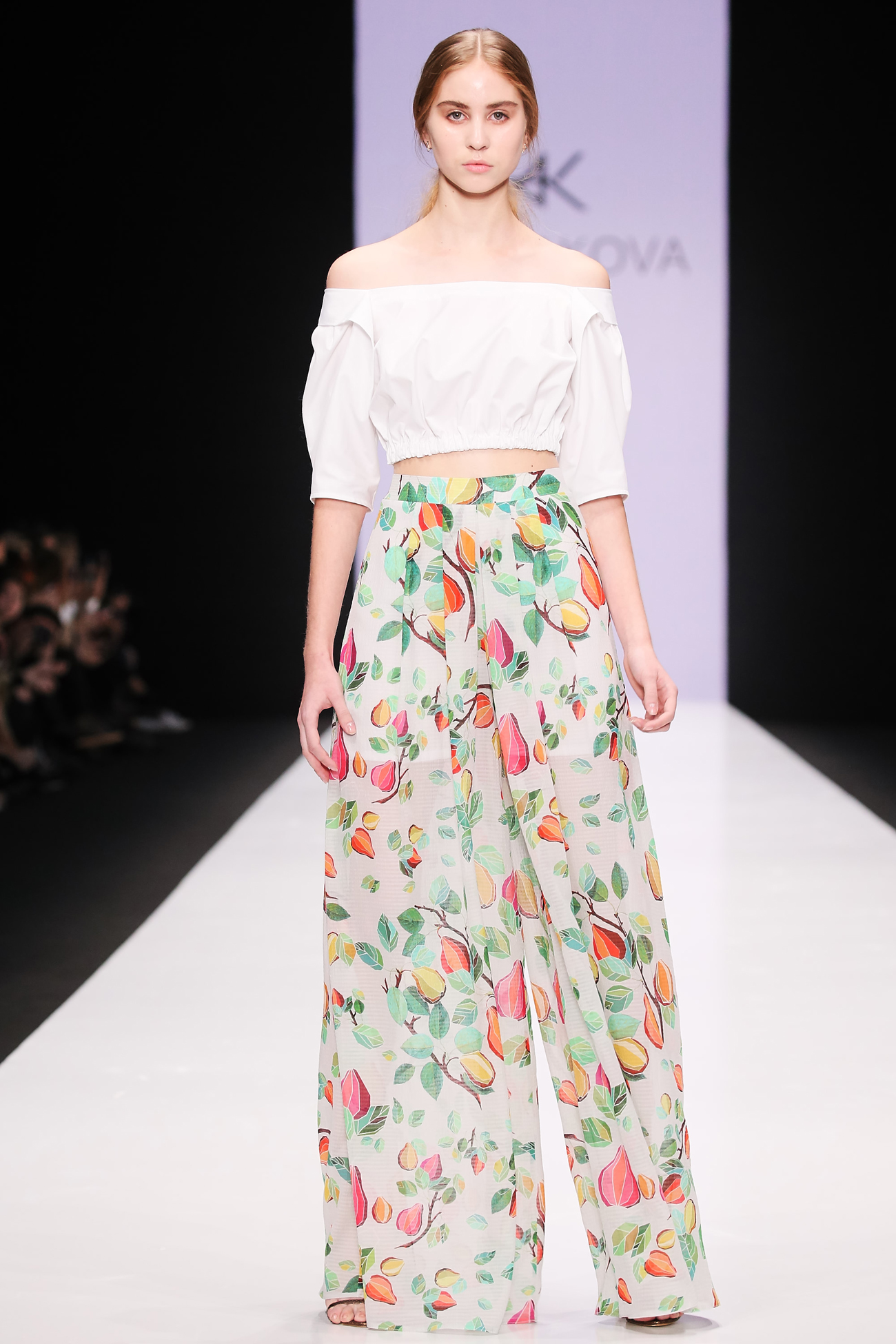 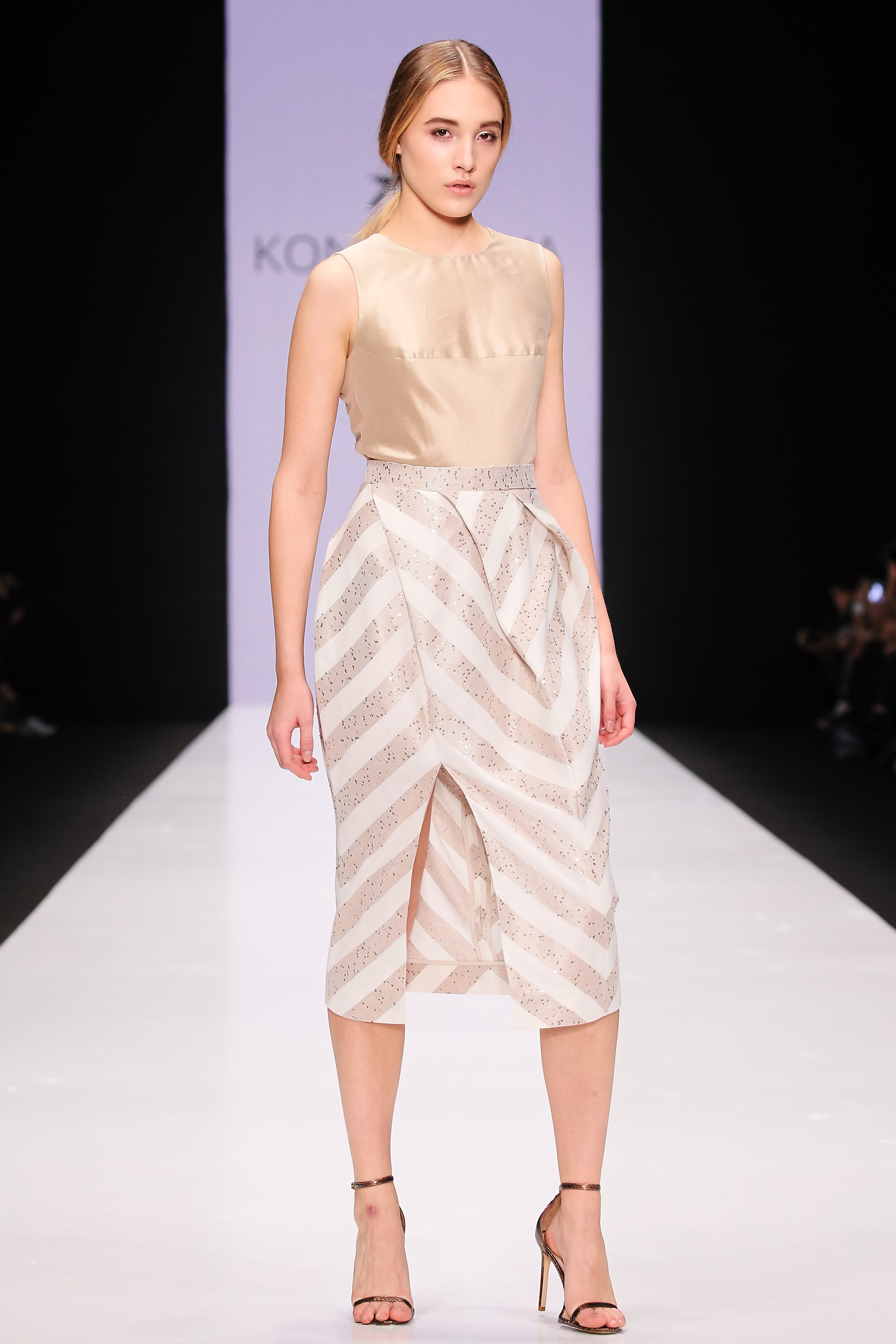 At its core are airy dresses in delicate shades of blue, easy-fit gowns, jumpsuits, blouses with bare shoulders and tightly-buttoned shirts. There is also some metal gloss – silver and gold on sophisticated outfits, as well as a scattering of glittering sequins.

The color scheme of the collection consists of an abundance of white, noble red, sky blue and shades of fresh mint and luscious green.

Designer Julia Makarova is inspired by a rebellious spirit and various mass culture phenomena. Her collection is themed on the increasingly popular rave movement and its aesthetics. Makarova’s second starting point was an urban phenomenon – the overhaul of the Moscow streets. 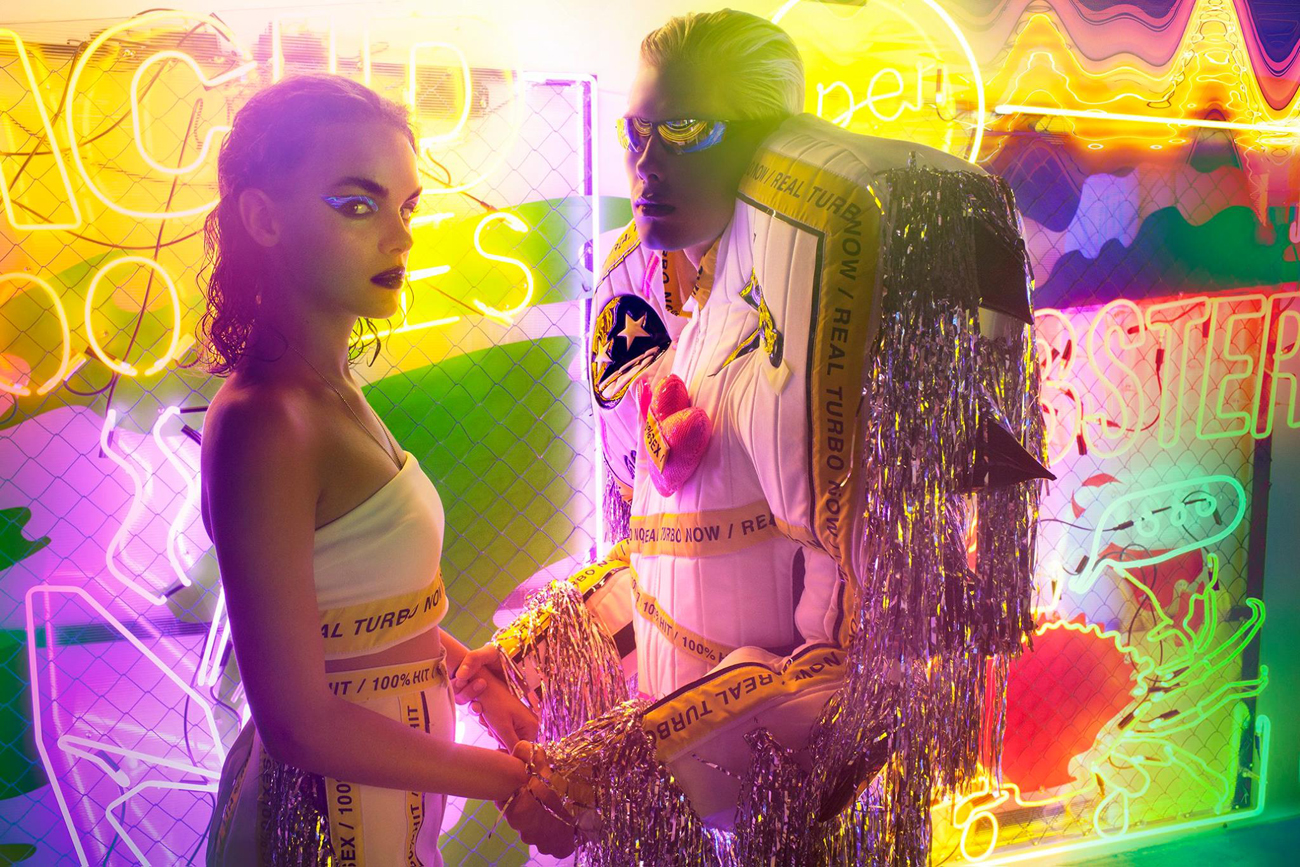 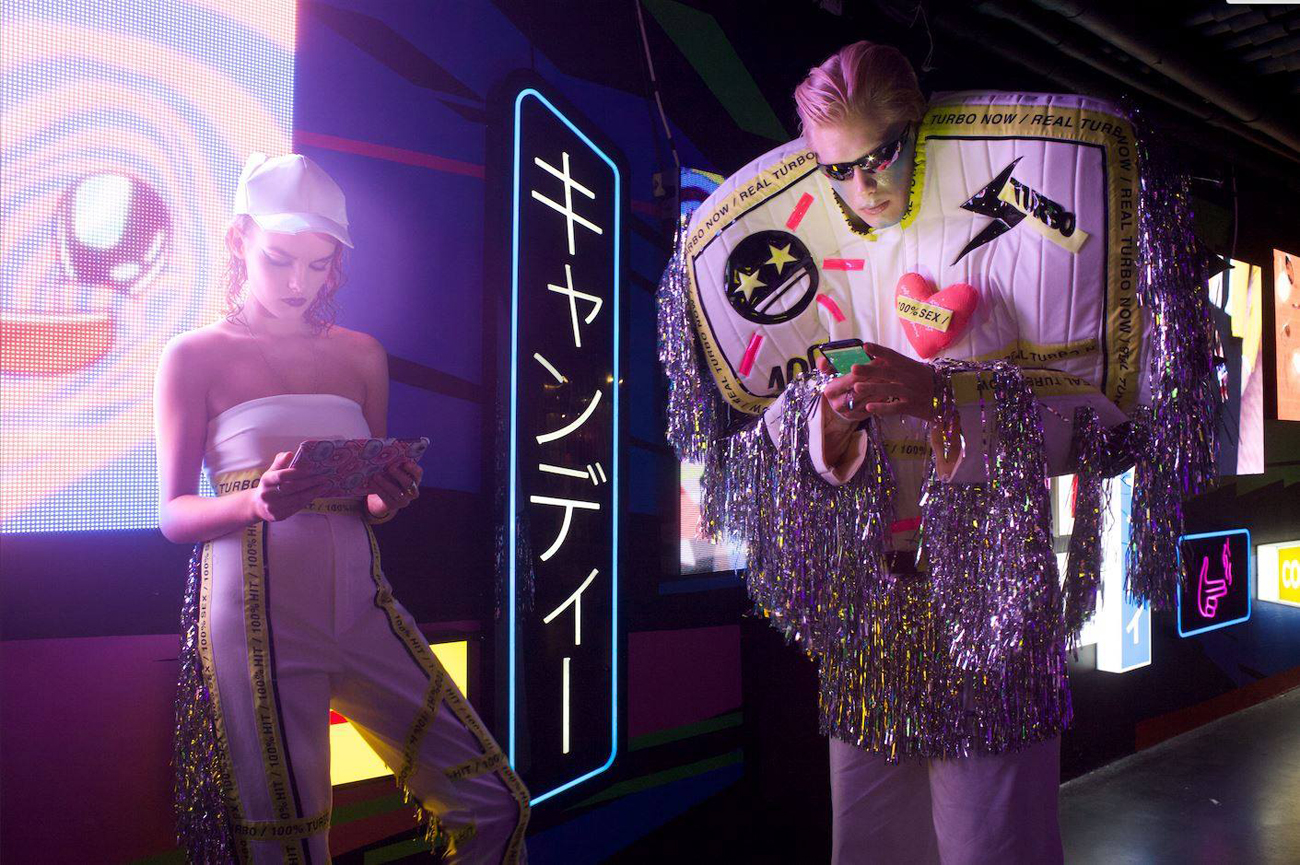 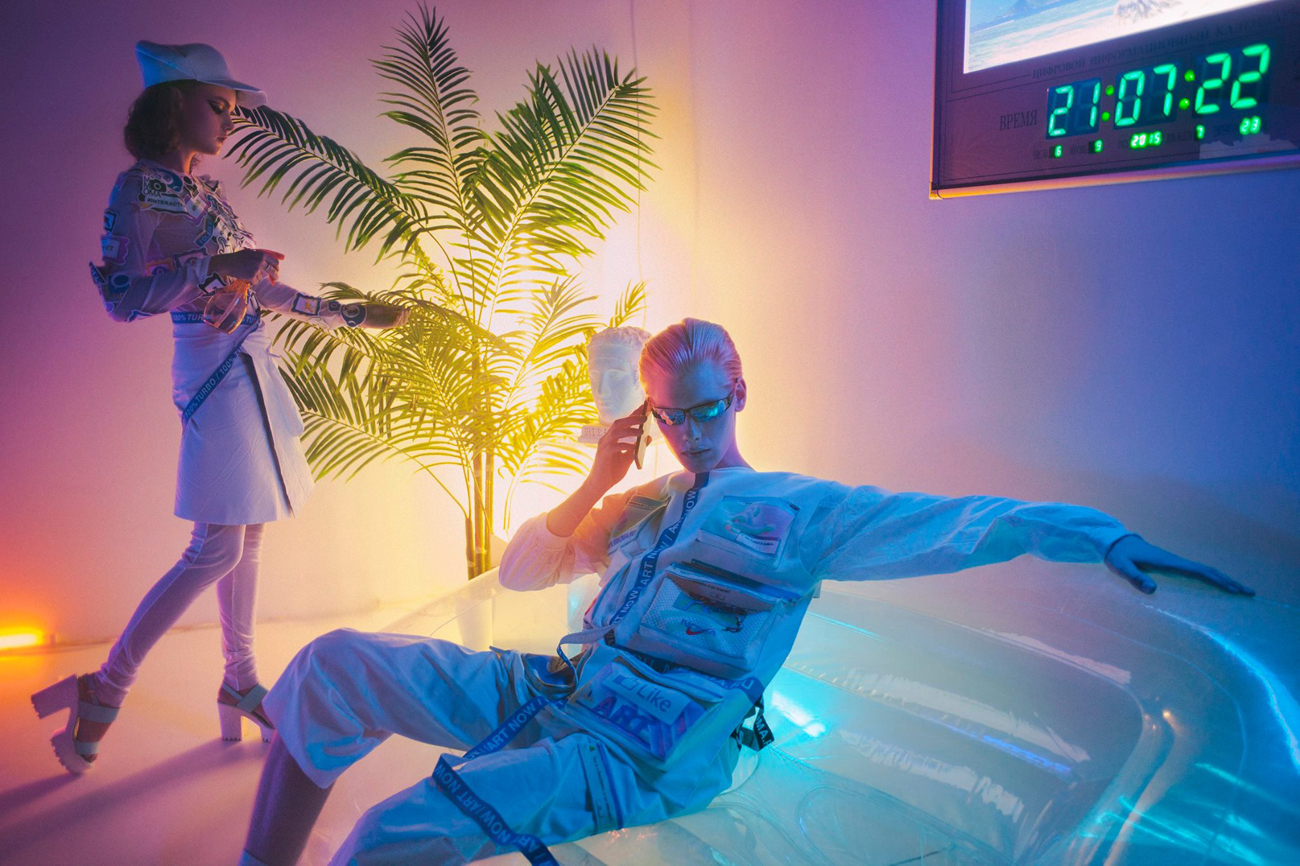 A road worker's uniform with fluorescent inserts serves as a metaphorical bridge between Moscow realities. It is worn by both workers in the street and inveterate ravers. Metallic, neon orange and green, yellow tapes with the brand name – this is how the designer creates a new and trendy uniform for the young.

The show "Life in a Big City" was stylized like a theater performance and thematically dedicated to the ongoing Year of Cinema in Russia. The action took place against the backdrop of a montage of Russian films. Models came out in pairs, representing the family look: elements, colors and styles echoed in adult and children's versions. 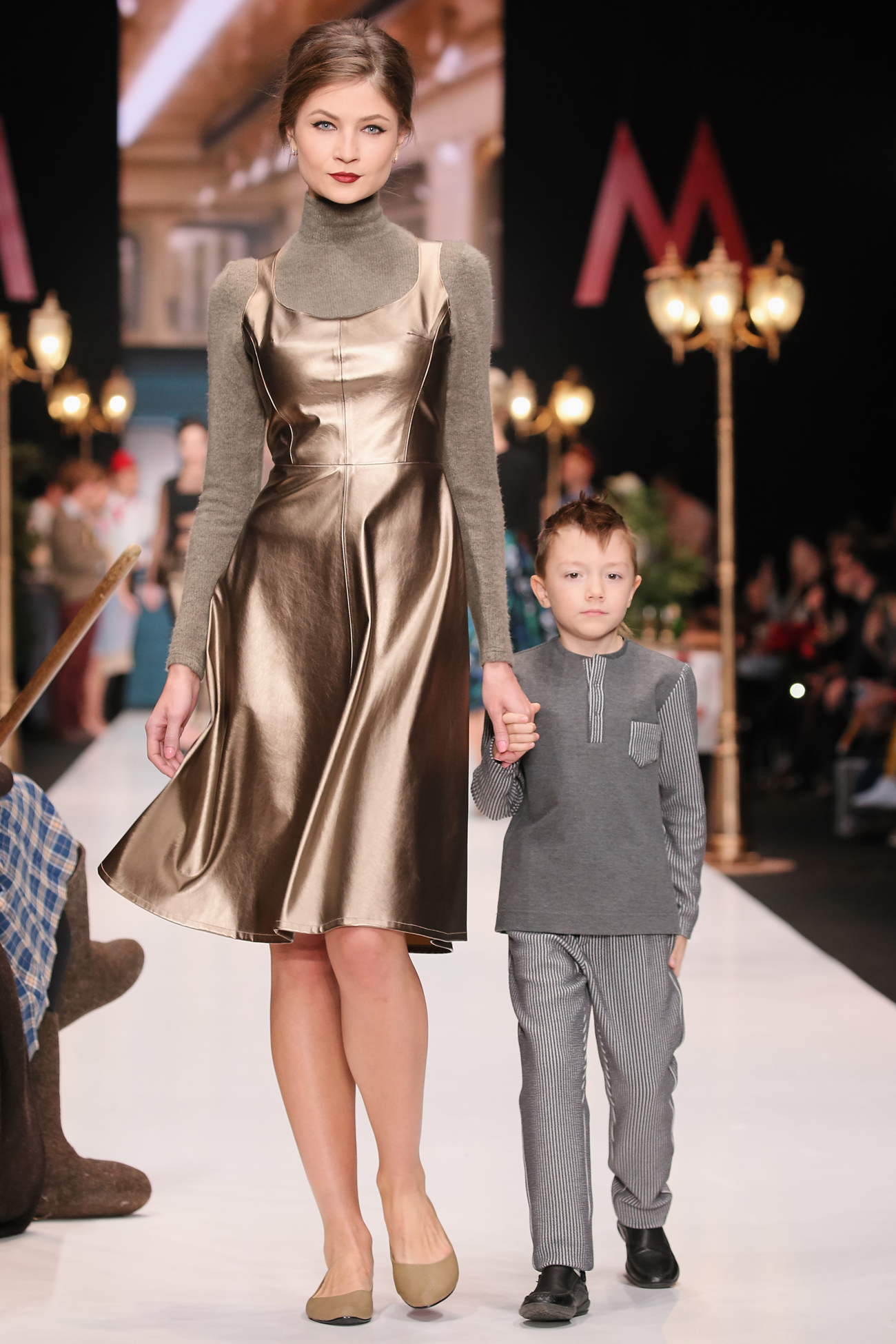 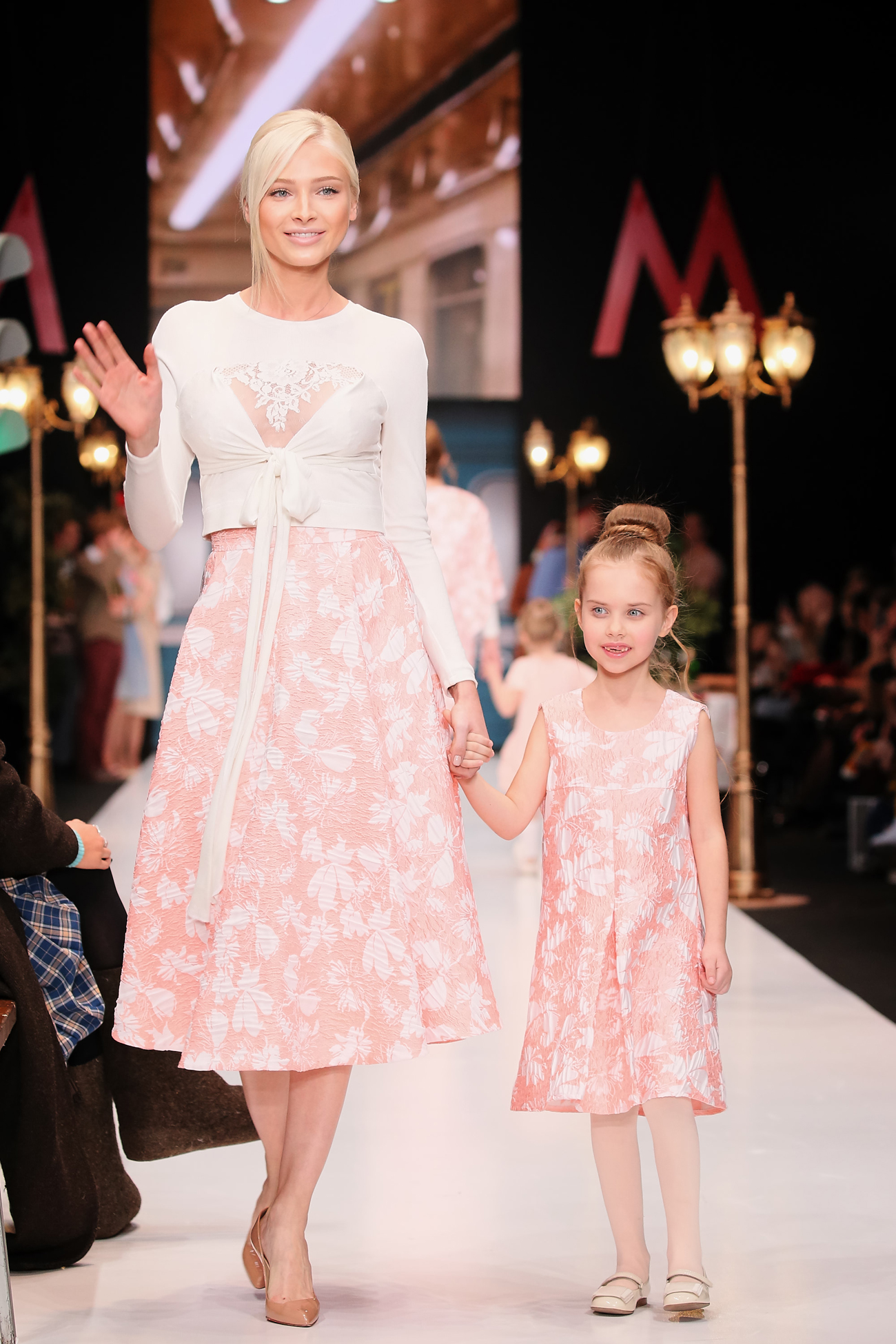 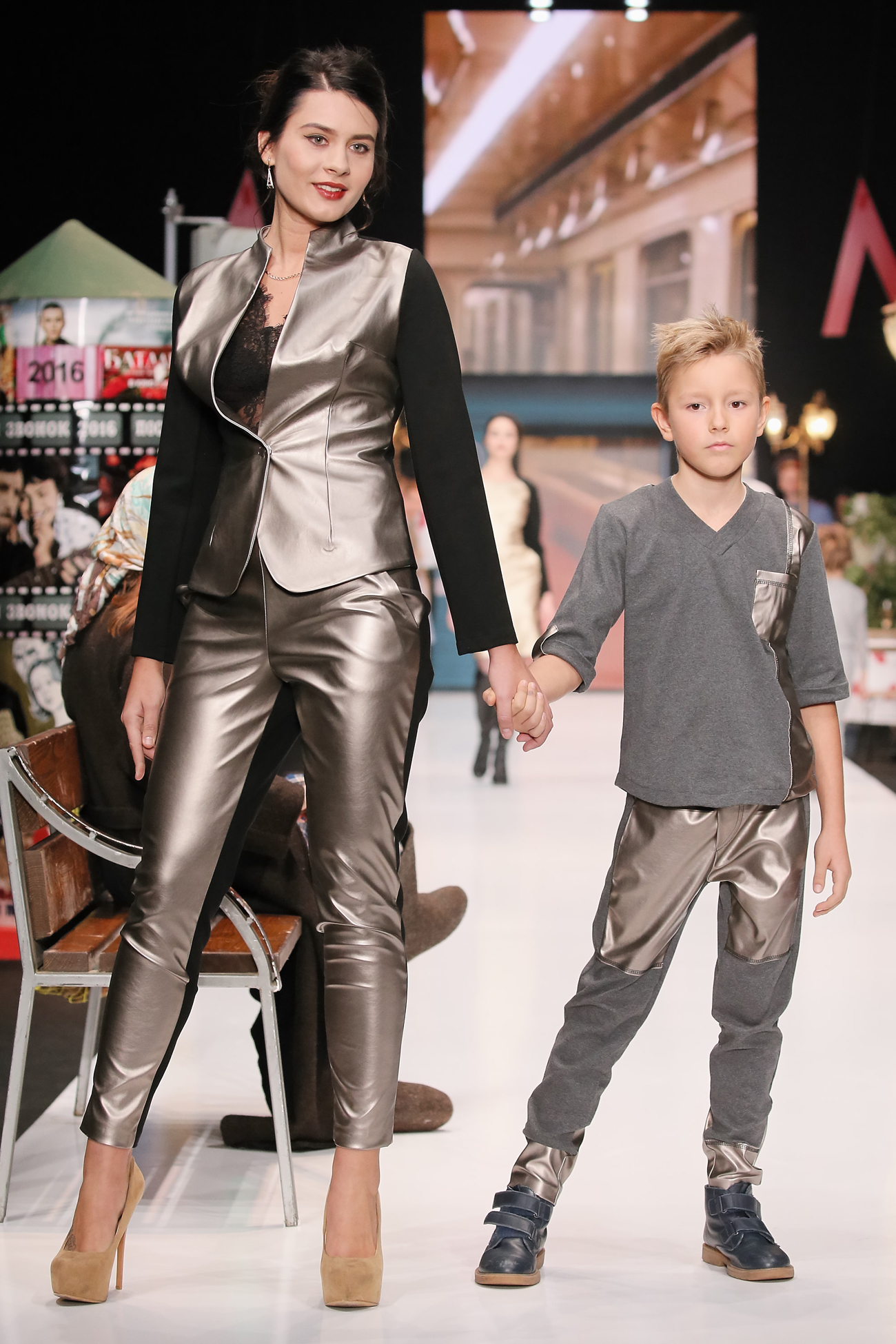 Metal and silver inserts in women's costumes, a malachite-colored tracery jumpsuit, a gentle blend of white and pink, the combination of wine and mustard – Kerimova showed the audience how the new heroine of the big city can look: spectacular, bright, dynamic and feminine.

Read more: Which Russian fashion personalities are hot on the international scene?