What do you need to know about the Russian winter? 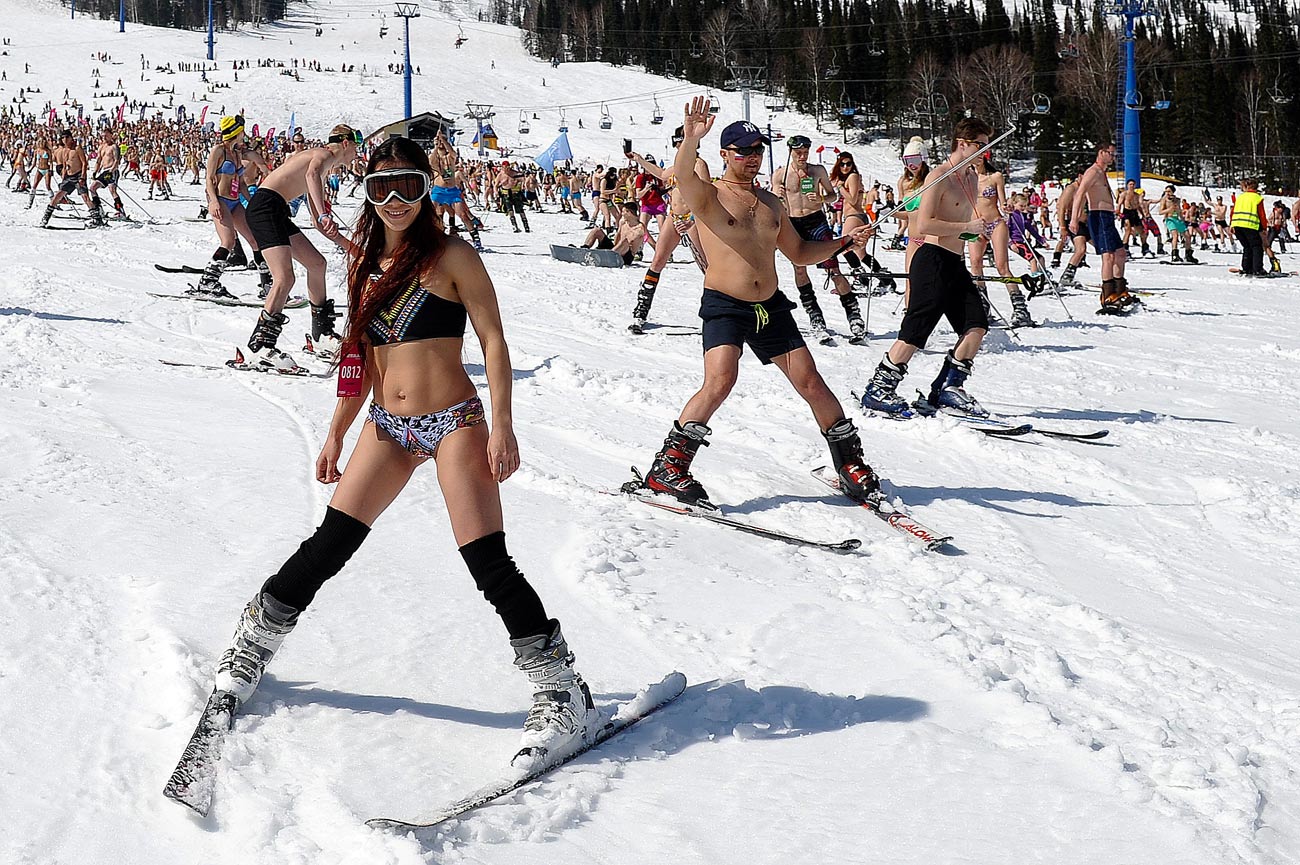 Russians associate winter with something magical and fairy-tale-like, which is understandable given that the highlight of any winter is the Christmas and New Year celebrations. There are skating rinks and bazaars set up in the streets, decorated Christmas trees and a holiday atmosphere everywhere.

Kiril Kukhmar/TASS
Even if you have never been to Russia in winter, you must have heard tales of severe frosts, of knee-deep snow, and endless holiday festivities. This guide is aimed at furnishing you with some recommendations on how to prepare for Russian winter.

It does get cold in winter here. In the European part of Russia, temperatures consistently remain at minus 10 degrees Celsius (14 degrees Fahrenheit) and in some parts of the country they plunge to far scarier figures. For example, in Siberia you sometimes get temperatures of minus 50. At the same time, foreigners are always surprised to hear Russians abroad complaining of being cold when the temperature outside is just a mild zero and there is a chilly wind blowing. So let’s agree from the very beginning: The fact that we have cold winters does not make us more frost-resistant. We too get cold, even when it is just zero outside.

The early bird gets to work on time

Sometimes it starts snowing at night and it does not stop for a very long time. Snow in winter does not take anyone by surprise apart from the municipal services that are supposed to clear it. In the morning there will be horrendous traffic jams everywhere because all lanes will be taken up by snowploughs and a journey to your destination will take three times longer than usual, even if all you need is just to travel a couple of blocks. Incidentally, if you are determined to go by car, you will have to get up half an hour earlier: You will need the extra time to find your car under the snow, dig it out and warm it up.

Watch how you walk

Only footwear suffers a worse fate in winter than cars. The thing is that in order to keep pedestrian areas clear of snow, they are treated with special chemicals. True, after that there is practically no snow on the sidewalks. But there is also practically no chance for your footwear to escape the large white stains left by the chemicals. Incidentally, these stains are not always easy to clean and in the worst-case scenario your boots may be ruined for good.

Winter in Russia may start and end not exactly when you expect. Sometimes temperatures in December rise above zero, which is not very conducive to creating a festive New Year atmosphere. There is no sparkling snow, skiers in the park, children on sleds, or snowmen. But do not let it fool you: Most likely that means that in April, when people in most other countries are already preparing for beach holidays, people in Russia will be wrapping up in scarves and playing snowballs. Which, incidentally, creates another problem for motorists. It is very difficult to plan in advance when to change to winter tires and back.

Love in a cold climate

People in Russia joke that a romantic relationship that started in winter is the strongest. They say that if two people have managed to feel a spark between them despite three layers of sweaters and two coats, then the feeling must be true and will last a long time. We can neither confirm nor refute this axiom, we are just warning you. Yet we would still advise you to dress warm.

Russians associate winter with something magical and fairy-tale-like, which is understandable given that the highlight of any winter is the Christmas and New Year celebrations. Christmas Day in Russia is marked on Jan. 7, yet already from early December there is a festive bustle everywhere, especially in shops, where one has to carefully maneuver in order not to collide with customers laden with gifts in Christmas wrapping. There are skating rinks and bazaars set up in the streets, decorated Christmas trees and a holiday atmosphere everywhere.

If you are planning a business trip to Russia for late December, you would do better to postpone it till mid-January. The closer the New Year, the more festive and relaxed Russians become, which significantly reduces their willingness to do anything apart from buying presents and decorating Christmas trees. The New Year and Christmas holiday break in Russia lasts eight days, with normal work resuming after Jan. 9. So it would be wiser to postpone all important affairs till after then.

You won’t regret it

There may be no spring or fall in Russia, but winter always comes – even if it’s in April. If you have decided to stay in Russia through the winter, you will gain invaluable experience and are sure to have a lot of fun.