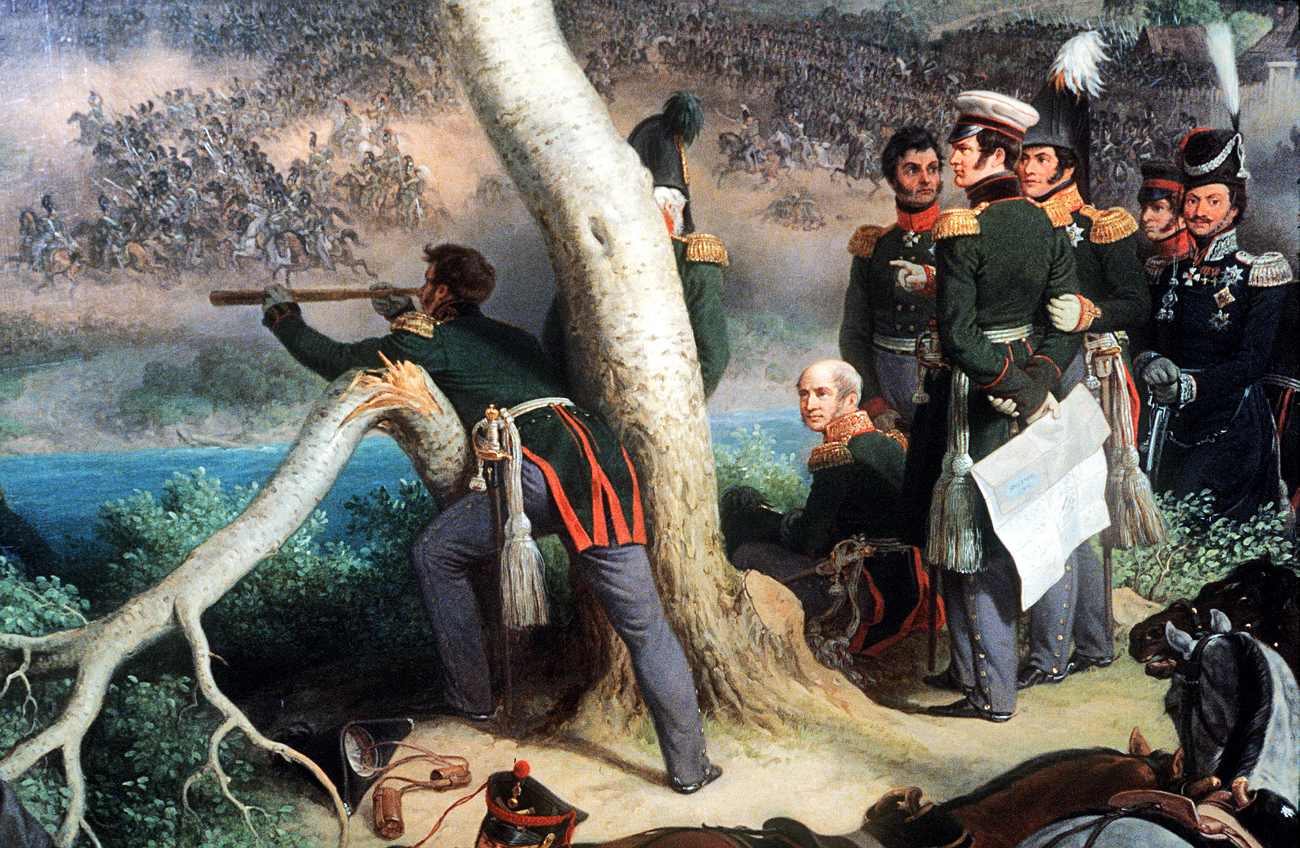 RIA Novosti
Russia’s victories over Napoleon’s Grande Armee as well as Hitler’s Nazi machine have often been attributed to the Russian winter, but giving too much credit to the climate Russia downplays the importance of the country’s skilled military leaders. Legendary commander Alexander Suvorov once said: “You will conquer not by number, but by ability.” The officers on this list prove his point.

Until the 18th Century, military commanders in Russia’s armies were usually members of the aristocracy. A full officer corps appeared only under Peter the Great, after a heavy defeat at Narva forced the Tsar to modernize his armed forces. During the reign of Catherine the Great, Russia’s officers built a reputation that spread throughout Europe. At the beginning of the 20th century, Russia lost a number of its military leaders to World War I and the Civil War, although a new generation of leaders emerged during World War II.

Khvorostinin was a ‘firefighter’ for Ivan the Terrible. He was sent to command troops along the most difficult fronts and he almost always won his battles. As soon as Khvorostinin repelled Swedish troops along the country’s northern border, he was sent to save Rus’ from the Tatars. After achieving victory there, he was sent to the Baltic region to fight the Lithuanians. During the Livonian War, the European armies were superior to the Russian army in terms of technology, but Khvorostinin was able to fend them off with aggressive, strategic raids. In his book “On The Government of Rus’,” published in 1591, English ambassador Giles Fletcher wrote of Khvorostinin: “He is their main man, who is most needed in time of war.” Perhaps it was because of this reputation that Khvorostinin was not executed after he failed to carry out one of Ivan’s orders. Instead, the Tsar required him to dress in women’s clothes and grind flour.

At the Imperial Court, Alexander Suvorov was considered an eccentric and an oddball. He was known for running around naked at night, waltzing out of beat at the imperial balls, crashing deliberately into other dancing couples; and coming to lunch wearing only one shoe. Those who knew Suvorov, however, were not deceived by his appearance. “The Russian Sword, Scourge of the Turks and Storm of the Poles. Violent in his impulses, fearless by nature, he was the image of Attila,” is how Suvorov was described by Louis XVIII in his memoirs.

Alexander Suvorov was, perhaps, Russia’s greatest commander of all time. He did not lose a single one of his 63 battles, even though he often faced enemies with far superior numbers. He was in his element on the attack, and his offensive strategy focused on speed and trust in his men. He was beloved within the ranks. He was skilled in logistics and trained his soldiers in initiative and ingenuity rather than focusing on repetitive drills.

Even when he was still alive, the Russian generalissimo was considered one of the greatest military commanders in Europe, and even Lord Horatio Nelson wrote him letters in his praise. Suvorov’s most famous victory was his campaign over the Alps. In 1799, the Russian army in Switzerland was surrounded. They were out of ammunition, food, and had worn out their boots. It would have been a miracle to hold their ground in such circumstances; Suvorov took up the challenge, leading his armies through snowy mountains, lakes, and past a hostile enemy. At the end of the battle, the Russians had escaped and had lost even fewer men than the French.

Barclay-de-Tolly was the commander of the Russian army during Napoleon’s invasion of Russia in 1812. Napoleon hoped to defeat the Russian troops at the border and force the Tsar to accept his terms for peace. In June 1812, the French army was far superior to the Russian army. Barclay-de-Tolly knew that taking them on would be disastrous. The made the decision to retreat, sacrificing his reputation, burning villages and crops behind him. This strategy worked. Instead of taking a quick victory, the French were forced to follow the Russians all the way to Moscow. The French army starved and was attacked from the rear by Cossacks and partisans as the winter approached. However, the aristocracy demanded a brave battle from Barclay instead of a “shameful” retreat. “Scoundrel, villain, that knave Barclay has given up a glorious position,” wrote his colleague General Peter Bagration.

The command of the army passed to General Mikhail Kutuzov and Barclay-de-Tolly faced the hatred of the people. He was even deliberately fired at in the Battle of Borodino. He survived, however, and lived to see his strategy triumph. He was again made commander of the army after Kutuzov’s death and he led the Russian army all the way to Paris.

Rokossovsky’s belief in the Rodina, the Motherland, was not broken even during the time he served in prison during the purges of the late 1930s. In 1940, Stalin pardoned this future Marshal of the Soviet Union, and a year later this decision paid off greatly. After the German invasion of the Soviet Union, Rokossovky’s troops fought at critical points on the Eastern Front. In 1941, his division held back German tanks in the Battle of Moscow; in 1942 Rokossovsky’s army surrounded the Germans at Stalingrad; and in 1943 he defeated the Wehrmacht at Kursk, a turning point in the War.

Rokossovsky’s fame, however, comes primarily from his organization and execution of Operation Bagration in 1944. After deceiving the Germans into believing he was planning an attack via Ukraine, the Red Army struck German positions in Belarus. The German front collapsed. In two months, the Red Army liberated Belarus, Lithuania and Western Ukraine from the Nazis, and moved 300 miles from the Dvina to the Vistula. The Germans lost half a million people.