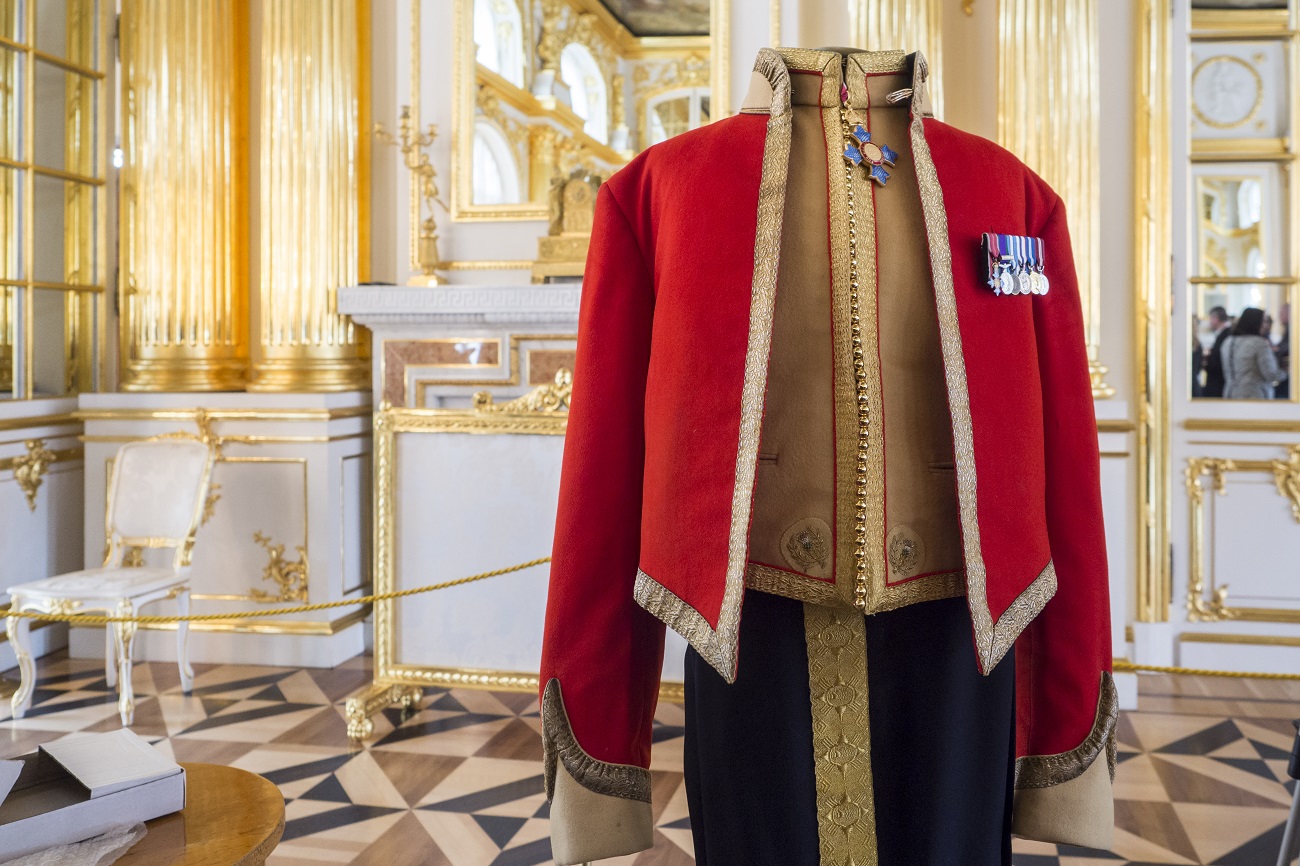 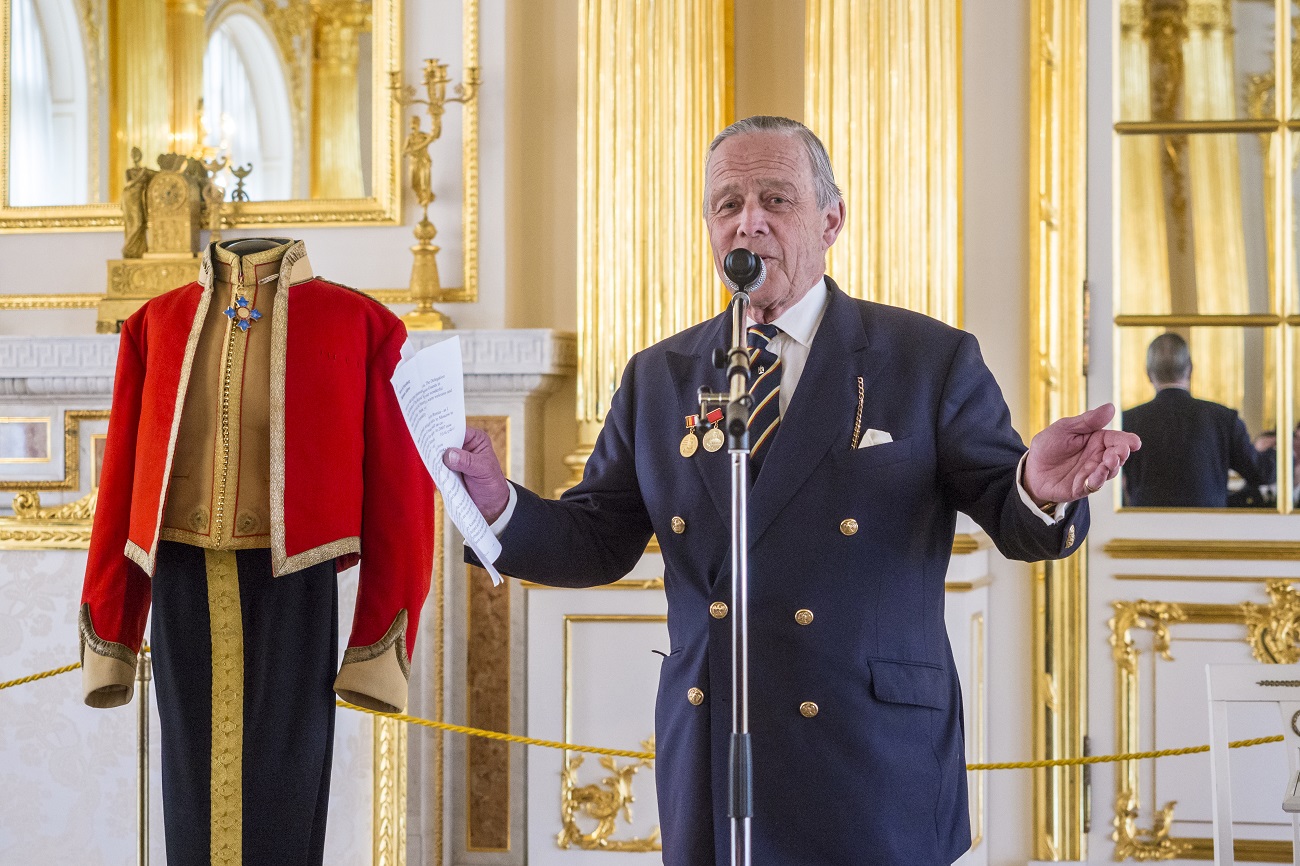 Brigadier Jameson spoke about historical connections between the Royal Scots Dragoon Guards and Russia. The regiment was established in 1678, its first colonel was the Lieutenant-General Tam Dalyell of the Binns. He is also known as "The Muscovite De'il", because in 1656 he entered the service of Tsar Alexis I and distinguished himself as general in the wars against the Turks and in the Russo-Polish War (1654–1667). 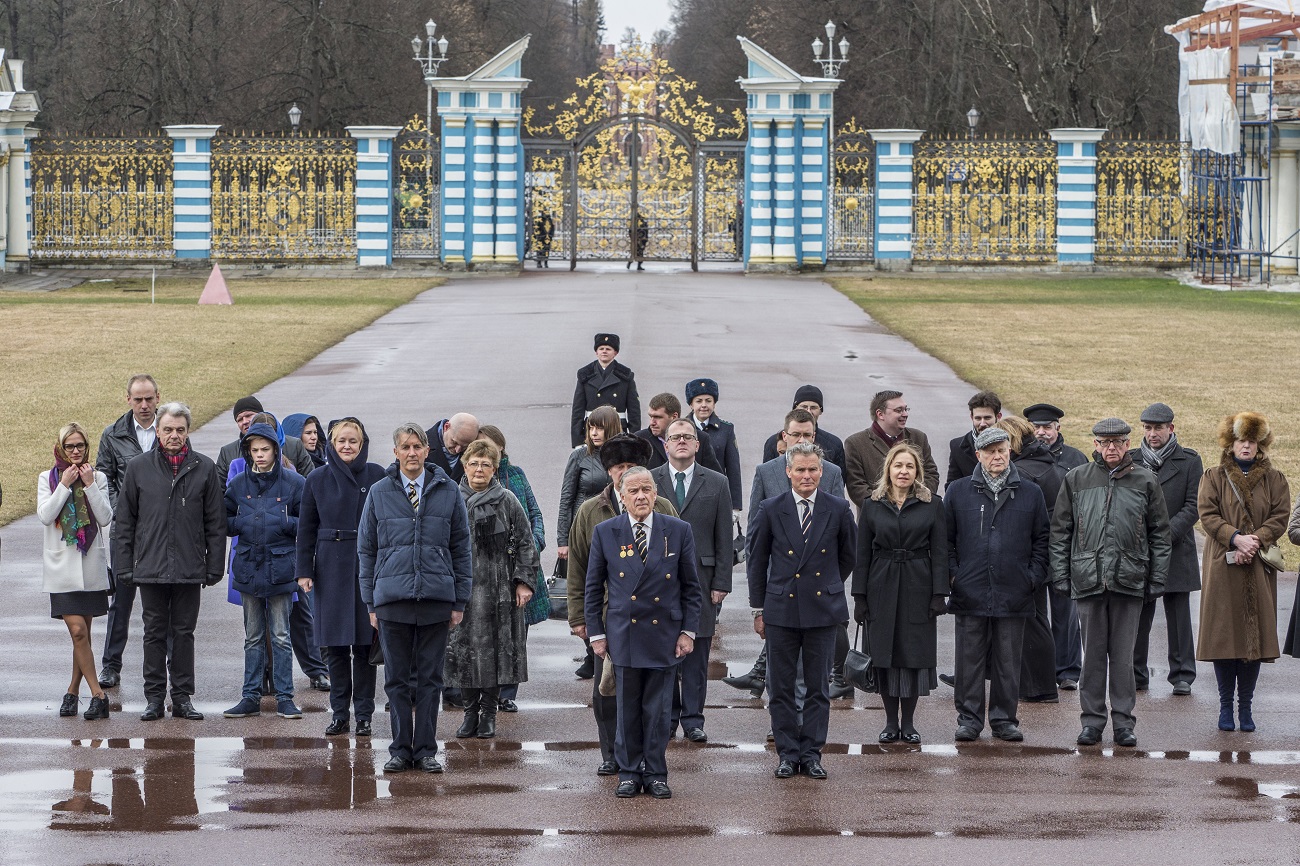 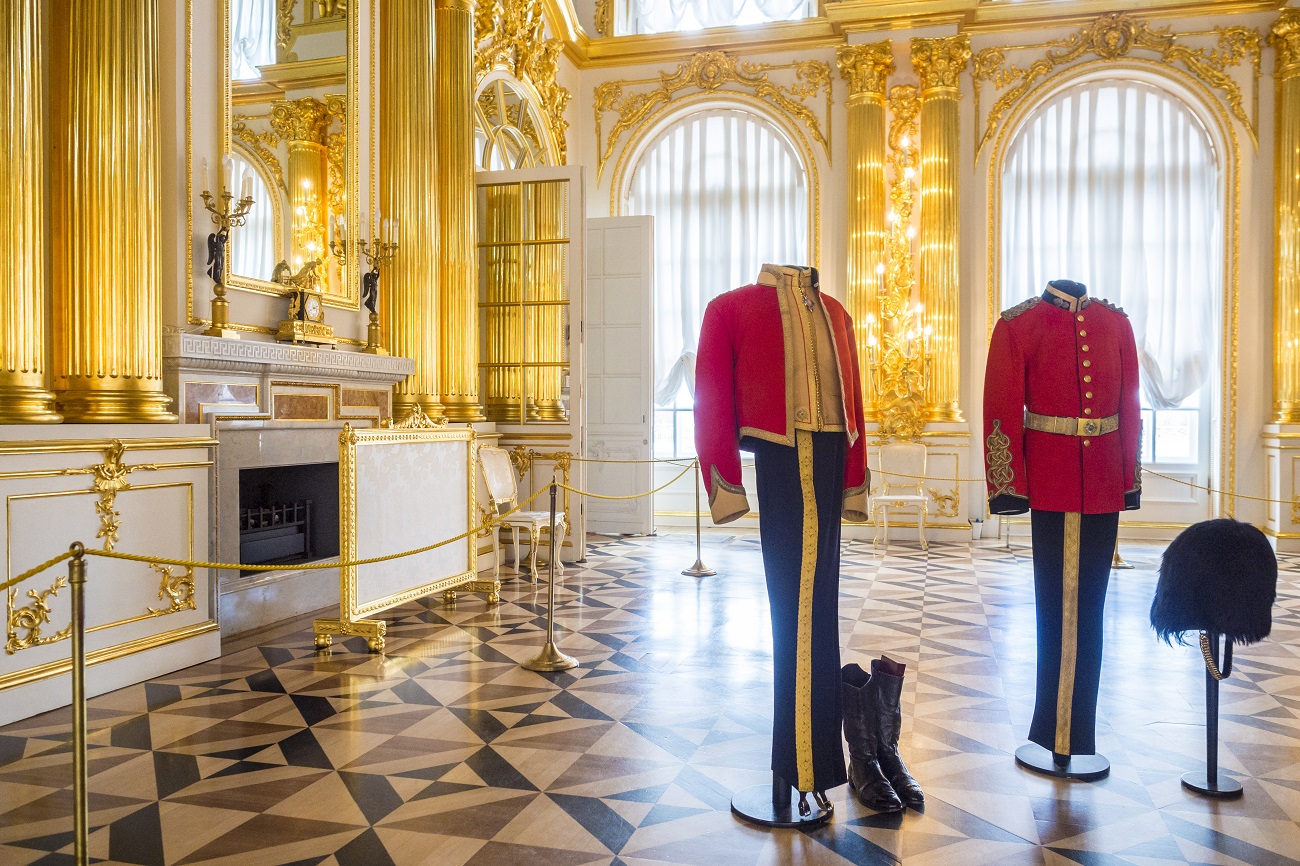 Tsar Nicholas was very impressed by The Royal Scots Greys and chose to wear his full dress uniform as colonel-in-chief at various events, including his and the Tsarina’s visit to Balmoral castle in 1896, on which occasion the Imperial escort was formed by a contingent of Scots Greys. That year he spent two weeks in Scotland and was greatly impressed, noting that “Scotland is a beautiful place, but it seems to be raining everyday”. // Uniform of the Colonel-in-Chief of the Royal Scots Greys (L) and a uniform of Nicholas II from the collection of Tsarskoye Selo museum. 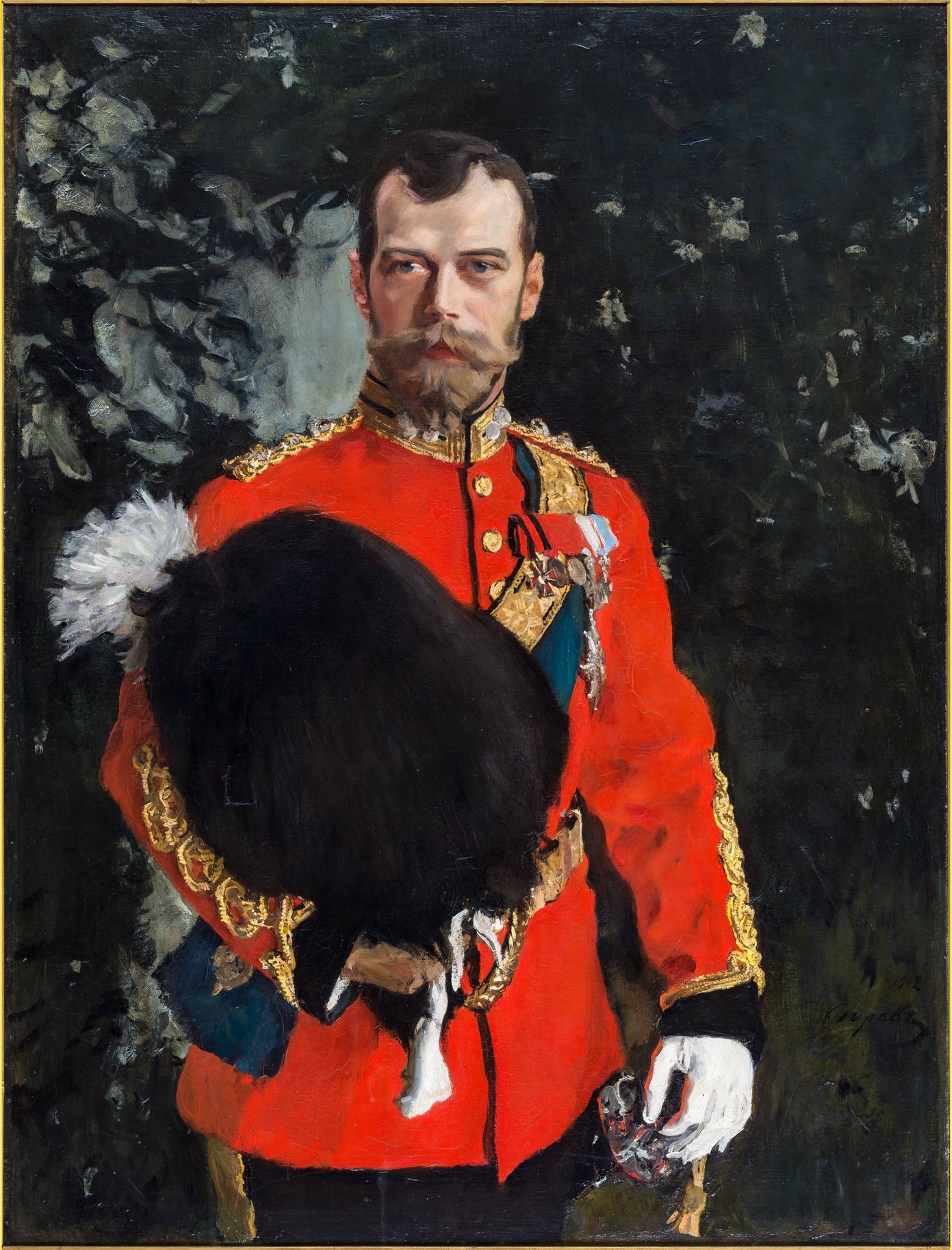 The painting is held in The Royal Scots Dragoon Guards Regimental Museum. 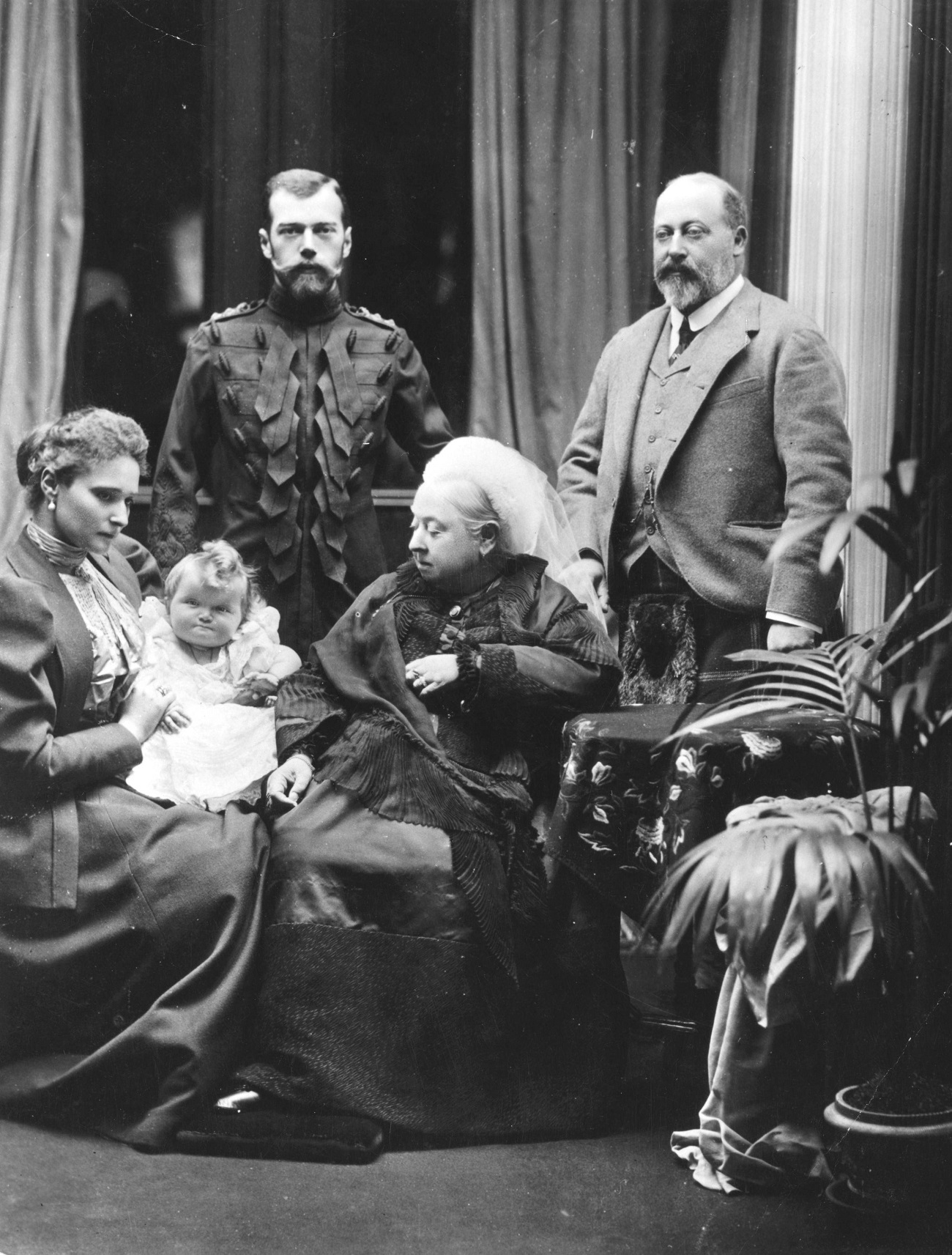 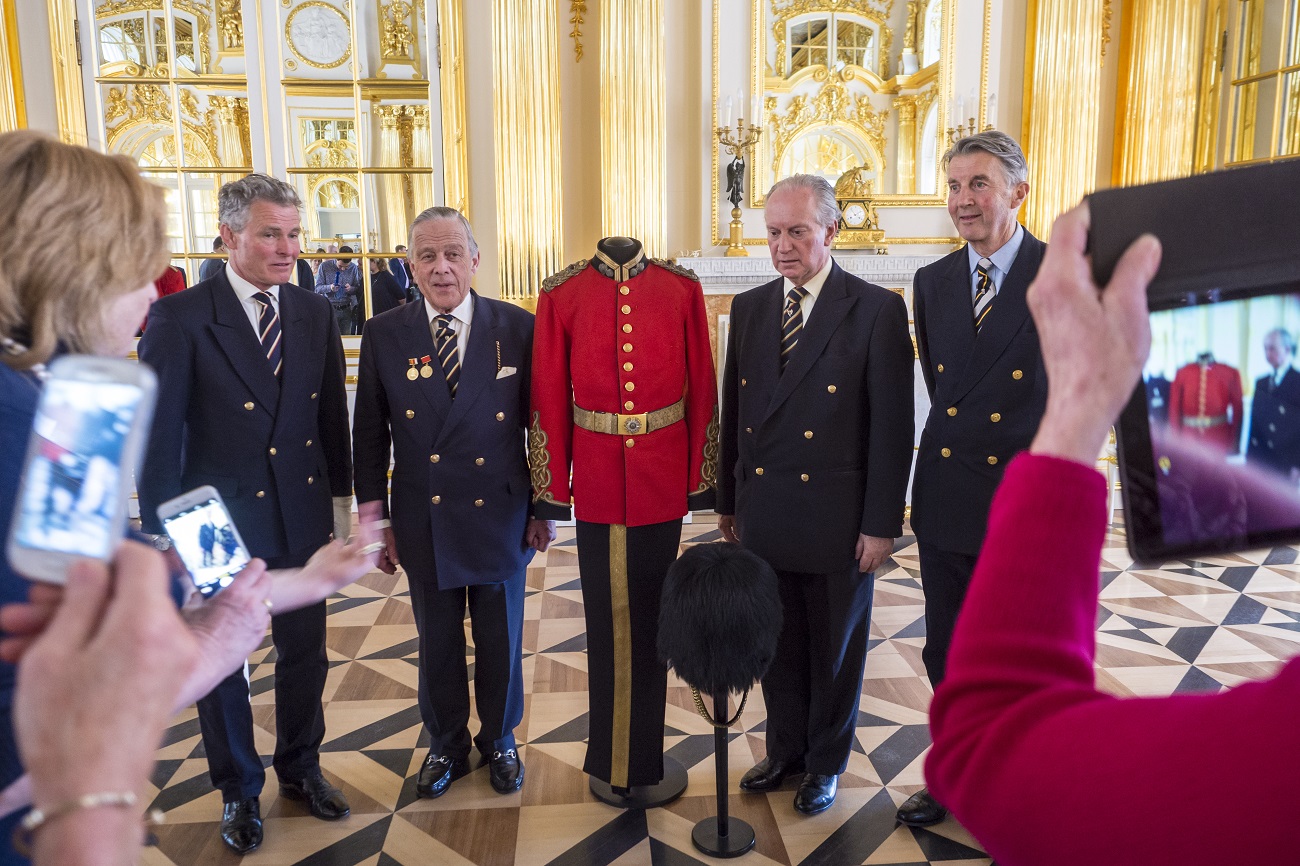 “The upper part of uniform and the boots belonged to Colonel Andrew Phillips, who commanded the regiment and also was in St. Petersburg in 1998 at the reburial of Tsar's family,” Major Robin Maclean, the head of the regiment’s museum at Edinburgh Castle, told RBTH. “The lower part (the trousers) and gold spurs belonged to Brigadier Melville Jameson, who was the colonel of the regiment. They’ve donated it to the museum. Nowadays it would cost about £3,300 ($4,100) to be made and every officer in the regiment must have one”. // L-R: Colonel Andrew Phillips; Brigadier Melville Jameson; Major Robin Maclean; Lt. John Trotter, posing for a picture with a uniform of Tsar Nicholas II. 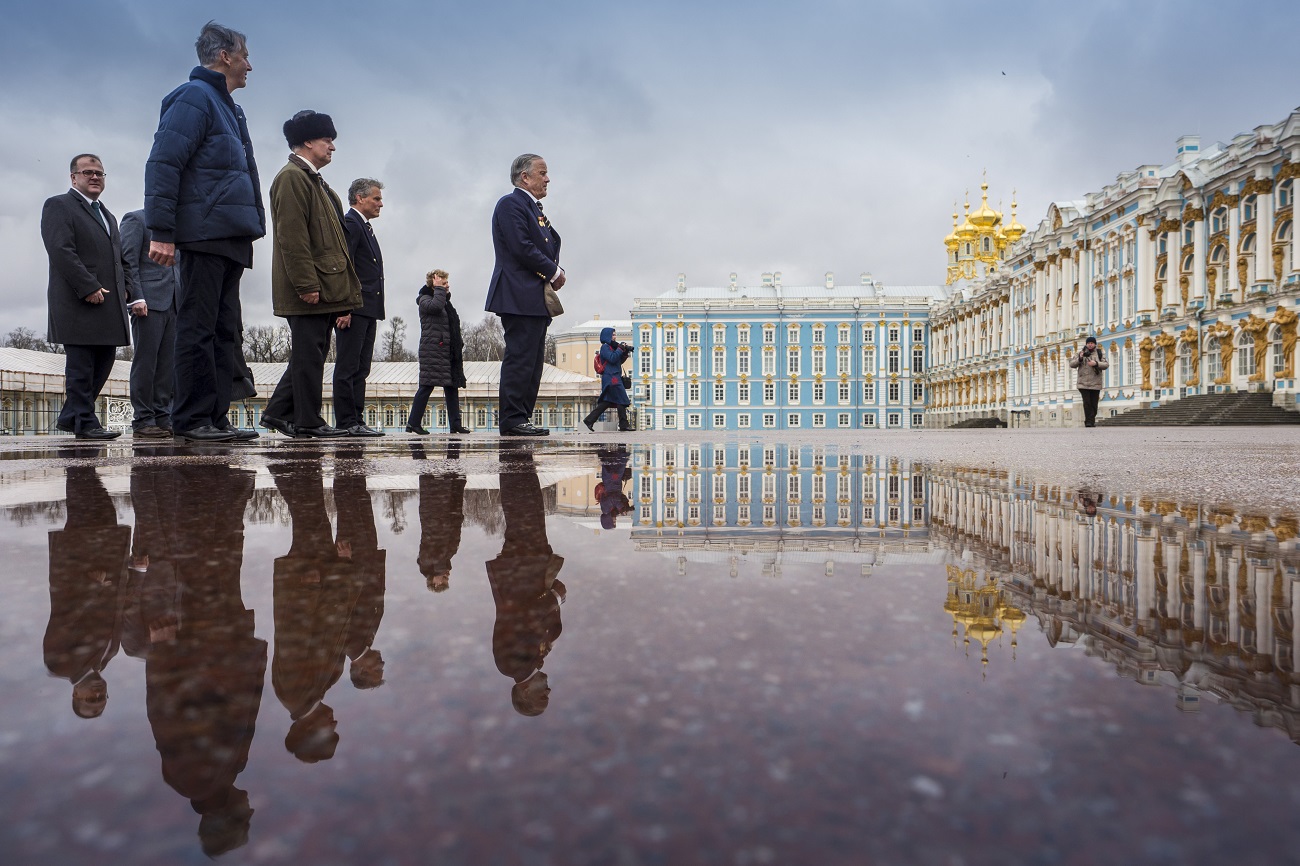 Brigadier Melville Jameson visited the Tsarskoye Selo museum for the first time. “I’ve been many times in Russia”, he told at the press-conference. “But it’s my first time in St. Petersburg. Originally I was looking for Russian bands, which could perform at the Royal Edinburgh Military Tattoo. And then for several years I’ve been involved into organization of Spasskaya Tower military tattoo in Moscow”, Jameson explained. // Brigadier Jameson standing on the front of the Catherine's Palace in Tsarskoye Selo. 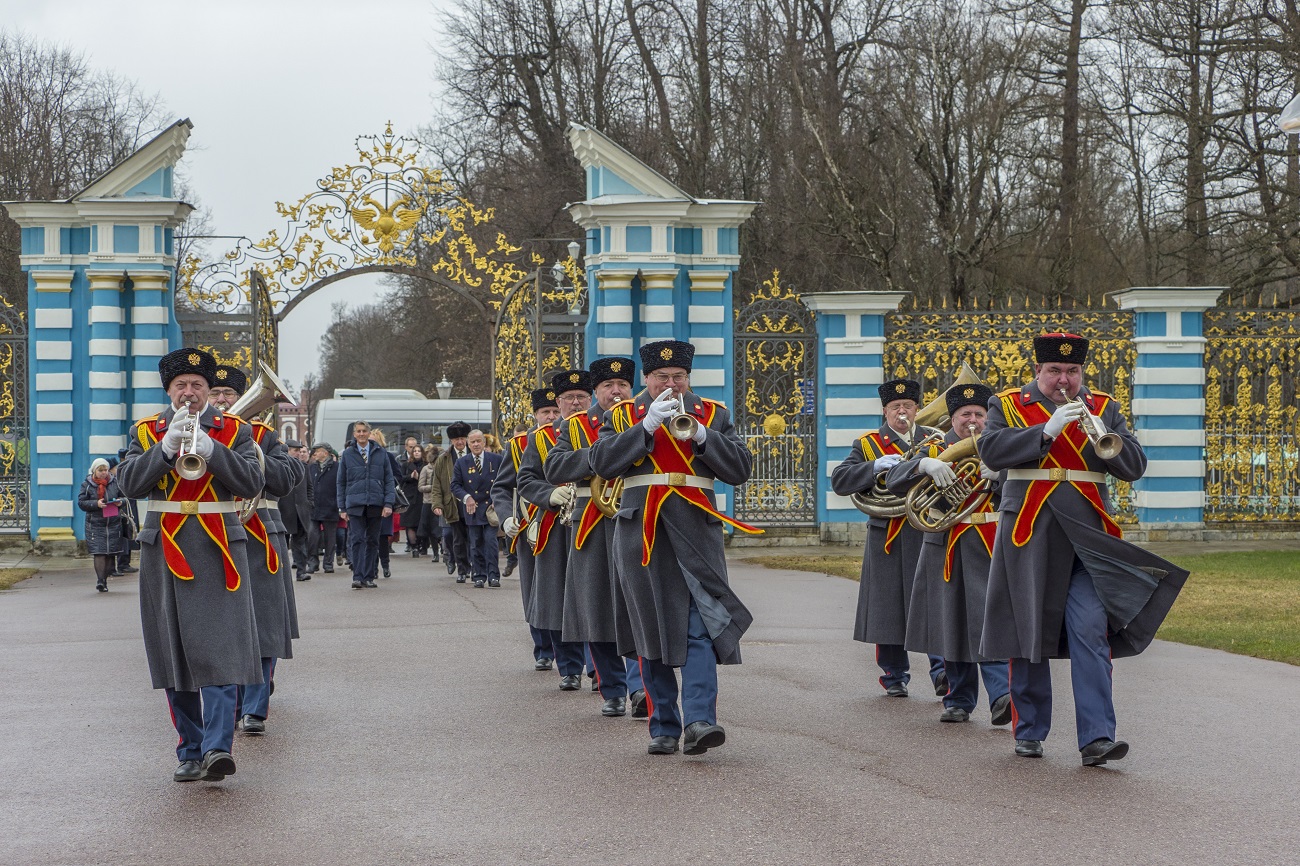 Last formal visit of the regiment members took place in 1895. They were greeted by the members of The Russian Imperial Guard and visited Tsarskoe selo, as their brother-officers did today. // Scottish guests were met with orchestra as 122 years ago. 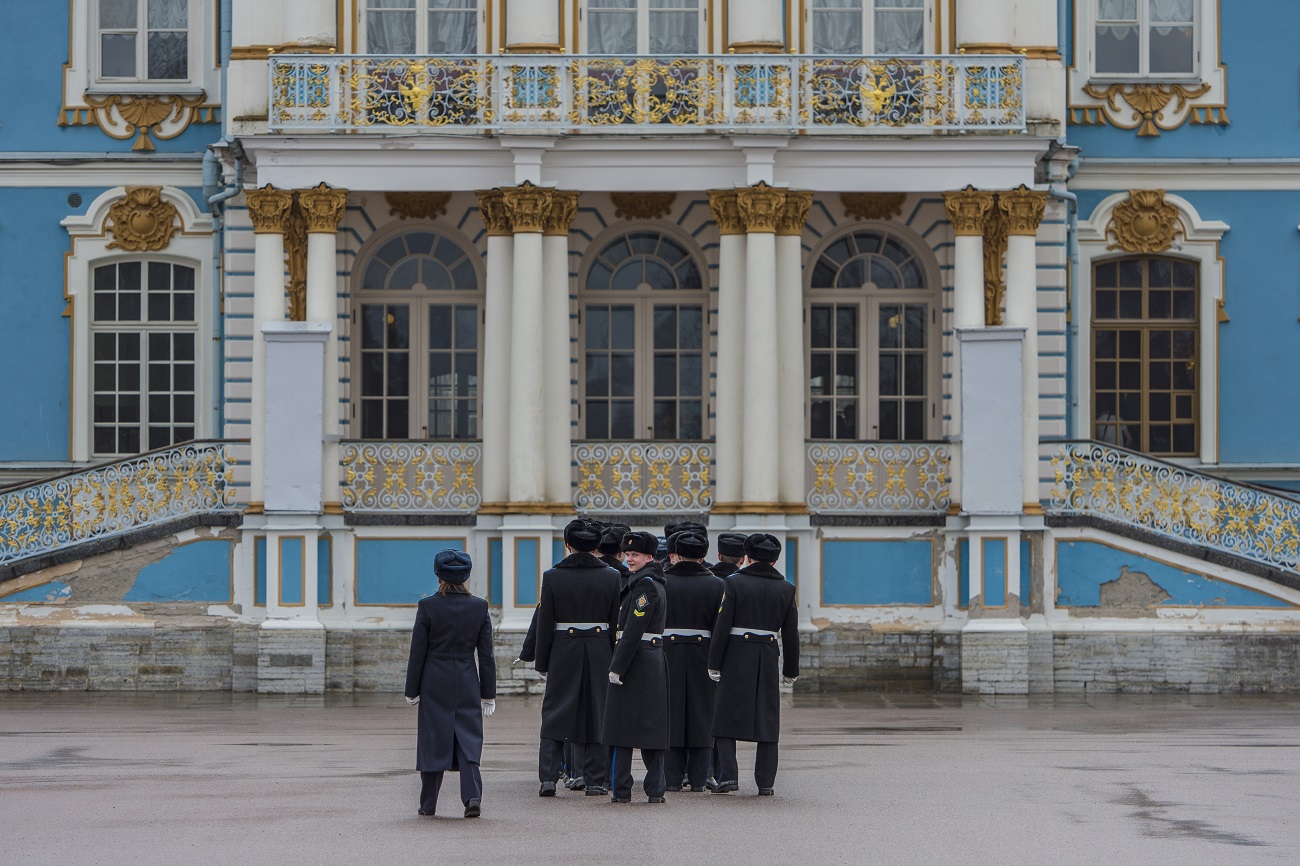