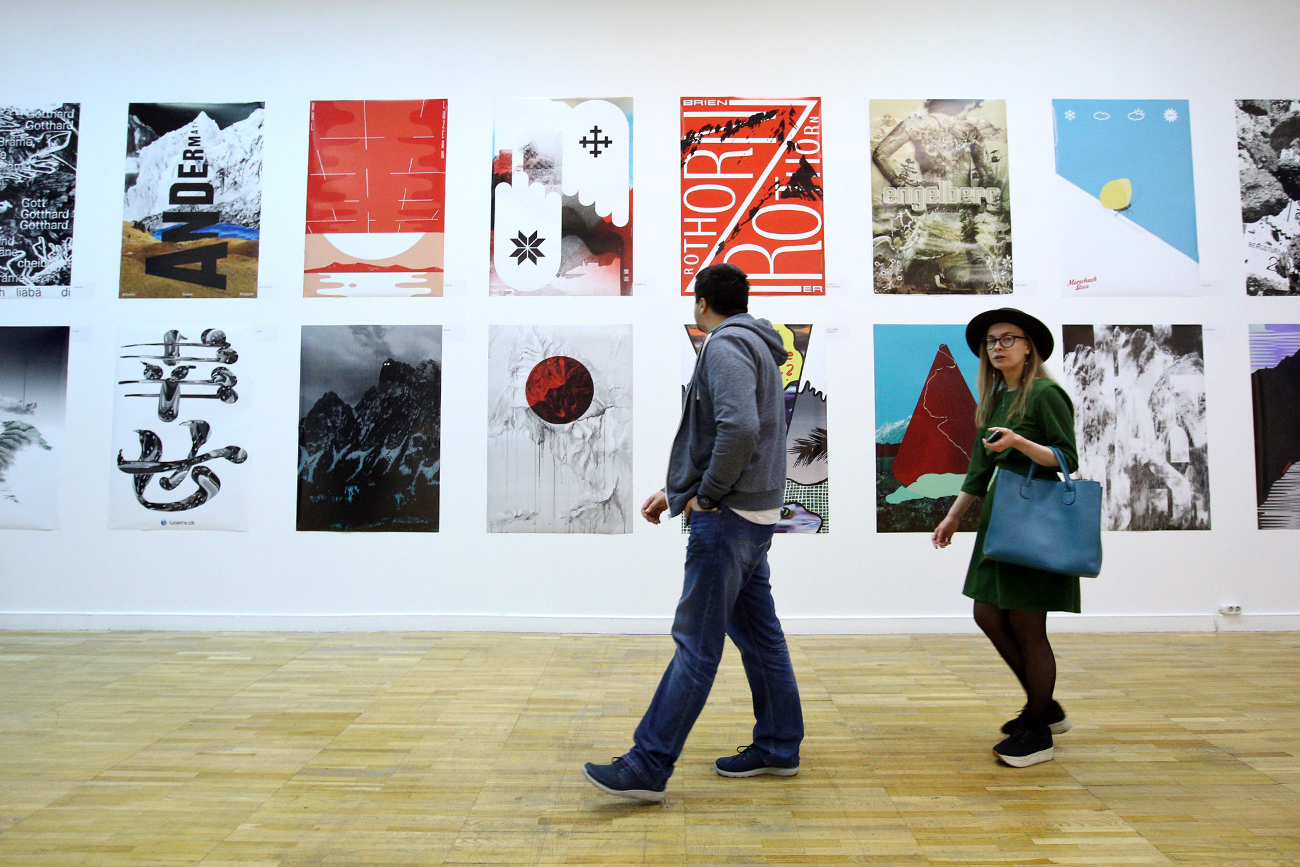 RBTH presents five of the most vivid prototypes from first Moscow Design Biennale.

Kirill Zykov/Moskva Agency
The first Moscow Design Biennale took place between April 11th and April 16th, showcasing a host of conceptual achievements ranging from graphic to industrial design. RBTH presents five of the most vivid prototypes from the exhibition. 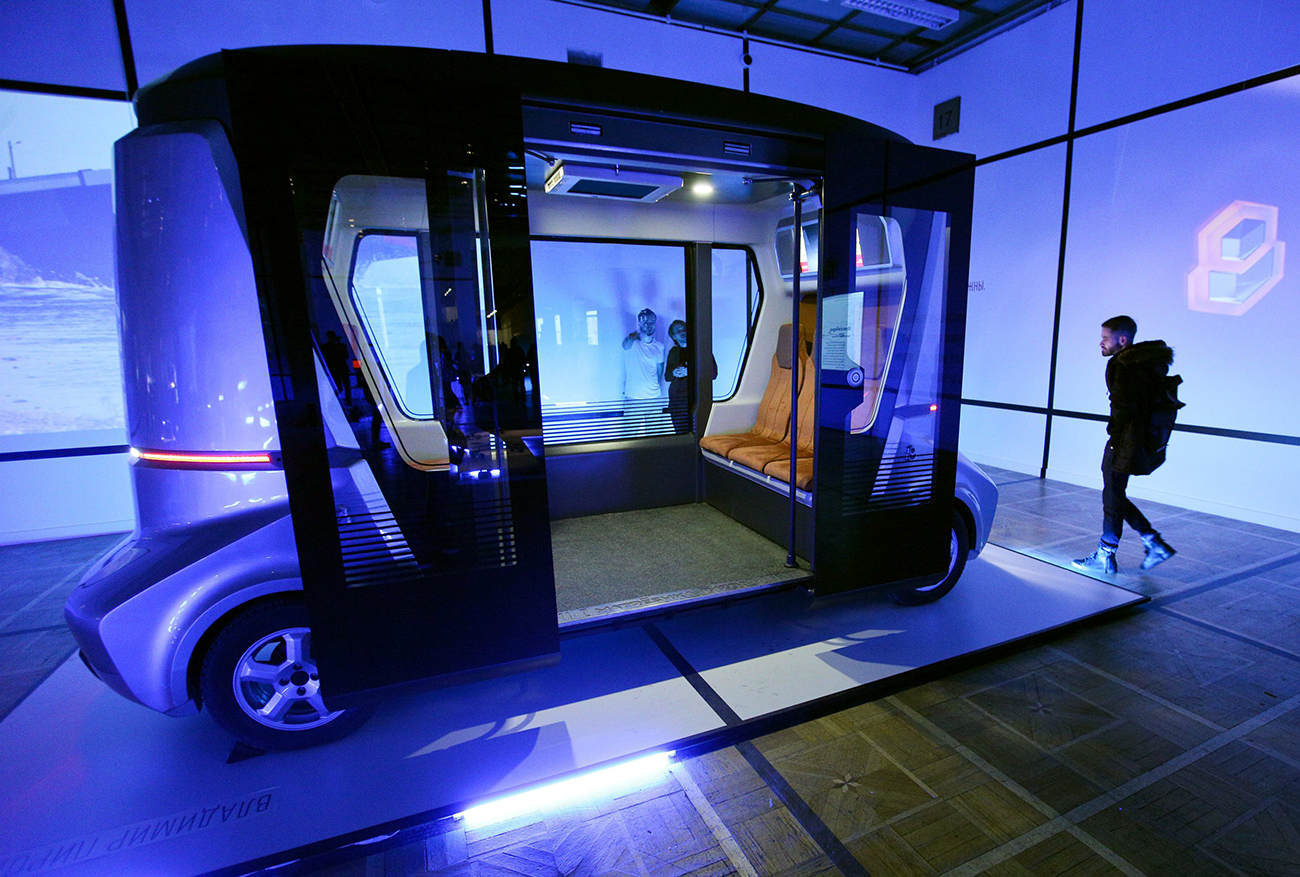 The first self-driving passenger bus, or smartbus as its creators refer to it, is a light metallic module construction that resembles a funicular cabin and is combined with advanced intelligence technology. Passengers sit opposite one another, as in a train compartment, which significantly increases the cabin's capacity. Monitors broadcasting information and media content are positioned on the cabin walls. There are also climate-control system panels. The bus has an electric motor capable of driving at speeds up to 30 kilometers an hour. An entire group of designers and engineers worked to produce the exterior of this innovative view into the future of transportation: Anton Kuzhilnyq, Olga Protopopova, Ivan Ruzaev, Grigory Reshetnikov. 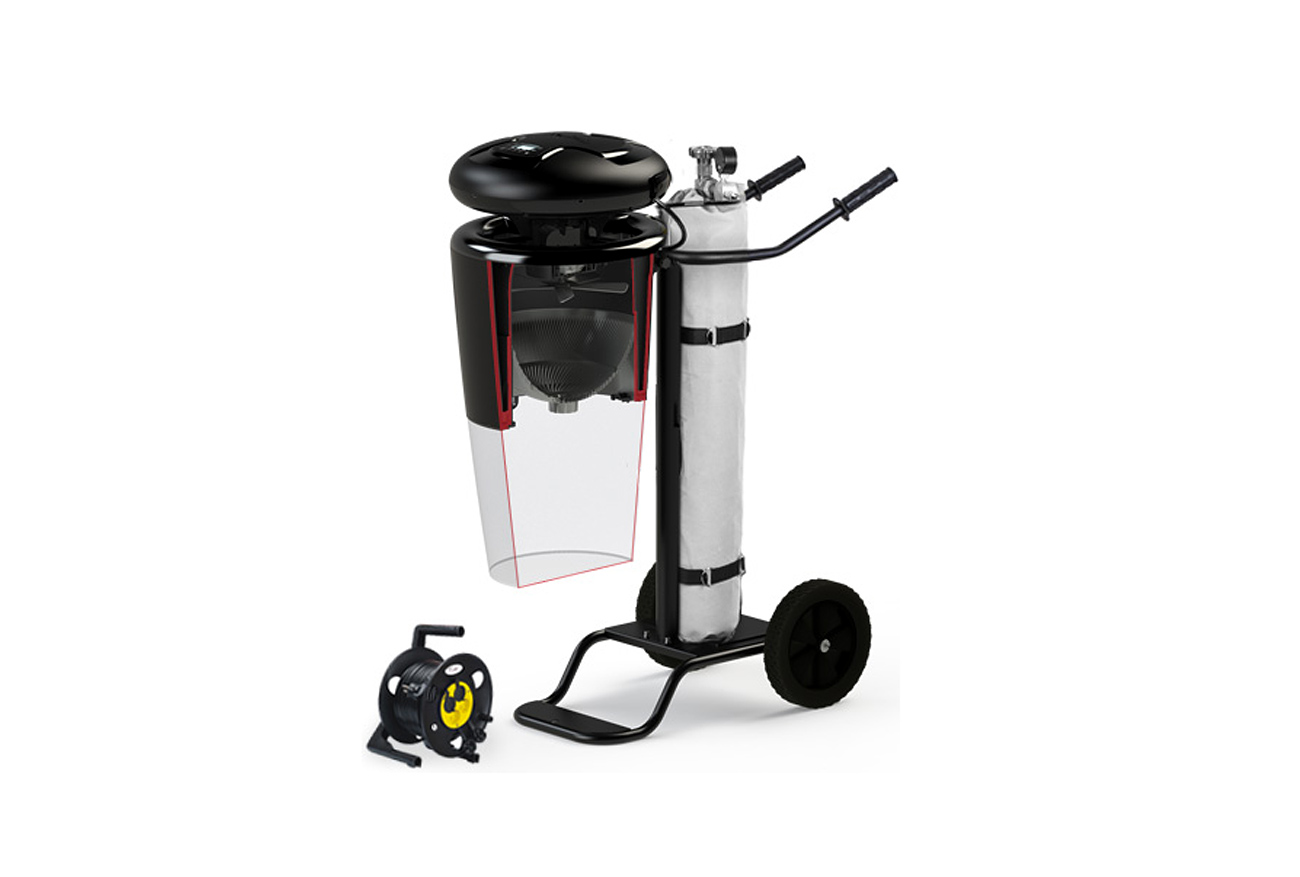 The developers claim that the AERO system kills only harmful, bloodsucking insects, leaving useful ones, such as bees, unharmed. Source: Press Photo

The AERO system is a device for killing mosquitoes in outdoor spaces up to 5,000 square meters. It lures the insects by imitating human life. It releases warm air, carbon dioxide and a special substance with an odor resembling human skin. A powerful ventilator then sucks the insects into a trap and channels them into a special isolation chamber. The developers claim that only harmful, bloodsucking insects are killed, while useful ones, such as bees, remain unharmed.

The device was produced by the Russian studio Smirnov Design. The AERO's body—except its mobile stand—is made entirely of a plastic that is protected from direct sunlight. The trap is equipped with an LED display, backlighting and a dual-zone timer that helps conserve gas. The developers created three speeds for the device, allowing users to control gas consumption. 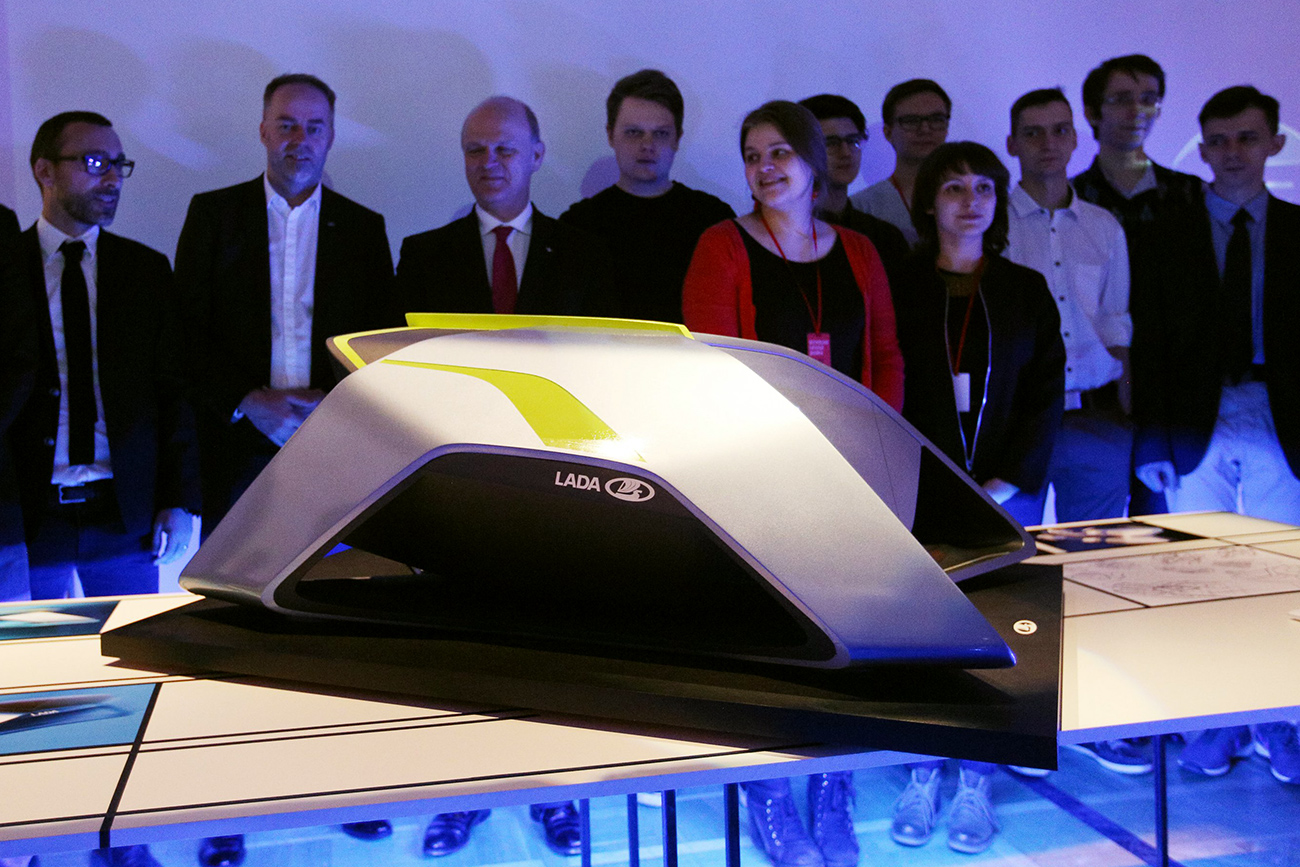 The Lada 2050 project is a demonstration of how Moscow Polytechnic University students envision Russian cars of the future. Vladimir Vorkunov, a student in the Master’s program, created the design. He created a monolithic construction in the form of the letter X, drawing inspiration from modern architecture, advanced technologies and Iceland's wilderness—gabled glaciers and the smooth lines of green hills. The futuristic car’s doors open vertically, similarly to an orchid, thus conserving space. According to the project description, holograms around the car will be used to increase the effectiveness of communication between people, cars and other moving objects. The project was created with the participation of the AvtoVaz Moscow design studio. 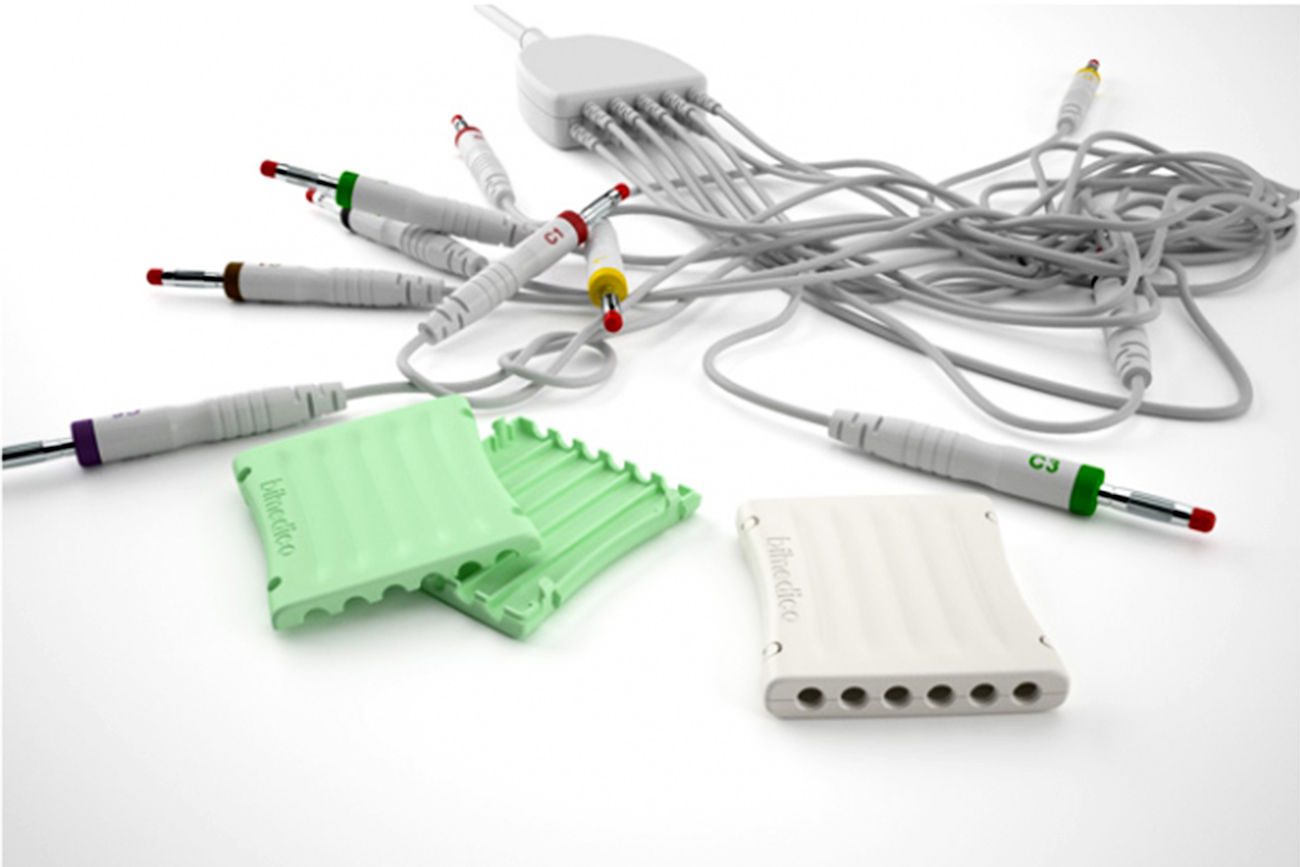 The Divider significantly reduces the time needed to prepare for cardiodiagnoses, not only by untangling the cables but also by conveniently orienting them in the doctor's hands. Source: Press Photo

The Divider Dimedico medical gadget was designed to quickly untangle the cardiograph cables used by medics in ambulances and with resuscitation machines. The Divider significantly reduces the time needed to prepare for cardiodiagnoses, not only by untangling the cables but also by conveniently orienting them in the doctor's hands. The device's design allows it to be installed on new machines and older ones already in use. 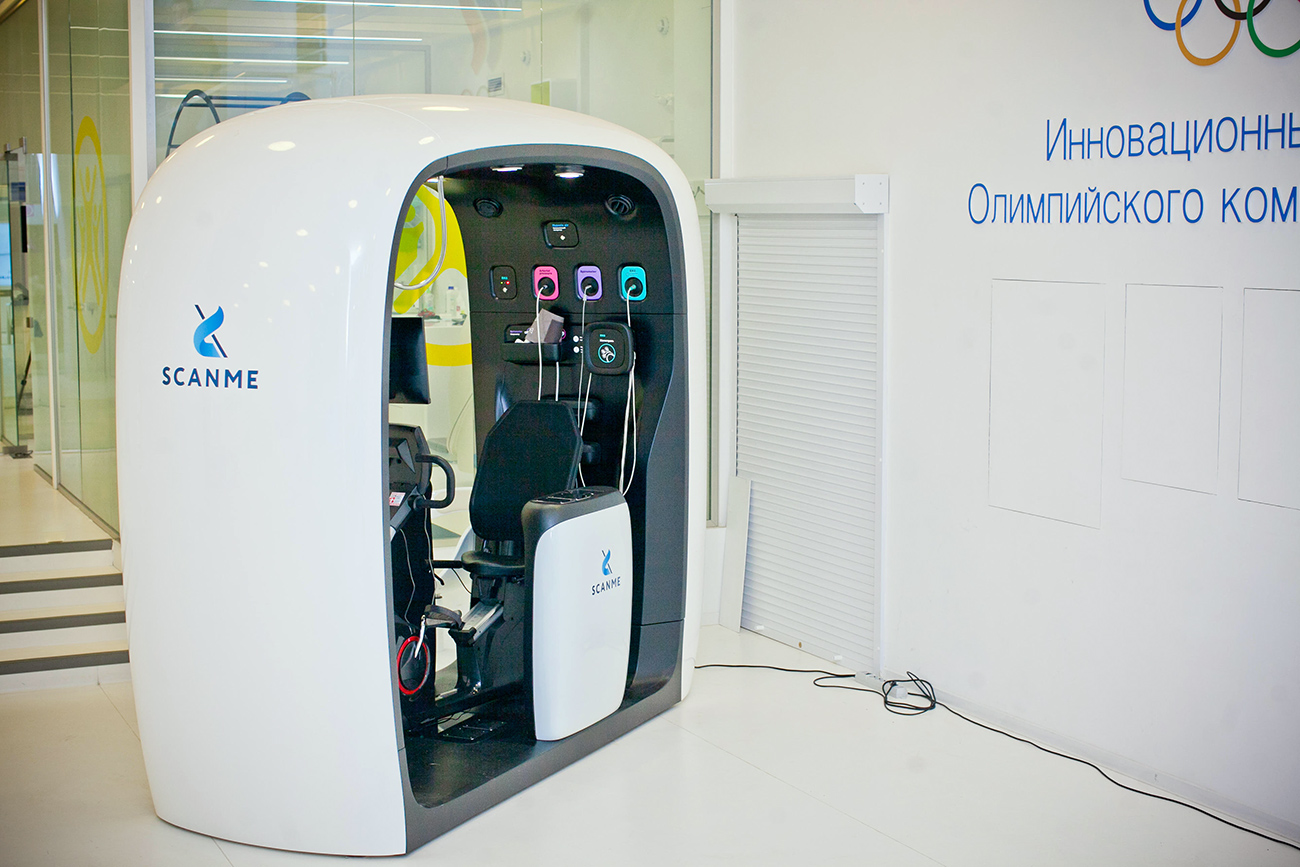 The SCANME developers claim that the device can conduct a full diagnosis within 30-40 minutes instead of the usual two to three days required when going to various doctors. Source: Press Photo

The SCANME device helps one conduct a wide-ranging diagnosis of their body with 93 tests that can be used to provide personalized recommendations for training loads, training types, nutrition and spa treatments. The system includes six blocs (measurements, analytics, diagnostics, correctional, systemic and a bloc for processing the information as a whole) in one metallic body-capsule. Thanks to a simple and minimalistic form, the apparatus is light and appropriate even for people with claustrophobia. Its developers claim that the device can conduct a full diagnosis within 30-40 minutes instead of the usual two to three days required when going to various doctors.