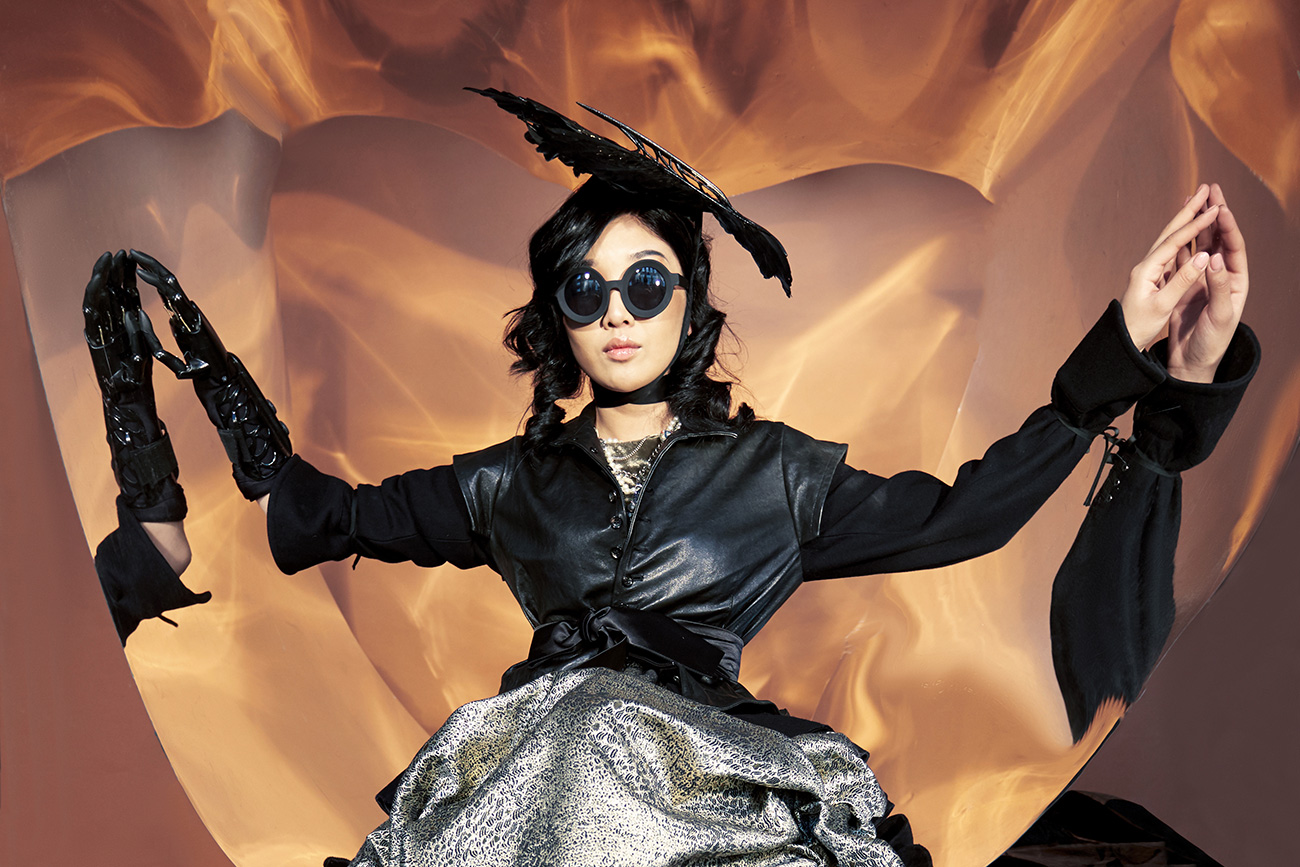 The designer, jointly with Motorica, is currently seeking ways to enable people using prosthetic devices to choose them as they would fashionable clothes or shoes: from the modest to the flamboyant.

Motorica
Modern prosthetic devices are not just able to restore lost function to people who have been injured but also give them completely new capabilities. And they can be a fashion statement too.

The fashionable prosthesis goes well with her little black dress and the feathery ornament in her hair. Model Aymana Moldabekova is being meticulously prepared to go out: Hair-do, make-up, a light white wrap and a black accessory resembling two wings mounted on her artificial hand.

Aymana happily poses in front of a white car and for selfies with guests during Mercedes-Benz Fashion Week Russia in Moscow. Soon she will take part in a photo shoot with a professional photographer and appear in a video. Given the natural way in which the model moves her black hand, guests think she is sporting a decorative glove rather than an artificial limb.

Designer Nikita Replyansky, 27, is responsible for developing Aymana's artificial hand. He works for Motorica, Russia's first start-up company manufacturing active prosthetic limbs. As distinct from a passive cosmetic prosthesis, an active limb allows the hand to be moved and to grip objects. The company was founded two years ago and artificial limbs of this kind are still a novelty in Russia. 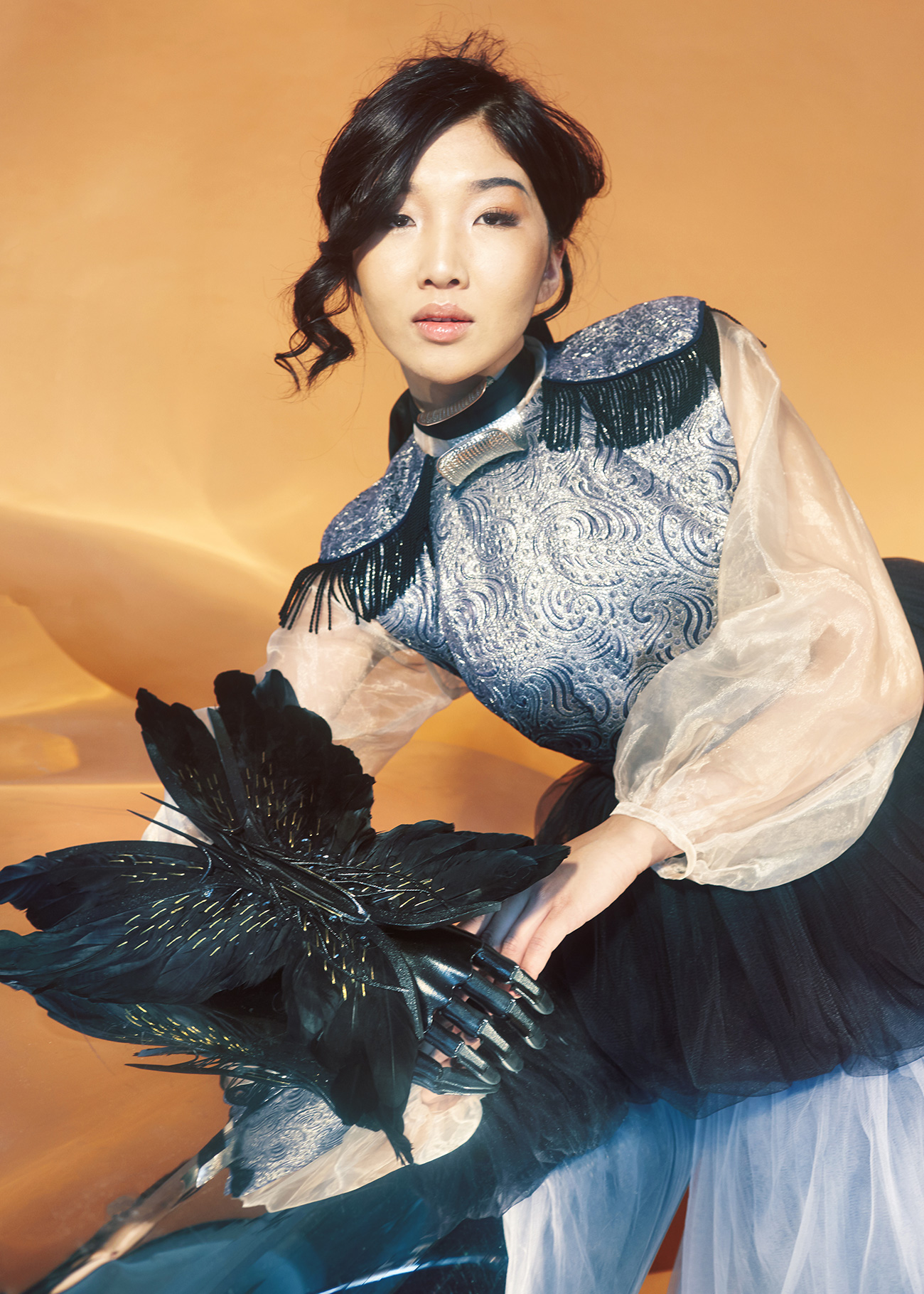 The company was founded two years ago and artificial limbs of this kind are still a novelty in Russia. Source: Motorica

Since 2015 Motorica has been specializing in prosthetics for children. Bright and colorful, they resemble construction kit components. The Motorica team has come up with a whole assortment of accessories to enable their young clients to feel like superheroes. For instance, a drone control unit or the mounting for a digital video action camera can be installed on the new hand.

Frequently a child comes up with an idea himself and Motorica puts it into practice. For example, a boy who liked cooking once asked for a kitchen spatula to be fitted, and now it is popular among children.

After the company mastered the manufacture of prosthetics for children, it moved into the adult market, Nikita says. He notes that people in Russia still have a wary attitude towards people with physical impairments, as if they do not know how to treat them. So the idea of the project was to turn artificial limbs into something attractive that offered the possibility of self-expression.

The designer has two main routes towards establishing points of contact with the world of fashion: Wearable electronics (or the prosthesis-gadget) and prosthesis as a fashion accessory. In the first category, Nikita developed a prosthesis with built-in MIDI synthesizer. By pressing buttons on the prosthesis, its owner, Konstantin Deblikov, can play it like a musical instrument. Nikita wanted to install a touchpad, but Konstantin lacks both hands, and a touchpad only reacts to skin. So the designer chose buttons for his first prototype. 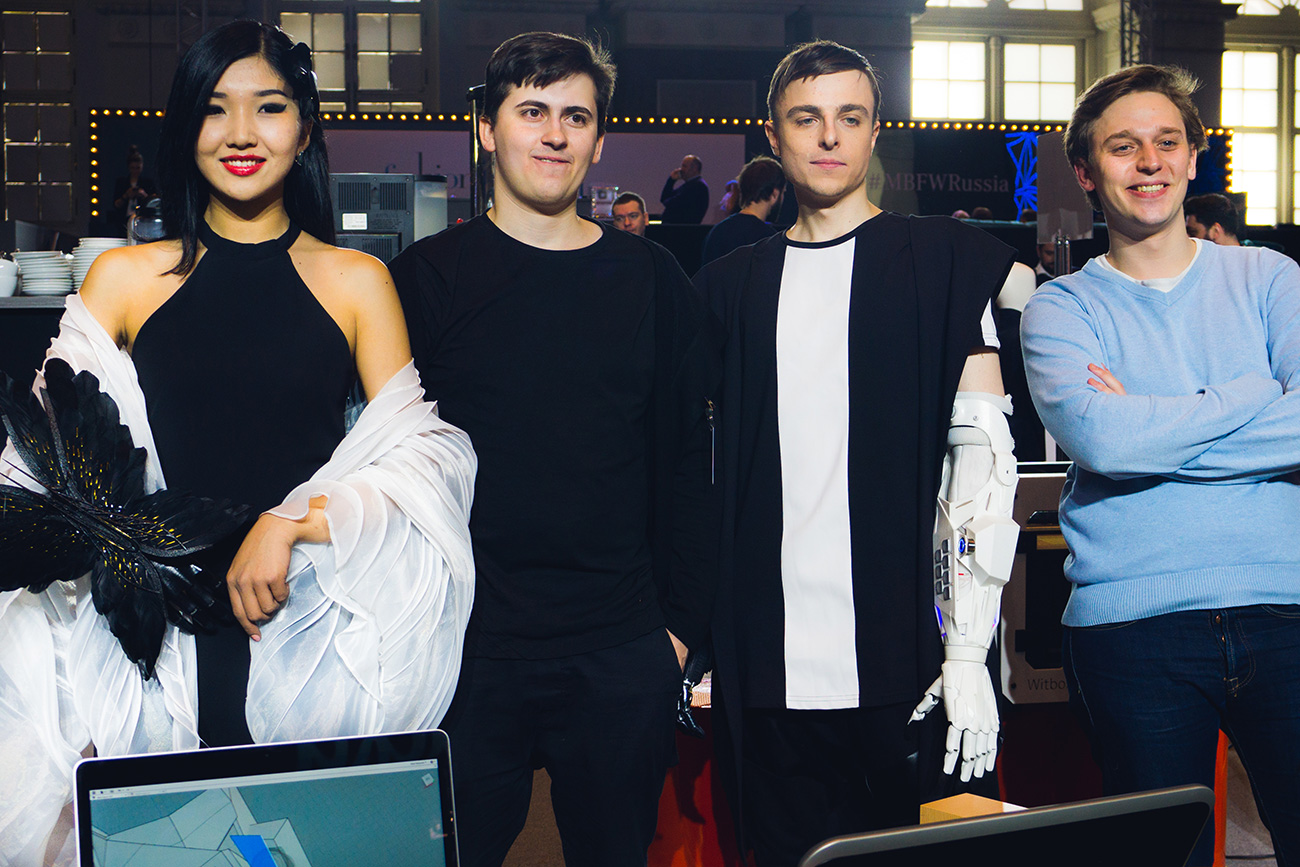 The company developed a prosthesis with built-in MIDI synthesizer. By pressing buttons on the prosthesis, its owner, Konstantin Deblikov, can play it like a musical instrument. Source: Motorica

For the prosthesis as fashion accessory Nikita chose black, the fashion world's classic color. He decorated the hand with feathers in the shape of a pair of wings. Model, Aymana Moldabekova is from Kazakhstan. She traveled especially to Moscow for the event. She is attracted by a career in the fashion world, although currently her studies in the field of thermal energy take priority. "That would be cool. I'd really like to travel to different countries," says Aymana, talking about what she dreams of doing. She was preparing for casting for Kazakhstan Fashion Week and was fretting about her weight and height, but says she regards her artificial hand as one of her advantages. After she took part in Mercedes-Benz Fashion Week Russia, several designers expressed an interest in her.

Based on the reactions of people who came to the stand, Nikita is convinced the project was a success. "People did not realize in the majority of cases that they were artificial limbs. They were interested in pressing the buttons and looking at the feathers. And it was only then that they realized they were touching a prosthetic device and that the wearer did not have a hand. They were really nonplussed: Half shocked and half delighted. I believe that the people who experienced it will recall this demonstration next time they see a person with an impairment," he says. 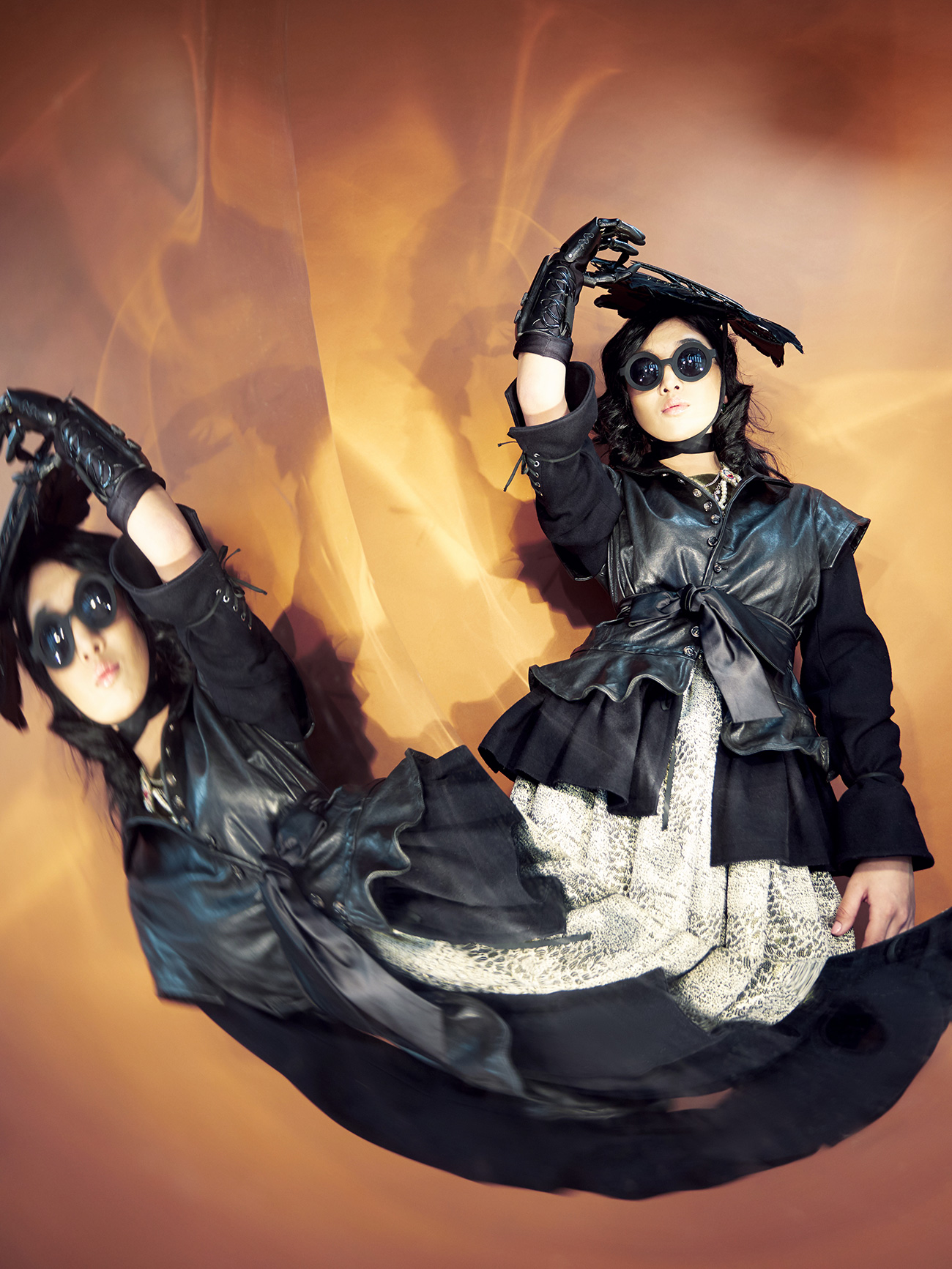 For the prosthesis as fashion accessory Nikita chose black, the fashion world's classic color. He decorated the hand with feathers in the shape of a pair of wings. Source: Motorica

The designer, jointly with Motorica, is currently seeking ways to enable people using prosthetic devices to choose them as they would fashionable clothes or shoes: From the modest to the flamboyant. Motorica's children's prosthetics look similar to items from a sports or toy store, while adults need something different, believes Nikita. The designer sees the adult prosthesis as something more severe and minimalist, blending in with everyday clothes.

It is not very clear at the moment to what extent Russians will be willing to pay additional attention to prosthetic devices. Designer items might be attractive in Moscow and St Petersburg, but in the regions people with impaired physical abilities prefer not to stand out, and they need to be given this opportunity, Nikita notes.

Each artificial hand is made individually, taking into account the particular configuration of the owner's hand and type of injury. Measurements are taken and the design developed. Parts are later produced on a 3D printer and assembled into a semi-finished article. Finally, the casing is made to which the prosthesis is attached. The cost of the finished prosthesis is around 100,000 rubles ($1,785), although Russian citizen are eligible to apply for free ones through the Social Insurance Fund.