The story of Stalin's most successful saboteur 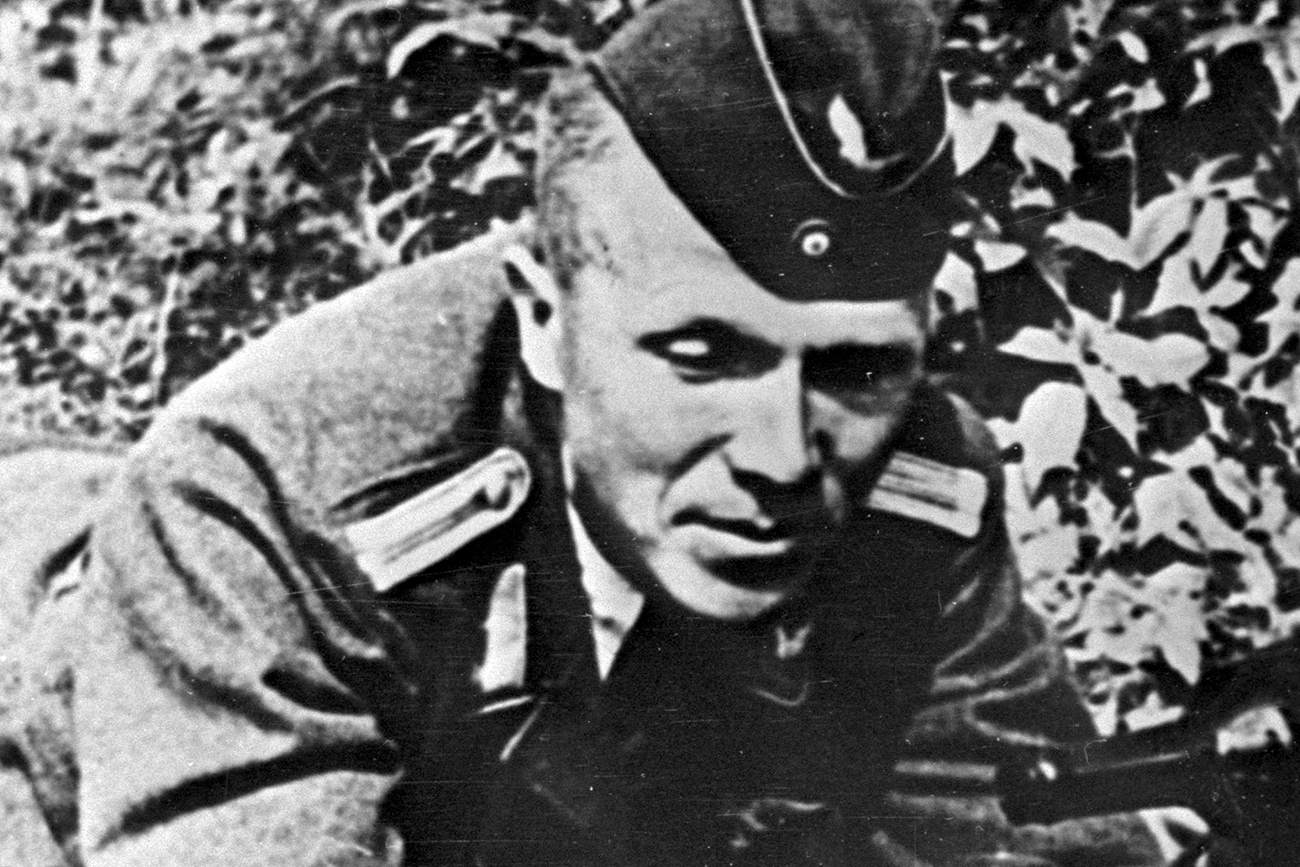 It was hard for somebody who had never even been to Germany to pose as a German. Kuznetsov had to examine his every move. Photot: A Soviet guerrilla and scout Nikolai Kuznetsov in a German officer uniform.

RIA Novosti
The year 1947 saw the release of a film classic, the war adventure movie, "Secret Agent," which captured the imagination of generations of young Soviet boys. At the time, very few people in the USSR had heard of Nikolai Kuznetsov, the man whose life story became the inspiration for the main character of this film. Despite that, this is a rare instance where the real man actually accomplished far more heroic deeds than the fictionalized character.

Nikolai Kuznetsov spoke six different dialects of German. He identified the dialect of the person he was speaking with, which revealed their origin, and would then switch to another one, so as to avoid being recognized as someone from the same region. There was a simple reason for this. Kuznetsov was a spy who pretended to be an ethnic German, despite the fact that he had never actually been to Germany. He switched dialects like this because he could have easily been found out if he failed to know the little, specific details that anyone from a particular place would know.

Unlike many other spies, whose operations remain classified, Kuznetsov is quite well known. That said, the authors of Kuznetsov's official biography (in Russian), Alexander Lukin and Teodor Gladkov (who later became a famous expert in the history of secret services), made a point to avoid disclosing details regarding his family origin and an arrest that happened in the late 1920s. They did this because it was otherwise impossible to make an ideal Soviet hero out of Kuznetsov, as he came from a wealthy family, his father had supported the Whites in the Russian Civil War and he did not want to join a collective farm. 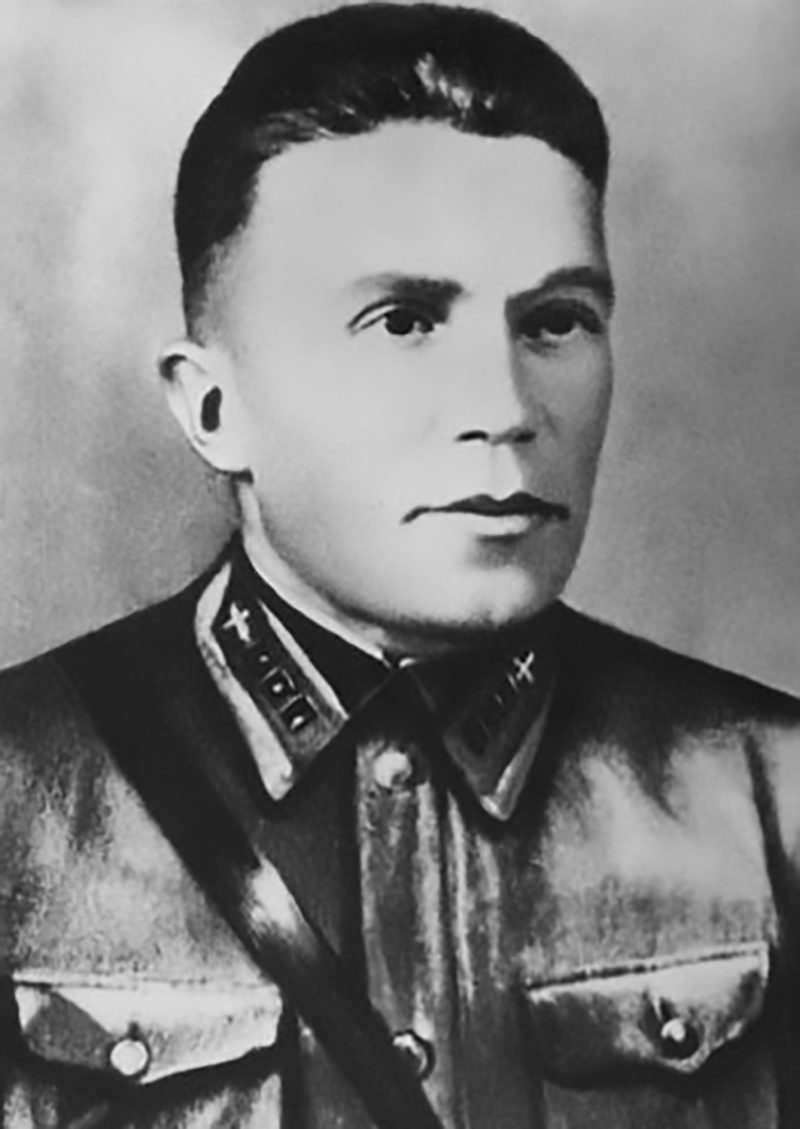 Authors of Kuznetsov’s biography avoided disclosing details regarding his family origin as it was otherwise impossible to make an ideal Soviet hero out of Kuznetsov, as he came from a wealthy family, his father had supported the Whites in the Russian Civil War and he did not want to join a collective farm. Photo: Nikolai Kuznetsov/Archive Photo

At the same time, it was precisely because of his family's wealth and position that Kuznetsov was able to get an education despite growing up in the far-flung Siberian village of Zyryanka, located 2,200 km east of Moscow. His parents were able to send him to a small town 100 km from his home where there was a secondary school with good teachers. There, Kuznetsov began to demonstrate his unique linguistic ability and practiced his German with the only two ethnic Germans in the village, an apothecary and a forester.

However, it turned out that skilled linguists were not in very much demand in Siberia during the 1920s. Kuznetsov entered vocational school but was prevented from finishing because of his family background and instead went to the Komi republic to work for a logging company. Bad luck followed him there, and he was arrested and sentenced to a year of corrective labor for "keeping company" with the thieving management of the logging company.

A long journey to the capital

Following the breakup of the USSR, Kuznetsov's biographer Gladkov revealed (in Russian) that it was while he was working in Komi that Kuznetsov caught the attention of the security services. The local branch of the secret police, the NKVD, took notice of this young man who had managed to learn the local Komi-Permyak language in only one year, spoke perfect German, and had once overpowered a gang of muggers. 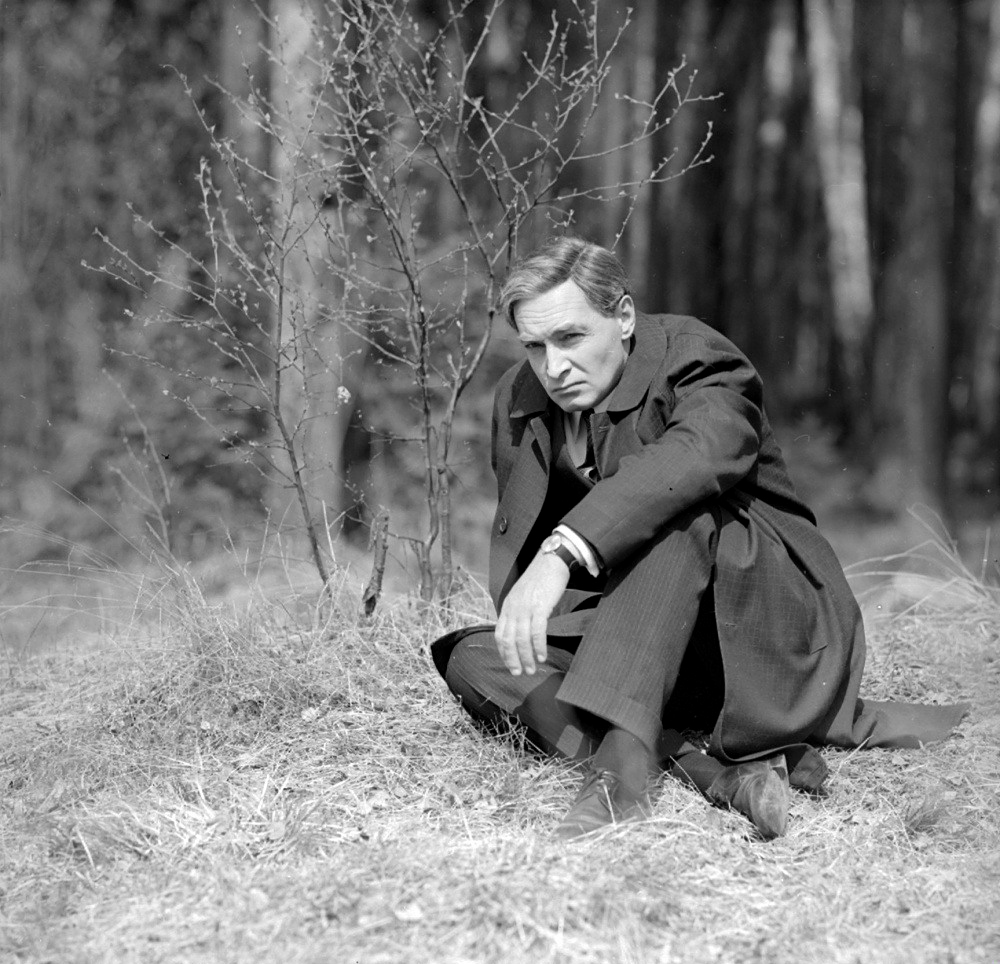 Kuznetsov began to work with the security services, first working undercover in Komi and the Urals, where he fought bandits and kept an eye on foreigners who came to the region. It should be noted that following perestroika, a number of human rights organizations investigated political reprisals in Komi and tried to blame Kuznetsov for the arrests of Komi-Permyak nationalists. However, they ultimately failed to provide enough evidence of this.

In 1938, the central apparatus of the NKVD faced severe personnel shortages due to the purges, and Kuznetsov was sent to work in Moscow. He was given a unique post as an undercover secret agent operating under the name of a Soviet-German, Rudolf Schmidt. He was given an apartment in central Moscow and a certain freedom of action. Prior to World War II, Moscow was visited by many delegations from Hitler's Germany and Schmidt (Kuznetsov) was very good at establishing contact with these engineers, military men, and diplomats, who took him to be a fellow German. 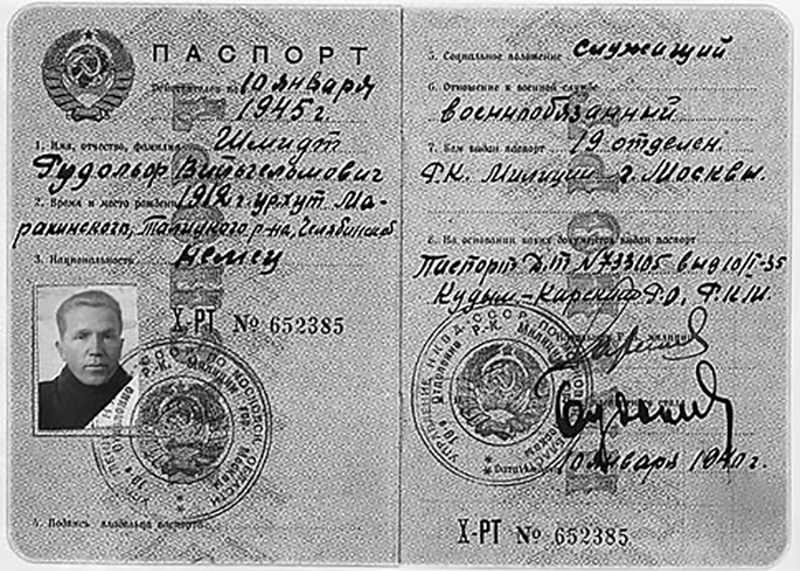 In 1938, the central apparatus of the NKVD faced severe personnel shortages due to the purges, and Kuznetsov was sent to work in Moscow. He was given a unique post as an undercover secret agent operating under the name of a Soviet-German, Rudolf Schmidt. Source: Archive Photo

Life as a saboteur

When the war began, Soviet sabotage capabilities still left much to be desired. The USSR had been preparing for an offensive war, not a defensive one. In his book, Sabotage Behind Enemy Lines (in Russian), the well-known secret service historian, Alexander Kolpakidi, cites an NKVD directive that gives a good idea of the state of affairs in July 1941: "Detachments and groups are being put together hastily, literally in a matter of a few hours, out of people who do not know each other and who do not know how to handle weapons." These new units were being created with urgency and work behind enemy lines was entrusted to professionals, one of whom was Kuznetsov. For a while, he "trained" in a prisoner-of-war camp, and in the summer of 1942, he turned up near Rivne, located in Poland at that time, with papers bearing the name of Oberleutnant Paul Siebert.

It was hard for somebody who had never even been to Germany to pose as a German. Kuznetsov had to examine his every move. For example, when ordering three mugs of beer from a barman, Russians show their thumb, middle and index fingers, while Germans lift their index, middle and ring fingers. One slip of concentration, or one wrong step, and he would immediately fall under suspicion. Yet, Kuznetsov became a master of the German culture of alcohol consumption, and it was by getting a major from the German army drunk that he found out about a planned assassination attempt on the leaders of the anti-Hitler coalition in Tehran. Of course, as Kolpakidi wrote (in Russian), "an officer who gathered information in bars and restaurants in Rivne could find out a lot, but nothing top secret." Still, the numerous tidbits collected by Kuznetsov were used by analysts in Moscow to form a clearer picture of German plans. 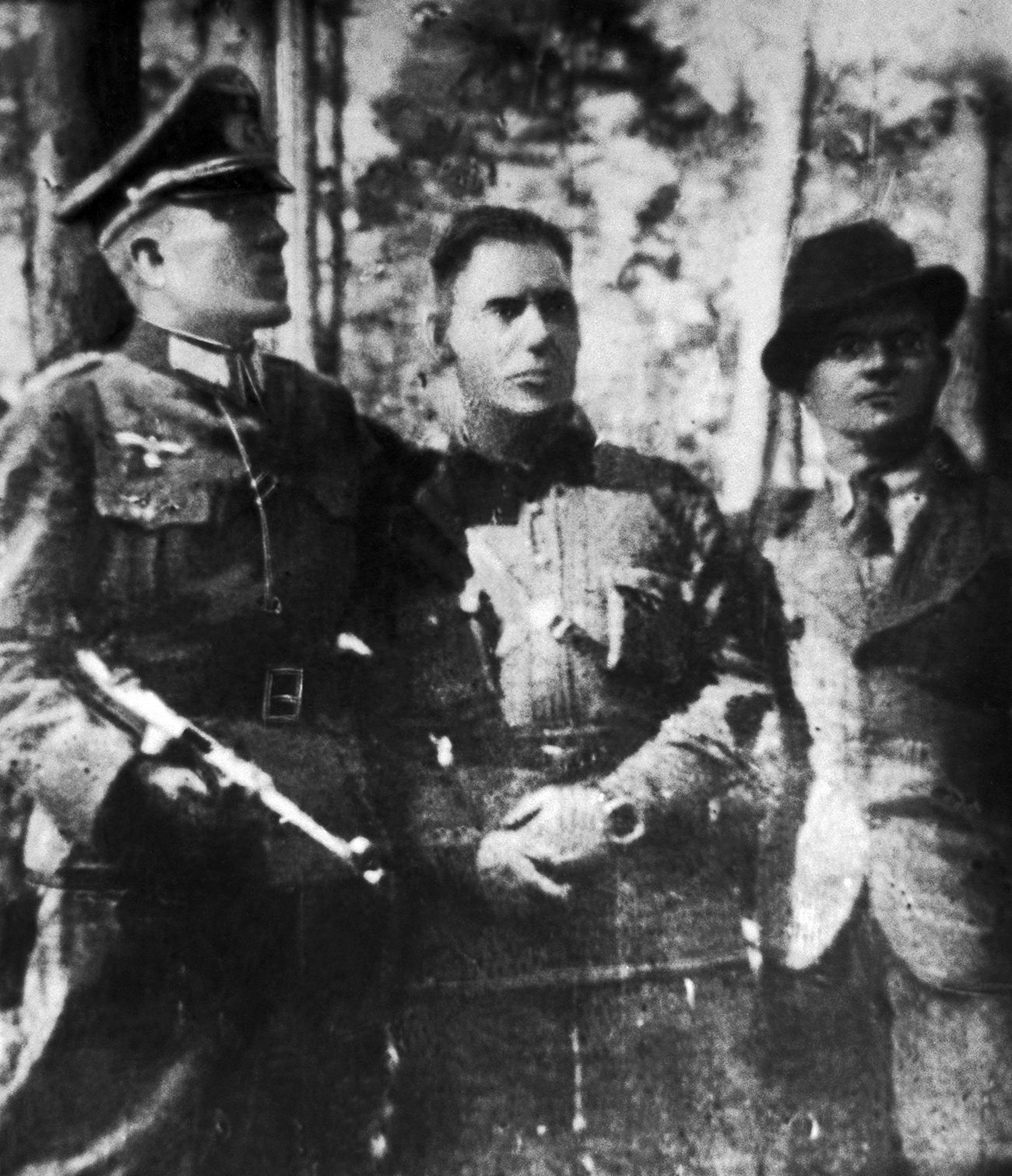 It was hard for somebody who had never even been to Germany to pose as a German. Kuznetsov had to examine his every move. Source: Pyotr Zdorovilo/TASS

Meanwhile, in Rivne, Kuznetsov (under the name of Siebert) continued to hunt for high-ranking German officials and officers who were responsible for crimes against civilians. However, by early 1944, after a wave of assassinations carried out by Kuznetsov, the circle around him began to shrink. He "promoted" himself to the rank of captain and moved to Lviv, where he carried out several more high-profile acts of sabotage. It was then that he decided to make his way back to Soviet territory.

At first, good fortune continued to follow Kuznetsov. He and his team managed to break through the checkpoints and leave the city. However, in the small village of Boratin at the front line, Kuznetsov came across Ukrainian nationalists, who by that stage in the war were barely under the control of their Nazi supervisors. In the clash that ensued, Kuznetsov and his associates were killed.

Many years later, Kuznetsov's former supervisor General Pavel Sudoplatov wrote in his memoir, Intelligence Service and the Kremlin, that Kuznetsov had been killed by his "excessive faith in his good luck." Still, this good luck was really a consequence of his composure, careful preparation and readiness to fight for his country. After all, as the hero of the film Secret Agent, who was based on Kuznetsov, says in the film: "A real spy must love their Motherland very much."

Read more: Agent Kent: The rise and fall of the man who led the USSR’s ‘Red Orchestra’>>>