Culture
Irina Osipova
On May 31, 2017, the world-famous Pushkin State Museum of Fine Arts in Moscow will celebrate 105 years since it first opened its doors to the public. Here are the top five reasons to visit. 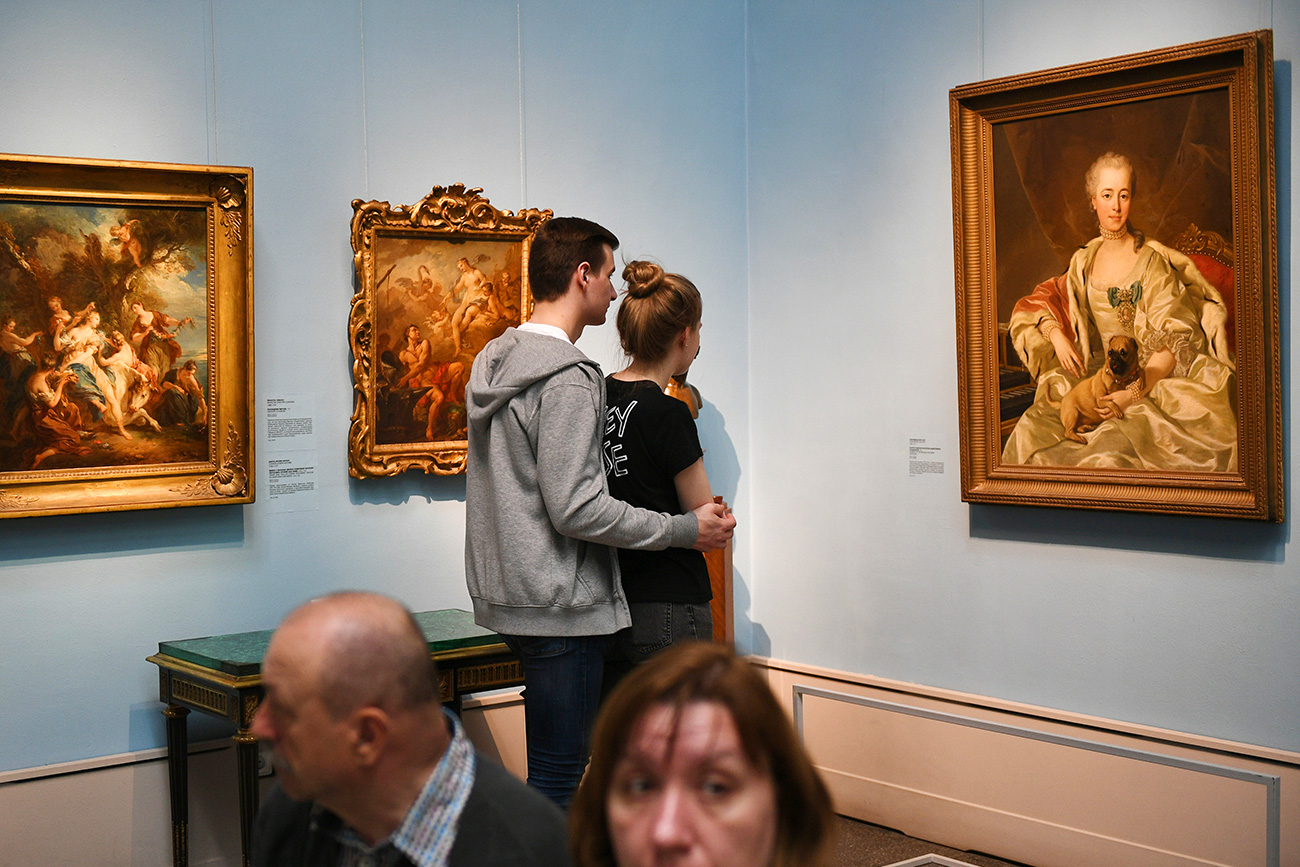 The Pushkin Museum was created as an educational and training establishment for artists and art students. / Source: Maksim Blinov/RIA Novosti

Today, the Pushkin Museum, along with St. Petersburg's Hermitage Museum, is known for housing Russia’s largest collections of prized Western art, which spans a broad range of periods from ancient times to the modern day. The museum is located within walking distance from the Kremlin and the Multimedia Art Museum, another famous institution. The Pushkin Museum is home to ongoing exhibitions of ancient and contemporary art and offers guided tours in English, French, German, Spanish, Italian, and Chinese. Tourists from all over the world visit this museum to marvel at its treasures, and here are some of the reasons why.

1. See the Parthenon and Michelangelo's David under one roof 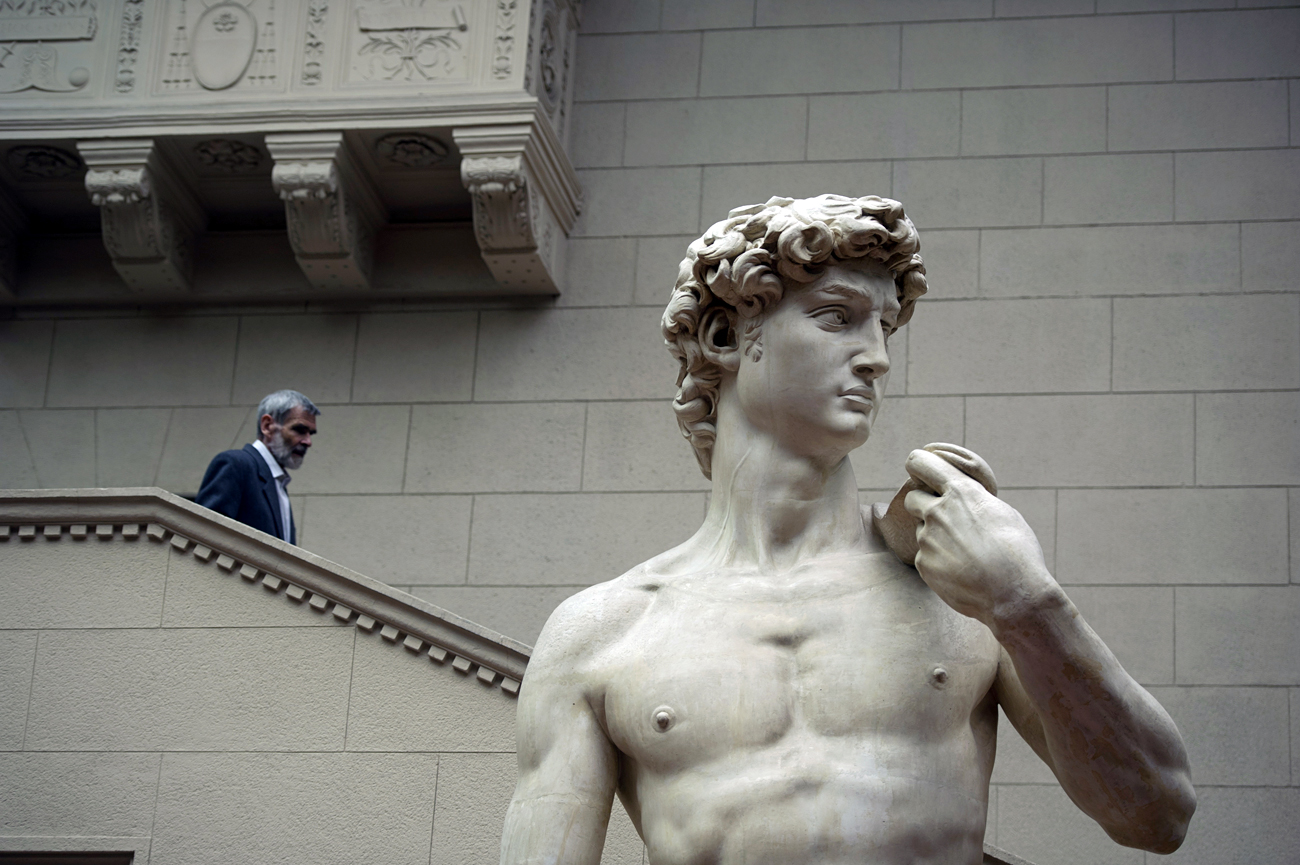 The Pushkin Museum was created as an educational and training establishment for artists and art students. For this reason, prior to the construction of the building, replicas of world-renowned sculptures and architectural masterpieces were commissioned from some of Europe's best workshops. These made-to-scale casts and copies of the original works of art are displayed throughout the museum. The Greek Courtyard features marble reproductions of statues from the Parthenon and the southern portico of Erechtheion. The Italian Courtyard houses three different reproductions of Renaissance versions of David with the Head of Goliath (by Michelangelo, Donatello, and Andrea del Verrocchio), and you can also explore replicas of the Romanesque gate from the Liebfrauenkirche Cathedral in Freiburg, Germany and the northern gate of the Florence Baptistery. 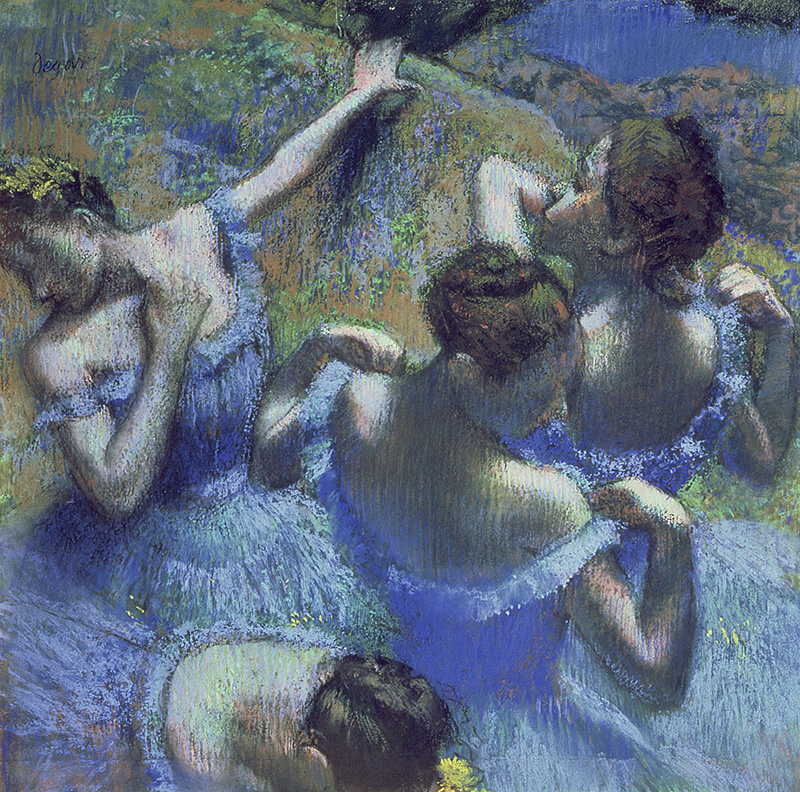 In the early 20th Century, Sergei Shchukin and Ivan Morozov, Russian industrialists and philanthropists, spared no expense when purchasing newly produced paintings from Parisian merchants. These men accumulated collections of outstanding quality. After the 1917 Revolution, these paintings were consolidated under the roof of the Museum of New Western Art. This museum was closed by Soviet authorities in 1948, and the collection was split up between the Pushkin Museum and the Hermitage. Moscow retained a number of masterpieces including: Portrait of the Actress Jeanne Samary by Pierre-Auguste Renoir, Edgar Degas's The Blue Dancers, representative works from Claude Monet's series (Boulevard des Capucines, Haystacks, Rouen Cathedral, and Water Lilies), Vincent Van Gogh's The Red Vineyard, Paul Gauguin's Night Cafe at Arles and Tahitian Women, Henri Matisse's Red Fish, and Pablo Picasso's Girl on the Ball. 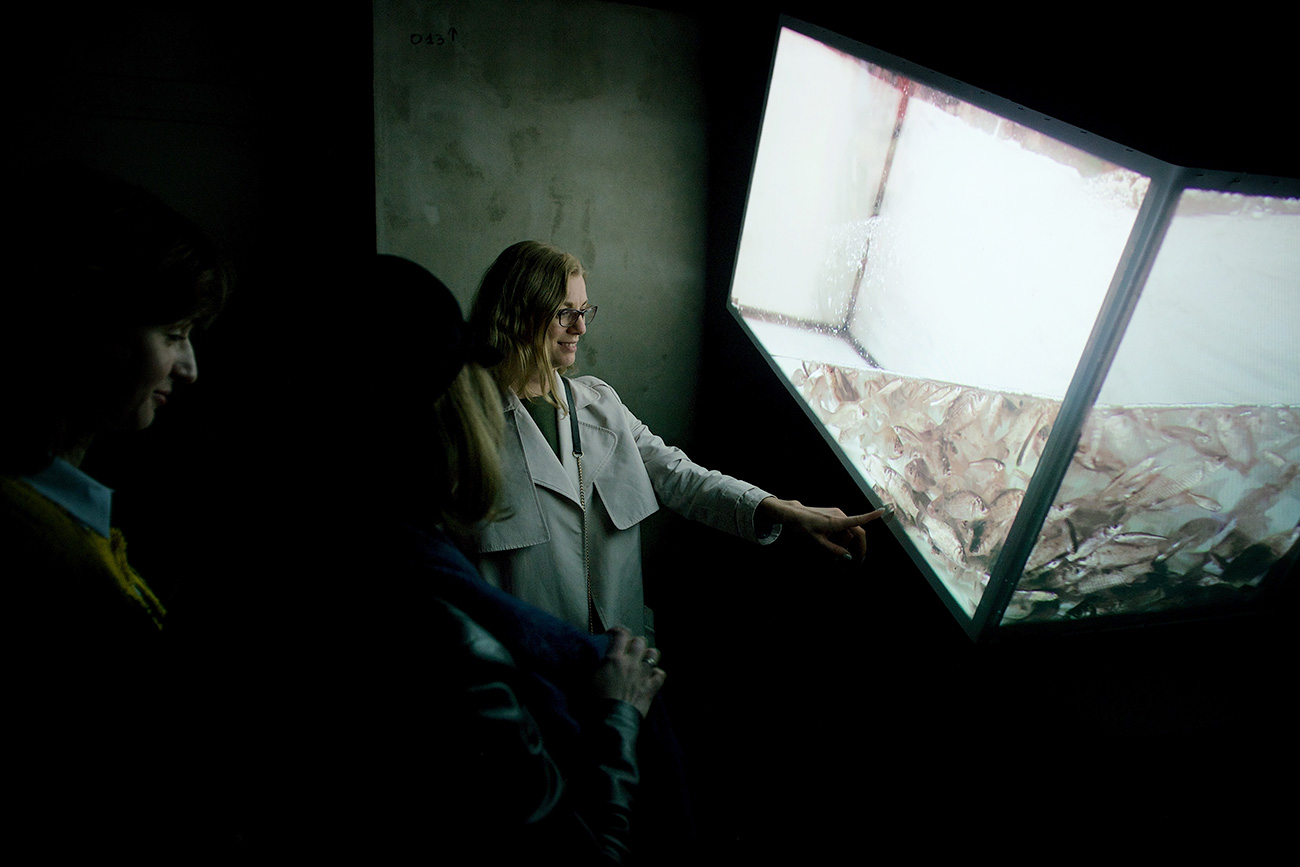 4. Explore five museums in one 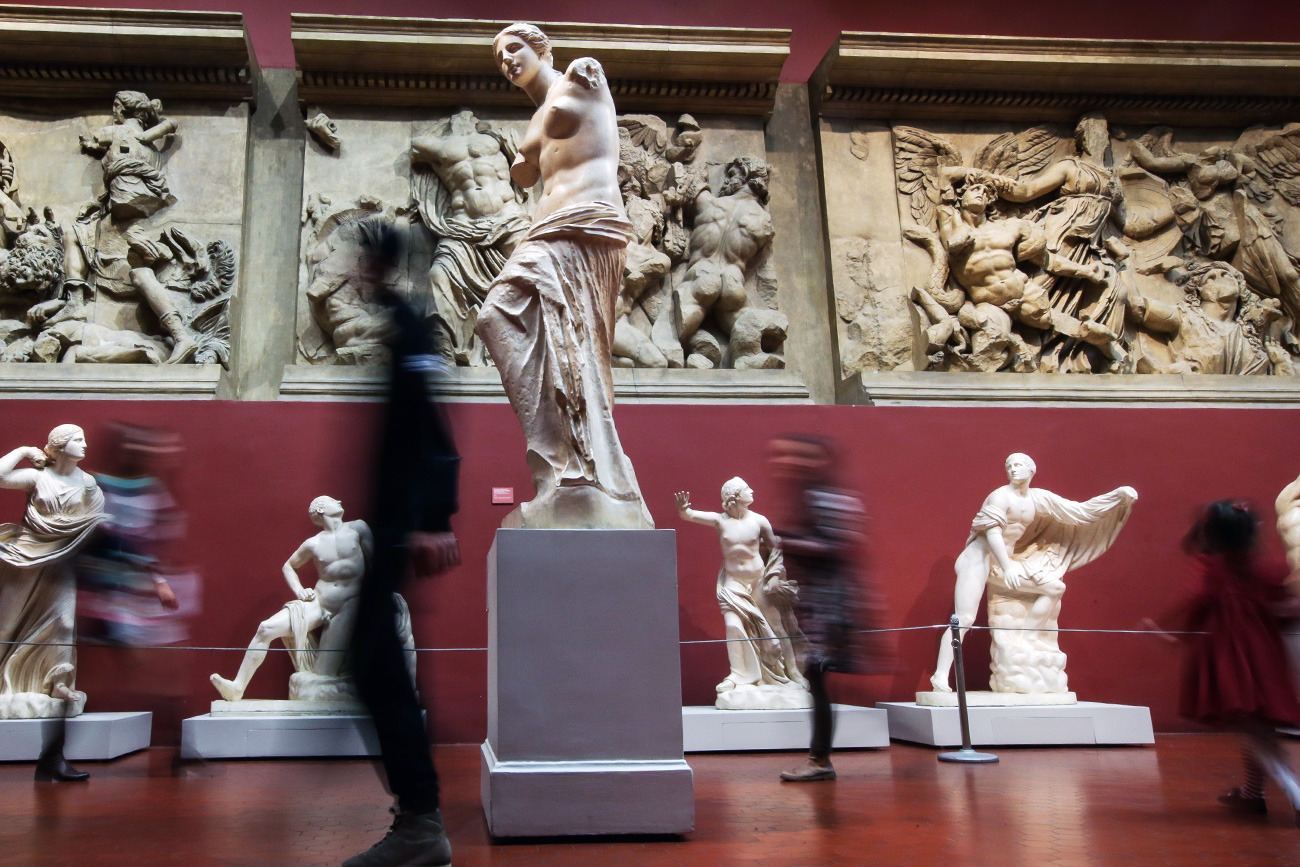 Over the past century, the Pushkin Museum has been expanding both its collections and the buildings that house them. At present, facilities open to the public include the main building, with its classical portico (housing exhibits from ancient times to the early 20th century), the 19th and 20th Century European and American Art Gallery, the Private Collections, the Ivan Tsvetaev Educational Art Museum and a memorial apartment devoted to the outstanding pianist Sviatoslav Richter.

5. It’s Moscow’s version of the Louvre 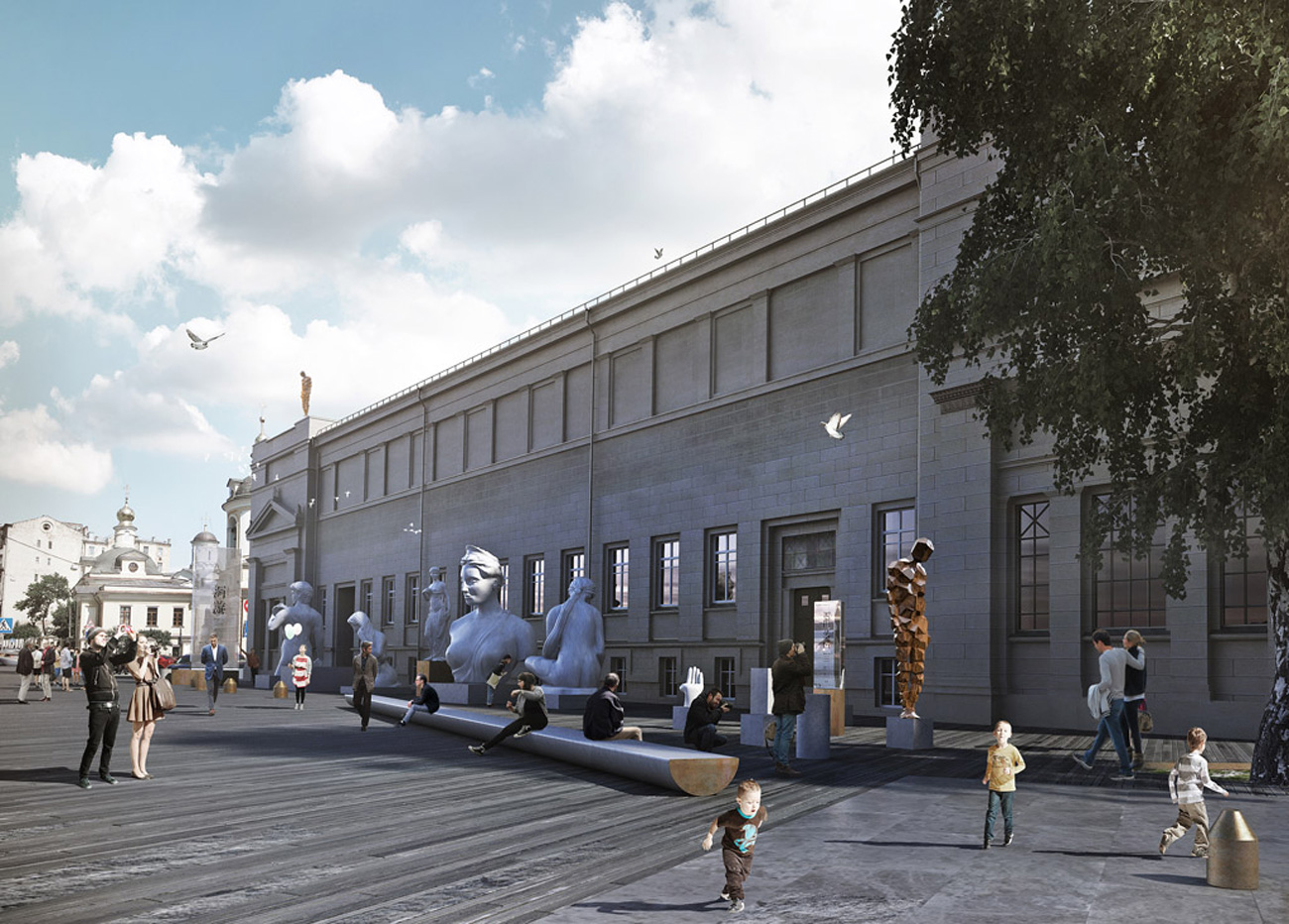 By the year 2024, there will be a “museum town” constructed around the main building. / Source: Architectural bureau 'Project Meganom'

The Pushkin Museum's collection of original masterpieces spans several millennia of art history, including everything from Ancient Egyptian mummies and sarcophagi, to works by Sandro Botticelli and Paolo Veronese, to the work of contemporary artists. Like other massive museums, such as the Louvre or Hermitage, it is impossible to see the entirety of the Pushkin Museum in just one day. Plans are underway to double the overall exhibition space. By the year 2024, there will be a “museum town” constructed around the main building, featuring historic and modern buildings with tens of thousands of pieces dating from different periods.

Read more: The changing face of female beauty in Russia