Was Anna of Kiev the first and only Russian queen of France? 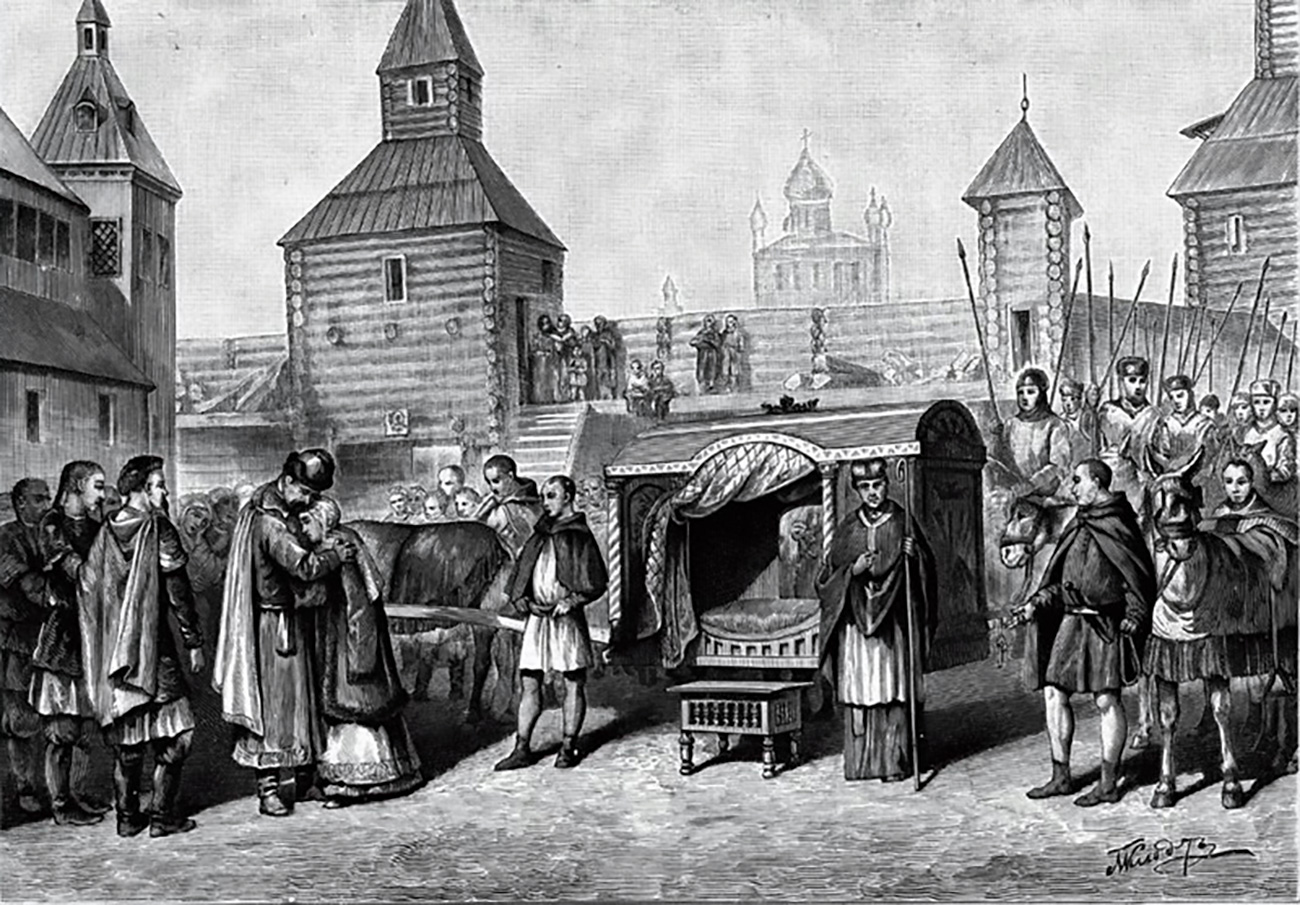 Archive Photo
President Vladimir Putin's comment on the Russian queen of France has provoked heated debates between Russians and Ukrainians on social networks.

Speaking at a news conference in Versailles in late May, in the run-up to the opening of an exhibition devoted to the 300th anniversary of Peter the Great's visit to France, Russian President Vladimir Putin noted that the history of Russian-French relations had begun not with the first Russian emperor's embassy in the European country, but earlier, with the marriage between Anna, the younger daughter of Grand Prince Yaroslav the Wise, and Henry I in 1051.

This statement provoked an outcry in Ukraine. Ukrainian President Petro Poroshenko accused Putin of  attempting to “hijack” Anna of Kiev “in plain view of all Europe.” The two countries' foreign ministries then exchanged statements, followed by heated debates on social networks.

So who is right here? It’s worth noting that by the time Yaroslav the Wise, a descendant of the Novgorod Rurik dynasty, ascended the Kiev throne in 1016, he had already been a Rostov prince (987-1010) and a Novgorod prince (1010-1034). It would be wrong to state that Anna was a Ukrainian, because back in her time the territory was known as Kievan Rus’, and the East Slavs populating it were not yet split into Russians, Belarusians, and Ukrainians. Ukraine as a separate nation in the historical region of Little Russia in the southwest of the Russiaan Empire and in the eastern regions of Austria-Hungary began more than 800 years later, in the 19th Century, and continued in the 20th and 21st centuries.

“It seemed to Anna that she was in a dream… Her head was spinning from the somewhat inharmonious but very loud hymns in Latin, from the unfamiliar drone of the organ, from the copious clouds of incense. It was as if the silks and satins she was wearing separated her from the rest of the world; intoxicated by the ceremony, Anna was now ready to believe Bishop Roger's grandiloquent statement to the effect that Heaven itself had sent her to France so she would dry up the tears of the unfortunate and feed the starving. Suddenly, she felt a lump of tears in her throat. The new queen wanted to win the affection of all these people, who we looking at her as if she were the highest being in creation.” This is how Russian author Antonin Ladinsky describes Anna's wedding ceremony in Reims in his novel Anna the Queen of France.

Russian and French historians disagree on the year of Anna's birth: Different theories name different dates, from 1025 to 1036. This means that Anna could have been anywhere between 15 and 25 when she married the French king.

Anna was the daughter of Yaroslav the Wise. It was during his reign that the first code of laws was compiled in Kievan Rus', the first Russian monasteries and schools founded, and the first written books published. All of Yaroslav's children were well educated. By the time of her wedding Anna could read and write; she knew Greek and Latin. When already in France, she would speak to scholarly monks as an equal, discussing literature, history, politics, agriculture, and much more.

Yaroslav's foreign policy was also wise: He would marry off his children to strengthen relations with foreign countries. His other two daughter, Elisabeth and Anastasia, married the Norwegian king Harald Hardrada and the Hungarian king Andrew I, respectively.

Anna's marriage, however, had nothing to do with Yaroslav's political scheming. “We know nothing about the reason for this marriage,” says Evgeny Pchelov, assistant professor at the Russian State University for the Humanities. 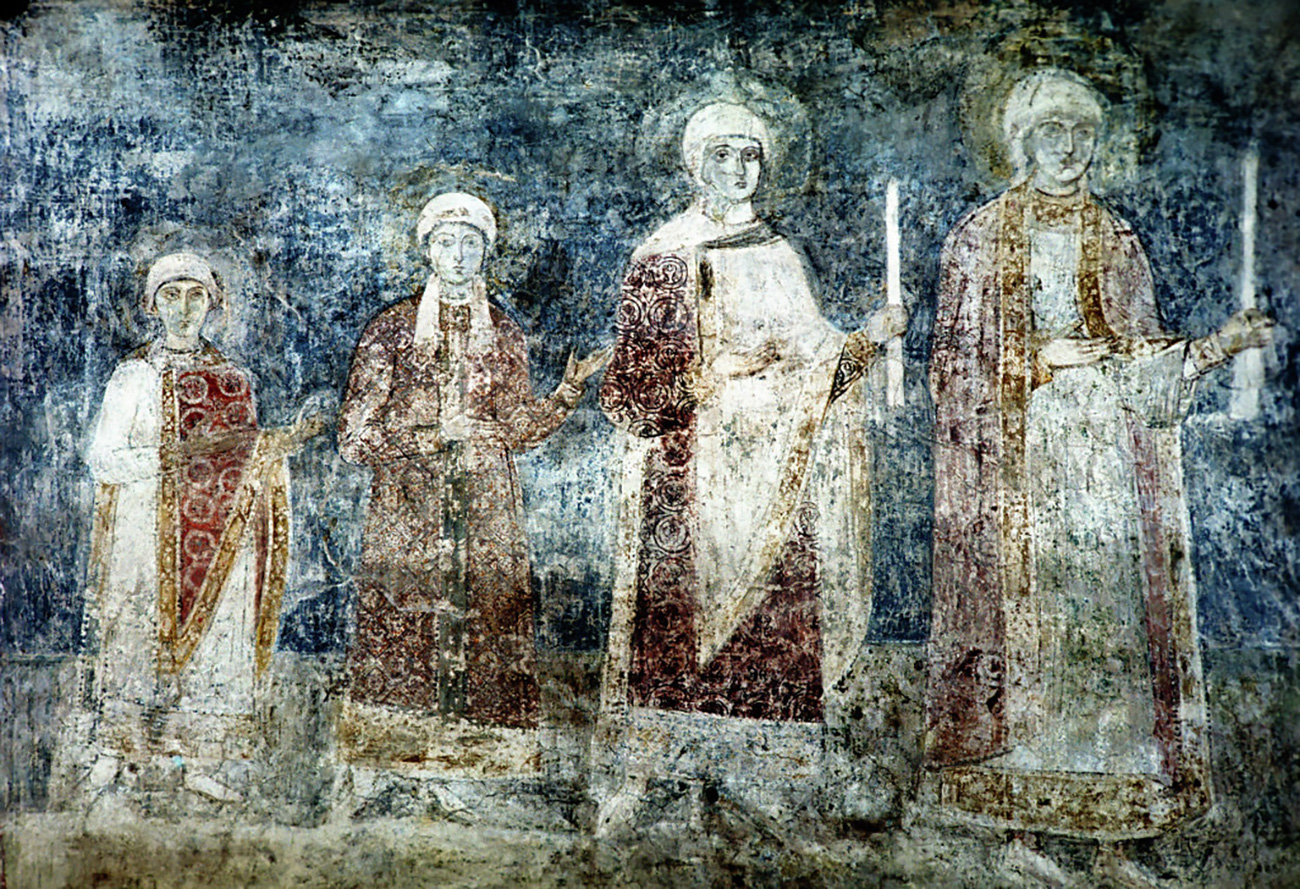 “France's policy made absolutely no difference to Kievan Rus'; the reverse is also true. Some sources indicate that France was first to propose the marriage. There was also the theory, first proposed by the Russian historian Nikolay Gumilyov, that the true reason was a ban on consanguineous marriages for monarchs, allegedly a problem for the French king whose dynasty was already interbred with the European royal houses. This was why Henry I went for a bride from a faraway land, the reasoning goes. However, this version appears just as dubious. Some suggest that Anna's marriage was somehow linked to her sister Elisabeth's marriage: Henry I allegedly married the sister of the Norwegian king's spouse in order to establish an alliance with Norway. On the other hand, it’s known that Hugh Capet, the founder of the Capetian dynasty, had wanted to become related to the Byzantine emperors. Could it be that the marriage of his grandson Henry I was meant to make this dream come true, in a way? Whatever the case, the Capetian kings certainly attempted to use international dynastical marriages as an instrument of strengthening their ruling position. It is, however, not clear how the marriage with the Kievan prince's daughter could have served this goal...”

Henry I sent a mission to Kiev for Anna in 1048 or 1049 (sources differ again). With her parents' blessing, Anna left for the foreign country for good. The young princess was accompanied by countless carts carrying abundant dowry. Anna's treasures included a hyacinth, which would later become a relic of the Basilica of St. Denis.

Anna was met by her future husband in Reims. The wedding was held on Pentecost, May 19, 1051. Legend has it that Anna had brought with her a Slavic gospel and insisted on using it for swearing the oath. Some believe the manuscript is the famed Reims Gospel all the French kings would subsequently use to swear their oaths. “The Reims Oath has nothing to do with Anna,” Pchelov says. “The book is a convolute, i.e. a compilation of two different manuscripts under one cover: A Cyrillic text dating to the 11th Century and a Glagolitic one, written in Prague in the late 14th Century. The gospel did not get to the Reims Cathedral until the 16th Century; it was used in the crowning ceremonies of French kings and only started to be mentioned in relation to Anna in the 19th Century.

Historical fiction fans often state that Anna, who hailed from the land known for its long-standing tradition of regular bathing, introduced the concept of bath-houses in France. In his book History of Paris: From Caesar to St. Louis, writer Maurice Druon cites from what he describes as Anna's letter to her father, in which she complains that regular steam bathing is unknown to the French. This, however, is nothing more than a figment of literary imagination. “No letters from Anna to Yaroslav the Wise are known to science,” Pchelov comments. 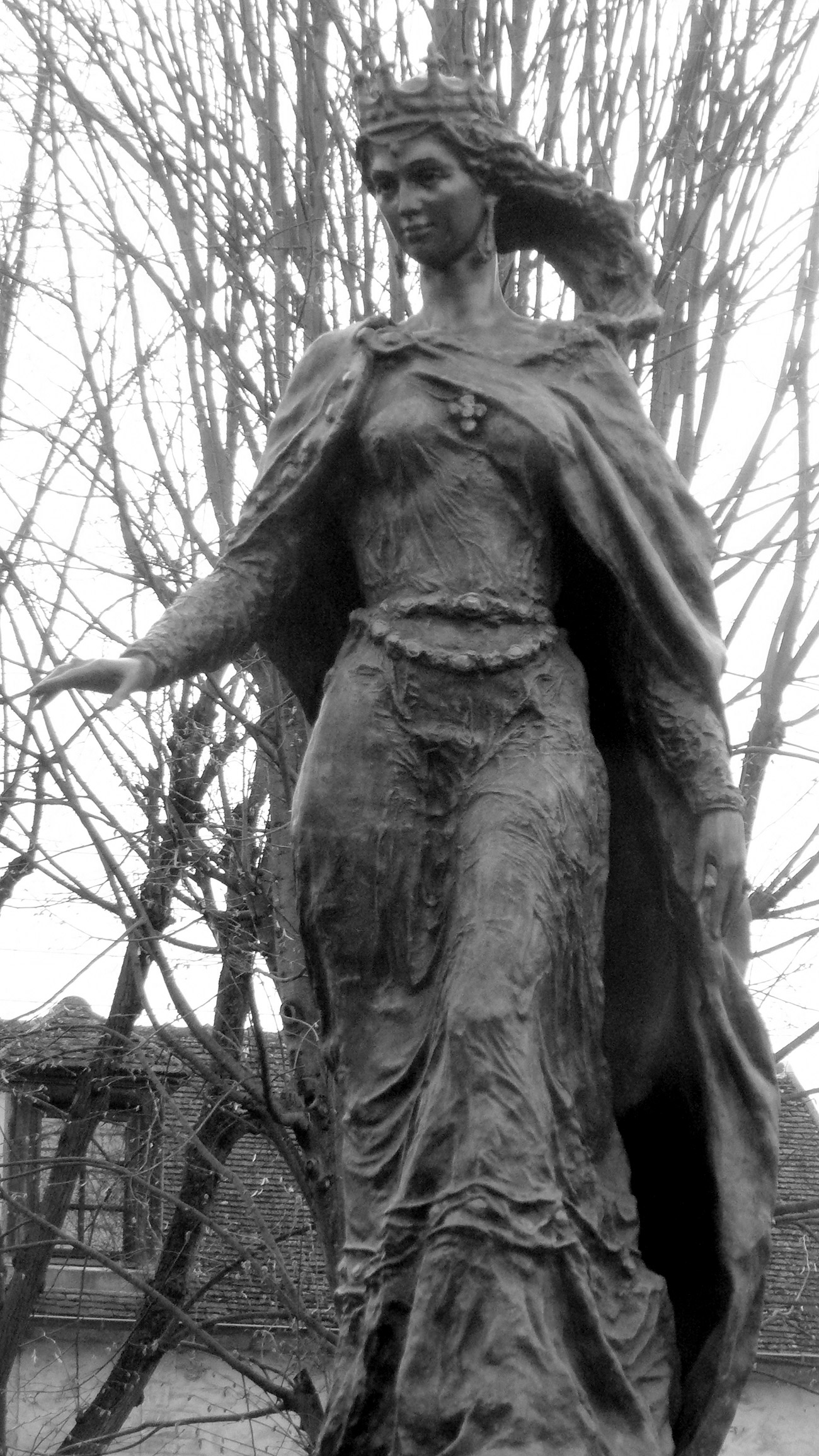 Henry I passed away in 1060. Seeing as his eldest son, the heir, was only eight at the time, Anna became queen regnant. In 1061, Anna married Count Ralph IV of Valois. This was a scandalous marriage: Ralph had been previously married twice, he had belied his previous spouse, and Anna allegedly abandoned her children from Henry in order to marry the count.

From that moment on, Anna was never mentioned in French royal charters. To atone for the sin of illegal marriage, she founded the St. Vincent Abbey in Senlis, which currently houses a liceum.

Neither the date of Anna's death nor the place where she was buried is known. Pchelov says the last document mentioning her name is dated 1075: “A tombstone discovered in the 17th Century gave birth to the theory that Anna was buried in the Villers Abbey in Cerny. However, the tombstone is apparently a cenotaph, the product of Anna's name having been confused with the names of other women related to the place. One theory has it that Anna returned to Kievan Rus'. In particular, this is stated in the chronicle of the Fleury Monastery, a text dating to the early 12th Century, which contains the only known reference to Anna's fate. The Rurik dynasty did know such instances: For example, Eupraxia of Kiev, Anna's niece, returned home after a de-facto divorce from the German emperor Henry IV.”