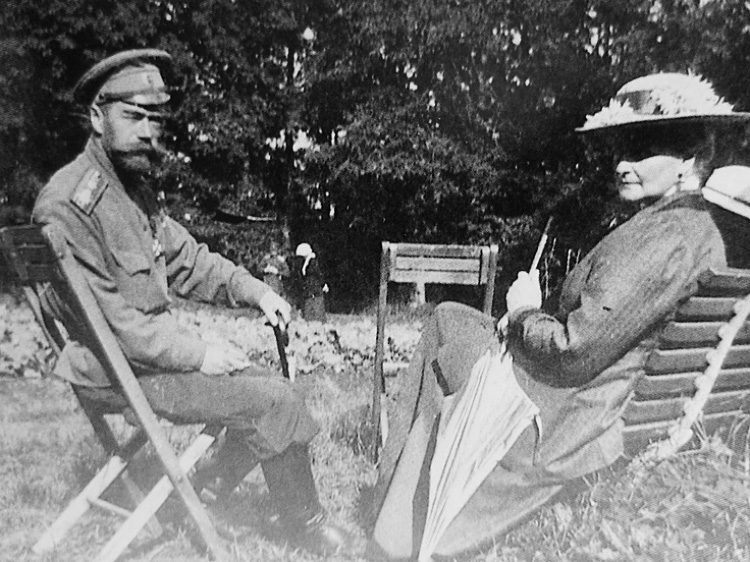 “During the night it rained, and the day was considerably fresher. During the day we worked on the small path; we cut down and sawed up two small fir trees. Alix [this is what Nicolas called his wife Alexandra] sat with us in the forest. After dinner, the Benckendorf couple visited us,” the tsar wrote on July 23, 1917.

Archive Photo
The emperor and his family were killed in the basement of the house they were exiled to in Yekaterinburg during the night of July 17, 1918. Just a year before, in March he had abdicated the throne and spent the summer in his Tsarskoye Selo residence near St. Petersburg. It was the last time in the tsar and family's life that they enjoyed their lofty status. Despite the fact they were always under guard, they walked, read, and enjoyed the summer months. 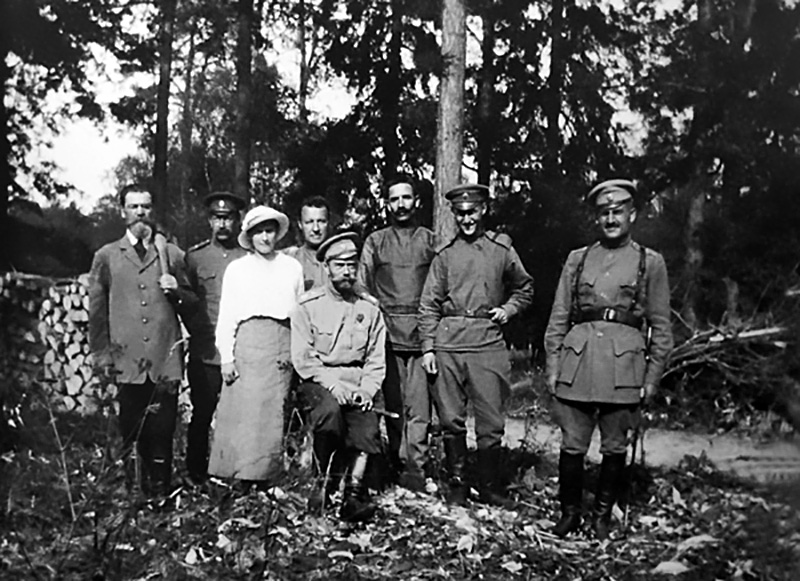 “During the day we chopped down some big fir trees at the crossing of the three roads along the Arsenal. There was a colossal fire, the sun was reddish, and in the air was the smell of burning, probably from peat burning somewhere. We went sailing for a little while. During the evening we walked until eight o'clock. I started the volume of Le Comte de Monte Christo,” Nicolas II wrote in his diary on June 5, 1917. // Pictured: Nicolas II with his daughter Anastasia and their servants in Alexander Palace Park, Tsarskoye Selo. 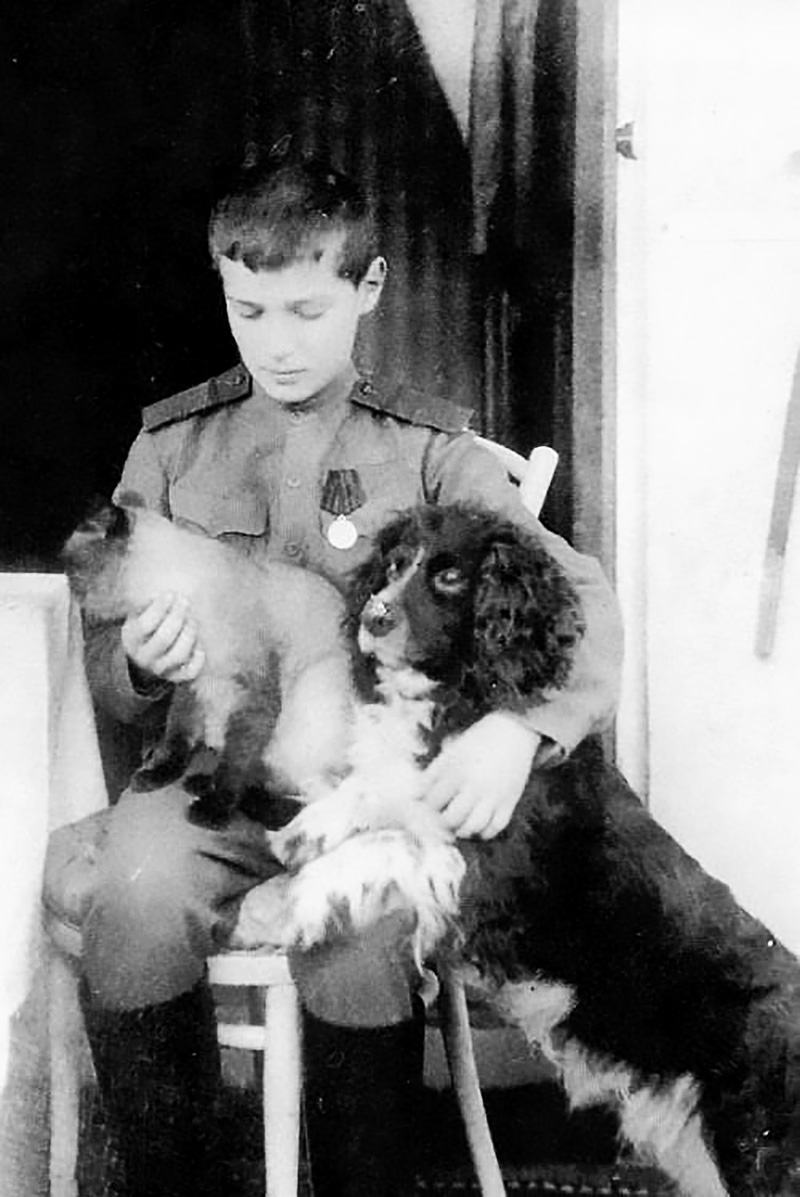 The diary of Nicolas II seems a bit naïve. He talked about having fun with kids, giving geography lessons to Prince Alexei (pictured), about reading, sailing, and spending time in the garden. But sometimes the tsar expressed serious concern about the future of Russia and the current revolutionary events. “Yesterday we learned that General Kornilov has given up his post of commander-in-chief of the Petrograd Military District, and this evening that Guchkov has resigned. Both of them give the same reason: The irresponsible interference of the Soviet of Workers' Deputies, and certain other organizations that are far more radical, with military authorities. What is Providence holding in store for poor Russia? God's will be done.” 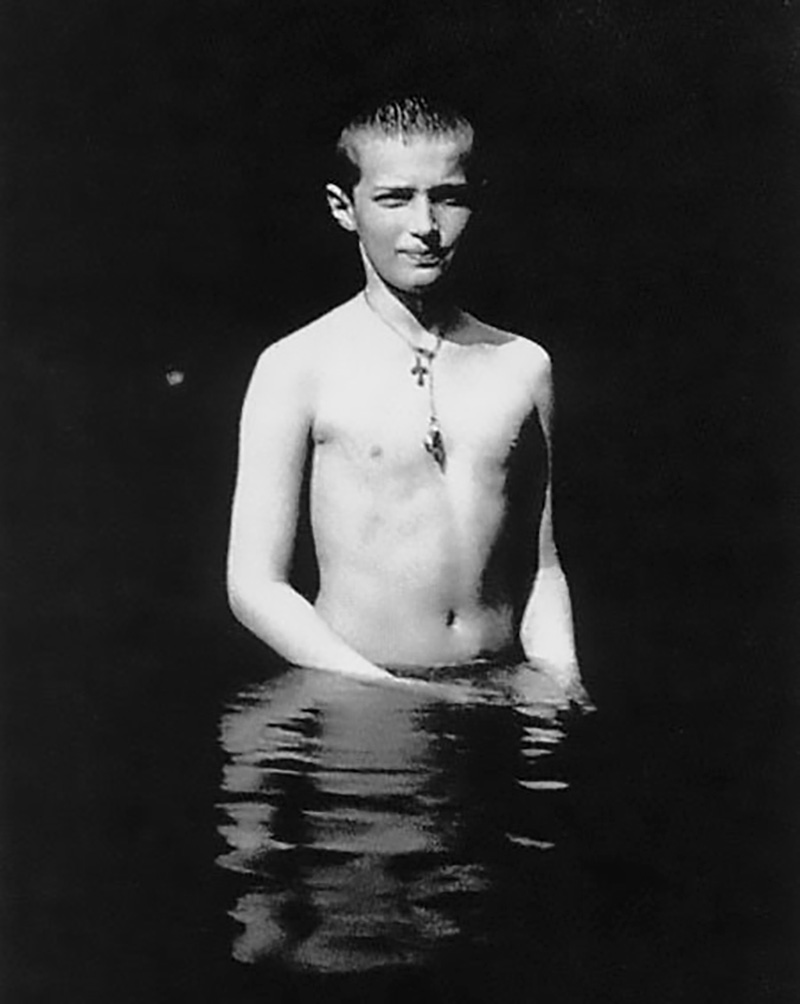 Alexei was the last child in the Romanov family. That summer he turned 13. He was seriously ill and suffered from hemophilia, a common illness other descendants of British Queen Victoria suffered. // Prince Alexei taking a bath in the lake of Alexander Palace garden. 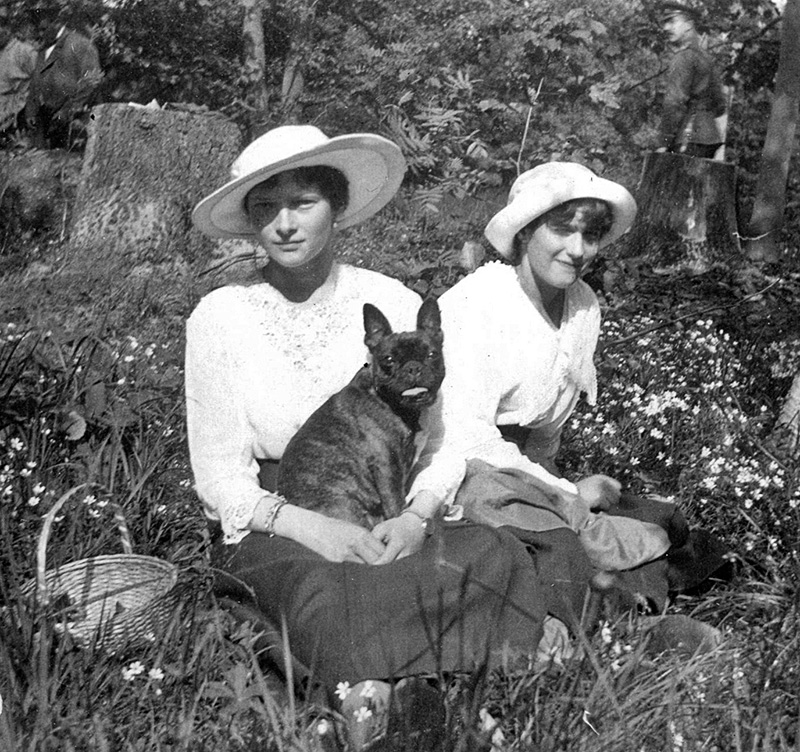 Princess Tatyana and Anastasia taking a rest in Alexander Palace garden. Tatyana is holding her favorite French bulldog Ortino. After the murder of the Romanov family, Ortino was killed by Grigory Nikulin and Alexei Kabanov. 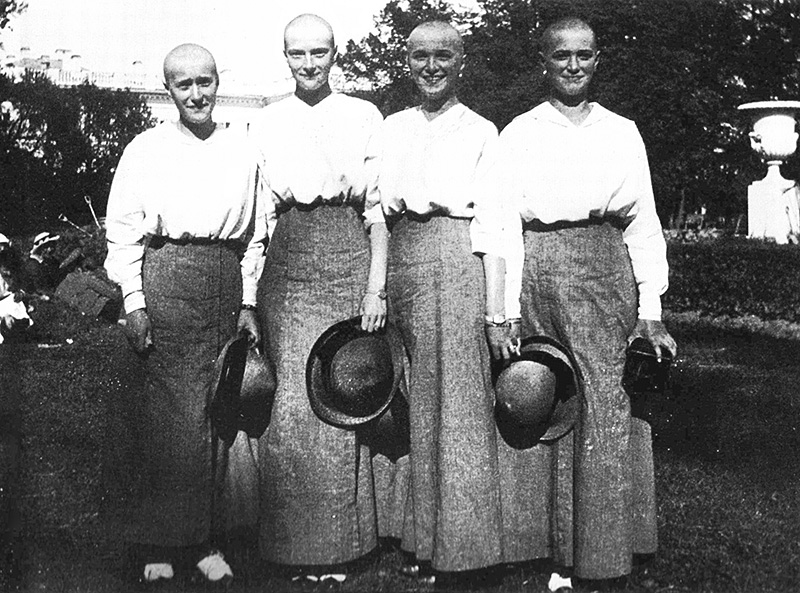 Princesses Anastasia, Tatyana, Olga, and Maria did not have their heads shaved by revolutionaries – they did it themselves because their hair grew differently after they all recovered from measles. 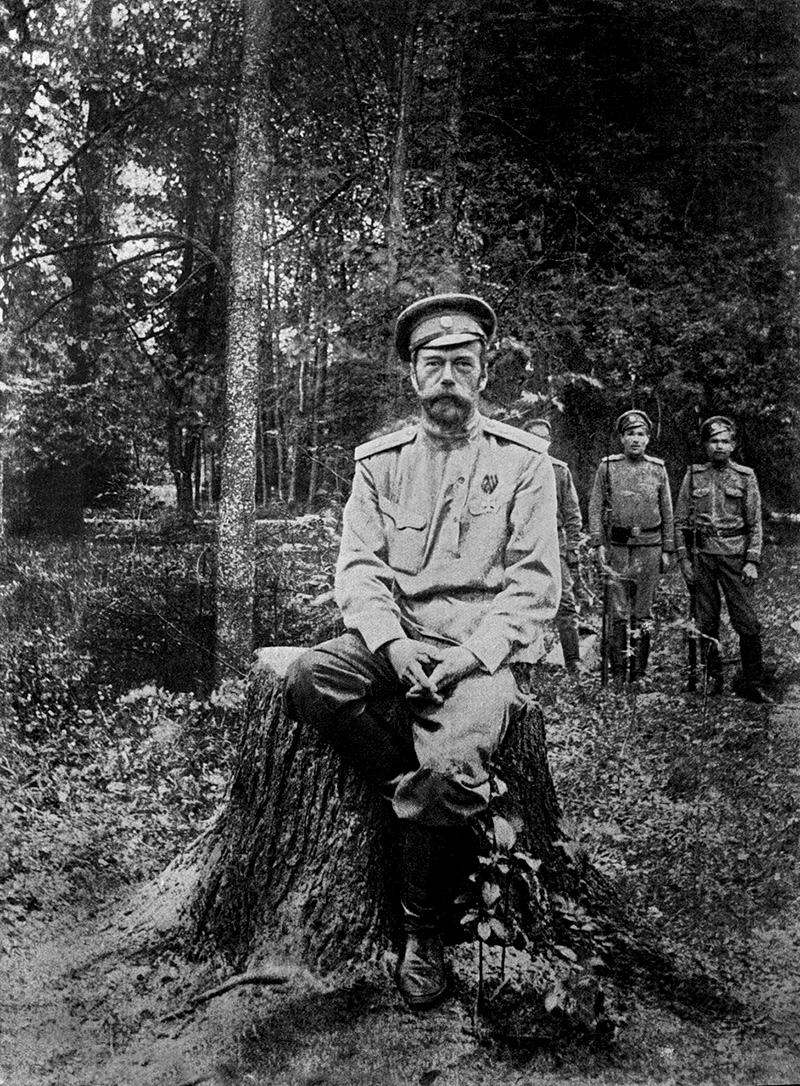 Tsar being guarded in Alexander Palace garden. “One day four soldiers with rifles followed me, I took advantage of this and without saying a word, went further in the park. From then I started daily long walks in park and chopped dry trees in the afternoon,” Nicolas wrote in a letter to his sister Ksenia. 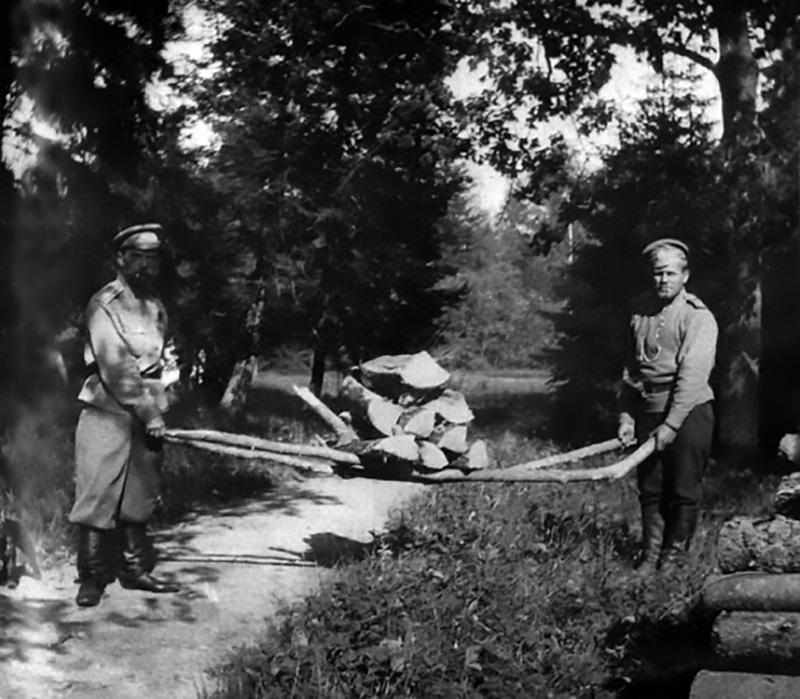 According to different memoirs and his own diary, Tsar Nicolas was obsessed with physical exercise and one of his favorite things to do was to chop trees. He also loved gardening and growing vegetables. // Pictured with one of the soldiers of the Guards Rifle Regiment. 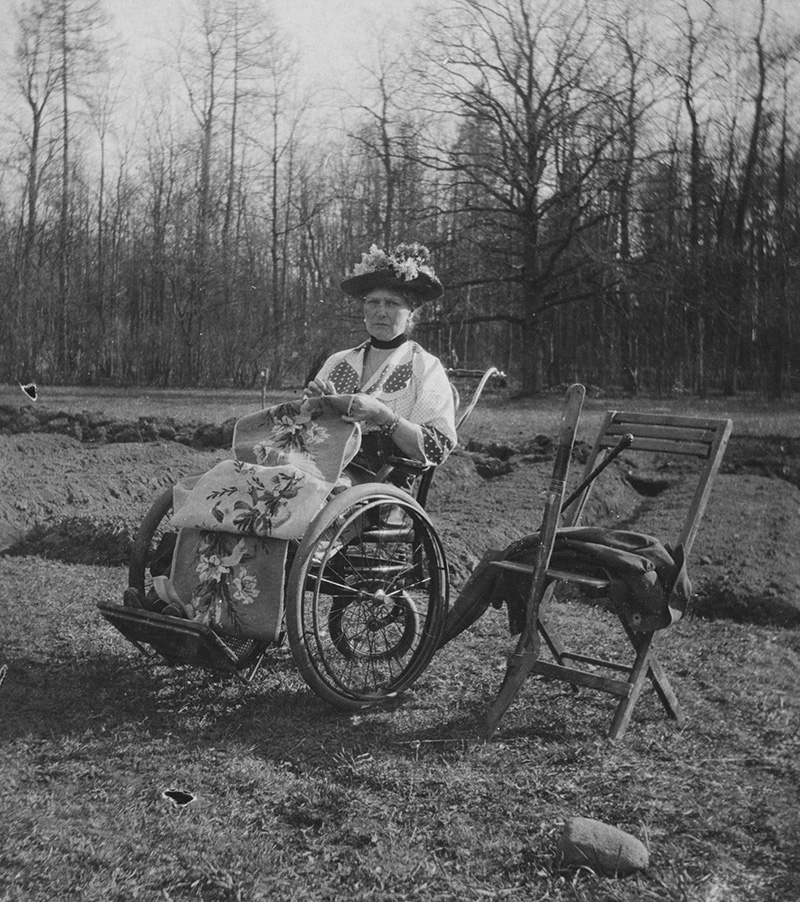 Nicolas wrote in his diary in 1989 about his future wife: “My dream is to marry one day Alix of Hesse. I have loved her a long time, but more deeply and fervently since the year 1889, when she spent six weeks in St. Petersburg.” Tsarina Alexandra undertook diphtheria in a young age and got rheumatism which was worsneded by the birth of five children and her nerves because of her son Alexei’s illness. 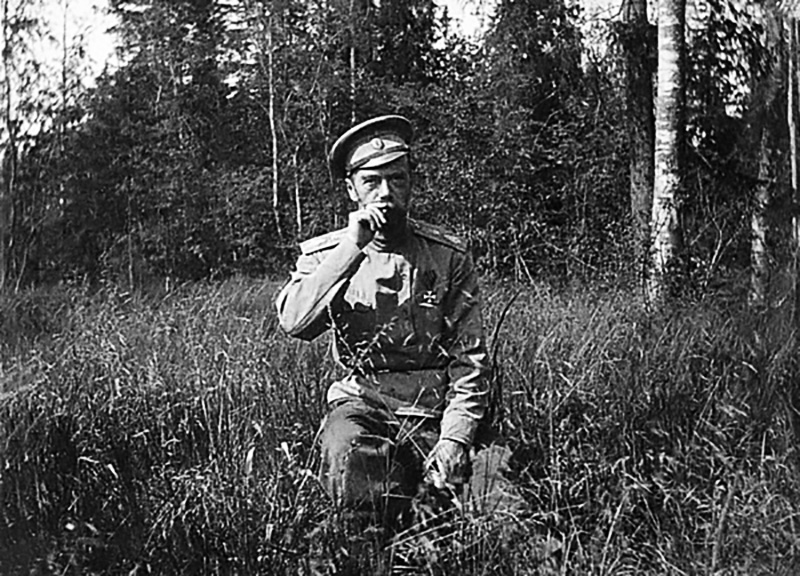 After spending the summer under guard, on Aug. 1 the tsar’s family was sent to exile in Tobolsk, where they spent the rest of their lives. Based on the investigation of the Romanov’s family murder: “The Tsar stood in the middle of the room, with his son and wife seated next to him. The four daughters and the servants lined themselves along the walls. Yurovsky told the tsar that he was to die. Nicholas said, 'What?" and began to move toward Yurovsky. Yurovsky aimed his pistol at the tsar's head and fired point-blank. He turned the weapon on Alexis and also shot him. The rest of the men in the room began to fire and soon the room ran with blood and smelled of gunpowder. The room filled with groans and shrieks. After the first volley of fire, three victims remained alive. The chambermaid Anna Demidov was only slightly wounded and ran around the room shielding herself with a pillow. She was clubbed with rifle butts and bayoneted. Anastasia screamed and tried to get to her feet. A soldier pinned her foot to the floor and then killed her with a blow with his rifle butt. Young Alexis groaned and Yurovsky fired two more bullets into his head. The rest of the victims, were bayoneted to insure their death.”