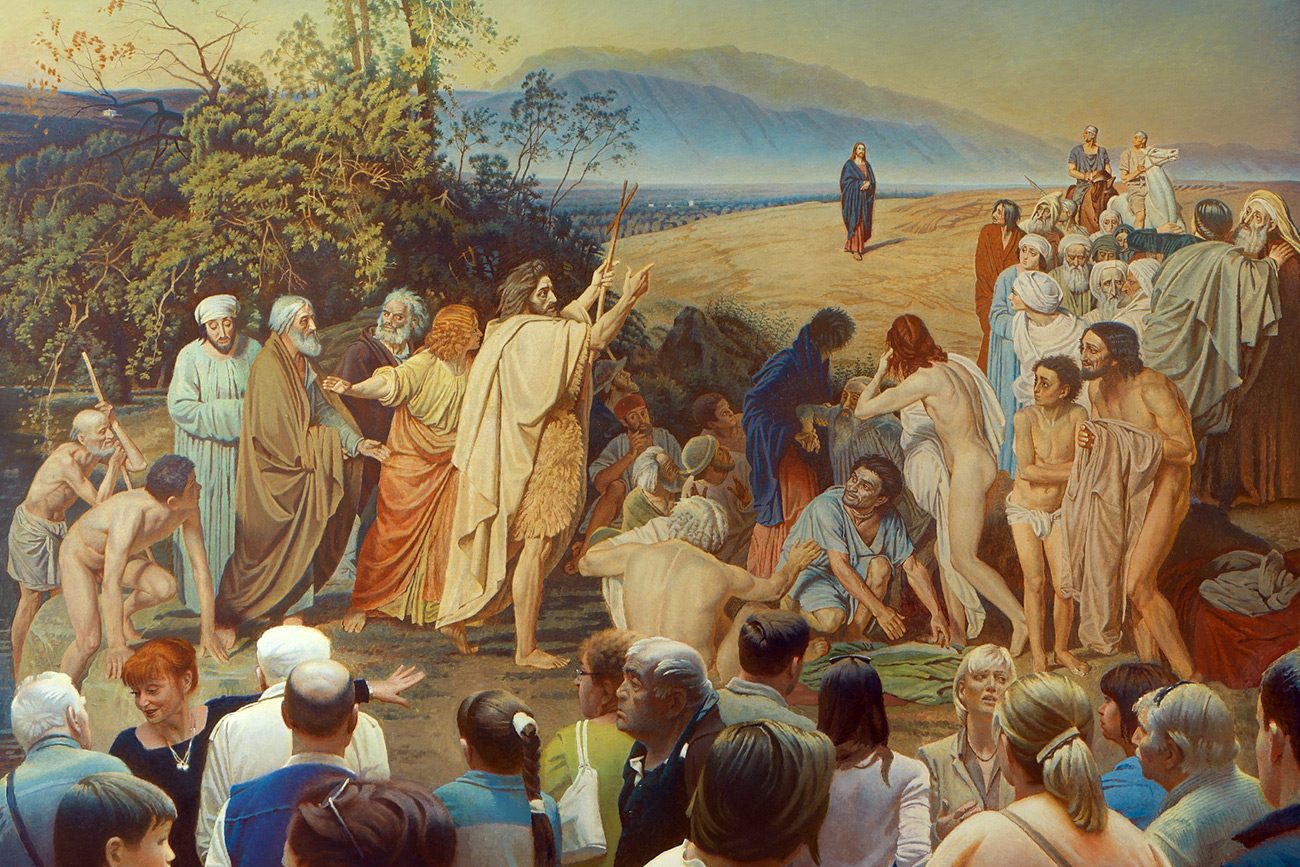 Press Photo
Tretyakov director Zelfira Tregulova says she has long dreamt of such a gift. 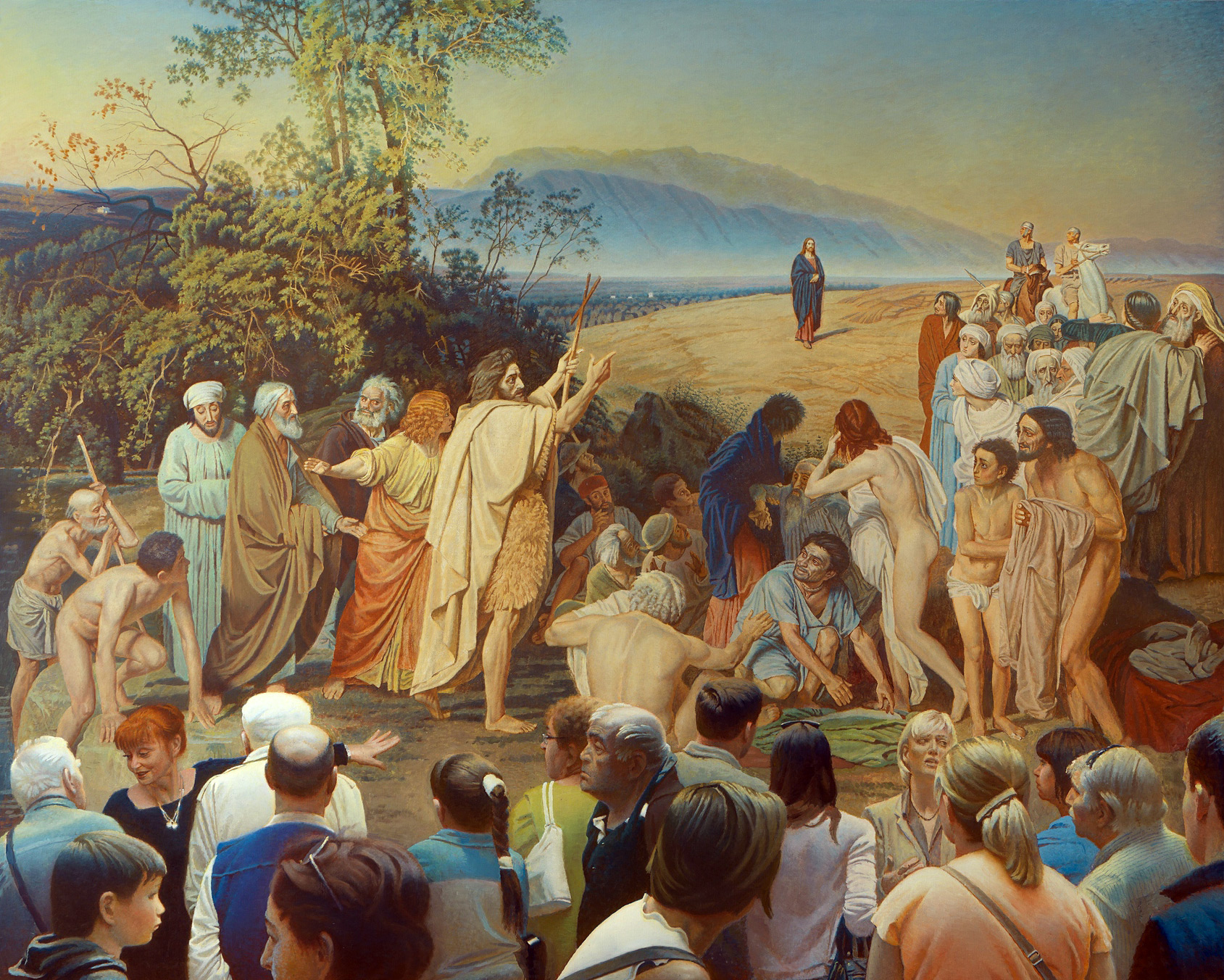 Erik Bulatov's The Picture and Onlookers  has been donated to the Tretyakov Gallery in Moscow. The gift, made June 13, comes via Russian billionaire Vladimir Potanin's charitable foundation, which last autumn donated a large collection of works by modern Russian artists to the Pompidou Centre in Paris.

The large-scale work is Bulatov's post-modernist homage to one of the most famous paintings in the Tretyakov Gallery, The Appearance of Christ Before the People by Alexander Ivanov. In it Bulatov depicts a crowd of people looking at Ivanov's masterpiece in the museum.

Along with Ilya Kabakov, Erik Bulatov is the most famous Russian conceptualist artist living abroad. In 1989 he left Moscow for New York and two years later moved to Paris, where he still lives. The 83 year-old has had solo exhibitions at the Pompidou Centre in Paris, the National Museum of Monaco and at museums in Switzerland, Germany and the U.S.

The donation of the painting, completed 2011-2013, comes under the framework of the Patrons and Donators of the Tretyakov Gallery Program. With this program the museum intends to replenish its collection with works by modern Russian artists from the period 1960-2000, many of which can be found in western collections.

Zelfira Tregulova, the Tretyakov's director, told RBTH that this was the first gift within the framework of the program and that she hopes to receive several more works by Bulatov. "We only have four of his paintings and some drawings. And this is not right," she said.