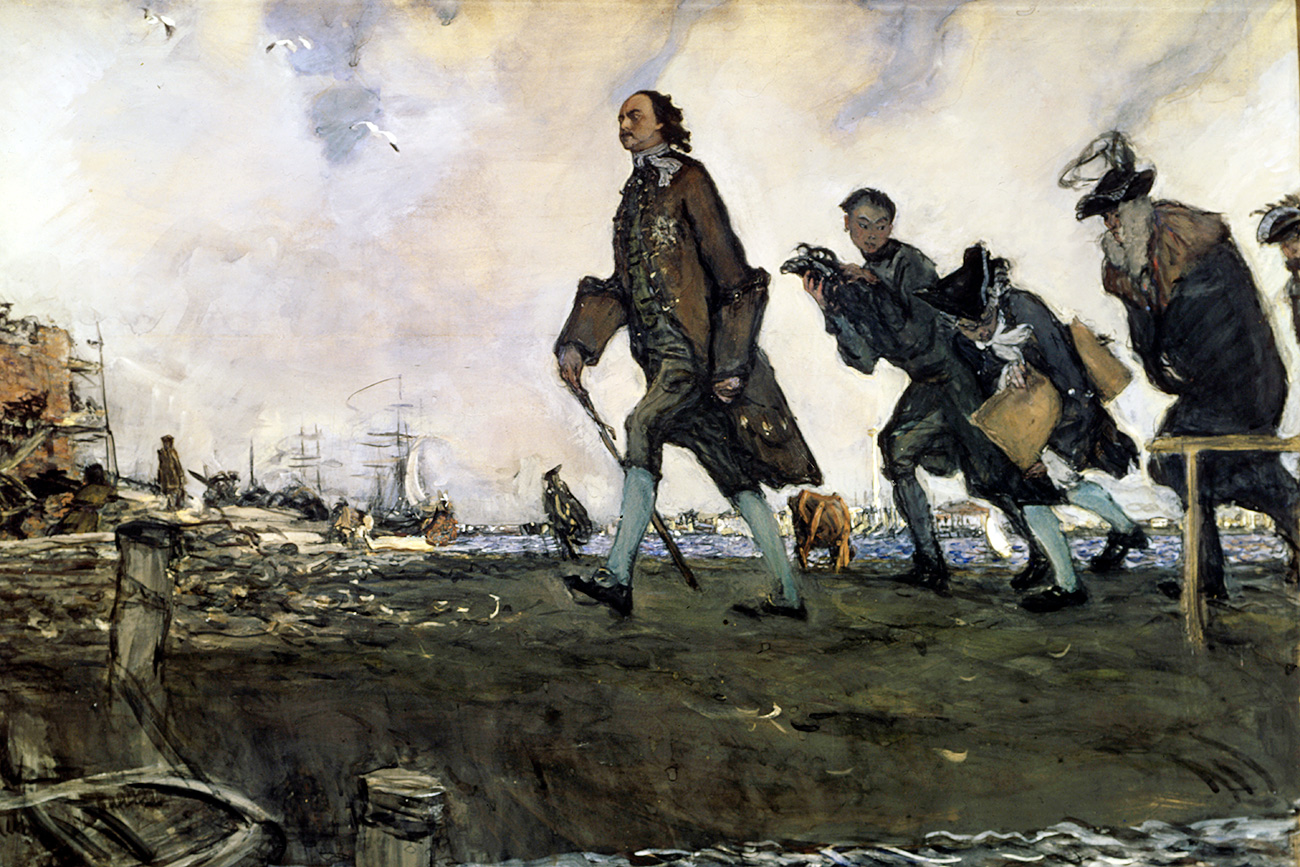 "If people are standing or sitting in a circle, no one must spit inside the circle, only outside…"

Global Look Press
Having cut a "window to Europe," the first Russian czar, Peter the Great, also introduced European ways of life to Russia, including rules of conduct. On his order, authorities wrote a book called “The Honest Mirror of Youth,” which became the first etiquette manual published in Russia. This volume was in use for two centuries, and many of its suggestions can still come in handy today.

It can be said that Peter the Great transformed Russia into not only a great power (by expanding Russian territory, winning the Northern War, gaining access to the Baltic Sea and founding St. Petersburg), but also into a fashionable power. After studying in France and Holland, Peter returned home determined to force the illiterate Russian boyars to shed their medieval attire and properly learn how to use a knife and fork.

In order to explain to the people how they should behave in society, the czar needed a general manual and he ordered that such a guide be written. The outcome was the book, The Honest Mirror of Youth, which was published 300 years ago and consisted of two parts. The first part focused on basic education, such as how to read and count, while the second section concentrated on etiquette. So what was Peter the Great hoping to teach the royal court?

1. Respect for one's parents and enemies

The very first lines of the Mirror are dedicated to the importance of respecting one's father and mother. "When your parents order you to do something, you must obey with great respect, like a page or a servant," the book instructs its readers. Because noblemen were indebted to their parents for their success and position in society, they must be treated as an indisputable authority. Peter recommends young people "not to talk without permission" and to always address their elders with profound respect. 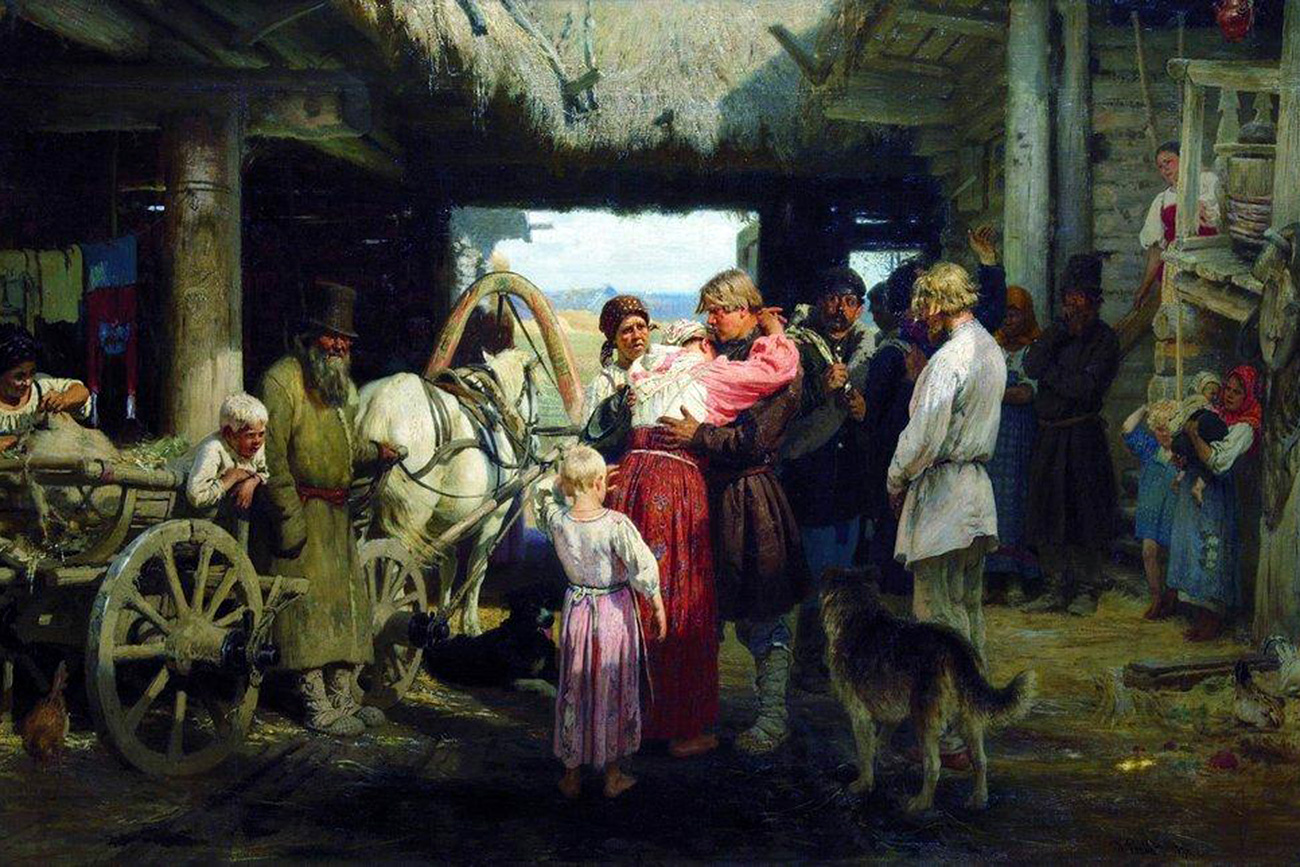 Biting the bullet: How military service was avoided in Imperial Russia

The Mirror instructed the noblemen to be respectful even towards their enemies, by refusing to defame them and restraining any aversion or dislike. "Always praise your enemies in absentia and when they are near, respect and help them. And also do not say anything bad about the deceased," the authors strictly insist.

Peter recommends refraining from extremes in hubris, at least in public: "Never praise or humiliate yourself." In the same section he suggests that people should not boast about their pedigree, even if it is very notable because, in the end, it is not due to their own merit. "You have to wait until the people next to you praise it," the manual instructs.

In 1826, the poet Alexander Pushkin referred to Peter as "a worker on the throne," so it is obvious that the Mirror mentions the love of work. "The young nobleman has to be cheerful, hardworking, diligent and restless, like a pendulum clock," instructs the manual. The authors of the volume were convinced that if a nobleman was industrious, then his servants would also be diligent and this would help Russia to grow and thrive.

Peter called on young noblemen and women to be true Christians by respecting the clergy and attending church. In addition, he insisted that people refrain from succumbing to temptations. "Debauchery, gambling and drunkenness must be avoided. They lead to nothing except great misfortune."

In the section of the Mirror dedicated to young ladies, the authors repeat several times how important chastity and abstinence are before marriage. With repulsion, the authors describe the behavior of what is referred to as an "indecent lady” saying: "She laughs and speaks with everyone, runs around in the streets, sits down with other men, sings depraved songs. She amuses herself and gets drunk, hops around on the tables and the benches." Today this resembles the description of a prom, but in the 18th century, this kind of behavior was unacceptable.

Judging by the Mirror, table manners had not been a forte for many Russian noblemen at the beginning of the 18th century. "Don't grab the dish first, don't eat like a pig," exhorts the czar. "Be the last to take the dish when it is offered. Take the smaller part and give the rest to someone else." The list of prohibitions is vast: the nobleman must not lick his fingers, nibble at bones, wipe his mouth with his hand, scratch himself, or slurp and sniff.

But Peter, who himself enjoyed boisterous feasts in his youth, did not prohibit the drinking of alcohol. He just recommended the noblemen "first to decline if alcohol is offered and then accept with a bow." But the book cautions that alcohol must never be abused.

Ideas of etiquette in the 18th century were rather different from the ones we have today, as evidenced by statements like this: "If people are standing or sitting in a circle, no one must spit inside the circle, only outside…" However, according to the Mirror, if one does spit, they must thoroughly erase the traces of this by rubbing it out with their foot or spitting into a handkerchief before covertly throwing it out the window.

In this section, Peter also instructs the reader not to sniff and "pull in snots with the nose and then abhorrently swallow them." Instead, the noblemen are instructed that they must blow their noses, and do so quietly. The Mirror condemns those who "blow their nose as if they are blowing a horn and with this act scare little children."

Read more: Why was French spoken in Russia?>>>