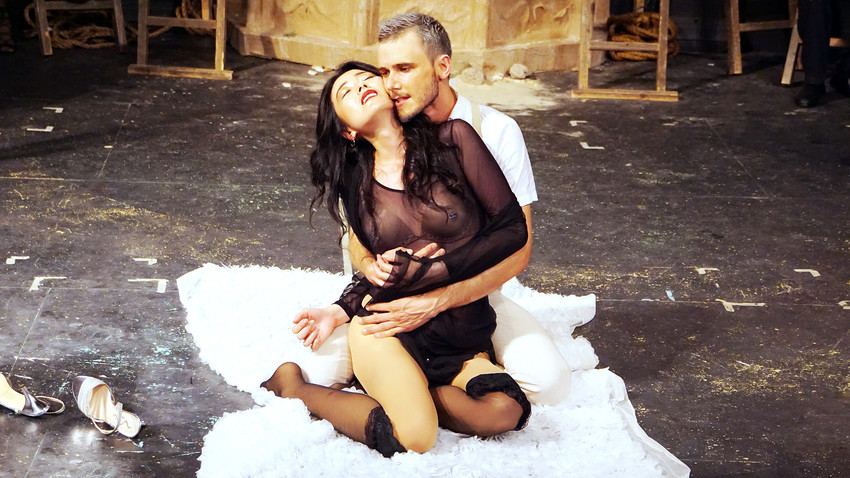 The Russian Arts Theater & Studio
Aleksey Burago, a Russian theater director, brought Bulgakov’s masterpiece and most mysterious book, Master and Margarita, to New Yorkers at just the right moment - when America’s absurd reality is soaring to new heights and the humiliation of the individual is the new norm.

Under the pseudonym of Woland, Satan arrives in Moscow with a foreign passport to host a witches’ ball. Meanwhile, two young people, lost in time and space, are truly in love. He is a struggling and tortured author, writing a book about Jesus, but ends up destroyed by Soviet critics and censors. She is trapped in the mundane reality of everyday life. Satan brews chaos throughout Moscow, but he’s also the one who eventually sorts everything out and punishes those who deserve it.

"I did this show for the people of New York City," director Aleksey Burago told RB. "The humiliation of the individual in the U.S. is now common, and it’s the first time in their lives when Americans are faced with the rise of totalitarianism, just like people in the Soviet Union in the Stalin era."

Master and Margarita is one of Bulgakov’s greatest novels and, at the same time, one of the most difficult books to adapt for the stage. The New York-based Russian Arts Theater and Studio successfully achieved this thanks to a bold and innovative approach. Tickets were sold out as soon as they went on sale, and at the final performance on Saturday Sept. 9 tennis star Maria Sharapova was in the audience.

"I was working to create a sense of panic and discomfort in a world of corrupt bureaucrats and many other people around us, who are constantly trying to prove their high status," Burago explains. "They are not afraid of any spiritual sort of punishment, and they only believe in material, physical strength. Woland and his team came to restore equality and a sense of justice." 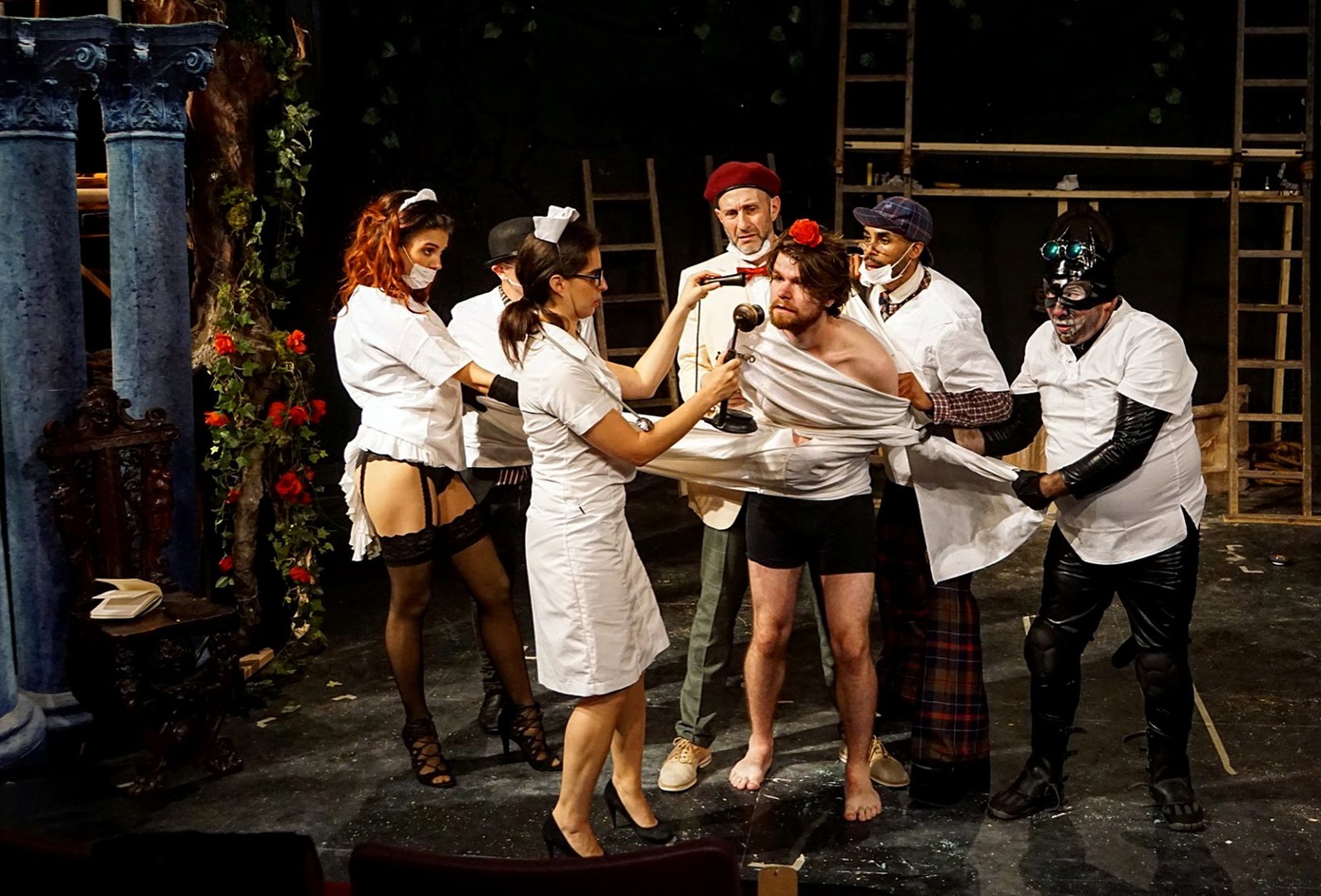 In the first part of Burago’s adaptation, the absurd reaches extreme heights, and the story looks like a diabolical puzzle that’s impossible to figure out. The audience has nothing left but to enjoy the rapid changes in scenes. In the second part, the love story shines through, and everything finally becomes clear.

The cast is international and includes Americans, Russians, Brazilians and Germans. All of Burago’s actors thoroughly researched life in Moscow in the 1920s in order to have a better understanding of how people lived then. The actors said they read a lot about Bulgakov’s life, which was ruined by state censorship.

Roman Freud, a graduate of the Boris Schukin Theater Institute in Moscow, moved to the U.S. in the early 1990s. He played Woland in Burago’s production and, to inspire his fellow actors, he shared his life experiences in the Soviet Union.

If you ever lived in Moscow you might believe that you’ve once met the devil with his enormous black cat hanging around the Patriarch Ponds. Even if you only read the book, however, you’ve probably seen all the characters with your inner vision, and know every line on Koroviev’s face or Margarita’s eye color.

That’s what makes it so difficult, almost impossible, to bring Master and Margarita to the stage. Many theater directors tried, and many adaptations have failed. Everyone in the audience has an idea of what the characters should be. 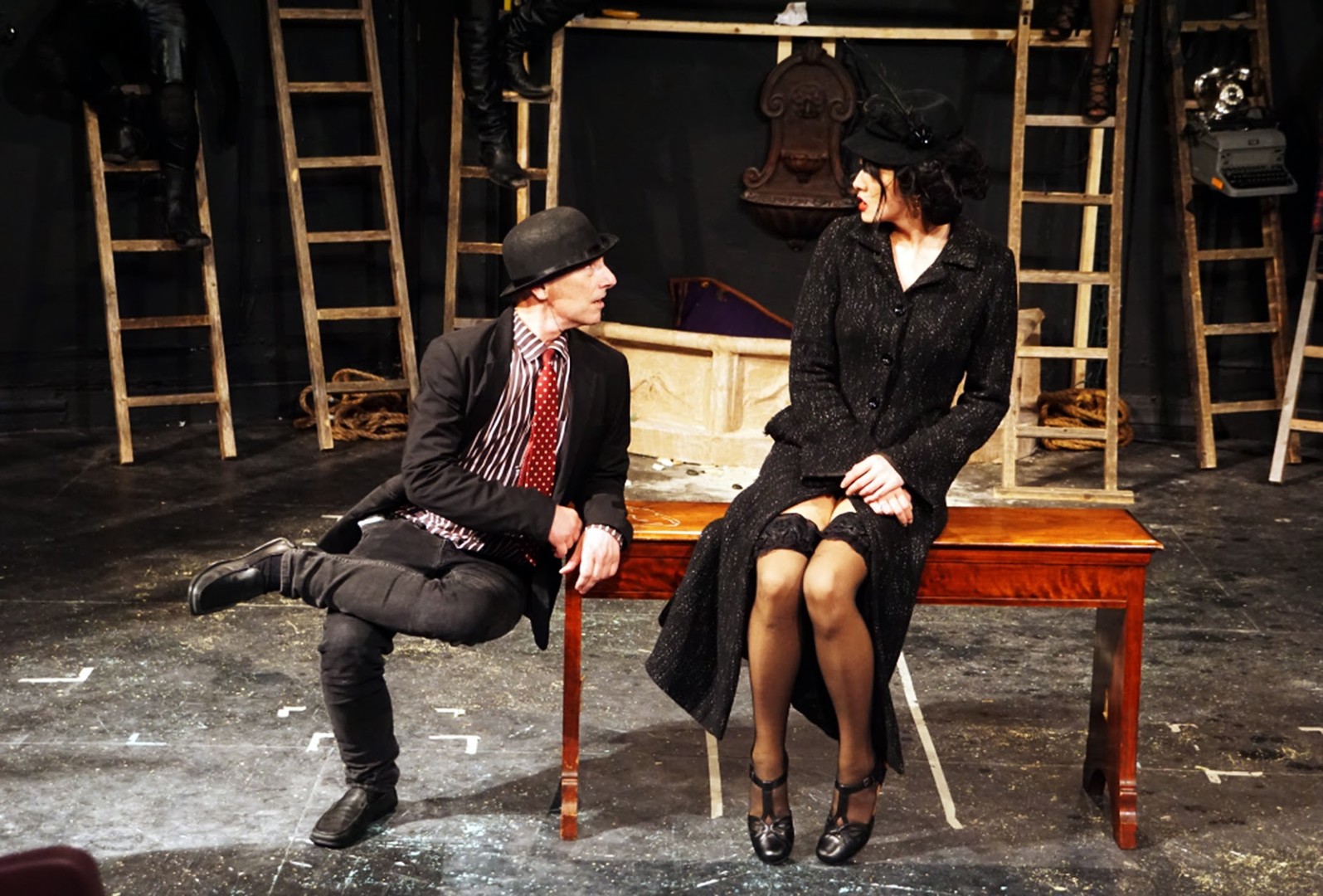 Di Zhu, a young New York-based actress of Chinese descent, is challenging preconceived notions of Margarita. Her strong and emotional performance makes you forget your expectations and you simply enjoy the beauty of art.

Having studied Stanislavsky and Chekhov, and participated in many previous performances of the Russian Arts Theatre, including Three Sisters and Crime and Punishment, Di Zhu told RB that she was concerned about people’s expectations, but her fear evaporated when she started rehearsing.

"As soon as we started getting into the process I just fell in love with Margarita’s strength, her passion, and felt connected to her," Di Zhu said.

The absurdity of life in the Soviet Union was easy to relate to for Di Zhu. "I’m coming from China, and a lot of things that Russian people suffered through we went through as well. I understand the idea of someone always watching you."