Treasures of the Moscow Metro: Hidden gems of the Purple Line stations

Culture
Boris Egorov
Most of the Purple Line (Tagansko-Krasnopresnenskaya) stations were designed during the Brezhnev period with its desire for modesty, when the days of Stalin’s grand architecture and large-scale decorations were far gone. Still, even these typically monotonous stations hide their brilliance. 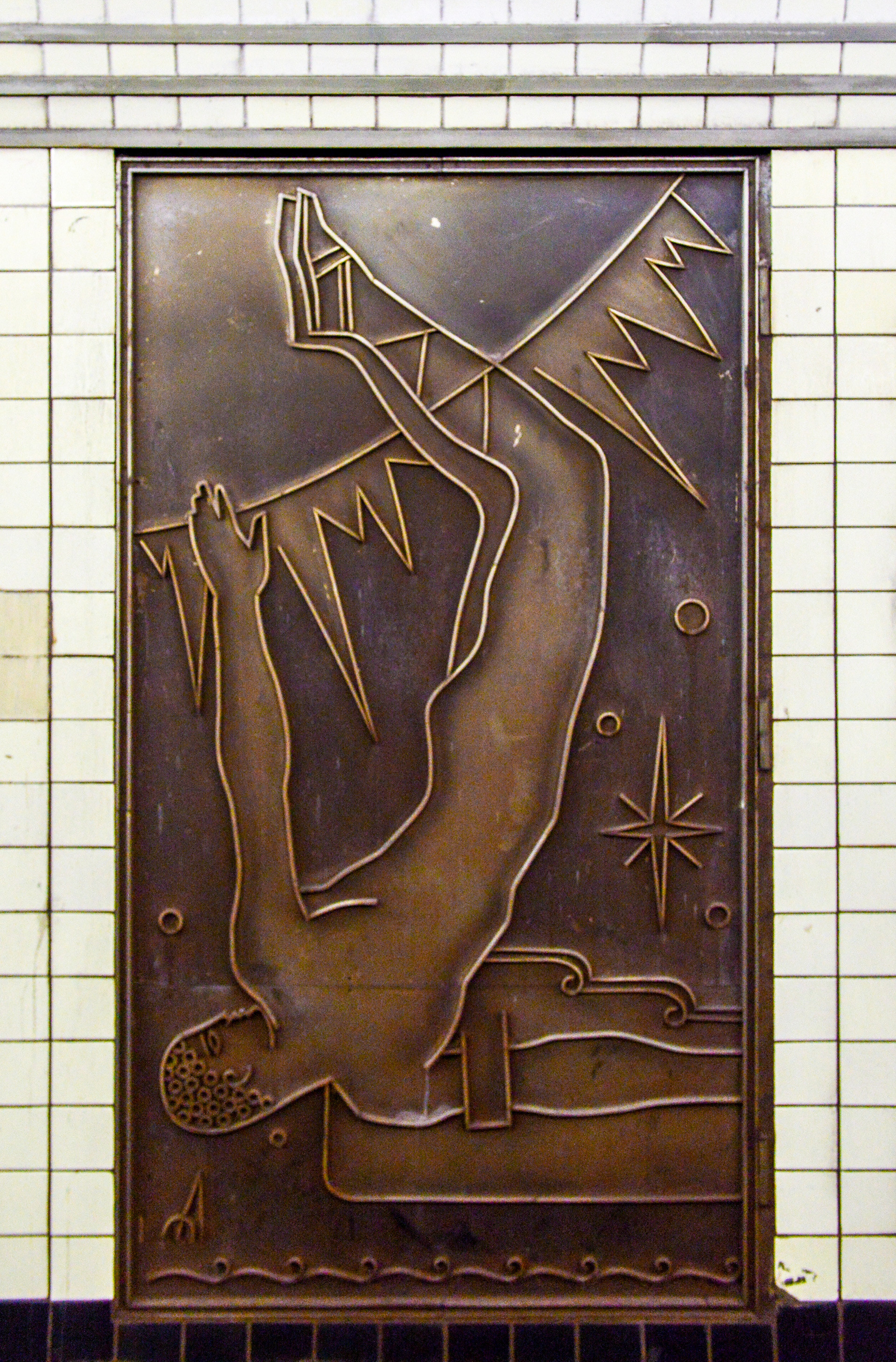 The marble walls of the Taganskaya metro station are decorated with 10 metal panels made by the Soviet artist Eduard Ladygin. The panels are dedicated to the history of aviation and exploration of space from the origins to Gagarin’s flight.

Leaving the metro, you will find yourself on the eponymous square, where the legendary Taganka Theater was founded by Yuri Lyubimov. 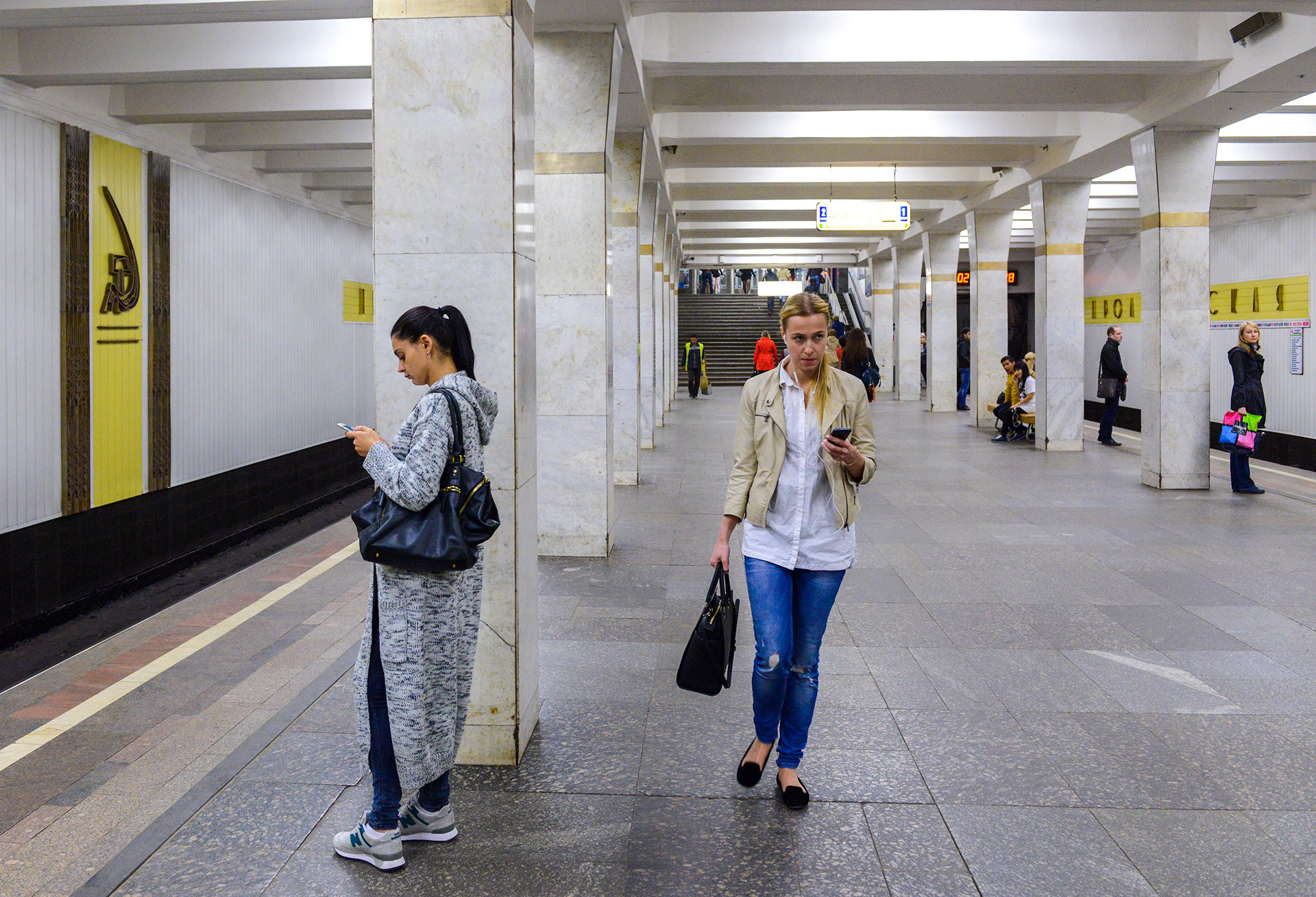 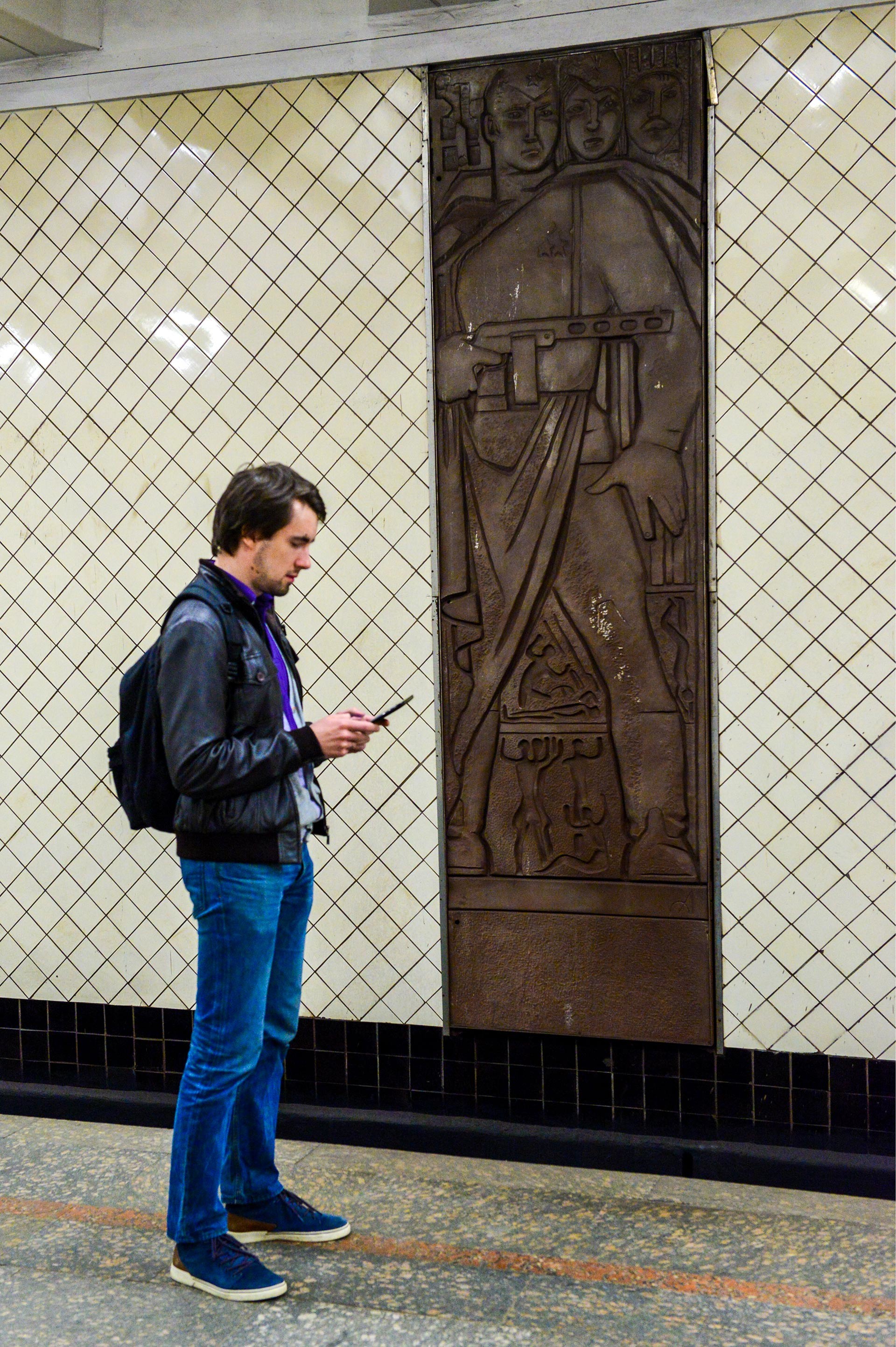 Another work by Ladygin can be found on the walls of the Volgogradsky Prospect station. Here, they are dedicated to the city of Volgograd (in 1925-1961 known as Stalingrad).

Four panels depict soldiers – participants of the Battle of Stalingrad, the turning point in the Great Patriotic War, alongside workers, artists and scientists. The panels were stylized in tune with the art of Ancient Egypt with one or several major figures in the center and many small features reminiscent of hieroglyphics. 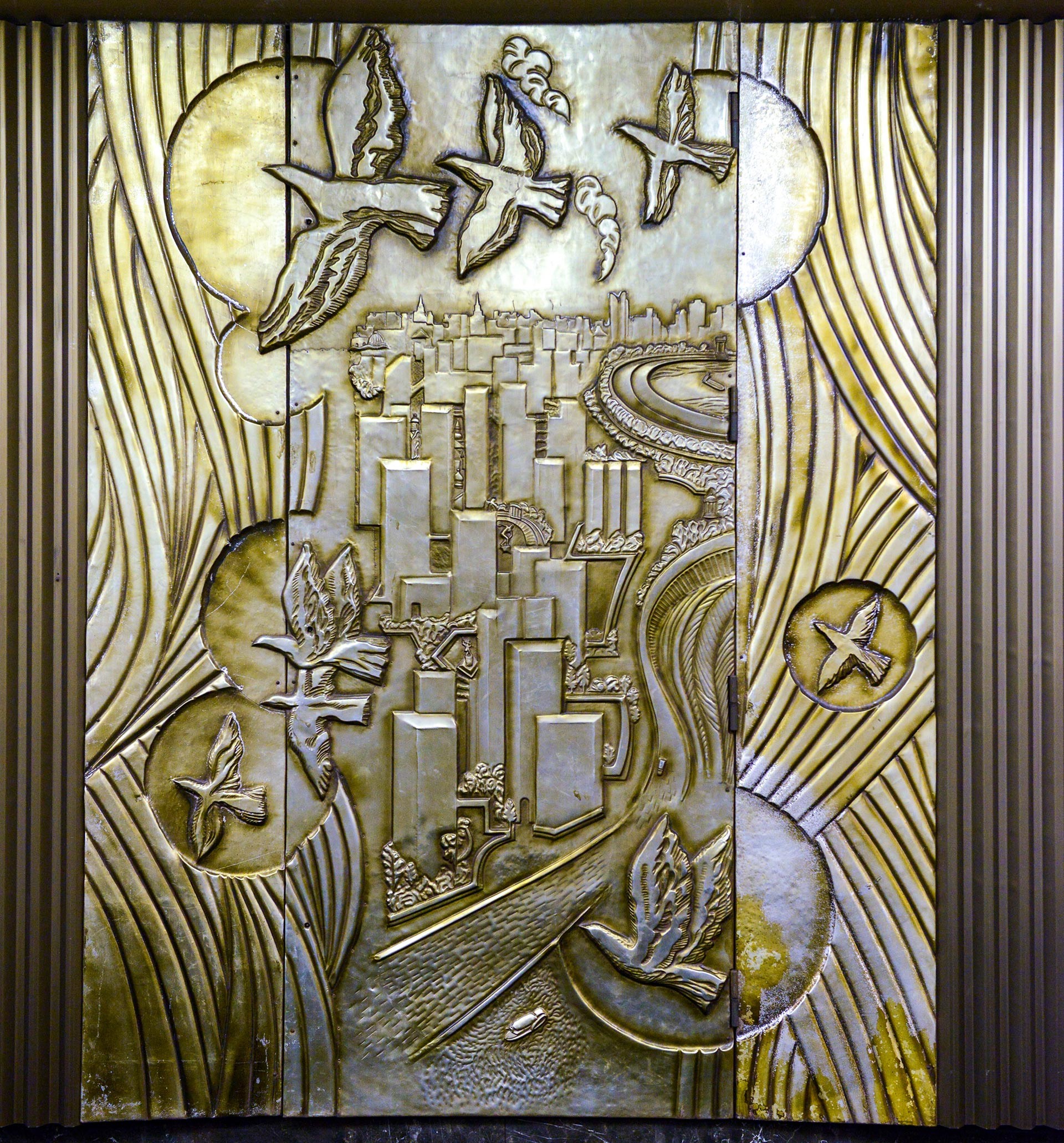 Four panels (two original and two copies) decorate the walls of the Shchukinskaya metro station. They depict 1970s Moscow with its rapidly changing face, when a great amount of new houses were built. 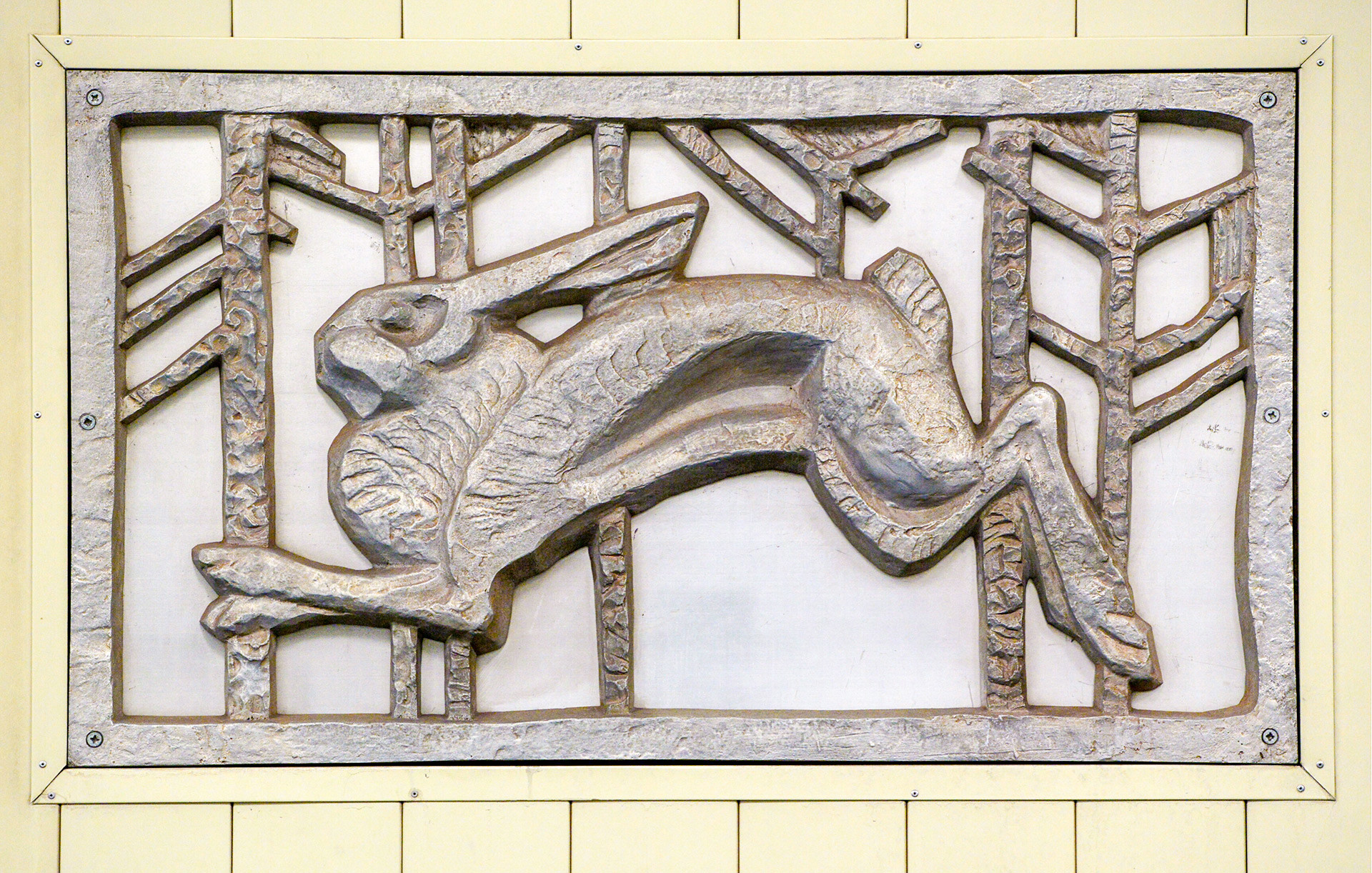 The cast bas-reliefs on the walls of the Kuzminki metro station were designed by the artist Grigory Derviz. Animals and children walking in the forest are shown on the bas-reliefs; the largest of them conceal worker entrances. 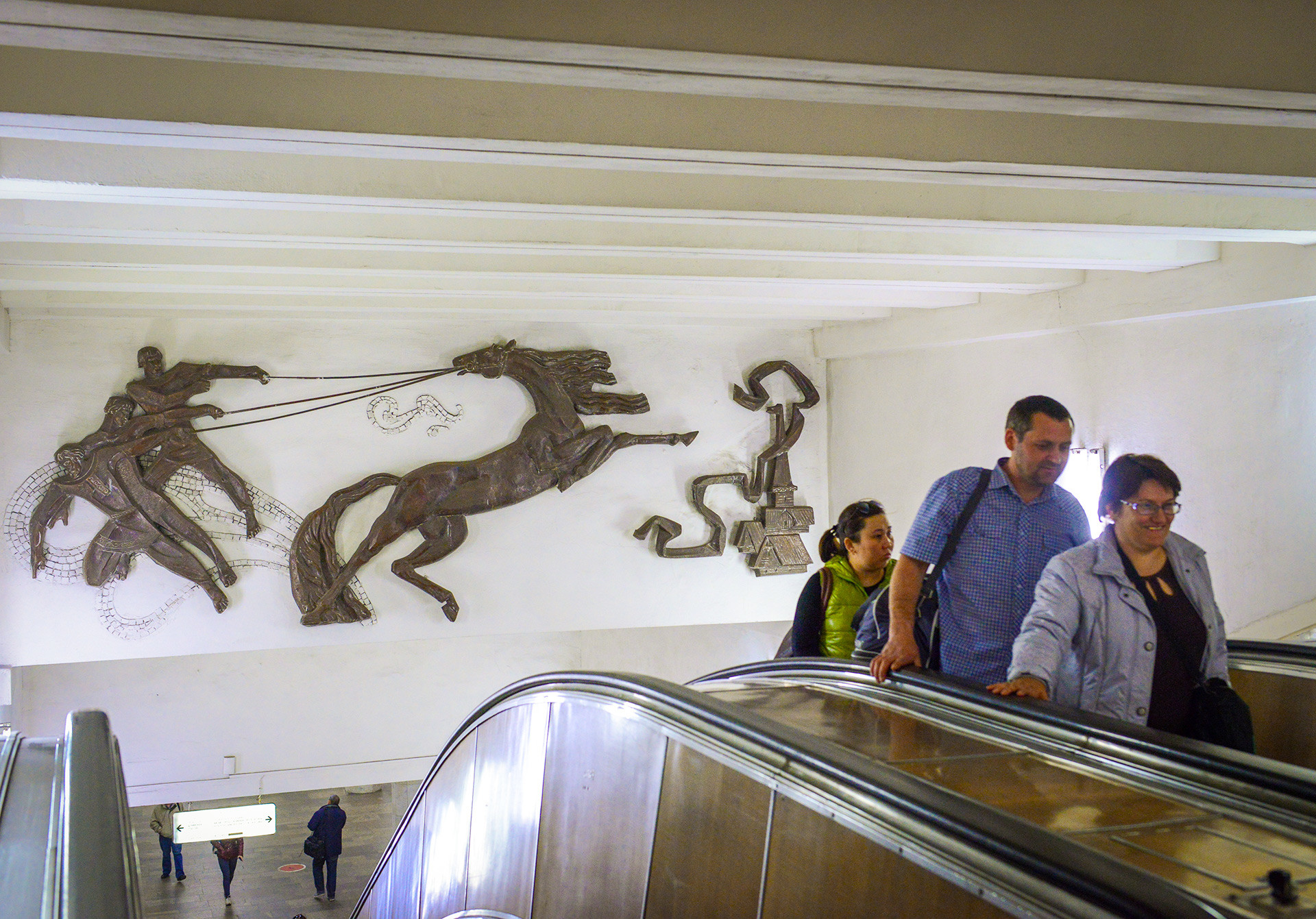 The decoration of the Begovaya metro station is dedicated to horse racing and was named after the nearby Central Moscow Hippodrome. The word “begovaya” means “running” in Russian.

The vestibule is decorated with the panel “The Mighty Horsemen.” The staircase walls have high reliefs that are also dedicated to equestrian sport. Everything was designed by the artist Ladygin. 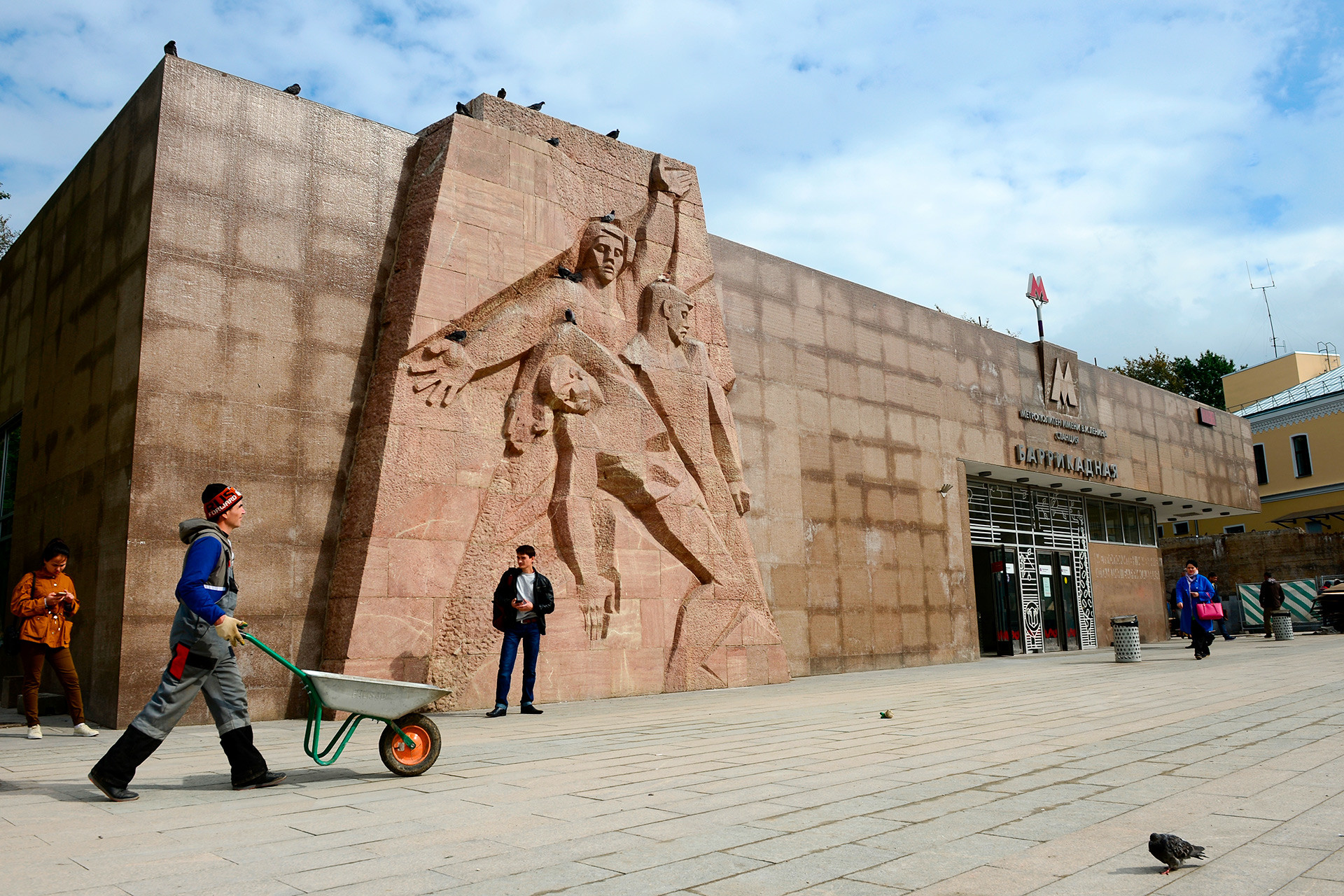 The facade of the ground vestibule of the Barrikadnaya metro station is decorated with a bas-relief composition depicting fighting revolutionaries. This was a dedication to the culmination of the 1905 Russian Revolution – the December Moscow uprising.

On the surface, leaving the station, you will see one of the famous Stalinist skyscrapers and the entrance to Moscow zoo, one of the largest in the world. 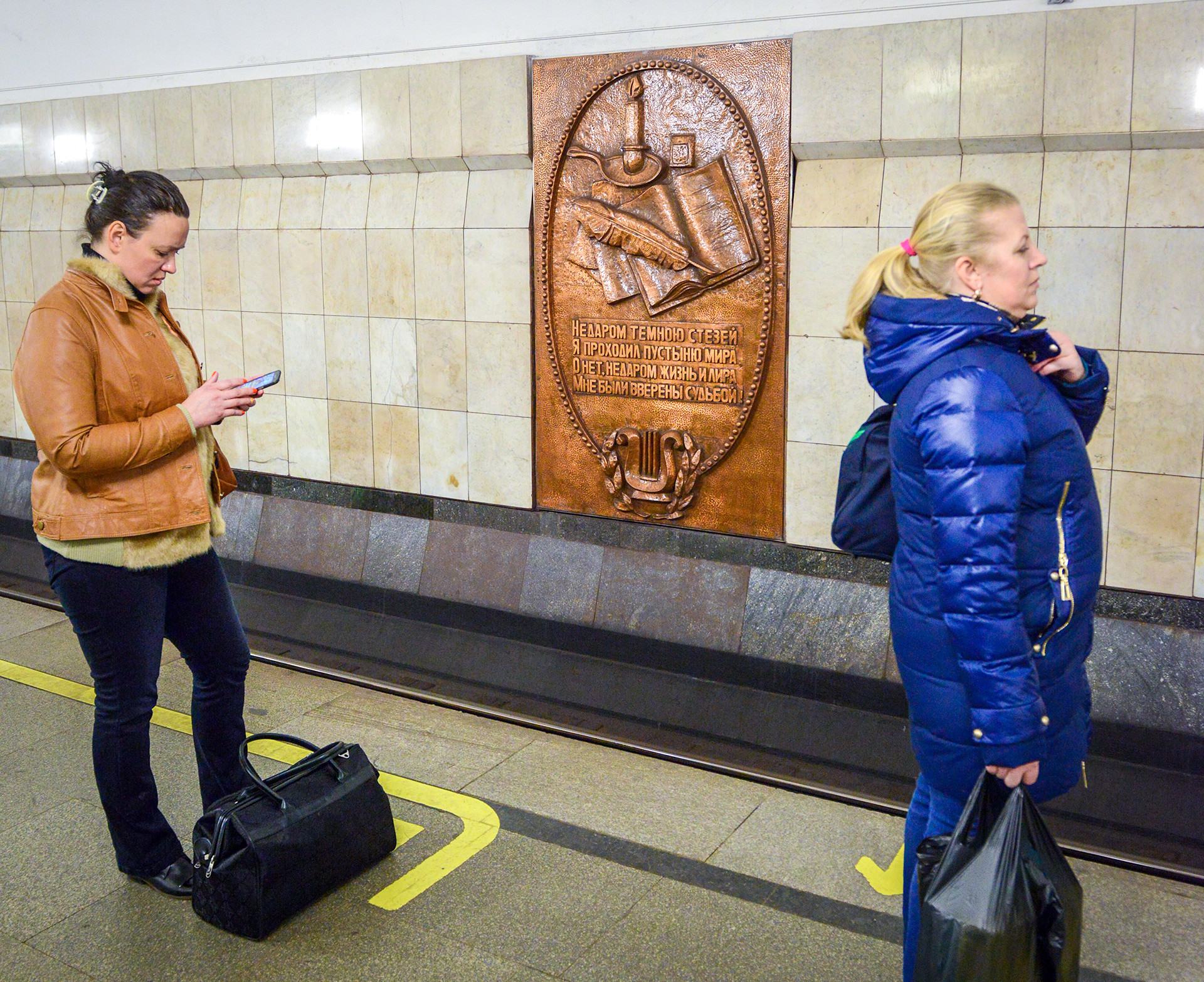 The wall panels are dedicated to Alexander Pushkin. Each panel has an image of a location connected to the great Russian poet: Moscow, St Petersburg, Tsarskoye Selo Lyceum, where he studied, the Pushkin family’s Mikhailovskoye Estate and the poet’s grave at Svyatogorsky Monastery in the Pskov Region.

Each image is accompanied by lines from Pushkin’s works. 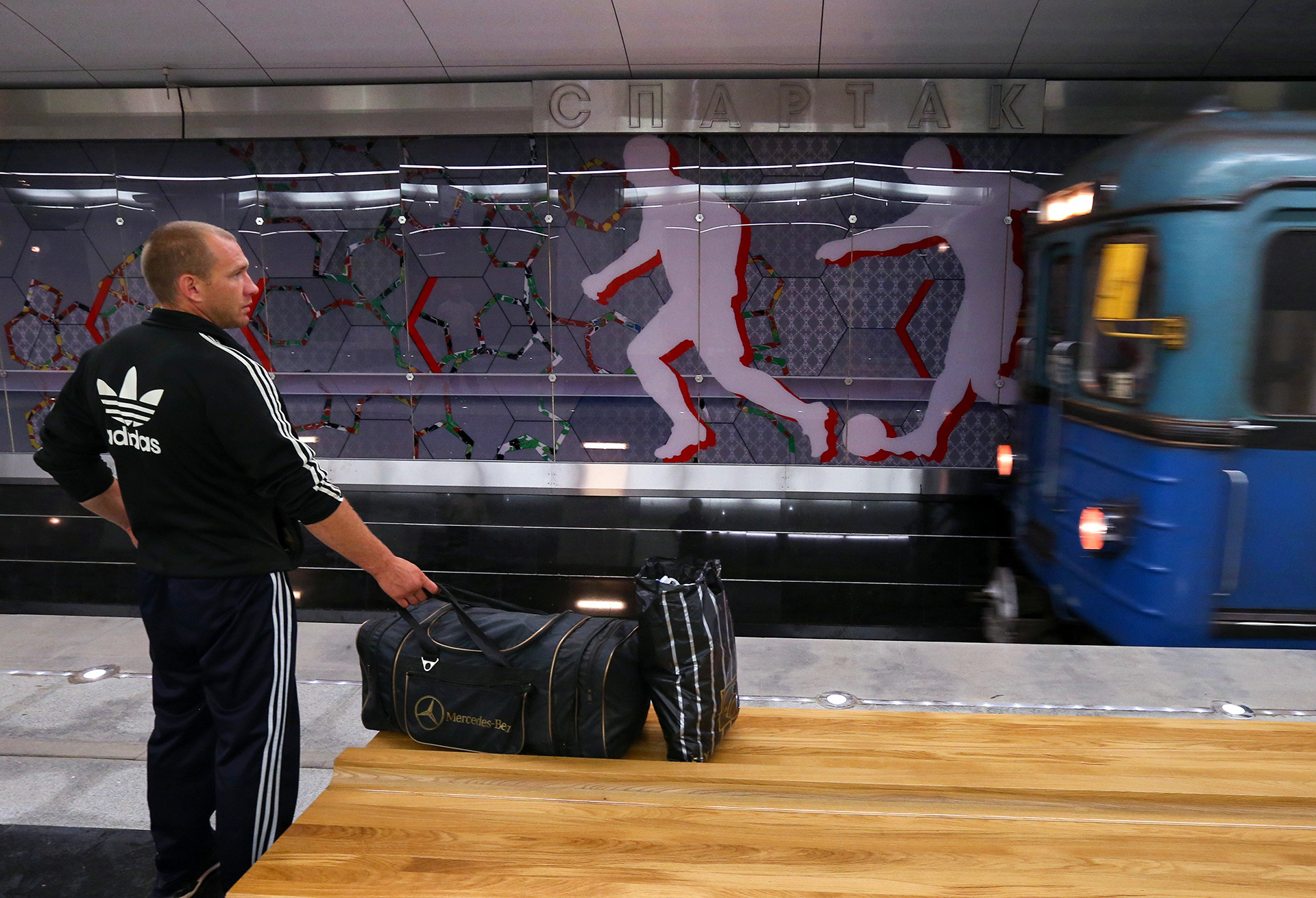 Spartak metro station (formerly known as Volokolamskaya) had been under construction since 1970s, but the project was frozen due to mismanagement. The station was finally opened on August 27, 2014, the same day as the nearby soccer stadium of Spartak Moscow.

The station is decorated with panels dedicated to soccer. The main design colors are white and red – the colors of Spartak.